dade
@0xdade
Oh how far we've come. The left is the first hard drive I bought when I went to college, it has lasted 12 years of almost constant power on - torrenting Linux distributions and making them available on Plex. The right cost only marginally more than the left did.

dade
@0xdade
New book has arrived. Pretty excited for this one. 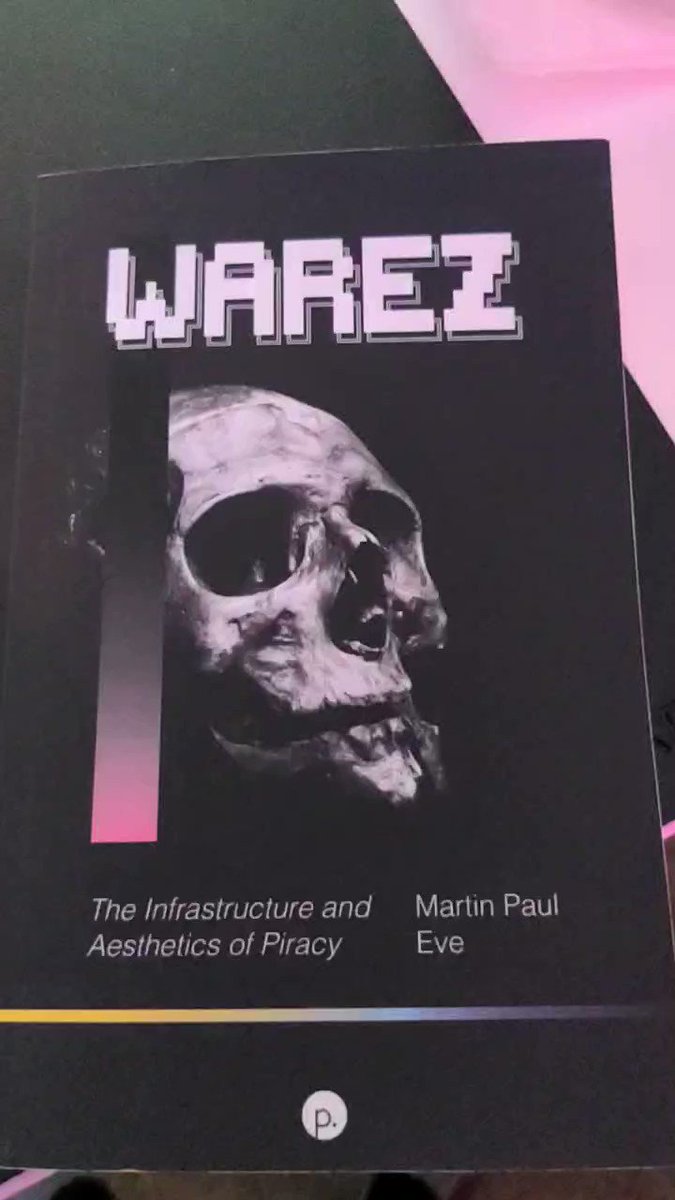 dade
@0xdade
Infosuck love to spout the importance of devices not having default passwords and then when someone rightfully points out that this is a security problem, even though it's one we've all known, infosuck love to make fun of it as not important. "It's bad but it's our bad" Foh
08 Dec, 2021 - 05:18 PM UTC

dade
@0xdade
Anyone hiring devs fresh out of bootcamp? Python / Django / MERN experience from bootcamp, no prior dev experience. Remote friendly is preferable due to family obligations, but relocation can be discussed if the opportunity is good. Asking for a friend.
08 Dec, 2021 - 02:09 AM UTC

dade
@0xdade
Picked up all the zines from @b0rk. Bonus stickers! 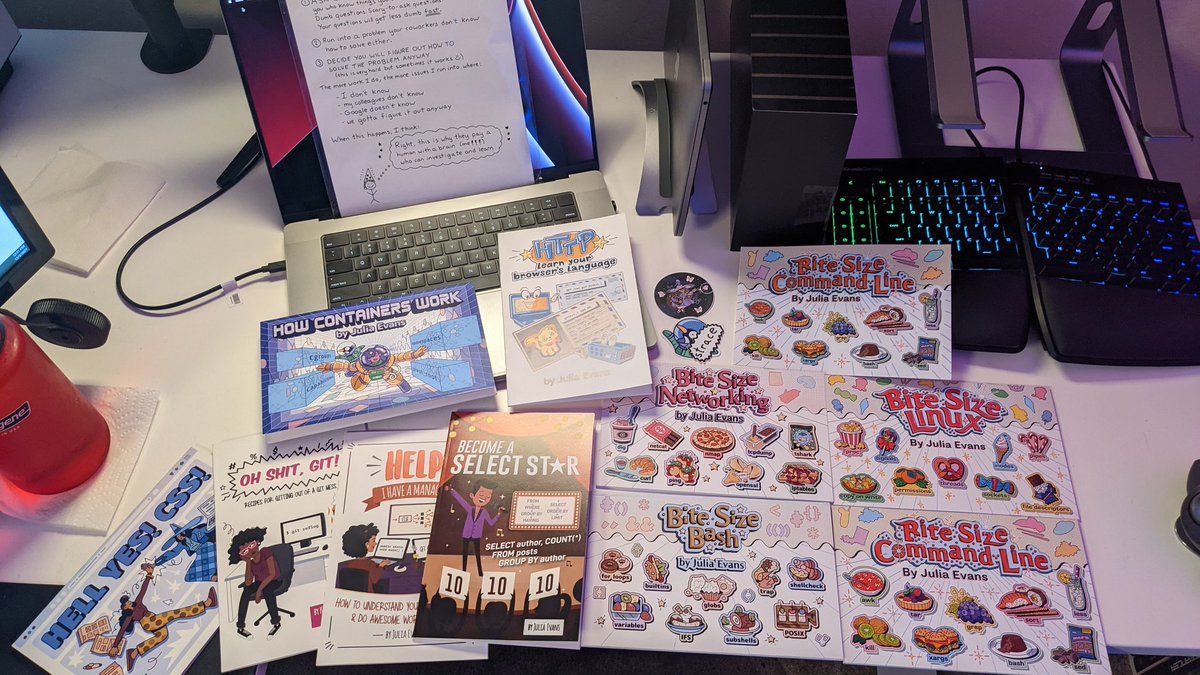 dade
@0xdade
I feel like Twitter for Android is now consistently extremely slow, and as a result, I spend a lot less time doomscrolling. Finally Twitter did something right by making their product worse.
03 Dec, 2021 - 08:39 PM UTC

dade
@0xdade
It would be cool if you could use yubikeys as a 2FA for macOS login. Yeah I know you can do smart card login, but this replaces password login and I want to supplement.
30 Nov, 2021 - 09:07 PM UTC

dade
@0xdade
Today I am thankful that infosec twitter hasn't yet noticed that Signal soft launched a cryptocurrency wallet and payments integration yesterday, which will surely incense many of you. Happy Thanksgiving 😏
25 Nov, 2021 - 06:56 PM UTC 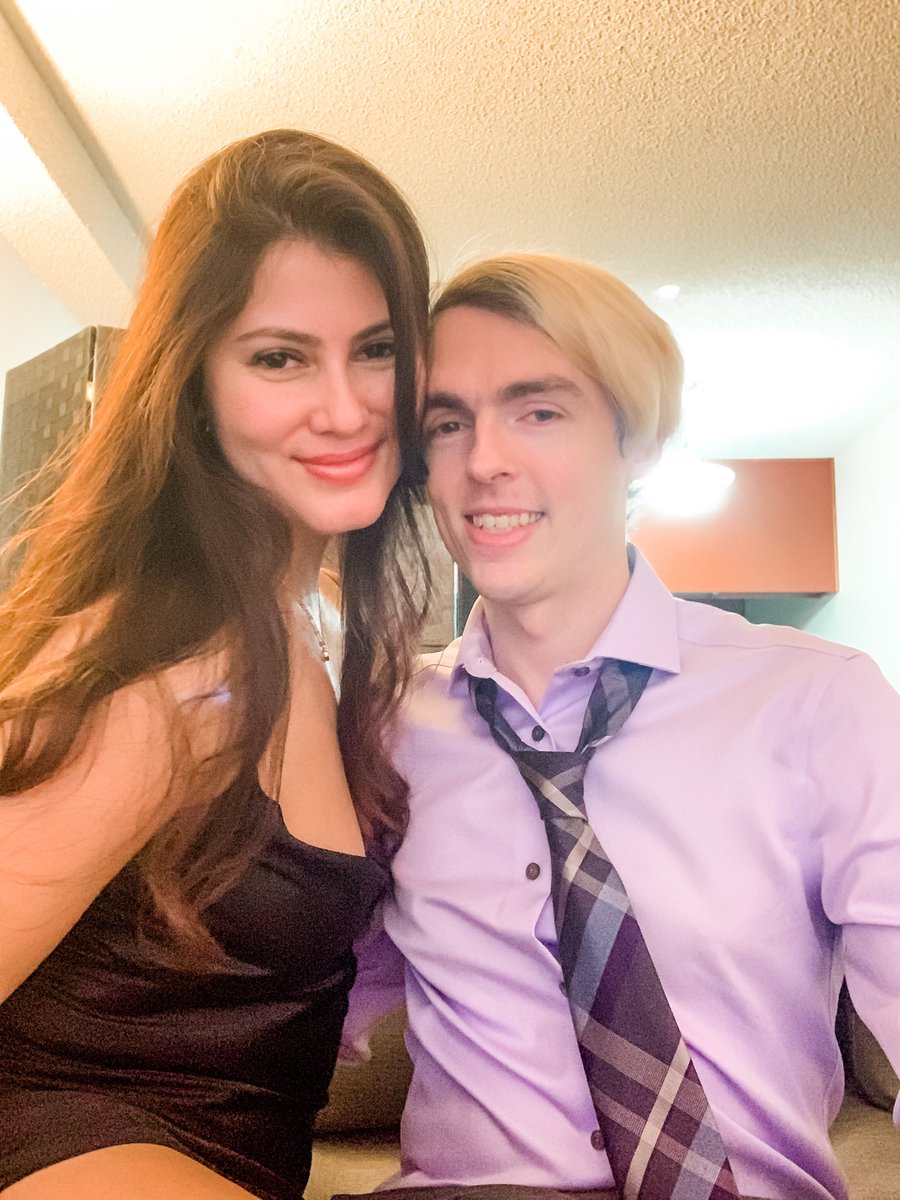 Lorin Hochstein
@norootcause
As a software developer, you may be called upon to perform some of these tasks in your career. How well a CS degree prepares you for these tasks (and whether it even should prepare you for these) is left as an exercise to the reader. 🧵 1/
27 Dec, 2021 - 05:27 PM UTC

@MalwareTechBlog
Luckily due to the many eyes auditing open source software this CVSS 10.0 vulnerability didn't go unnoticed for 7 years, causing one of the most major security incidents of recent time.
14 Dec, 2021 - 03:17 AM UTC

@k8em0
If your tech employer isn’t giving you a big raise *just to cover historic inflation*, you should be looking for a new tech job. Moving companies is the fastest way to increase your base pay. You won’t live forever. Don’t confuse their wage theft with your strong work ethic.
13 Dec, 2021 - 10:05 PM UTC

DM of Engineering
@dmofengineering
Your party is resting in the forest. Suddenly the log you are sitting on bites you. Roll for initiative and cancel everyone’s PTO.
11 Dec, 2021 - 09:13 PM UTC

Dare Obasanjo
@Carnage4Life
Keanu Reeves' reaction to this question about NFTs is priceless.

Joe Fitz
@securelyfitz
@Raspberry_Pi @aallan I urge you to reconsider. If you honestly believe RPI is a production-worthy device, then you should be taking this seriously. The vulnerability is privilege escalation. Ignoring it means you're OK with *any* process on the system escalating it's privilege. https://t.co/PTNqWJjFuE
09 Dec, 2021 - 09:45 PM UTC

in hiber-nat-ion
@tesseralis
smh an advent calendar is when you open up a little door and get a godiva chocolate or smth. wtf is 'advent of code'? "it's december 3rd, your gift for today is... a hackerrank interview"
02 Dec, 2021 - 03:28 AM UTC

Dan
@dan_abramov
i’m not a brat but when daddy says you can’t be the dog, i find it hard to resist thinking, oh yes, i can absolutely be the dog. just out of spite, a dog with absolutely no ideas, the doggiest copy paste dog. woof
25 Nov, 2021 - 11:16 AM UTC

sysengineer
@_sysengineer
Idk who allowed me to have photoshop honestly 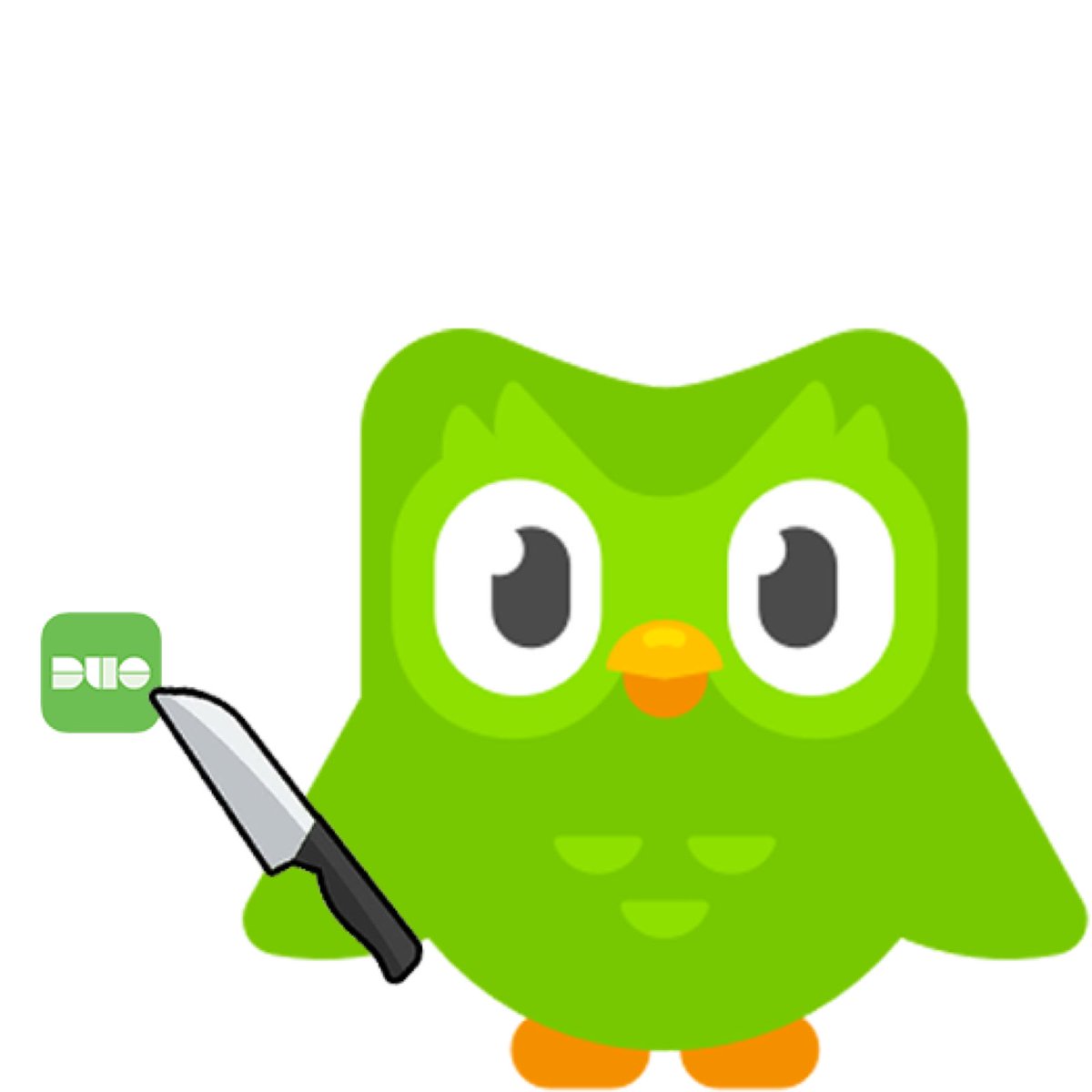 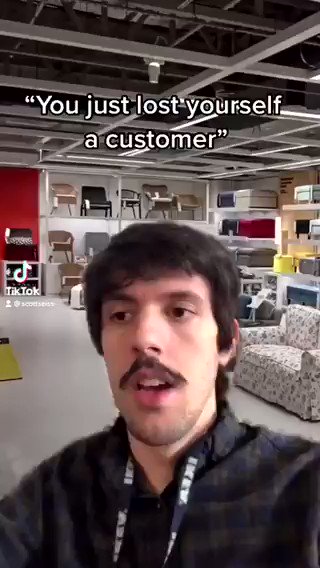 Jamon ⛄️
@jamonholmgren
Bots being passive-aggressive with each other. 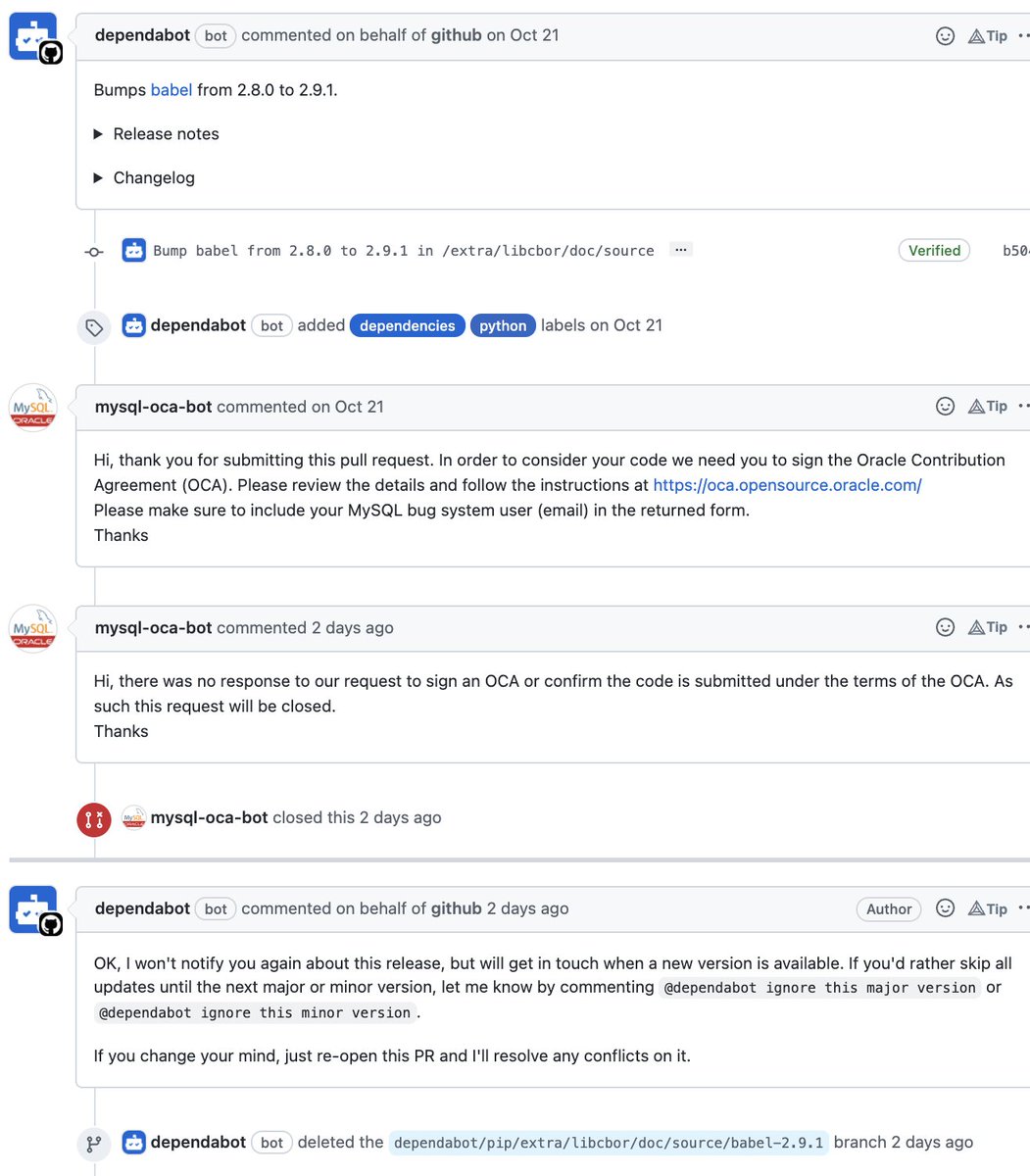