I talk sports with conviction and that bothers some people. OneSoccer and CBC Sports
11,201 tweets
80,474 followers
3,958 favourites
2 tweets per day
2011 since
516 following
726 listed
Toronto, Ontario location
Follow @AndiPetrillo on Twitter

@AndiPetrillo
Crushing for Montreal to give up those two points. It’s a fight in the East for a playoff spot. But man, that Altidore free kick was just disgusting. And by disgusting I mean a thing of beauty. 1-1 the final #TFC #CFMTL
24 Oct, 2021 - 01:33 AM UTC

@AndiPetrillo
With the Olympic flame lit this week,the COC has made this announcement on their vaccine mandate:“We know that the best way to keep athletes, staff, & the communities we live, train and compete in safe, is for all members of Team Canada to be fully vaccinated against COVID-19.”
20 Oct, 2021 - 03:32 PM UTC

@AndiPetrillo
Electric inside BMO Field. Canada gets 3 goals in 12mins in the second half to lead Panama 4-1 in a massive World Cup qualifier. 6mins to go @CanadaSoccerEN @onesoccer
14 Oct, 2021 - 01:17 AM UTC

@AndiPetrillo
Ohhhh now I understand my mother when she used to say fashion was cyclical and ‘I used to wear that!’ I’ve officially reached that age. Welcome back 90’s, I’ve missed you. #IUsedToWearThat 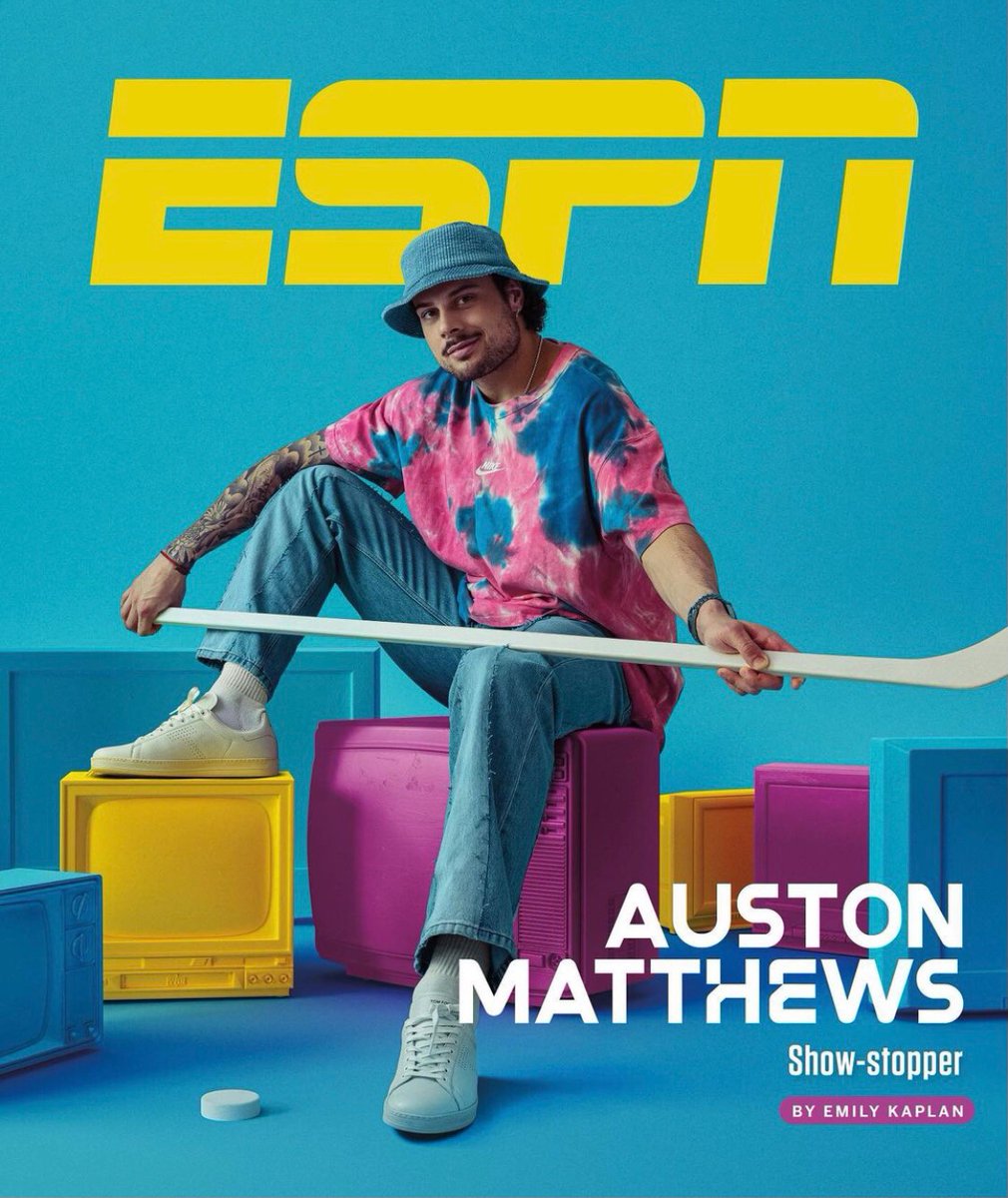 @AndiPetrillo
After watching the tug of war scene in the Squid Game, I’m more convinced than ever it should be an Olympic sport. But like, everyone lives at the end.
13 Oct, 2021 - 12:40 AM UTC

@AndiPetrillo
That’s right- CHL on CBC Sports! Starts tomorrow. Games will be available across our digital platforms with select games on the network. See you then! https://t.co/YrBrmJAD7x
01 Oct, 2021 - 02:44 PM UTC

@AndiPetrillo
Canada Soccer has announced the Celebration Tour for the women’s soccer team who took Olympic gold. Oct. 23rd in Ottawa and Oct. 26th in Montreal. Both against New Zealand. Both on @onesoccer
29 Sep, 2021 - 06:07 PM UTC

@AndiPetrillo
Under her guidance the team has reached their highest world ranking of 4th, made back to back appearances at the Olympics, and took Gold at the Pan Am Games and FIBA Americas Championship. A bright future for a program she helped develop. https://t.co/MTvKYWZQzA
28 Sep, 2021 - 03:00 PM UTC 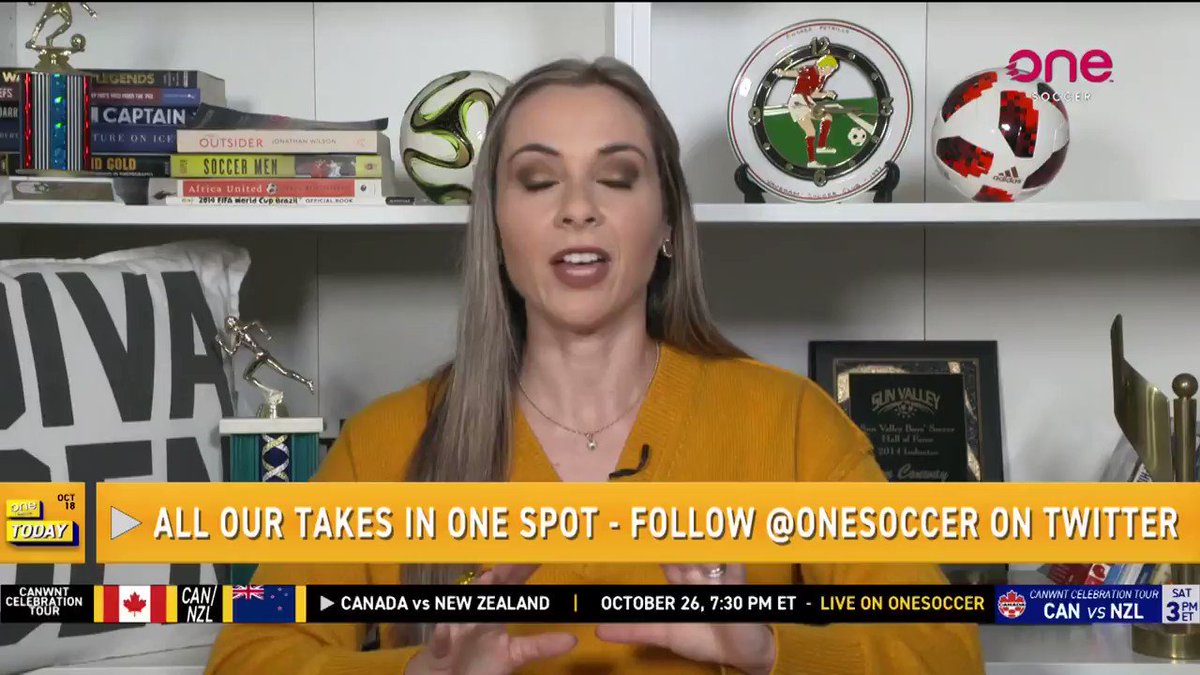 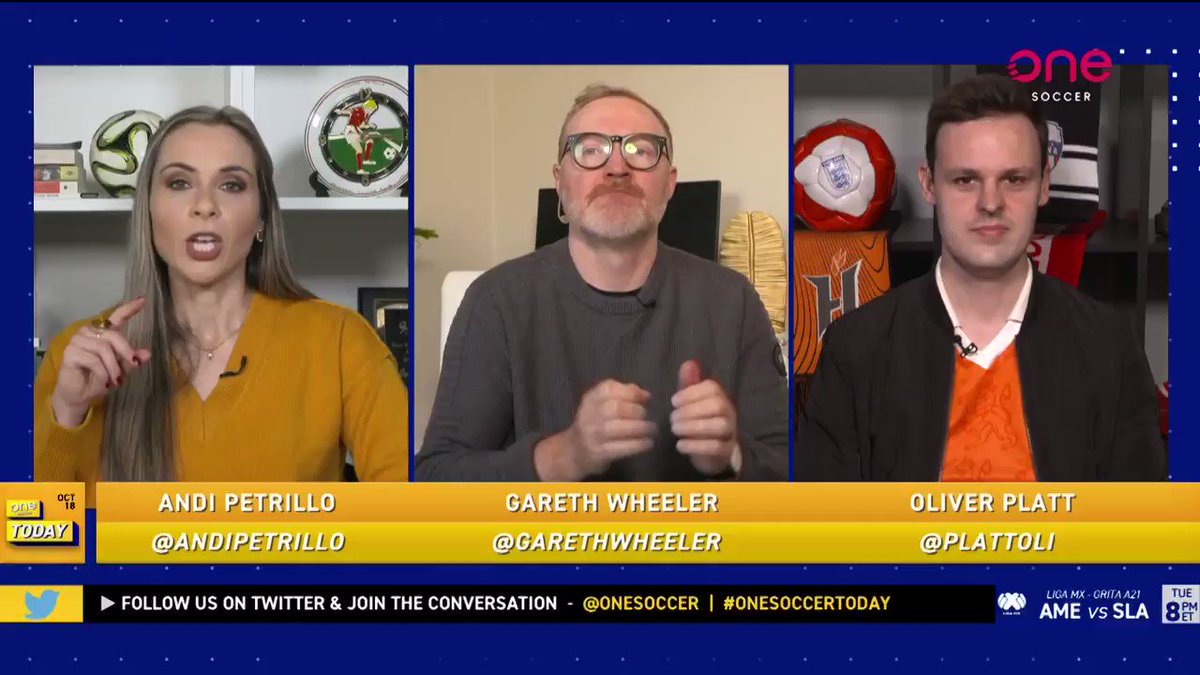 @onesoccer
Let's talk about Alphonso Davies, shall we? 🗣 Here's @AndiPetrillo, @plattoli, and @KristianJack with more on the Canadian PHENOM 👀🍁 WATCH (FULL) ▶ | #CanMNT https://t.co/u3ElgK6a1S 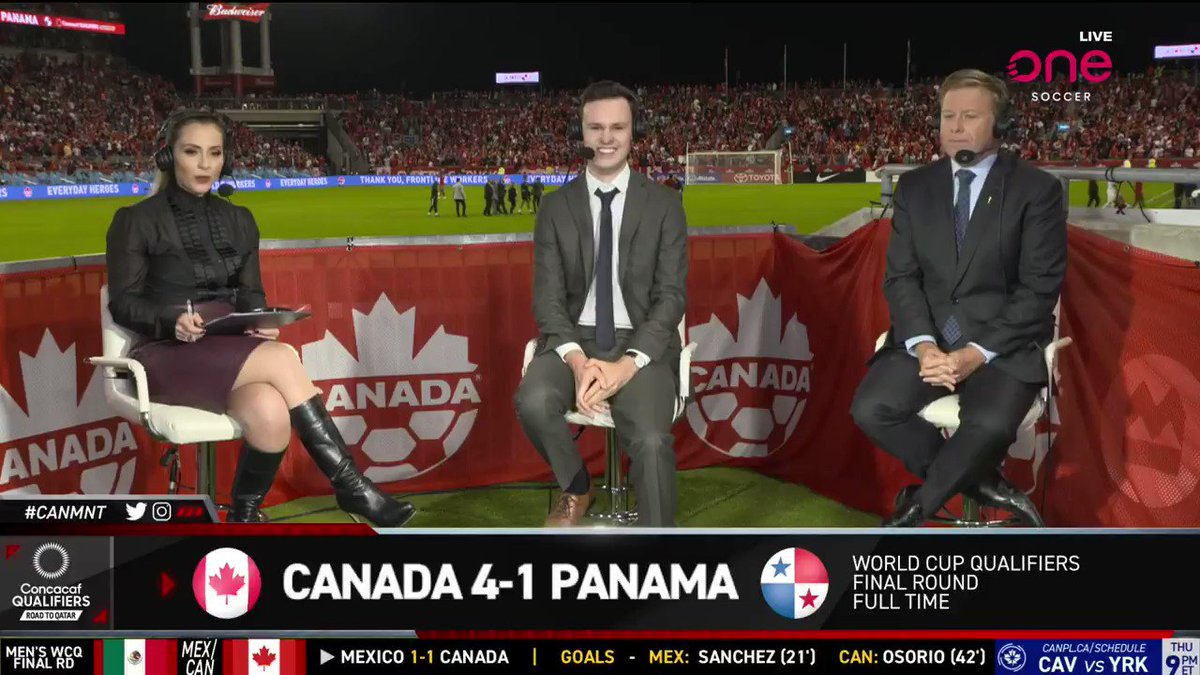 Toronto Wildlife Centre
@TWC_Wildlife
We are aware of this situation and our teams are on standby. If you come across wildlife affected by the oil spill in the Sugar Beach area of downtown Toronto, please contact our Wildlife Hotline at 416-631-0662. Thank you. https://t.co/6QJVUVcnOe
07 Oct, 2021 - 07:56 PM UTC

@onesoccer
This week, @AndiPetrillo was joined by @KatieJStrang on OneSoccer Today to talk about sexual harassment investigations launched against a former #NWSL coach Here's a rundown of the situation, and what comes next 👇 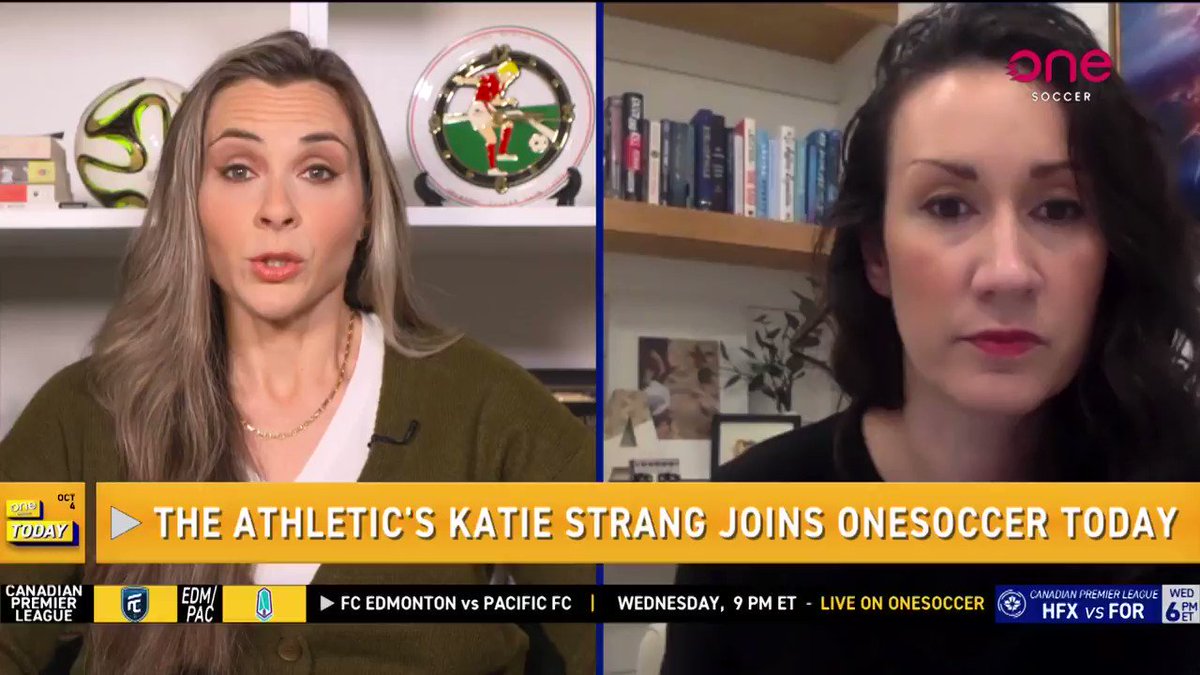 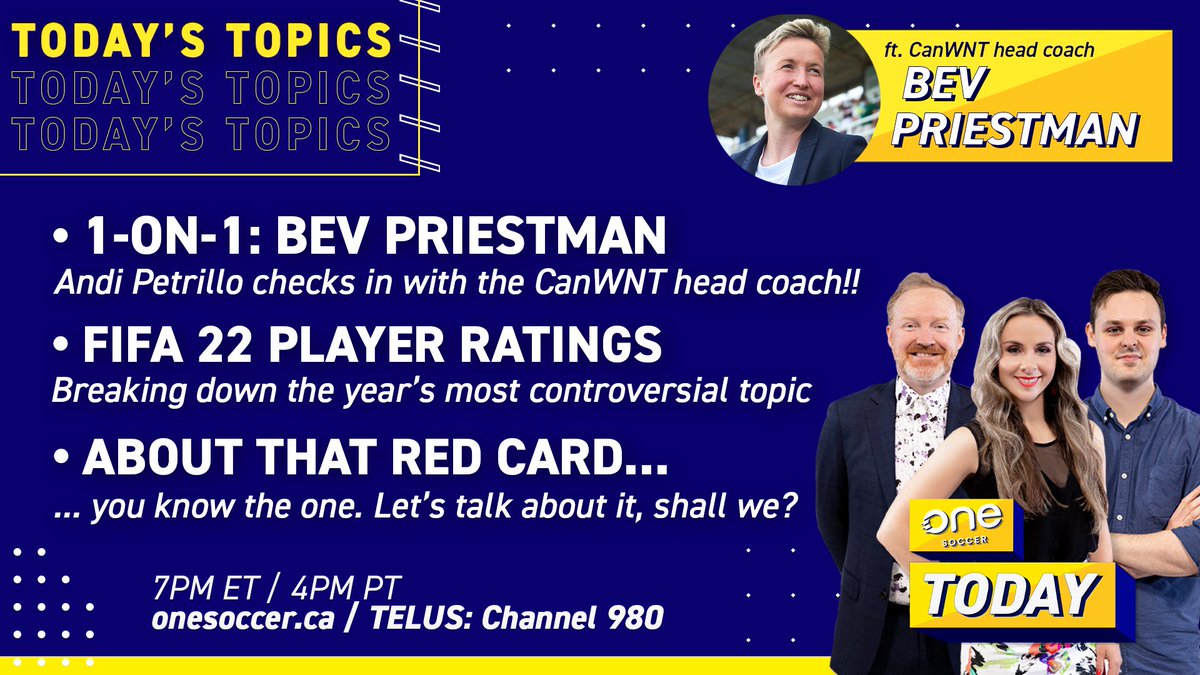 @onesoccer
1-ON-1 🇨🇦🎙 #CanWNT goalkeeper Steph Labbe joined @AndiPetrillo on OneSoccer Today to talk about her Olympic gold medal at #Tokyo2020 with #TeamCanada, as well as the role of mental strength and health in pro sports WATCH (FULL) ▶️ https://t.co/9jPwA7iKGt 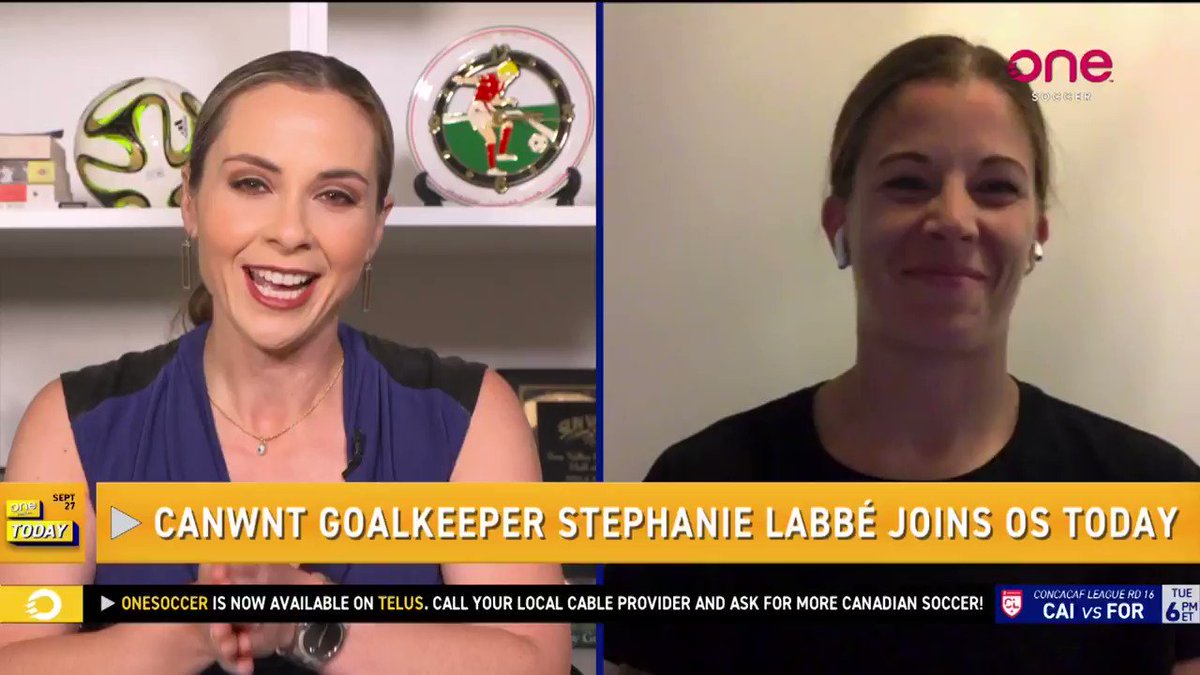 @frank_seravalli
At #NHL Player Media Tour in Chicago, deputy commissioner Bill Daly tells @DailyFaceoff the league is projecting 98% of players will be fully vaccinated prior to start of the season. Expectation is 10-15 total players will be unvaccinated - subject to more stringent protocols.
16 Sep, 2021 - 02:06 PM UTC

Oliver Platt
@plattoli
Serious problem for Concacaf. Costa Rica, Panama, and Mexico are all red list. Would mean no Jimenez for Mexico and Jamaica being without Bailey (as well as ruling out Antonio) for their first two away games in Mexico and Costa Rica. https://t.co/ncbygdj9o3
24 Aug, 2021 - 06:18 PM UTC 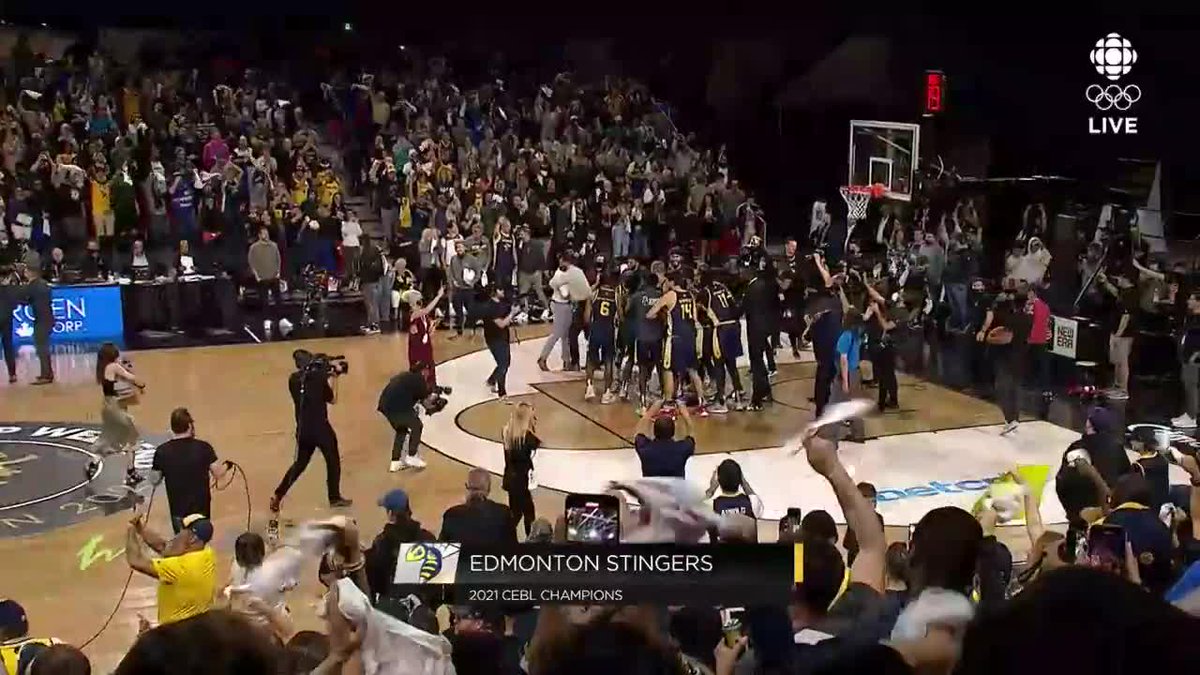 @mikemorreale18
After 53 games and another season in a pandemic it comes down to this: The top two teams in the @CEBLeague on national television 4pm ET @cbcsports & https://t.co/z4Nj41SWHi Gotta love what it took to get here and can’t wait to see the trophy raised and confetti fall 🇨🇦🏀#OurGame
22 Aug, 2021 - 12:39 PM UTC
@andipetrillo's