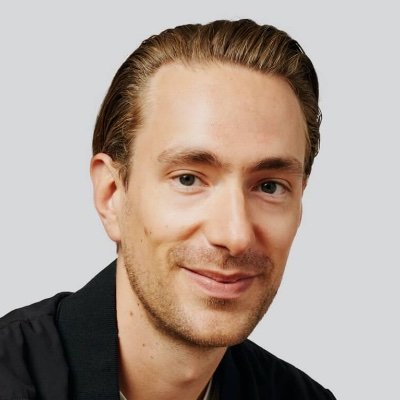 Co-founder of Tiny w/ @_Sparling_. We own @Dribbble, @AeroPress, @WeCommerce_co, and 40+ other wonderful companies. Funding science and journalism on the side.
18,546 tweets
190,292 followers
29,363 favourites
1 tweets per day
2006 since
3,366 following
3,544 listed
Victoria, Canada location
http://www.tiny.com website
Follow @awilkinson on Twitter

@awilkinson
“An economist is an expert who will know tomorrow why the things he predicted yesterday didn't happen today.” –Laurence J Peter
01 Oct, 2022 - 02:17 AM UTC

@awilkinson
At Tiny, I've hired CEOs for 60+ companies and interviewed hundreds of others. After over a decade of trial and error (and I mean BIG errors), here’s our hiring process:
29 Sep, 2022 - 07:04 PM UTC

@awilkinson
“I believe in the discipline of mastering the best that other people have ever figured out. I don’t believe in just sitting down and trying to dream it all up yourself. Nobody’s that smart.” –Charlie Munger
25 Sep, 2022 - 04:08 PM UTC

@awilkinson
Give me your best trade ideas: Inflation hedges that you can buy right now on the public market. Could be stock, options, bonds, whatever.
22 Sep, 2022 - 05:28 PM UTC

@awilkinson
Chris and I are in Ottawa today. Anyone interesting want to grab coffee this afternoon? We've got a couple hours free.
15 Sep, 2022 - 03:55 PM UTC

@awilkinson
Ditto. @ramit's original book was the catalyst for me to start thinking about compounding, negotiation, and and focusing my energy on generating more money instead of saving on lattes. https://t.co/zZGEDJqmM3
12 Sep, 2022 - 08:20 PM UTC

@awilkinson
You can have the best design in the world. The best product. The most innovative features. But if your copywriting sucks...you suck. It's like having the world's best restaurant with a moldy, unreadable sign and front door that opens the wrong way...
12 Sep, 2022 - 08:17 PM UTC

@awilkinson
Idea: A copywriting agency that focuses 100% on Twitter. Send them notes/a story, they craft it into a hooky Twitter thread. Is this dumb? What would you pay per tweet thread?
06 Sep, 2022 - 03:44 PM UTC

@awilkinson
There's one home product that is always so insanely expensive that it makes me want to hurl: Drapes. Why do they cost so much and take so long to install? Who is disrupting this? Just got quoted $20k for simple white drapes in a room in our office.
01 Sep, 2022 - 09:46 PM UTC

@awilkinson
One of my favorite portfolio companies just launched a great new flushable cat litter. Can anyone intro them to PetCo or PetSmart? https://t.co/n21ydKhSKZ
25 Aug, 2022 - 07:25 PM UTC

@awilkinson
A simple insight that sounds depressing but makes life a lot easier in the long run: Never expect people to change. In your romantic, personal, and work life. Most people generally continue their pattern of behaviour...
24 Aug, 2022 - 05:26 PM UTC

@awilkinson
Something I’ve learned after almost twenty years in business: Behind the scenes, every company is an unmitigated hair on fire disaster at most times.
19 Aug, 2022 - 09:18 PM UTC 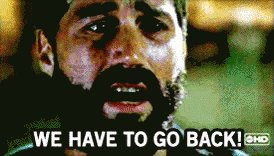 @awilkinson
Do you need an incredible Shopify site? Webflow website? Logo? Design work? One of our best agencies, Shopwell, just had a last minute cancellation and has a team available for a few weeks. https://t.co/qW1nuwfR6Q Email greyson@shopwelldesign.com if you need something :-)
25 Jul, 2022 - 07:54 PM UTC

Sieva Kozinsky
@SievaKozinsky
There’s no drug on earth that focuses you like aligned downside and upside. i.e: skin in the game
29 Sep, 2022 - 07:23 PM UTC

Alex Conconi
@alexconconi
We recently applied for a business license for a new business we are starting in Vancouver. Today, I received a call from the City of Vancouver: a very friendly man asked us to come in to have a business license review meeting.
28 Sep, 2022 - 06:42 PM UTC

ScienceInsider
@ScienceInsider
BREAKING: White House issues new policy that will require, by 2026, all federally-funded research results to be freely available to public without delay, ending longstanding ability of journals to paywall results for up to 1 year. Coverage coming on @ScienceInsider. 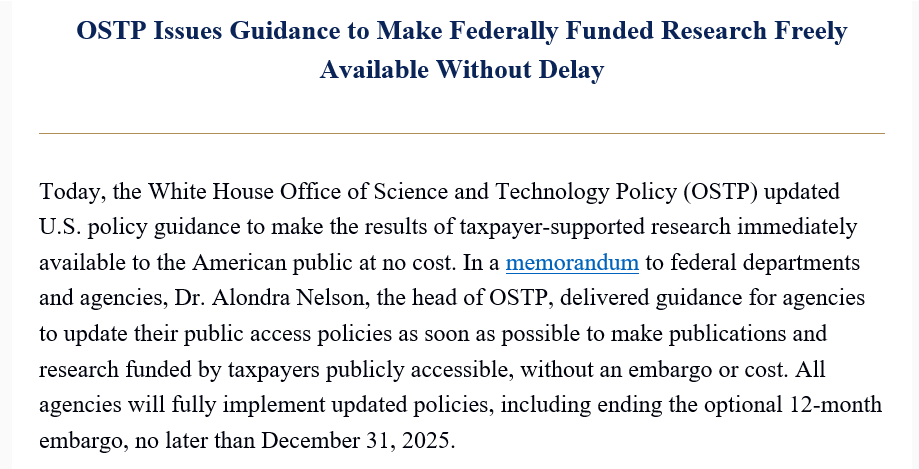 @BrentBeshore
After reviewing thousands of small private businesses, I can confidently say that the world is awash in accidental non-profits, some of which pay a lot in taxes.
19 Aug, 2022 - 07:40 PM UTC

@jwsthomson
We're hiring! Get at me if you want to talk about the role, or if you know someone who's looking to join a growing team. #journojobs #cdnmedia #yyj https://t.co/QTCnJUNDgt
17 Aug, 2022 - 05:52 PM UTC

Dare Obasanjo
@Carnage4Life
Microsoft long ago figured out that the secret to succeeding in Enterprise software is making CIOs & CTOs happy, not end users. The so-called consumerization of IT was a side show. https://t.co/0c7HaVzegG
12 Aug, 2022 - 11:35 AM UTC 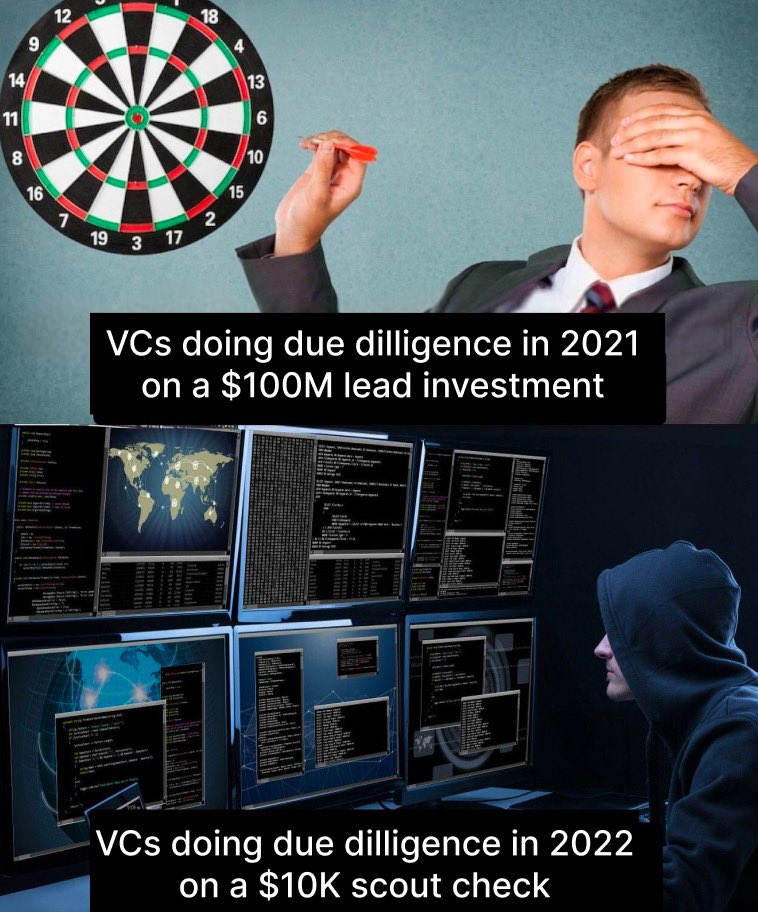 @ShaneAParrish
My conversation with @awilkinson on why most successful people are anxiety disorders harnessed for productivity, lessons learned from losing millions, focusing on profits, finding happiness, raising kids with wealth, and so much more. Listen and Learn: https://t.co/siM5lmV8ZK
27 Jul, 2022 - 11:48 AM UTC

@jspujji
Two mediocre students did everything wrong while taking $10,000 in credit card debt and turning it into a $67 BILLION company. The crazy part? They were profitable from day 1. This is the wild story 👇🏽👇🏽👇🏽 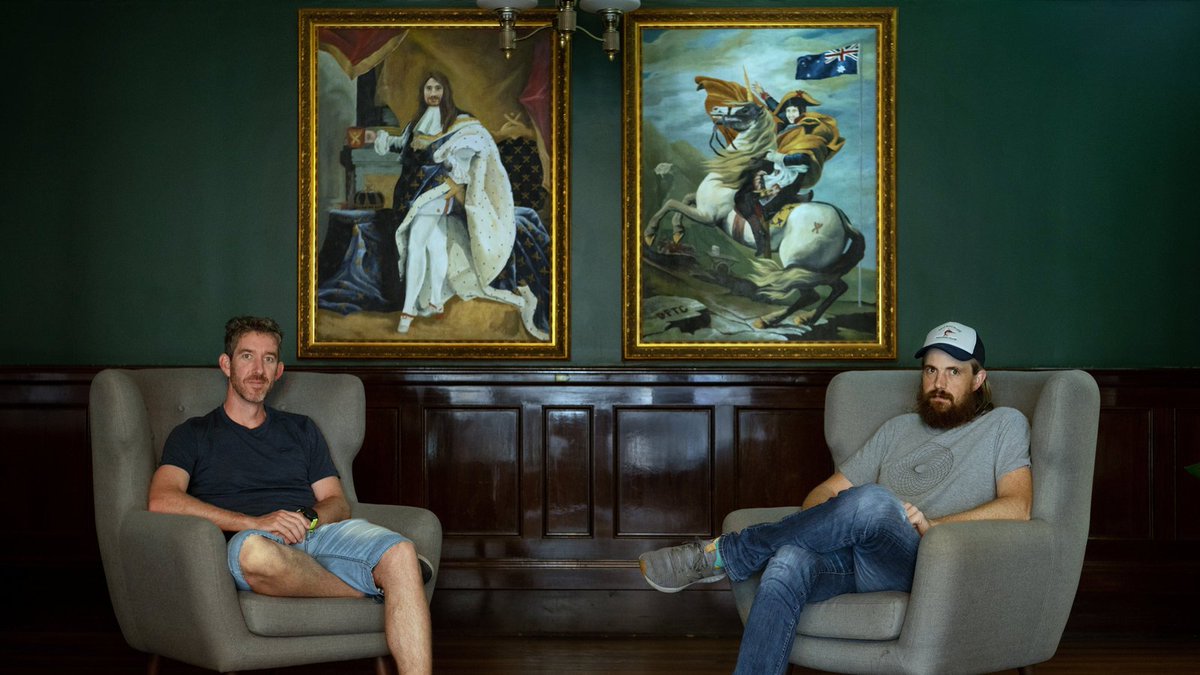 Gergely Orosz
@GergelyOrosz
This is why crowdfunding is very risky for those taking part in it. I invested a small $ in Backstage Capital, and I thought that most of that investment will go directly to underrepresented founders. Turns out, a good part of that $5M raised did end up there. The fine print... https://t.co/2mrrfOTbsc
29 Jun, 2022 - 01:33 PM UTC

Chris Bakke
@ChrisJBakke
Adam Neumann is the cofounder of a company called Flowcarbon that just raised $70M. This is the opening slide in their deck that describes what they do. You guys, they are selling something called the Goddess Nature Token. $70M. This is not a shitpost. https://t.co/NPM2E2nkMx
26 May, 2022 - 06:13 PM UTC

Beau Hartshorne
@hartshorne
I am excited to announce that we've closed our @instantdomain seed round, led by @lessin / @slow with participation from @rsg / @form_cap and @awilkinson / https://t.co/Li4cqMX3xD!
13 May, 2022 - 06:44 PM UTC

@JohnArnoldFndtn
So obvious in retrospect... 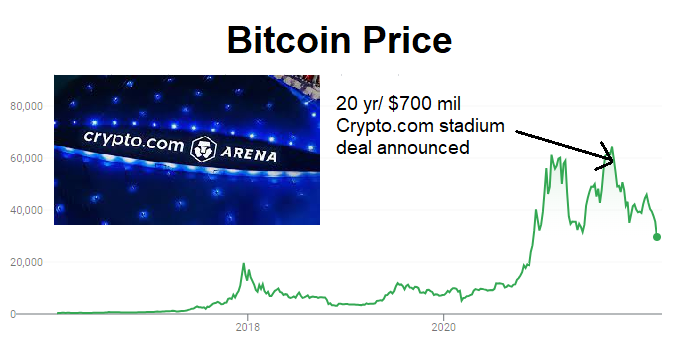