@BarackObama
Senator Bob Dole was a war hero, a political leader, and a statesman—with a career and demeanor harkening back to a day when members of the Greatest Generation abided by a certain code, putting country over party. Our thoughts are with Elizabeth and the Dole family.
05 Dec, 2021 - 07:26 PM UTC

@BarackObama
Michelle and I wanted to give Santa a hand passing out gifts for the holidays, so we made a stop at the @ComerChildrens Hospital. We hope you and your family have a wonderful holiday season. 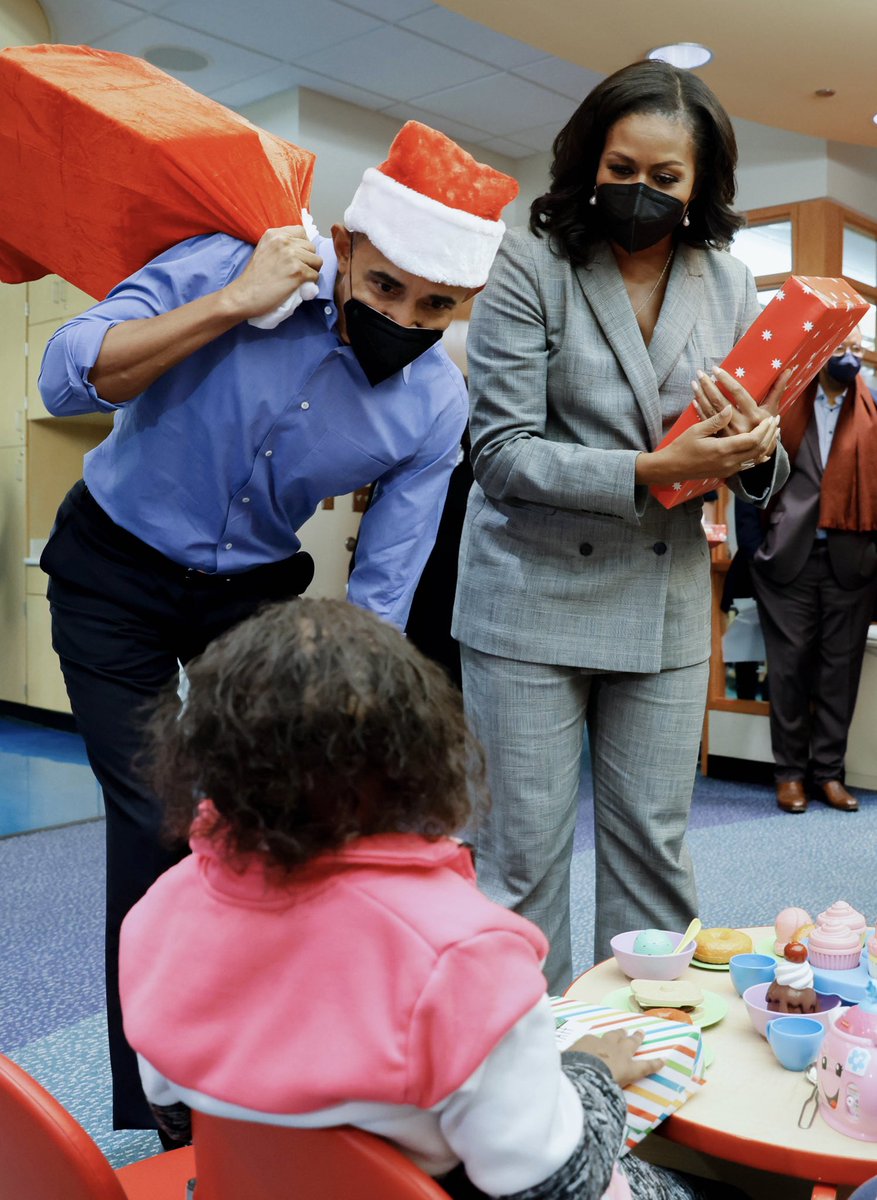 @BarackObama
I heard the @ChicagoSky and @ChicagoBulls were visiting the South Side YMCA, so I decided to drop by, too. It’s always fun to meet young people who are learning to love the game. 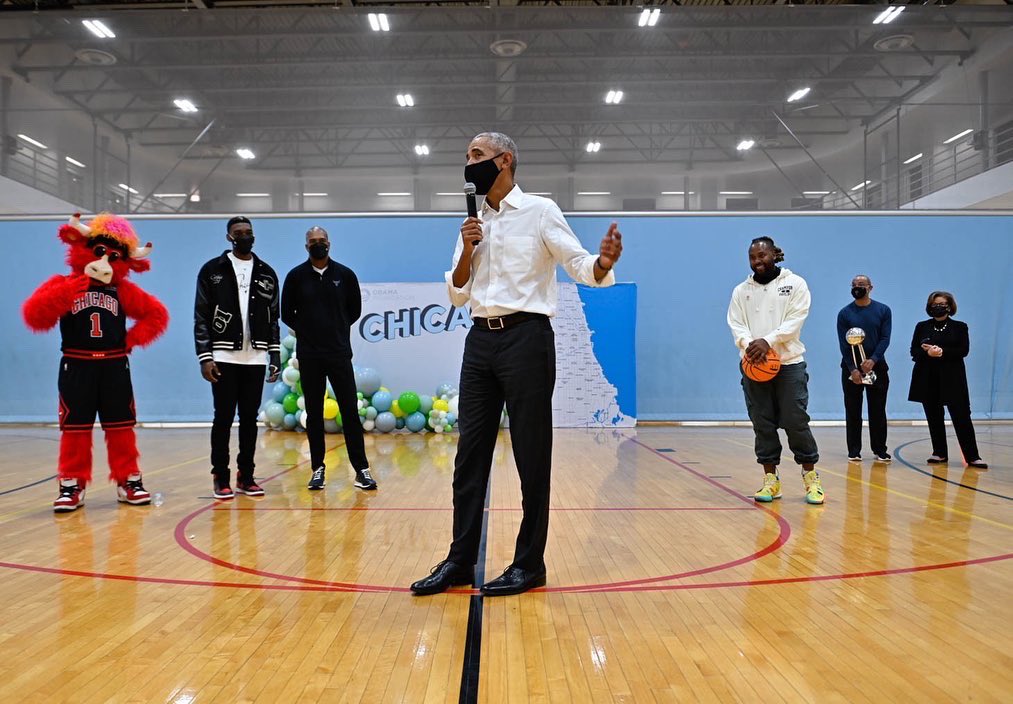 @BarackObama
Michelle and I are in Chicago this week to talk to folks who are working on some of the city’s toughest challenges. Yesterday, I met with leaders from across Chicago, heard their stories, and shared ideas. Change is never easy, but we want them to know they’re not alone. 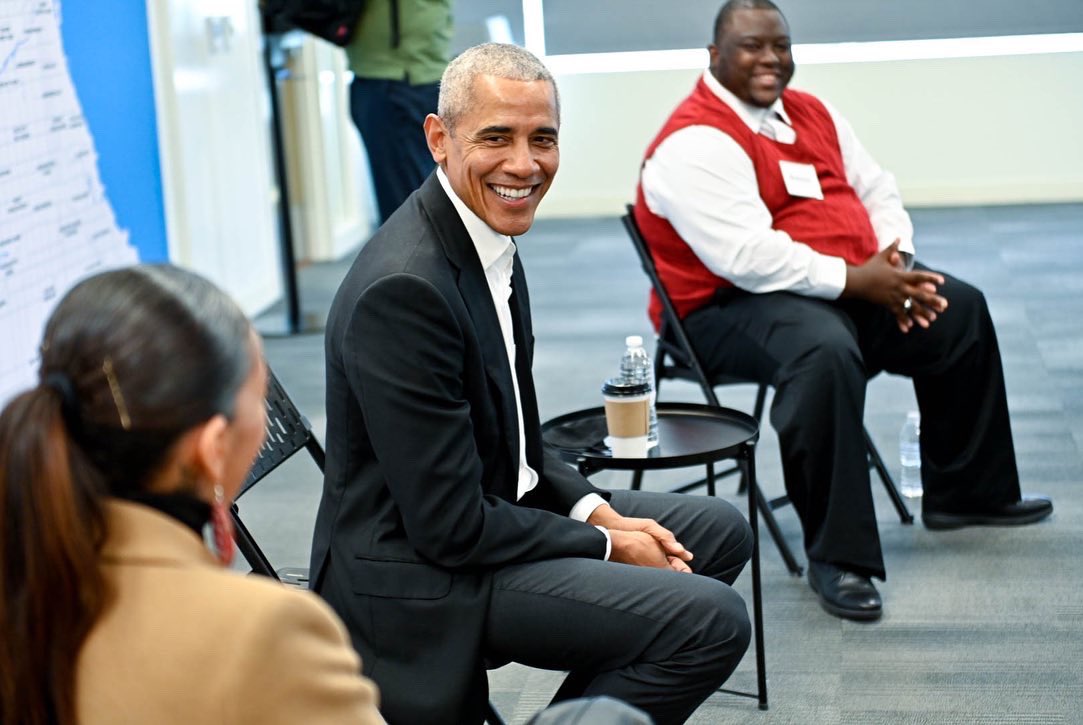 @BarackObama
Shots are never fun, but the kids I met at Kimball Elementary knew how important the COVID-19 vaccines are to keep our families and communities safe. Check out @ItsMadeToSave for more information about the vaccines, and make your appointment at https://t.co/k4jKpPT5qo. 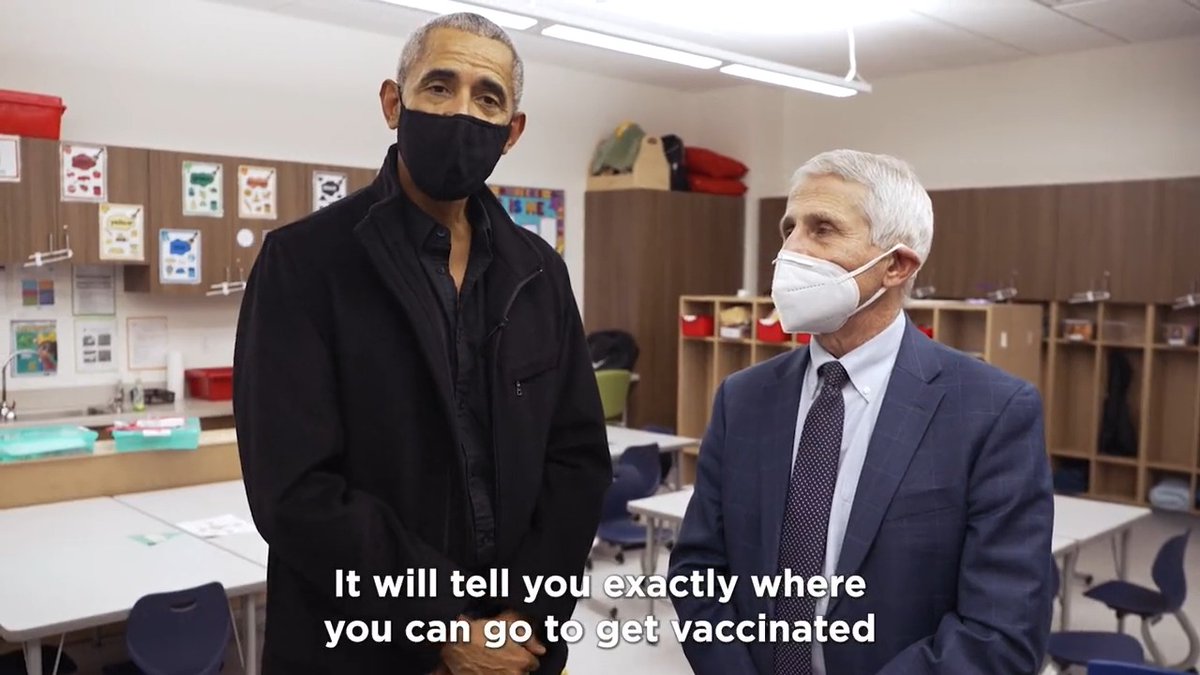 @BarackObama
If you got your COVID-19 vaccine before June, now is the time to get a booster shot. All adults are eligible for the booster—just go to https://t.co/k4jKpPT5qo to find a vaccine and booster location near you. 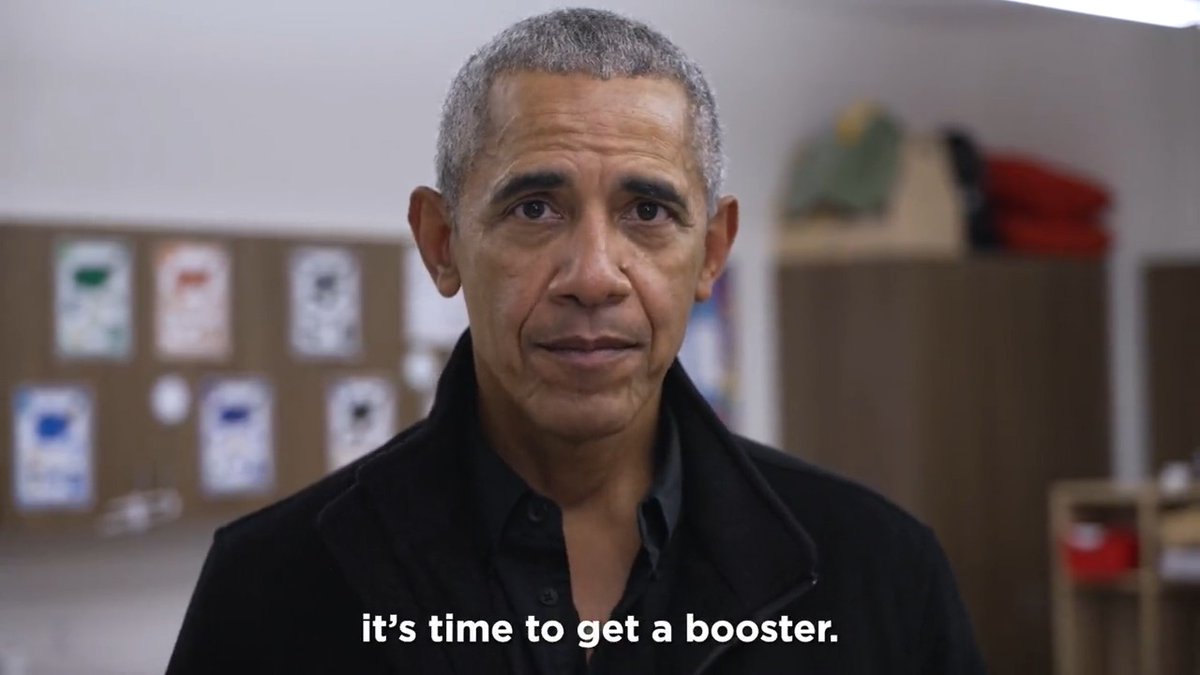 @BarackObama
Getting our kids fully vaccinated is the best way to protect them against COVID-19. Today, Dr. Fauci and I stopped by Kimball Elementary School to meet with families and kids getting their vaccines—and encourage more parents and kids to do the same. 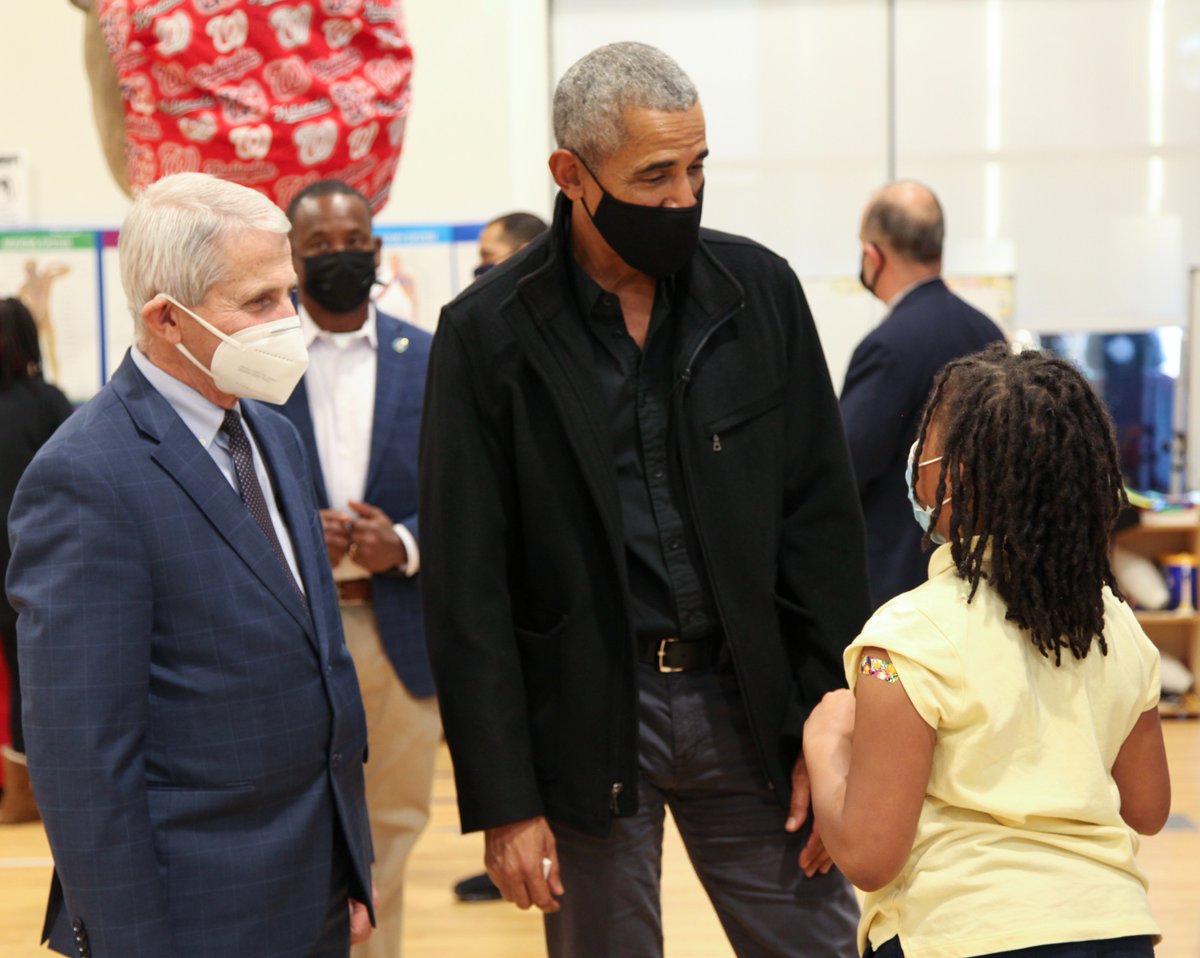 @BarackObama
I’m always inspired by young leaders like Rachid Ennassiri, who is helping more people in Morocco get involved in the fight against climate change. This Giving Tuesday, join the @ObamaFoundation in supporting the work of changemakers like Rachid: https://t.co/EmEqSufrBP 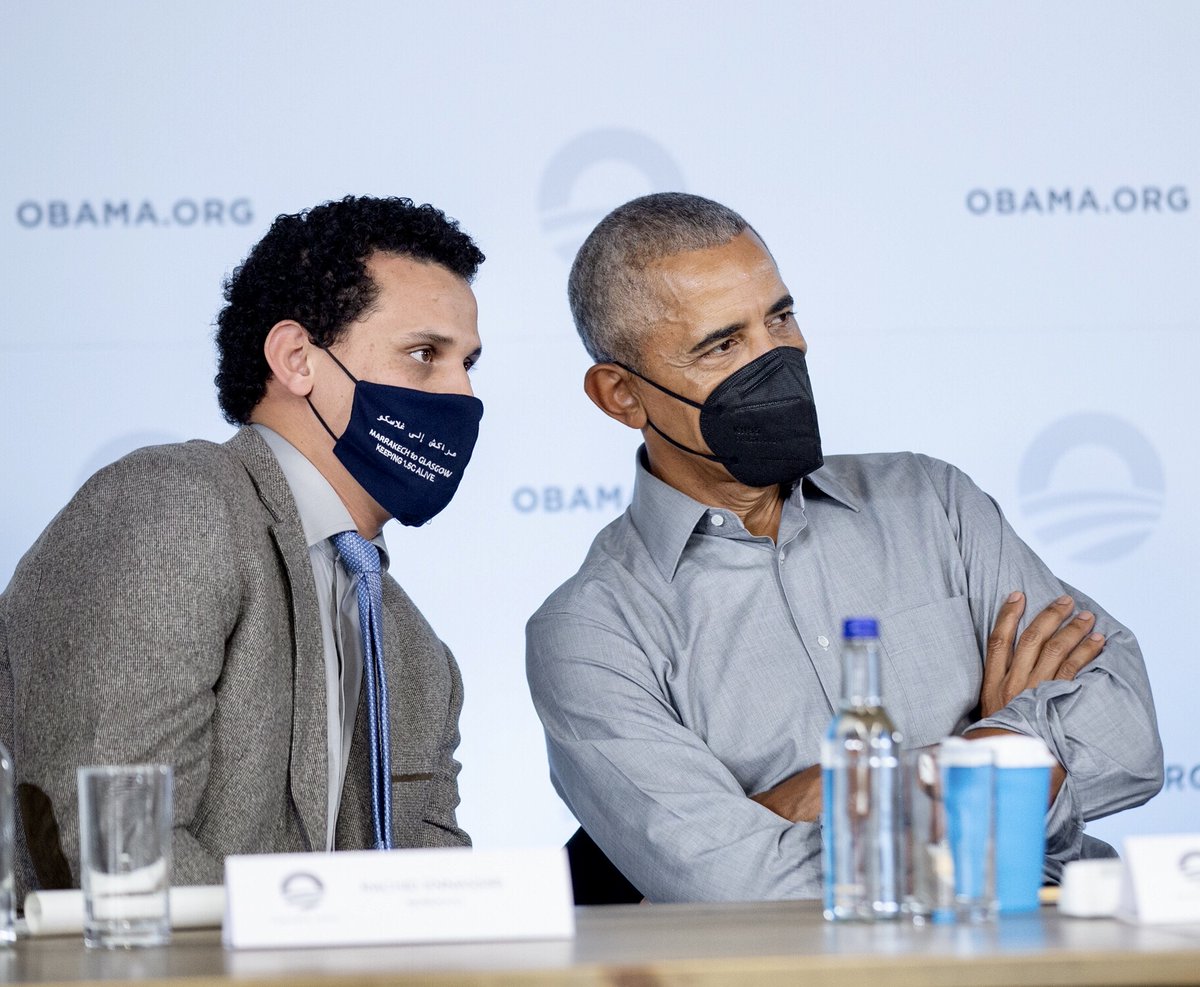 @BarackObama
From our family to yours, Happy Hanukkah and Chag Sameach! Over the next eight days, may we celebrate the many blessings in our own lives, and be reminded of the enduring power of hope.
28 Nov, 2021 - 05:30 PM UTC

@BarackObama
Earlier this year, I had a chance to speak with Eric Williams, the owner of @TheSilverRoom in Hyde Park. This Small Business Saturday, take some time to support the hardworking small businesses in your city. They appreciate it more than you know. 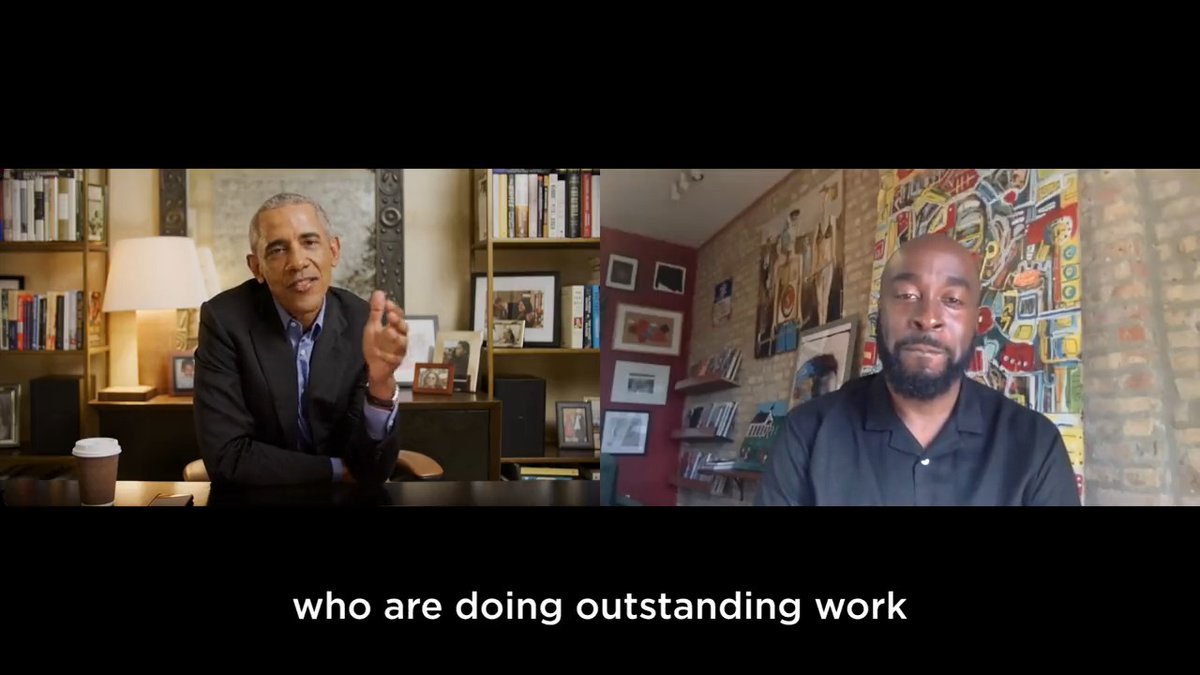 @BarackObama
Happy Thanksgiving! Michelle and I send our warmest wishes to everyone celebrating today. We hope you have a wonderful and safe holiday with the people you love. 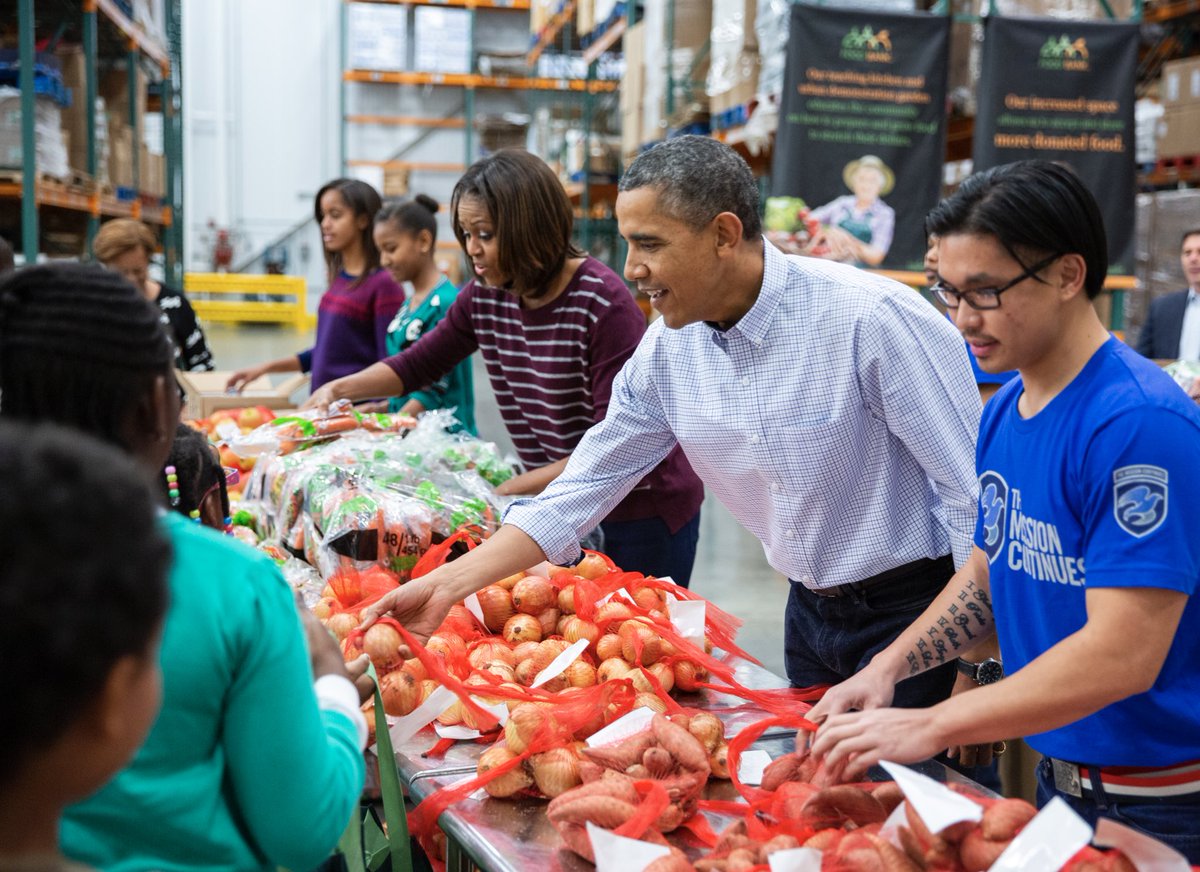 @BarackObama
Happy birthday to my friend and my brother, @POTUS! Thanks for giving all of us the gift of better infrastructure. Grateful for all you’re doing to build this country back better. 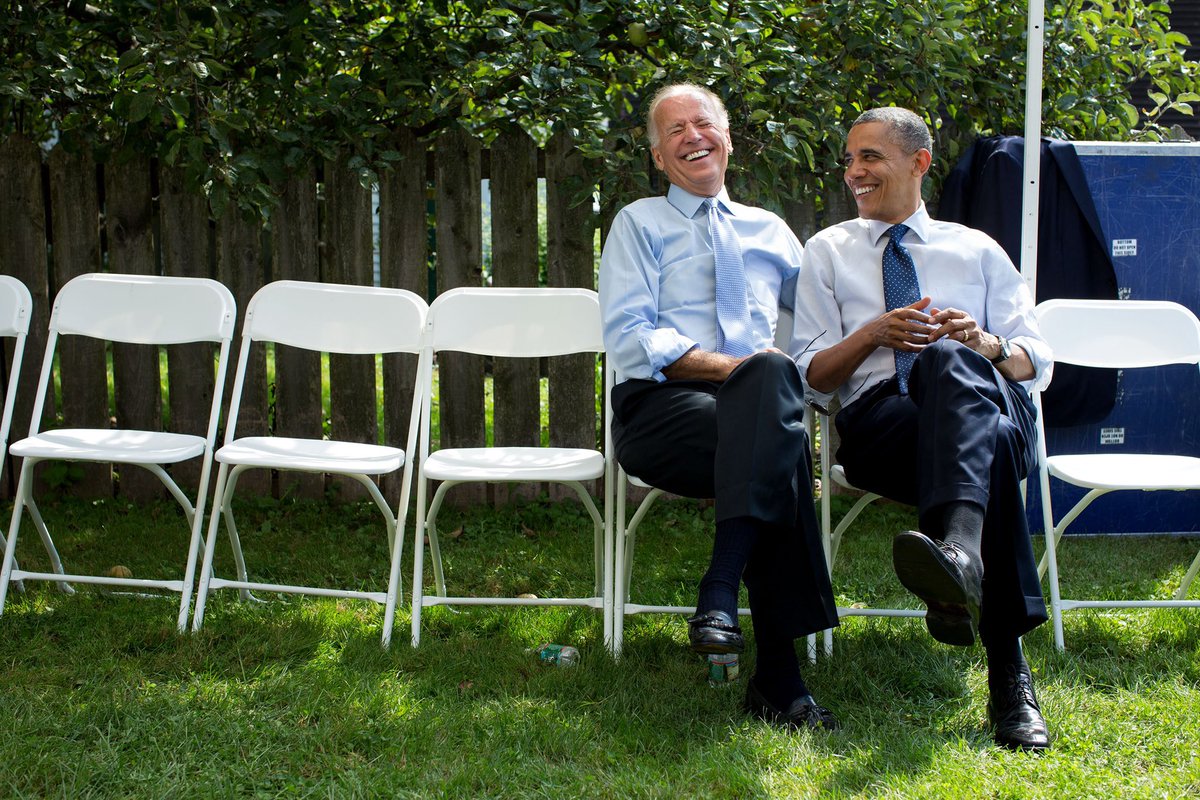 @BarackObama
When it comes to climate change, we can’t afford to go backward—or even stay where we are. If we are going to act on the scale that’s required to combat this climate crisis, we all need to step up and meet this moment together. https://t.co/jyk0ZBcv0S
18 Nov, 2021 - 05:02 PM UTC

@BarackObama
In 2011, my Administration made a pledge to prepare 100,000 new STEM teachers over the next 10 years. I couldn't be prouder to hear that @100Kin10 not only met that goal, but trained an additional 8,000 teachers who will make a difference for our kids. https://t.co/NI2J779IYS 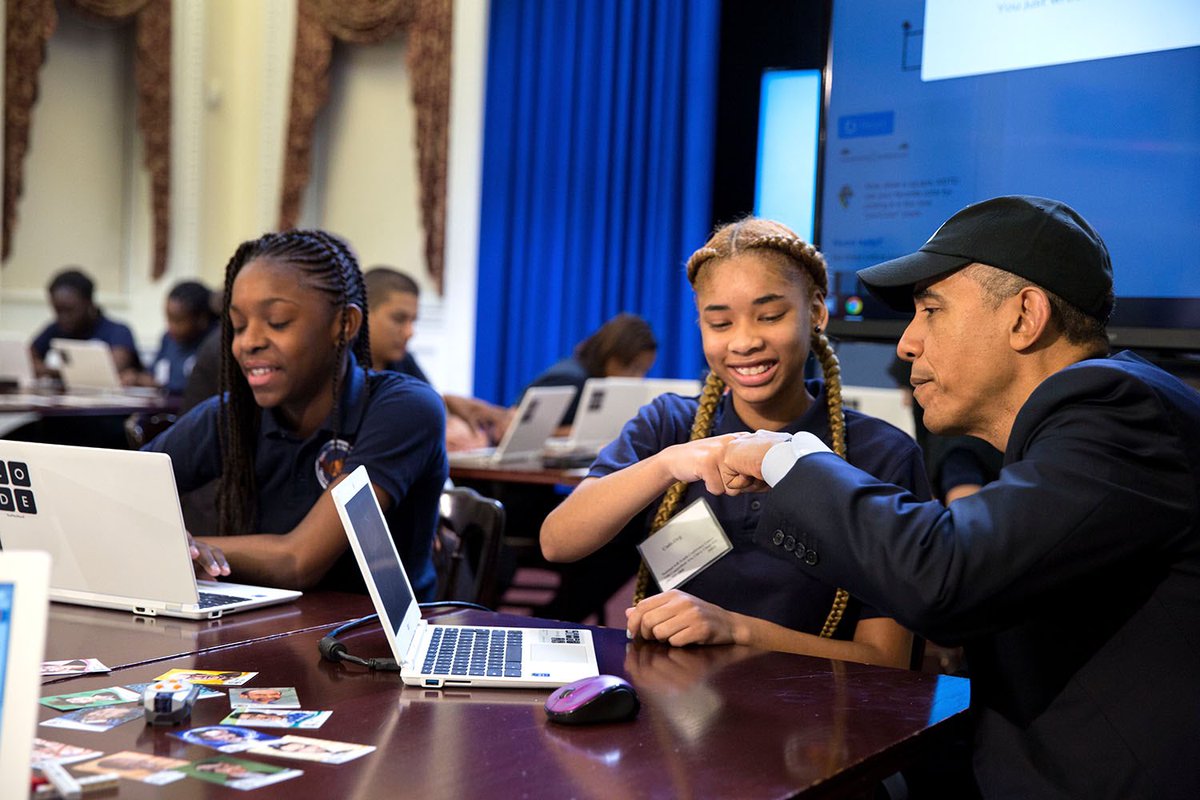 @BarackObama
The epidemic of gun violence in America has gotten worse during the pandemic. This article points to the ways in which the proliferation of guns magnifies the consequences of bias in policing, and makes reform of police practices that much harder. https://t.co/fbK38QMCkV
16 Nov, 2021 - 06:30 PM UTC

@POTUS
We never forget. We never forget the children who have grown up without parents. Parents who have suffered without children. Husbands and wives who had to find a way forward without their partners. Brothers, sisters, loved ones. Jill and I hold you close in our hearts. 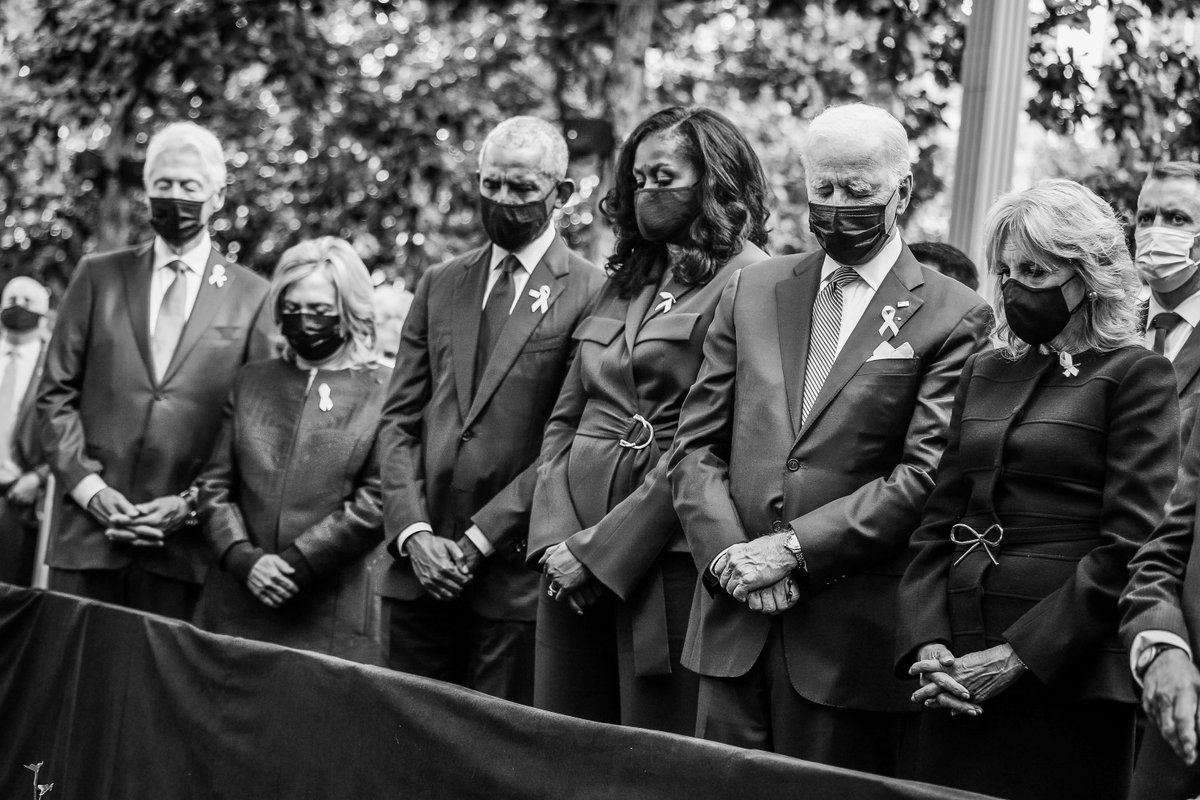 @POTUS
We can’t wait to tackle the climate crisis. The signs are unmistakable. The science is undeniable. And the cost of inaction keeps mounting.
09 Aug, 2021 - 03:48 PM UTC 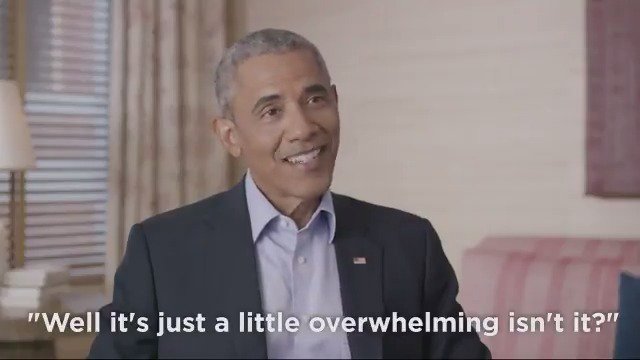 @MichelleObama
Barack and I started Higher Ground to give exciting new voices a platform to tell great stories. We're proud to share Season 2 of @meuceph’s Tell Them, I Am—a podcast we think you’ll love as much as we do. Listen now on Spotify: https://t.co/K9MC1AUSua 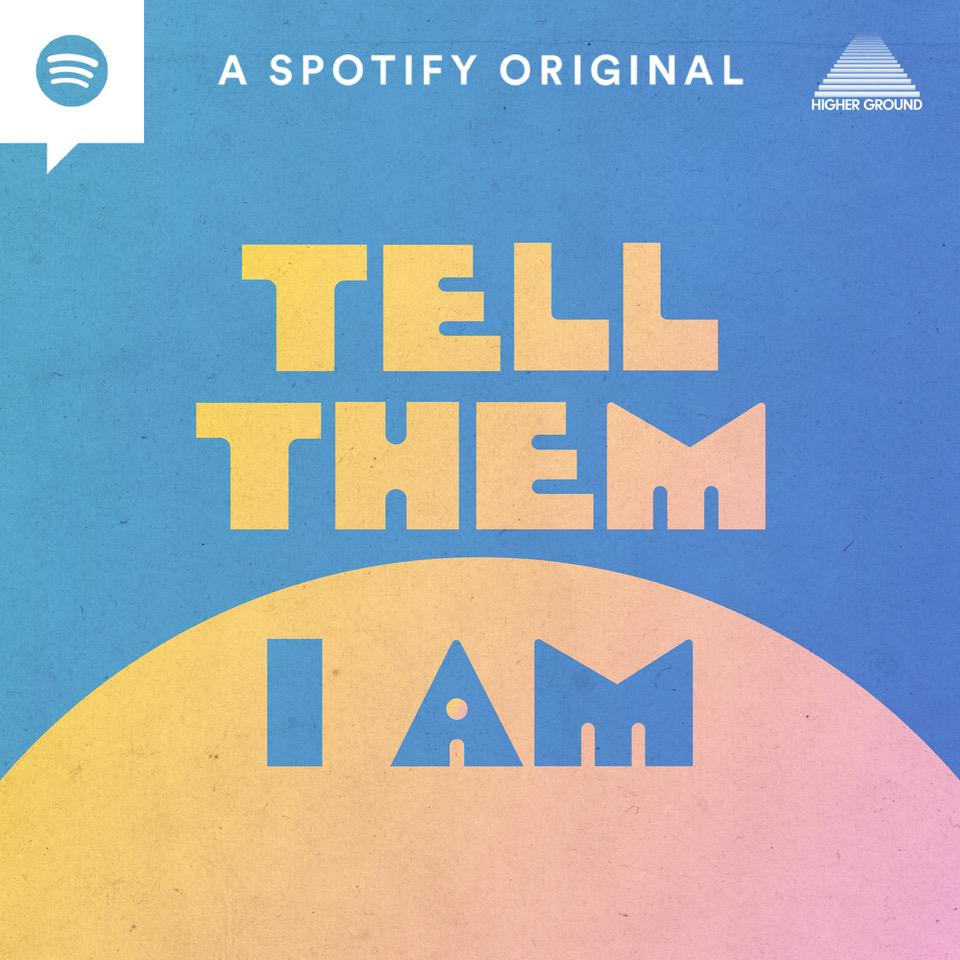