@BethanyAllenEbr
Donetsk has been a part of Russia since ancient times? Is that what this statement from China is going to start meaning soon? https://t.co/K6gzmNFhiE
28 Sep, 2022 - 06:24 AM UTC

@BethanyAllenEbr
Amazingly, I’m not interested in hijab opinions from anyone who has never worn one.
25 Sep, 2022 - 06:28 AM UTC

@BethanyAllenEbr
On the metro today, two very nice ladies were smiling at 寶寶, and they asked him where he was from. He replied very loudly (his only sound setting), “我是台灣人!” and like half the subway car burst out laughing. No idea where he got that from 😬😬🤪
24 Sep, 2022 - 09:07 AM UTC

@BethanyAllenEbr
"I have experienced living in the Soviet Union for 20 years. I know what it’s like to live in a totalitarian state," Merezhko told @axios in an interview. "To me, China is exactly like that, like the Soviet Union but more dangerous." https://t.co/1gRb6DkwYi
24 Sep, 2022 - 05:10 AM UTC

@BethanyAllenEbr
What charts would you like to see showing trends in China over the past decade under Xi?
23 Sep, 2022 - 02:22 PM UTC

@BethanyAllenEbr
Beijing's push for Europe to adopt "strategic autonomy" from the United States — in the hope the EU would maintain warmer ties with China — now looks like a moot point. https://t.co/WzHJGoW7lP
21 Sep, 2022 - 04:36 AM UTC

@BethanyAllenEbr
I really love living in Taipei. I did almost die in the earthquake on Sunday (heavy building tiles fell 100 feet and shattered on the spot I had been standing 5 seconds before) but all's well that ends well and next time I'll just jump into a doorway. It's all worth it.
20 Sep, 2022 - 03:19 PM UTC 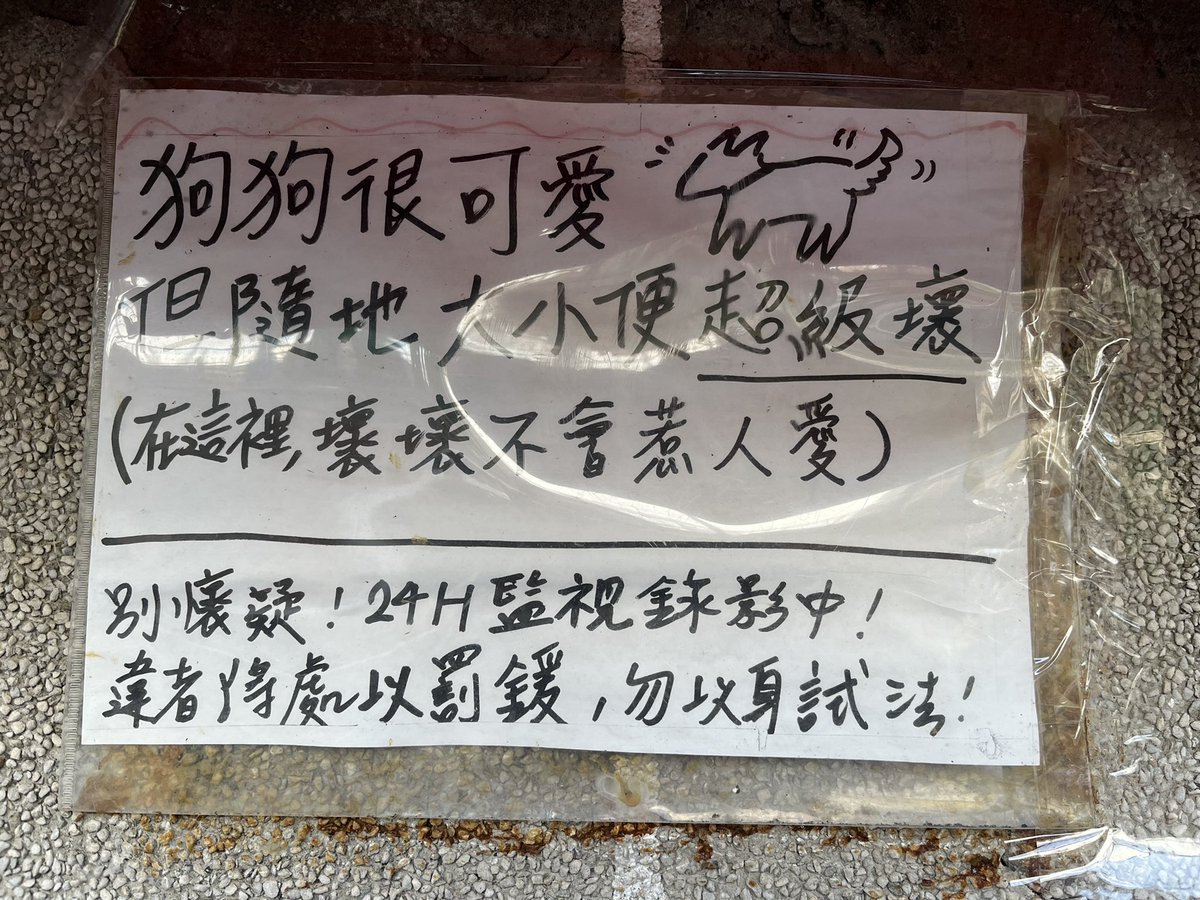 @BethanyAllenEbr
Another earthquake just now, while I was going up the elevator in our high-rise apartment. Swinging around, metal creaking and clanking sounds, hoooo boy strongly do not recommend. Now I’m safely home in our apartment. The building is still swaying, like floating on the ocean.
18 Sep, 2022 - 06:50 AM UTC 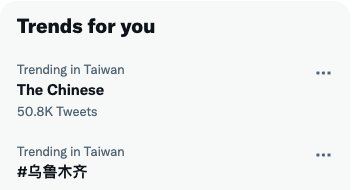 @BethanyAllenEbr
I just finished off an entire bottle of multivitamins before its expiration date. Awaiting my trophy.
17 Sep, 2022 - 05:41 AM UTC

@BethanyAllenEbr
New: Ukrainian lawmakers have joined IPAC, the Inter-Parliamentary Alliance on China, which brings together lawmakers from 29 countries across 5 continents who share the goal of taking domestic action to push back against Beijing's authoritarianism. IPAC summit this week in DC.
14 Sep, 2022 - 05:45 AM UTC

@BethanyAllenEbr
Violent crime in the U.S. is a top concern for Chinese tourists considering travel there, according to new data from @MorningConsult. 57% of Chinese survey respondents cited violent crime as a reason they might avoid travel to the U.S. Why is this? https://t.co/YRhCq3MiFU
13 Sep, 2022 - 02:02 AM UTC

@BethanyAllenEbr
Love this PSA on the Taipei metro. It’s a reference to a famous story about Yang Gui Fei, a famous courtesan from the Tang Dynasty who was a favorite of Emperor Xuanzong. tl;dr Yang Gui Fei loved lychees but even she shouldn’t eat them when on the metro. (I.e no eating on train) 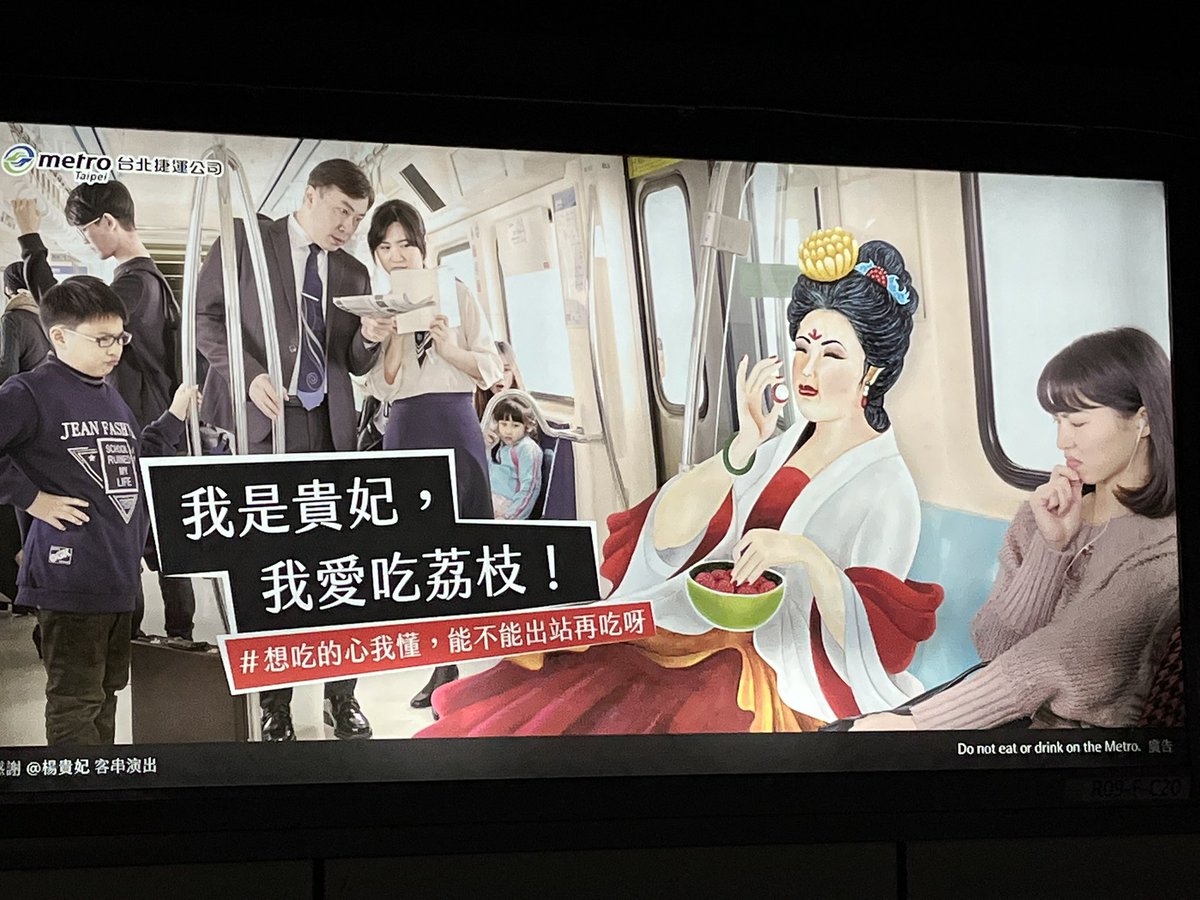 @BethanyAllenEbr
Does anyone have recommendations for a Chinese-speaking investigative journalist who can take on a project? Asking for a friend, not myself. Send recommendations in the replies or DM. Thanks!
09 Sep, 2022 - 02:10 PM UTC

@BethanyAllenEbr
寶寶 started preschool in Taiwan this week. He switched right into Chinese the second we walked in the door. Teachers say he talks with them and understands them. Kids are magical sponges. 3 years of speaking Chinese to my kid, all for this moment. Every second worth it ❤️😍
08 Sep, 2022 - 03:00 PM UTC

Matt Schrader
@Matt_Schrader_
Unbelievably proud of my team at @IRIglobal that we've gotten this compendium of case studies on PRC influence at the country level out the door. With 12 case studies, it was . . . man, it was a journey. https://t.co/zmnCJ3lxkr
28 Sep, 2022 - 01:49 PM UTC

@nivincent
Some personal news 👇 After a productive stint at @guardian, I'm relocating to Washington DC next month to be @NPR's Asia Editor (from #Afghanistan to #Japan). I very much look forward to working with some of the best correspondents across this fascinating and diverse region. https://t.co/ydz4cGvsR9
27 Sep, 2022 - 10:00 AM UTC

@WilliamYang120
In a media interview, the director of #Taiwan's Central Epidemic Command Center said Taiwan can potentially lift the outdoor mask requirement as early as November. https://t.co/SKVAVOqYd6
27 Sep, 2022 - 06:11 AM UTC

@dakekang
Self-centered of me, but when I watched 隐入尘烟 a few weeks ago this was the scene that stuck in my mind. A state media journalist interviews the main characters, who are poor farmers, about their new, government-provided apartment: https://t.co/qrcfjMrfuX 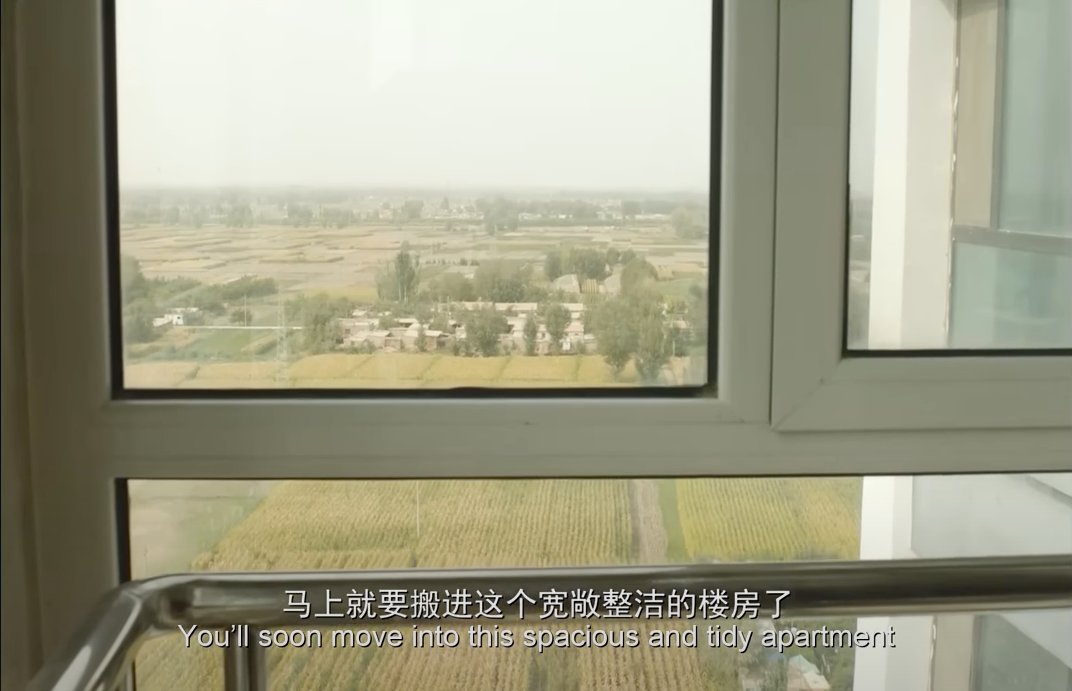 @prashantrao
We're hiring @semafor! Are you an experienced editor looking for a short-term gig? We are looking for an editor on a 3-month contract. You can be based anywhere! https://t.co/v4ooFHUxI4
26 Sep, 2022 - 07:19 PM UTC

Lingling Wei 魏玲灵
@Lingling_Wei
Xi Jinping once called China’s Belt and Road program “a project of the century.” Now, troubled loans and a slowing economy are forcing Beijing to give the program a makeover -- exposing the limits to Xi's vision to reshape global order 🧵 https://t.co/DzpTaDKl4K via @WSJ
26 Sep, 2022 - 03:03 PM UTC

James M Zimmerman
@jmzbeijing
Arrived at Shanghai last night via SFO. First time in 30 years border control grilled me on whether I previously worked in the US government or served in US military. And a litany of questions on what I do, where I live, and why I haven’t booked a flight out. Welcome home!!!
25 Sep, 2022 - 09:56 PM UTC

@EmilyZFeng
The end of a two year reporting journey: the tragic saga of the Kucar family and China’s campaign against Uyghur language and culture. The final part out now! https://t.co/QZUFSojA5D
25 Sep, 2022 - 07:00 PM UTC

@WilliamYang120
“But her main concern was that if her daughter had stayed in Hong Kong she would be "brainwashed". Yowin says #HongKong's education system has changed drastically because children are now being taught the Chinese state-approved curriculum.” https://t.co/r0Bc6ZOAFa
25 Sep, 2022 - 09:25 AM UTC

@WilliamYang120
“Chinese survivors from a boat that sank near a Cambodian island said they embarked on what they believed would be a short-term fishing job and ended up without food and water aboard the vessel and their belongings taken away.”https://t.co/S8l3BPFqnF
25 Sep, 2022 - 01:19 AM UTC

@kixes
Between the beginning of 2022 to last month, #Singapore has arrested 41 citizens and Permanent Residents for consuming drugs abroad. The article doesn't provide more detail, but this could include people who smoked weed in places where it's legal. https://t.co/ApP48FhOwT
24 Sep, 2022 - 05:18 AM UTC

Yurii Poita
@PoitaYurii
Volodymyr Zelenskyy for the first time condemned China's position, calling it "ambiguous", and acknowledged that communication channels with China do not work. And this is the most dramatic change in Ukraine's rhetoric towards China. 1/3
23 Sep, 2022 - 07:51 PM UTC

@beacupin
On China, Marcos says: We have no territorial conflict with China. What we have is China claiming territory that belongs to the Philippines.
23 Sep, 2022 - 07:36 PM UTC

@ShibaniMahtani
Life update: I officially have a new gig at the @washingtonpost, joining an incredible new international investigative team led by Peter Finn. Couldn't be more grateful and thrilled to get started https://t.co/qQ5mSlw1wj
22 Sep, 2022 - 02:56 PM UTC

@paulmozur
We spent months digging through a 700 gigabyte cache from within Russia's de facto internet intel agency Roskomnadzor. It gave us one of the most complete pictures yet of Putin's efforts to control the internet. It is at turns farcical and terrifying. https://t.co/3ZbkkM5Pkc
22 Sep, 2022 - 01:10 PM UTC

@ichbinilya
In Buratiya, male uni students are being taken straight out of classes. Some schools have closed and turned into enlistment offices. Men are being rounded up and conscripted from small villages. This will all look *very* different in Russia's ethnic republics than in Moscow.
22 Sep, 2022 - 12:12 PM UTC

@WilliamYang120
"Leaders of JPMorgan Chase, Bank of America and Citigroup have committed to complying with any US government demand to pull out of #China if Beijing were to attack #Taiwan." https://t.co/4EuWYdKy51
22 Sep, 2022 - 02:37 AM UTC

@WilliamYang120
Breaking: #Taiwan announced it will drop the quarantine requirement for all incoming passengers no later than October 15. https://t.co/2zNYJCdXs1
22 Sep, 2022 - 01:47 AM UTC

@monicaeng
How to help someone with a mental health emergency in Chicago without calling the police. I explain here and have learned even more for an @axios follow up next week. https://t.co/Xj6im2gMlb
21 Sep, 2022 - 05:27 PM UTC

@Sarah_G_Cook
Super excited for this. Our first #BGMI Twitter space. Will be a great discussion moderated by yours truly and featuring three amazing local researchers and journalists. Make sure to set the reminder! https://t.co/LRRCu1gAaQ
21 Sep, 2022 - 03:36 PM UTC

@joyuwang
Taiwan has 14 submarine cables that connect the island to the rest of the world. Here's a @WSJ video explainer by @adam_b_adada on how Taiwan’s internet is under threat amid tensions with China, and what Taipei is doing to beef up and defend it. Watch: https://t.co/P5HFOm6gum 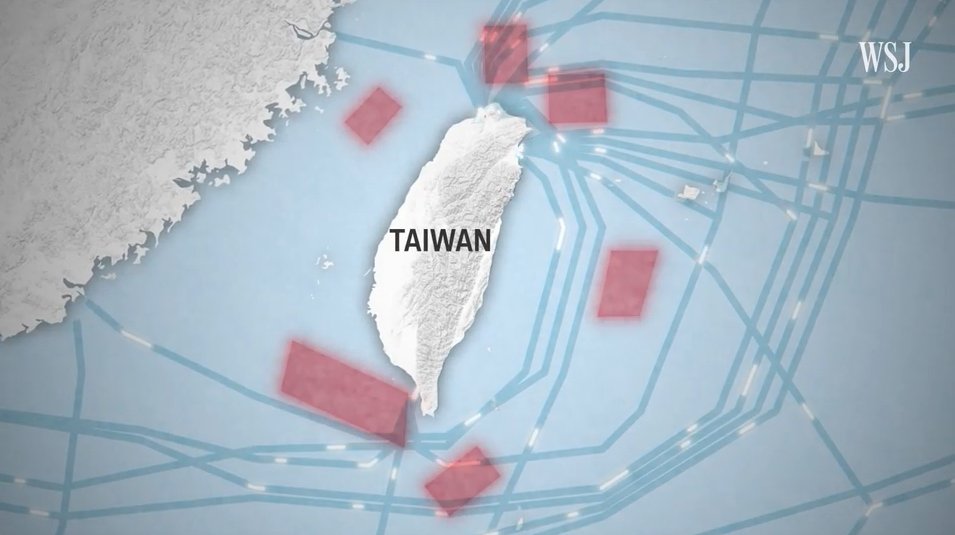 @melissakchan
A very poignant piece by @Kelsang_Dolma_ about the special responsibility many Tibetan American immigrants feel to learn their mother tongue given the Chinese state's systemic destruction and suppression of the Tibetan language: https://t.co/jn87tFfXYN
21 Sep, 2022 - 04:30 AM UTC
@bethanyallenebr's