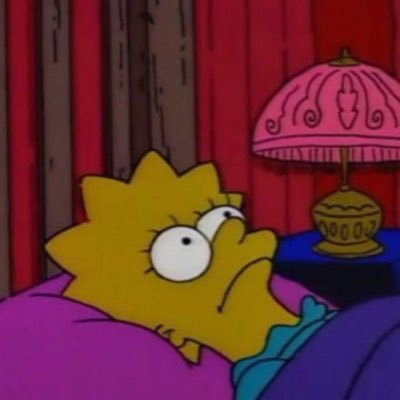 Abolish the Police and Prisons, unfollow me if you don’t wanna hear me cursing out Nazis and the White Supremacist Powers that Be https://t.co/mL7ECsjfv3
3,894 tweets
1,412,841 followers
5,326 favourites
<1 tweet per day
2018 since
256 following
3,327 listed
Gender: Agnostic location
http://www.blacklivesmatterdmv.org website
Follow @callmeX on Twitter 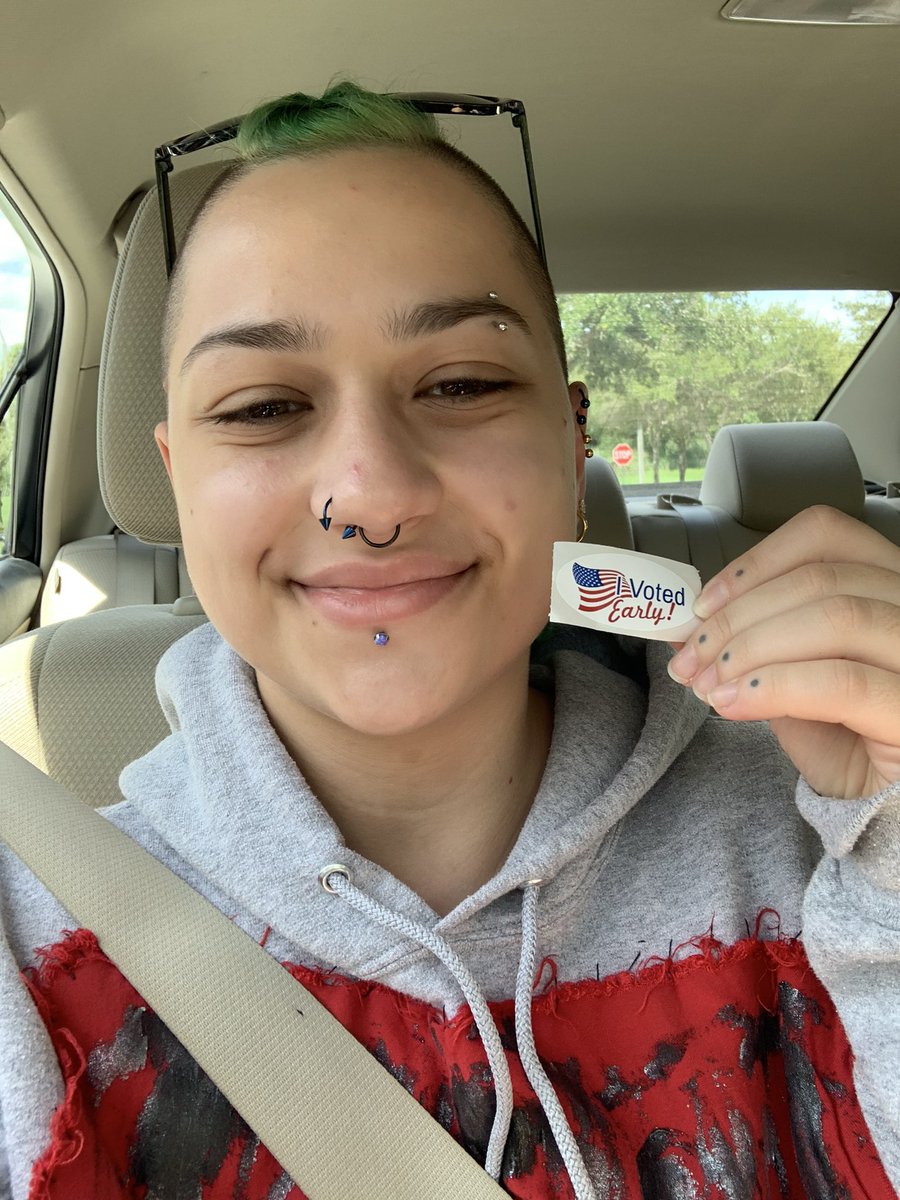 @callmeX
today is a significant anniversary, but victims need love everyday. remember during this Pride Month to take care with your loved ones and support them however they need it. gun violence affects us all. #PulseRemembranceDay
12 Jun, 2022 - 05:22 PM UTC

@callmeX
Some Good News !!!! Gun sense bills headed to vote next week! All of these bills protect kids in a reasonable way. Named in honor of Ethan Song and Kimberly Vaughan, these bills provide so much comfort to their families. 202-224-3121 is Washington DC 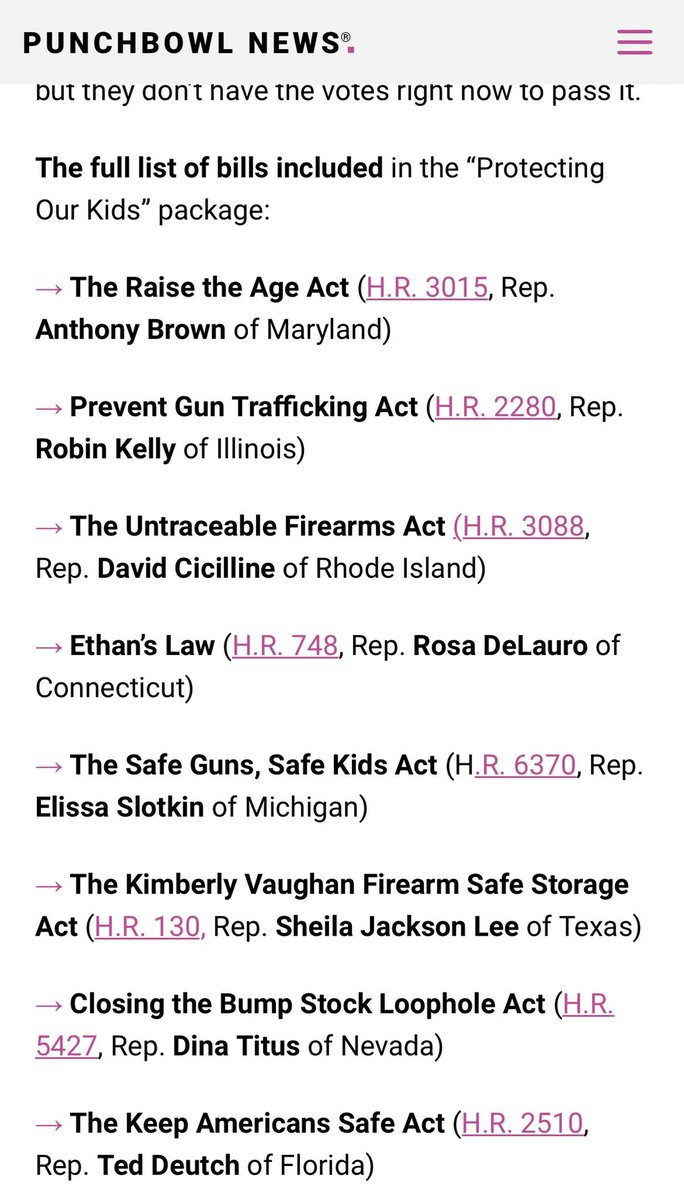 @callmeX
lawmakers say their constituents aren’t in favor of Gun Laws and that’s why they don’t vote for them, but it’s actually because they take kickbacks from the Gun Manufacturers https://t.co/O80DlDAoxy
25 May, 2022 - 01:11 PM UTC

@callmeX
aiding and abetting. @marcorubio and @SenRickScott you have the power to do something right now. why don’t you just admit that you’re fine with this ? https://t.co/LJikDvGxvE
24 May, 2022 - 11:37 PM UTC

@callmeX
the Don’t Say Gay bill is going to lead to the deaths of countless people, all of them LGBTQIA+, which is exactly what @GovRonDeSantis wants. DeSantis, you would be to blame for their deaths, but after how you handled COVID, what’s a couple 10s of thousands more ? #DeathSantis
22 Feb, 2022 - 09:52 PM UTC

@callmeX
Marco, you’re running for office again right ? why aren’t you getting out there in the public, talking to people and seeing what they want from their elected official ? that’s like, ur whole job… thats so embarrassing 😕 https://t.co/zvh1tnO1DQ
21 Feb, 2022 - 11:05 PM UTC 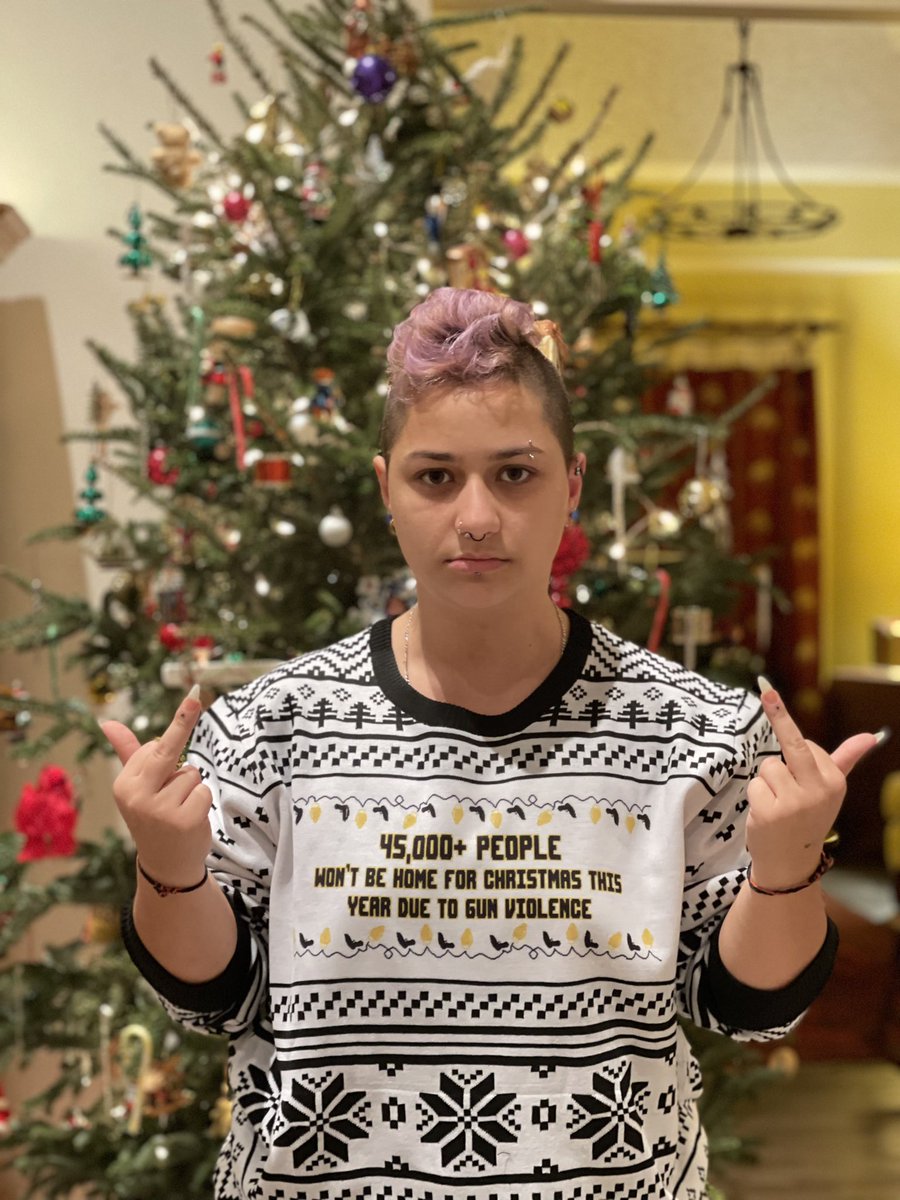 @jsrailton
Stop and watch this video. Whatever you thought about the governors' stunt... it turns out it was worse. 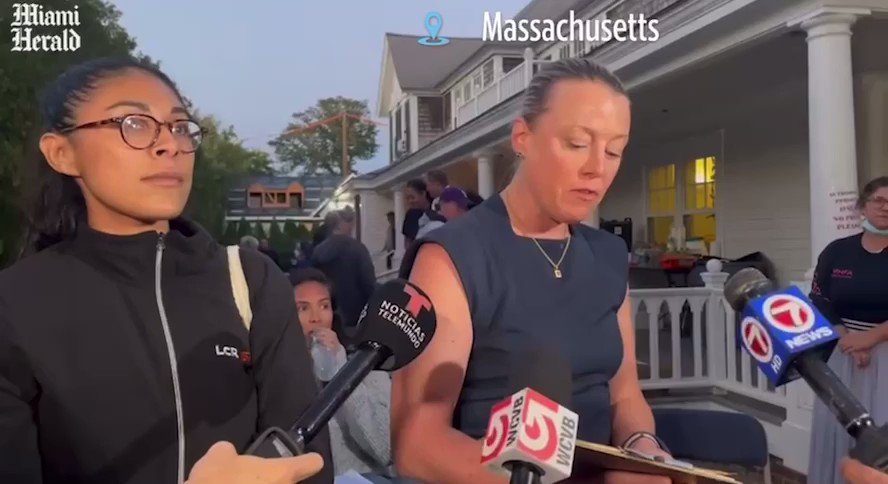 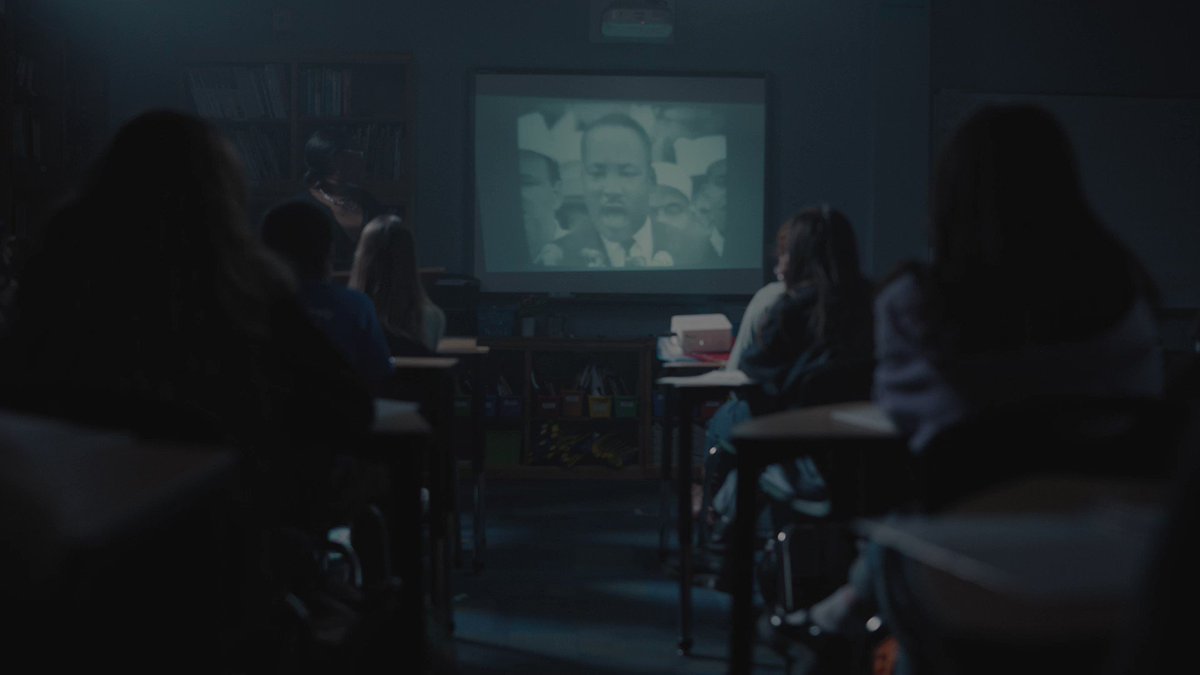 uh, ghouls 👻 🎃 🔮
@4lala
Seeing a lot of “I don’t think anyone is pro-abortion” and so just throwing it out there: I am very much pro-abortion. I believe abortion should be free. Anyone who wants one, for any reason, should easily be able to get an abortion, on demand and without apology.
25 Jun, 2022 - 12:54 AM UTC

@GabbyGiffords
I'm sending love to George Floyd's family today. They are marking two years without a cherished father, son, and friend. The intersection of racism and violence is a crisis in our society, and we must do more to address it.
25 May, 2022 - 01:15 PM UTC 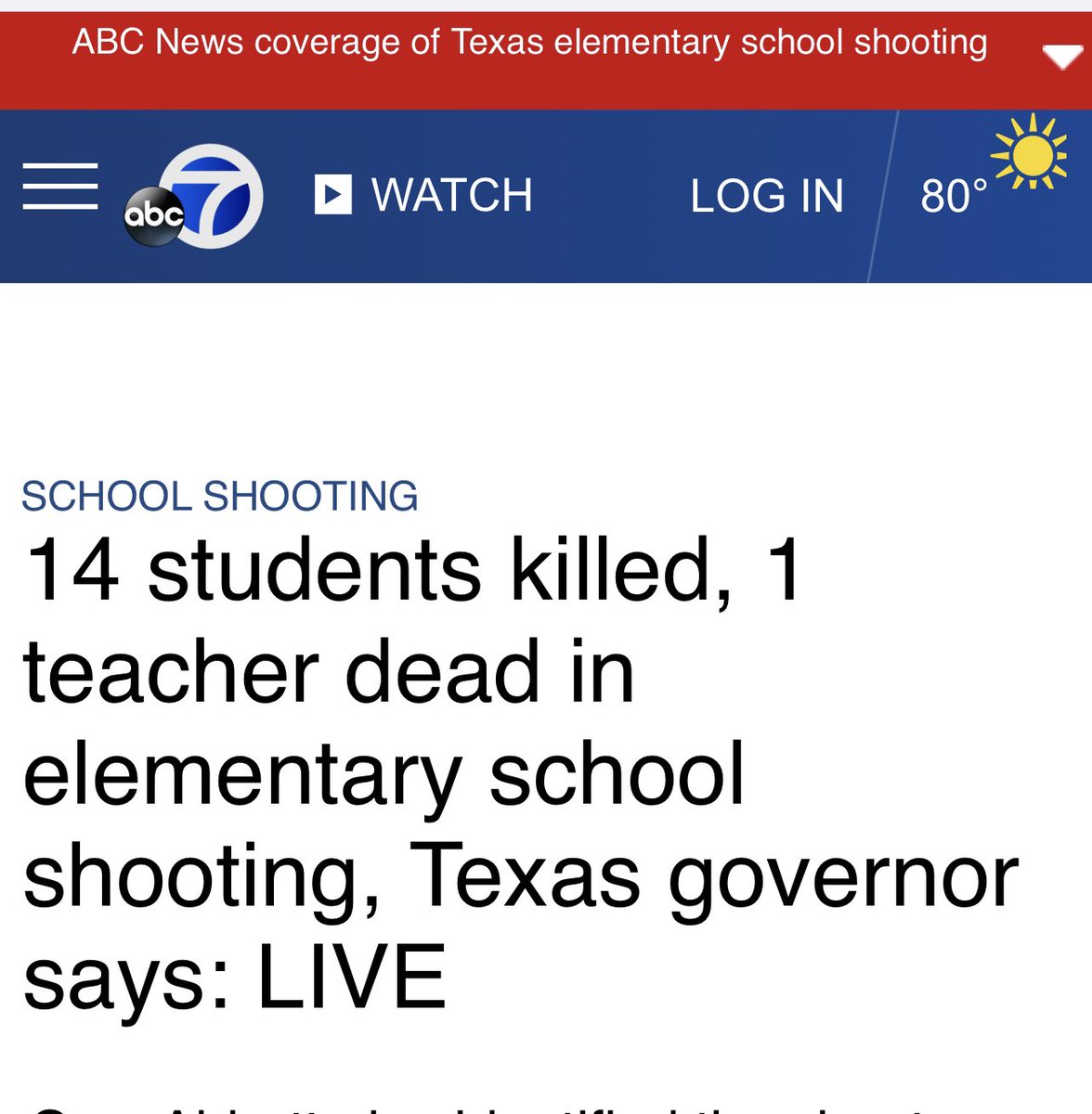 Will Larkins☮️
@ProudTwinkie
The amount of hate i get over social media is disturbing. Complete adults calling ME a predator for talking about my experience growing up gay, homophobia, and mental health struggles.
02 Apr, 2022 - 01:07 PM UTC

Will Larkins☮️
@ProudTwinkie
Recently, I have received what feels like endless threats, homophobia, and people calling me a groomer/pedophile. i’m 17 and seeing what people say about me is scary. This is a direct result of Desantis homophobic rhetoric. They are attacking minors. Protect kids.
02 Apr, 2022 - 01:02 PM UTC

@RepTedDeutch
On #TransDayOfVisibility, I'm proud to hang this flag outside my office.  Tallahassee may try to silence #LGBTQ+ voices, but we will together affirm that #TransRightsAreHumanRights. To trans & nonbinary Floridians & Americans: you are seen, you are valued, & you belong. 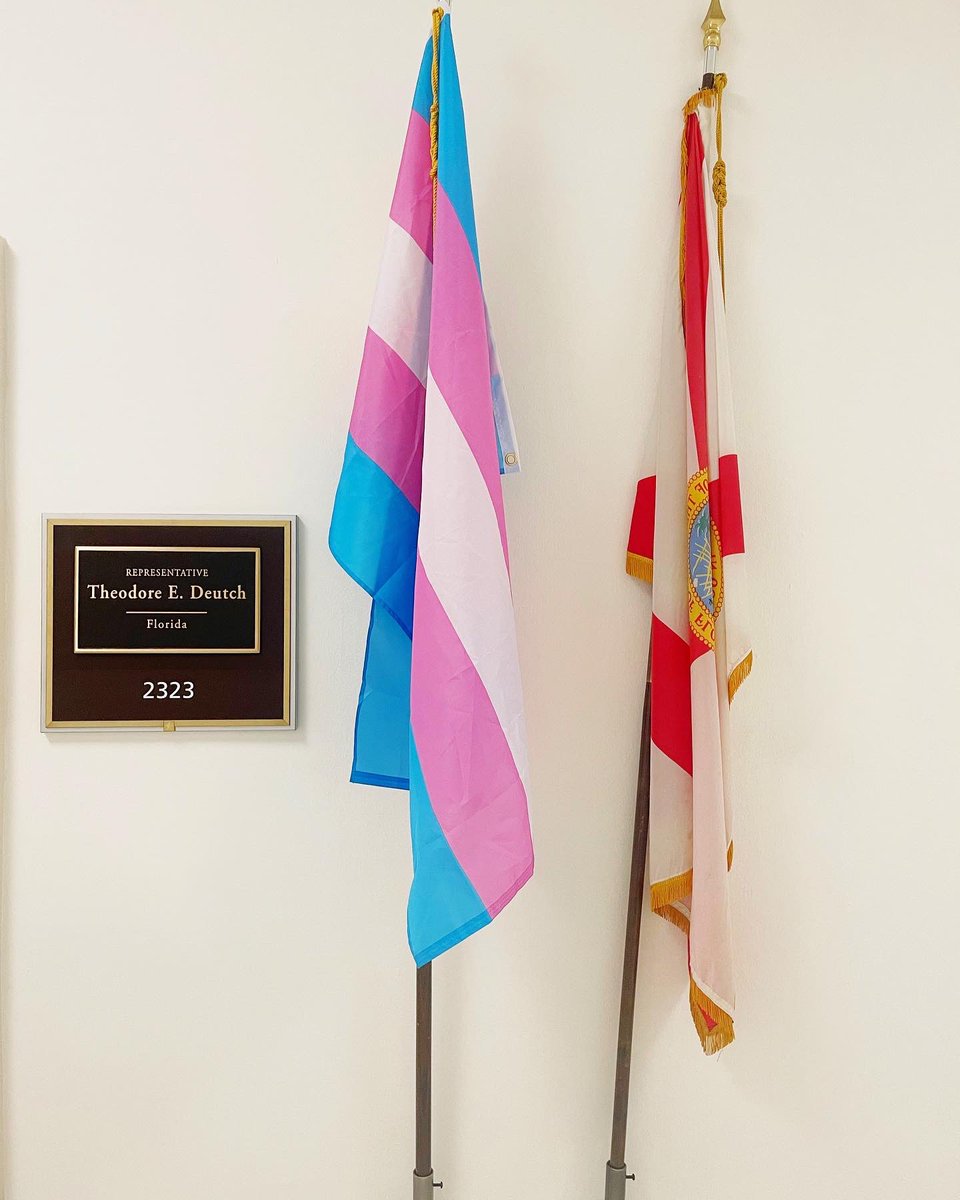 @davidhogg111
THREAD: On why I personally believe the "don't say gay" bill is a bad bill that does nothing but hurt Floridians, our students, teachers, and as a result, our future AND what to do about it/how we can fix it and make our country a lot better in the process.
31 Mar, 2022 - 01:03 PM UTC

March For Our Lives ☮️

@AMarch4OurLives
Each body bag represents 150+ lives lost since the shooting at Marjory Stoneman Douglas High School. Take action with us now, sign our petition to show your support for Universal Background Checks: https://t.co/xmtJG5RzYF 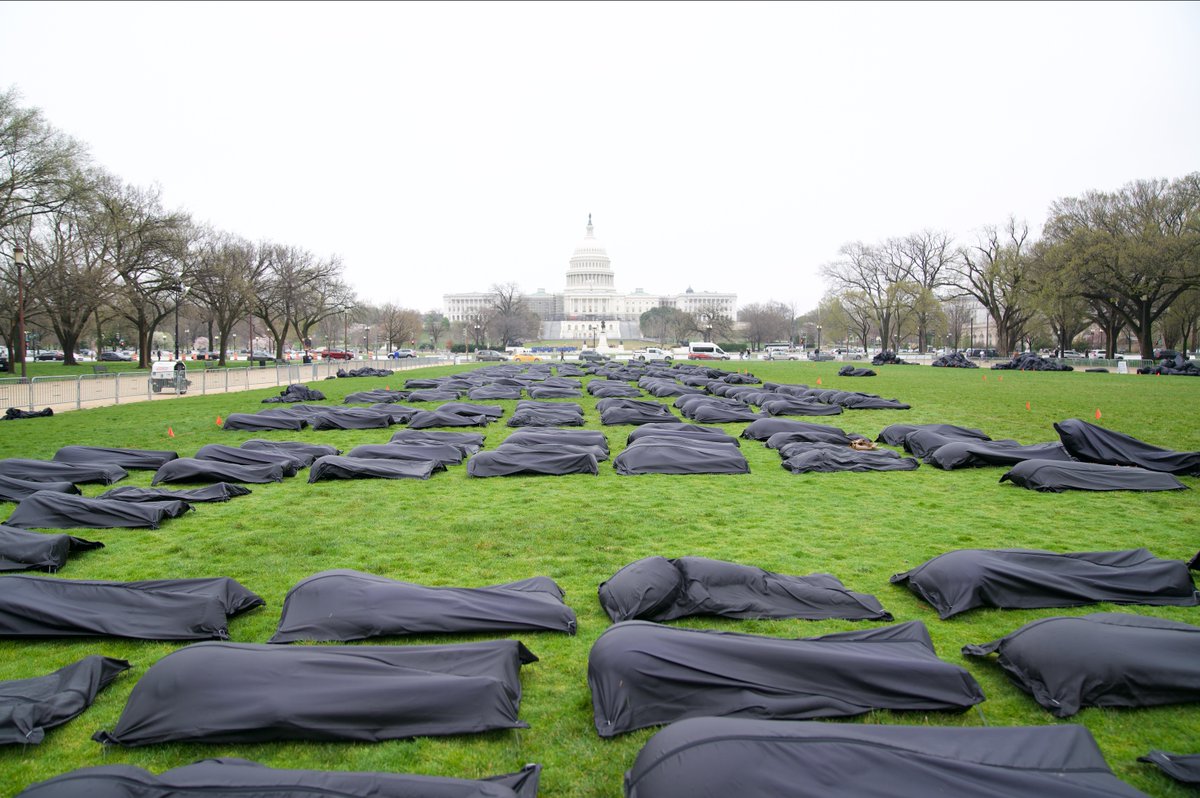 March For Our Lives ☮️

@AMarch4OurLives
4 years since we marched in DC and around the world to end gun violence. 4 years of #ThoughtsAndPrayers. 4 years of broken promises. 4 years without ANY federal action on guns. We've asked for the bare minimum. Now we're sending Congress a message they can't ignore. 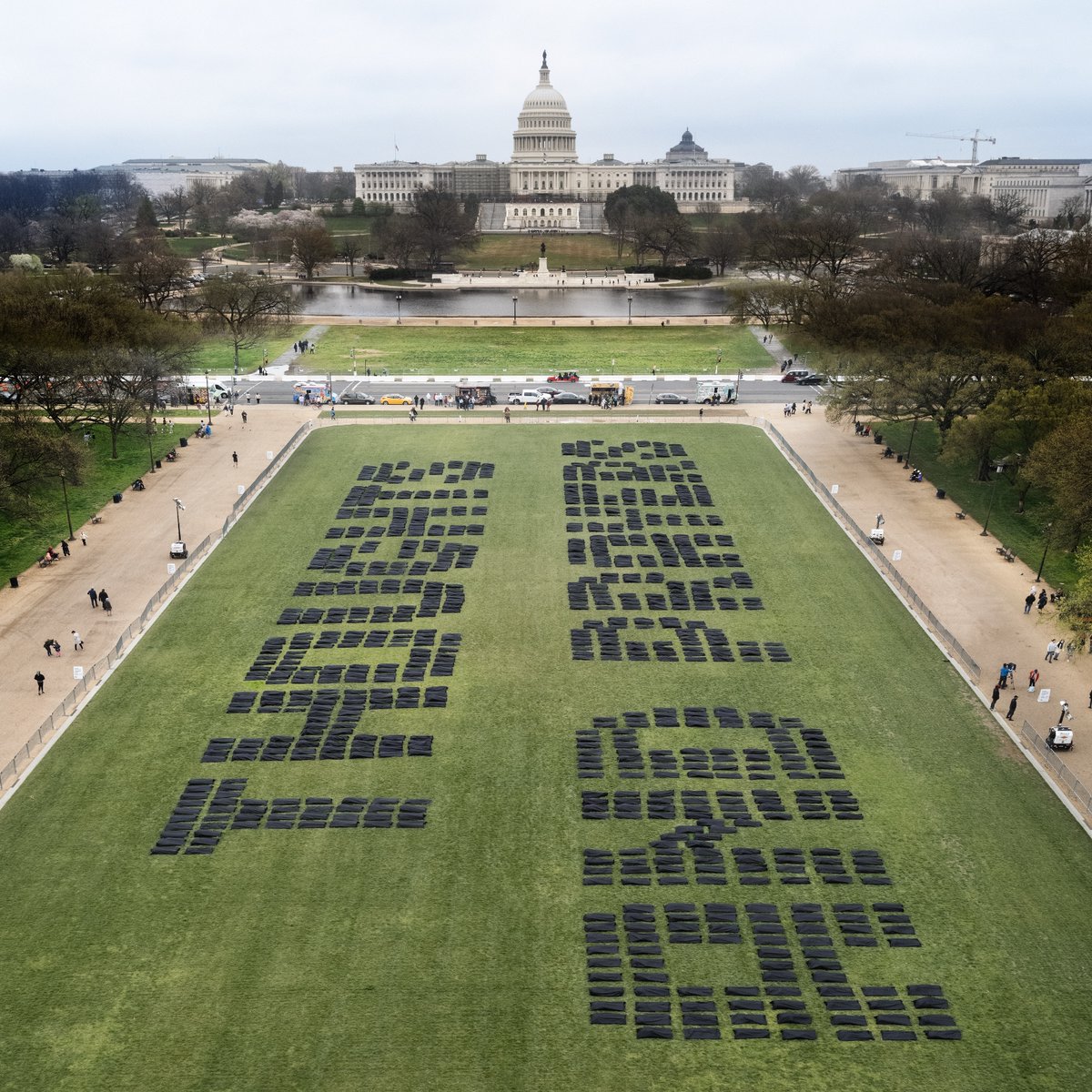 Ryan Thoreson
@ryanthoreson
I'll stop there, but there are very good reasons to oppose #DontSayGay. We know why bills like this are introduced in the absence of actual problems, and it's telling that proponents resisted every effort to make classrooms more inclusive and keep LGBT kids safe.
11 Mar, 2022 - 05:20 PM UTC

Ryan Thoreson
@ryanthoreson
Sen. Lori Berman (D) and Rep. Anna Eskamani (D) proposed amendments for the state Dept. of Education to work with @PFLAG and @GLSEN to create a pamphlet to help parents have these conversations with their kids and give them organizations who can help – those were rejected.
11 Mar, 2022 - 05:01 PM UTC

Ryan Thoreson
@ryanthoreson
Again, opponents of the bill sought to address these concerns but were met with resistance. Rep. Angie Nixon (D) proposed an amendment to ensure students were not outed without their consent – that was rejected.
11 Mar, 2022 - 04:59 PM UTC

Ryan Thoreson
@ryanthoreson
And as important as the abuse, abandonment, and neglect provision is, the fact is that teachers may not know students' lives well enough to know what kind of backlash or violence they're going to face if they're outed without their consent.
11 Mar, 2022 - 04:56 PM UTC

Ryan Thoreson
@ryanthoreson
I think most people recognize the complexity of this - ideally parents are supportive and involved, but the reality is that confidential resources and support in schools are critically important for kids, including some LGBT kids, who may have difficult home lives.
11 Mar, 2022 - 04:55 PM UTC

Ryan Thoreson
@ryanthoreson
Third, the bill requires parental consent to health care services and parental notification of changes to student health and well being, unless there's concern about abuse, abandonment or neglect. There's misunderstanding around this provision too.
11 Mar, 2022 - 04:47 PM UTC

Ryan Thoreson
@ryanthoreson
You can see in that provision that Florida sex ed law *already* requires that instruction must be "appropriate for the grade and age of the student." The only point of this additional legislation is to prevent discussions of LGBT people and families.
11 Mar, 2022 - 04:37 PM UTC

Ryan Thoreson
@ryanthoreson
(Relatedly, Sen. Gary Farmer (D) offered an amendment to make this part of Florida sex ed law inclusive of all marriages - LGBT people have a constitutional right to marry, after all - but, as you might have guessed, proponents of the bill shot that down.)
11 Mar, 2022 - 04:32 PM UTC

Ryan Thoreson
@ryanthoreson
Why am I skeptical that LGBT kids would get the info they need? Because Florida sex ed law *already* stacks the deck against LGBT kids, requiring instructors in HIV/AIDS education to specifically encourage heterosexual marriage. https://t.co/mrGk9UzKgP
11 Mar, 2022 - 04:27 PM UTC

Ryan Thoreson
@ryanthoreson
A second misconception is that this is just about K-3 grades; the bill also prohibits those discussions in older grades if the state deems those conversations not "age appropriate or developmentally appropriate for students in accordance with state standards."
11 Mar, 2022 - 04:22 PM UTC
@callmex's