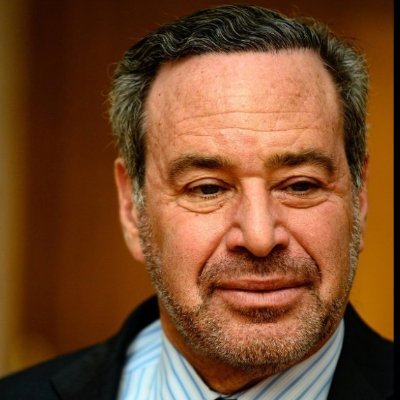 @davidfrum
You believe that Bill Gates, George Soros etc. are about to impose a "great reset," abolish the US dollar, impose globalist tyranny. How will guns help you? You're planning a one-person shoot-out against an elite hat up-ended the US govt? How is THAT going to go?
19 Sep, 2021 - 03:43 PM UTC

@davidfrum
NB for those interested @EggerDC posted sequence of Twitter replies to my below thread https://t.co/OhyosE9kW6
18 Sep, 2021 - 05:55 PM UTC

@davidfrum
I must again caution everyone against premising your hot takes about civilian-military relations on advance reports about Bob Woodward reporting. Double the opportunity for distortion and exaggeration. Caution 1 from 2018 https://t.co/0LhgauxrOG
17 Sep, 2021 - 01:01 PM UTC

@ianbateson
Germany's last debate before next Sunday's election beginning in a few minutes. Will be live tweeting. SPD candidate Scholz currently in the lead, followed by CDU/CSU's Laschet, and Greens Baerbock in a distant third. One of them will take Germany into post-Merkel era

@CaitlinPacific
@AmyRhody @davidfrum I myself was a bit surprised by the overland journey
18 Sep, 2021 - 07:40 PM UTC

@business
Getting Donald Trump’s longtime CFO to turn on his boss may prove tough for New York prosecutors. Allen Weisselberg is seen as unlikely to get a lengthy sentence even if convicted on tax fraud and other charges. https://t.co/EBI4xGTsEv
18 Sep, 2021 - 04:20 PM UTC

@GiffordsCourage
The people who were arrested for the Jan 6th attack on the Capitol aren’t “political prisoners,” they’re violent insurrectionists and a threat to public safety. This “rally” in DC today only fan the flames of violence and extremism.
18 Sep, 2021 - 01:26 PM UTC

@nationalpost
Nearly two-thirds of Canadians believe that the flag, which has been flying at half mast since late May, should be brought back up, according to new polling from Maru Public Opinion. #CDNpoli #Elxn44 https://t.co/nMfTZeoy7G
18 Sep, 2021 - 01:24 PM UTC

David Darmofal
@david_darmofal
Opposition to TPP seems like an example of the populist extremes of the two parties getting an economic policy spectacularly wrong & other politicians who are not part of those populist extremes going along, erroneously, for political reasons. https://t.co/9JE45x6Jdc
18 Sep, 2021 - 01:19 PM UTC

@MarkSKrikorian
"If any Haitian who makes it to the U.S. border is home free, then more people are going to do it. If you lived in Brazil or Chile for years, one of your kids was born here, you are ineligible for asylum. You were firmly resettled in another country."
18 Sep, 2021 - 01:15 PM UTC

@MarkSKrikorian
"We are dealing with this really new type of migration which are these Haitians coming from mainly Brazil and Chile. They are mainly looking for jobs, they come from third countries so repatriation is difficult." https://t.co/6lIBzuUntJ
18 Sep, 2021 - 01:15 PM UTC