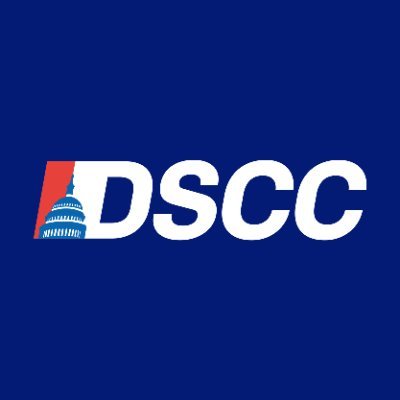 @dscc
Senators Ron Johnson and Marco Rubio voted AGAINST a popular policy that would cap the cost of insulin at $35 per month. Both senators are on the ballot in November.
10 Aug, 2022 - 01:02 PM UTC

@dscc
Senator Ron Johnson has proven over and over again that he’ll put himself and his wealthy donors ahead of hardworking Wisconsinites. It’s all hands on deck to send him packing and expand our Democratic Senate majority! Chip in to help us do it: https://t.co/Gnx33bL84A #WISen
10 Aug, 2022 - 02:27 AM UTC

@dscc
After 12 years, Senator Johnson has completely lost touch — and that’s exactly why Wisconsin voters will fire him in November. #WISen 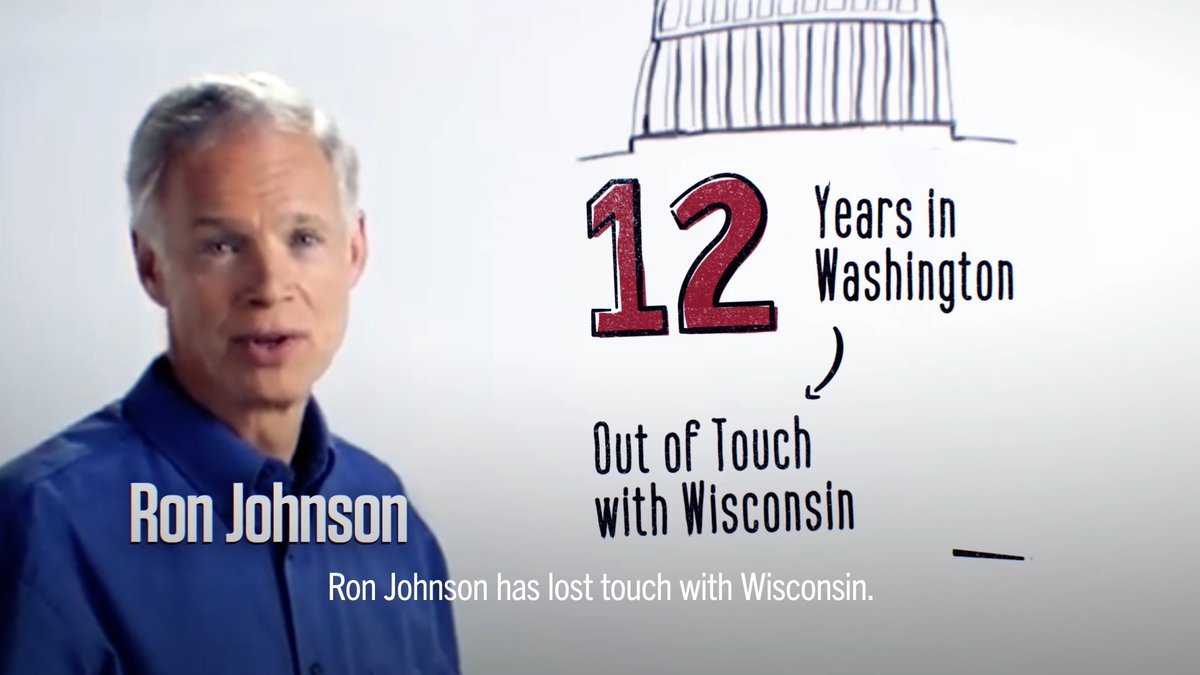 @dscc
BREAKING NEWS: @TheOtherMandela is officially Wisconsin’s Democratic nominee for Senate! The son of a public school teacher and a third-shift auto worker, he fights for the values Wisconsin families believe in. Help send him to the Senate: https://t.co/PjkzWM1k2X #WISen
10 Aug, 2022 - 01:31 AM UTC

@dscc
Senator @DickBlumenthal is officially the Democratic nominee for Senate in Connecticut! Go to https://t.co/NKRvN5yzLi to help re-elect Senator Blumenthal and defend our Senate majority. #CTSen 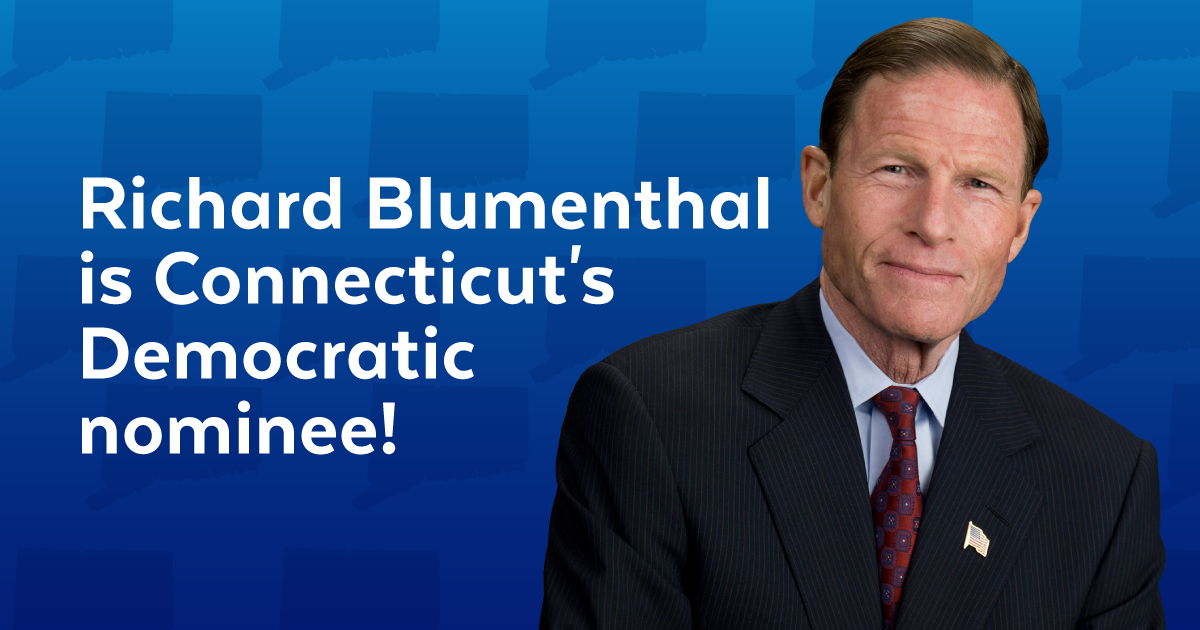 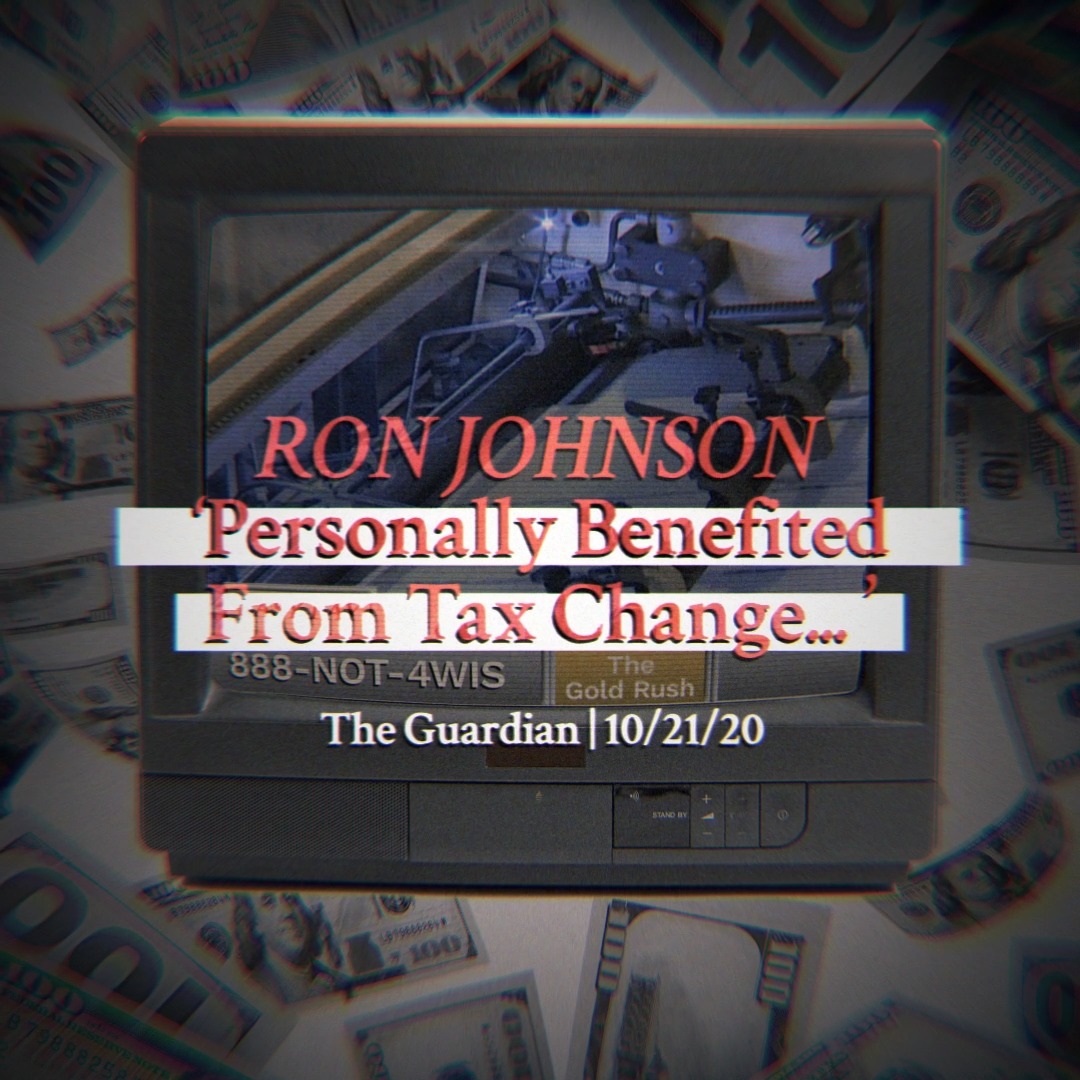 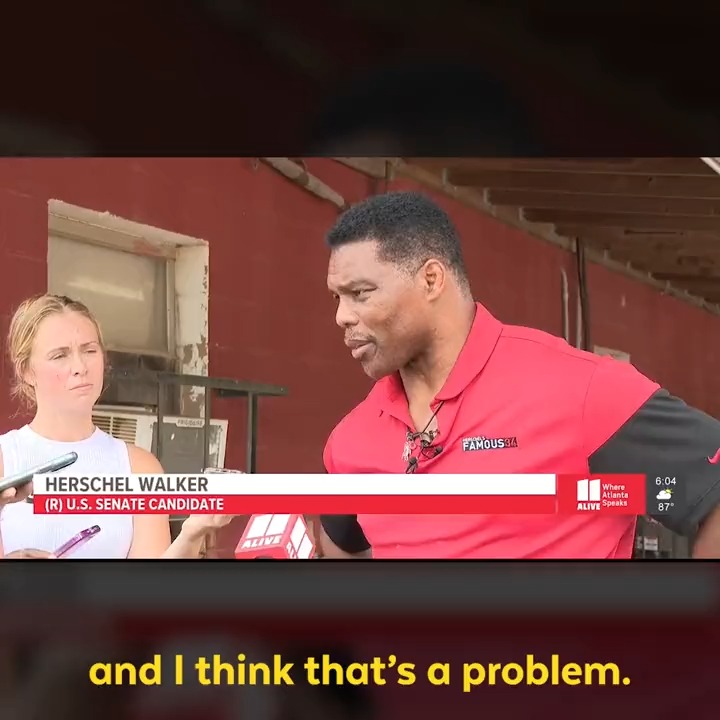 @dscc
Yet again, Senate Republicans stood by Big Pharma instead of standing up for hardworking Americans. https://t.co/A5uMClooDG
09 Aug, 2022 - 08:36 PM UTC 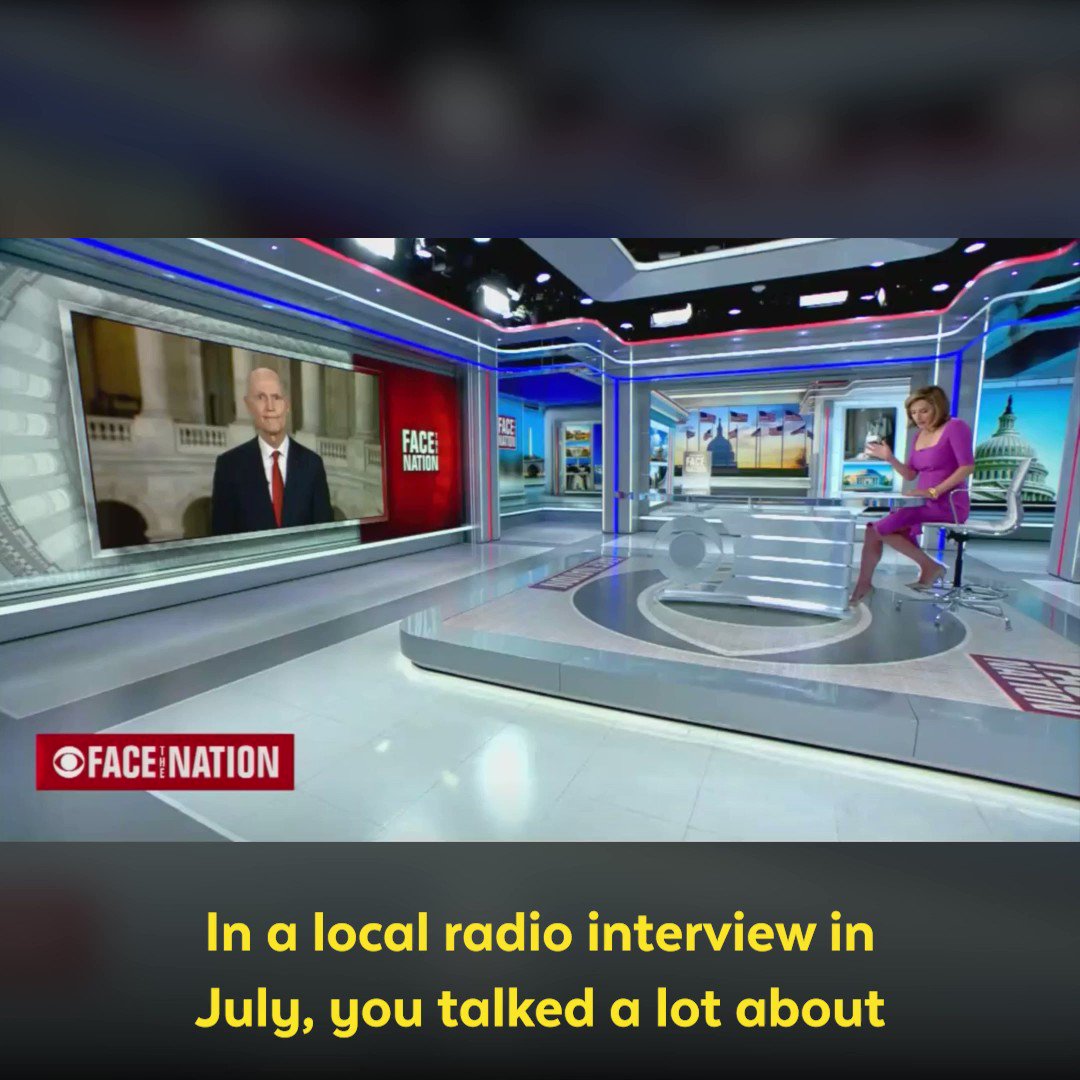 @dscc
When Republicans were in power, they cut taxes for corporations and the wealthiest few. With Democrats in power, we’re laser-focused on lowering costs for working families, closing loopholes exploited by big corporations, and combating climate change. The contrast is clear.
09 Aug, 2022 - 01:43 PM UTC

@dscc
NEW 📺: Watch our first general election ad in the Wisconsin Senate race. Ron Johnson is bought and paid for by his billionaire corporate donors. That’s why he delivers for them, not Wisconsin families. Call 1-888-Not-4Wis to learn more! #WISen 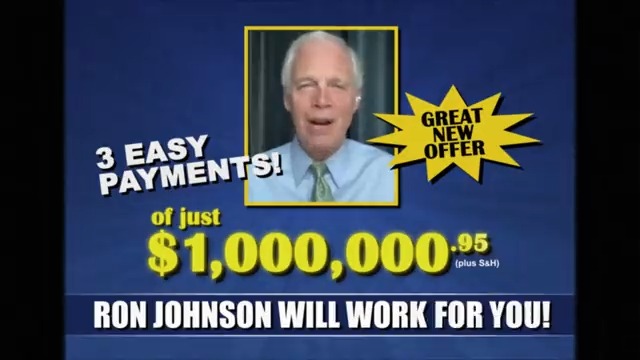 @dscc
While Senator @CortezMasto fights every single day to protect the rights of Nevada women to make their own health care decisions, Adam Laxalt has called abortion access “a joke” and “a historic error.” The contrast couldn’t be clearer. #NVSen
08 Aug, 2022 - 10:22 PM UTC

@dscc
Republicans will make abortion illegal nationwide without exceptions for rape, incest, or the life of the mother if they take back power. We can’t let their wildly unpopular agenda become reality.
08 Aug, 2022 - 08:05 PM UTC

@dscc
From cutting energy costs to lowering prescription drug prices to combating climate change, the Inflation Reduction Act will make a real difference for Americans across the country. Every Republican senator voted against it.
08 Aug, 2022 - 04:46 PM UTC

@dscc
Senator Marco Rubio’s vote against the Inflation Reduction Act is the latest demonstration that he’s the kind of spineless politician who puts his own politics over the interests of Florida’s working families. #FLSen
07 Aug, 2022 - 09:48 PM UTC

@dscc
Wisconsin voters will hold Senator Johnson accountable for voting against the Inflation Reduction Act — which will cut costs, lower the price of prescription drugs, and tackle inflation — by kicking him out of office in November. #WISen
07 Aug, 2022 - 08:58 PM UTC

@POTUS
Today, I sign into law the CHIPS and Science Act. It's a once-in-a-generation law that invests in America by supercharging our efforts to make semiconductors here at home. Today represents a more secure economy, jobs, and a stronger future for our nation. America is delivering.
09 Aug, 2022 - 02:41 PM UTC

@ReverendWarnock
The people of Georgia have given me the honor of representing them in the United States Senate and I've remained committed to them by working to pass legislation like the bipartisan jobs and competition bill, the Invest to Protect Act, and the Inflation Reduction Act.
09 Aug, 2022 - 02:31 PM UTC

@Maggie_Hassan
By opposing a price cap on insulin, Chuck Morse has made it crystal clear he would side with Mitch McConnell and Big Pharma over Granite Staters.
09 Aug, 2022 - 02:27 PM UTC

@AlexPadilla4CA
From access to abortion to action on climate change, the Republican Party does NOT represent the views of most Americans. It's time to vote them out.
09 Aug, 2022 - 12:45 AM UTC

@CheriBeasleyNC
In case you missed it, I joined @ZerlinaMaxwell on @TheLastWord. Voters’ decision to protect abortion rights in Kansas should be a lesson to politicians like Ted Budd, who are out of step with the people of North Carolina. 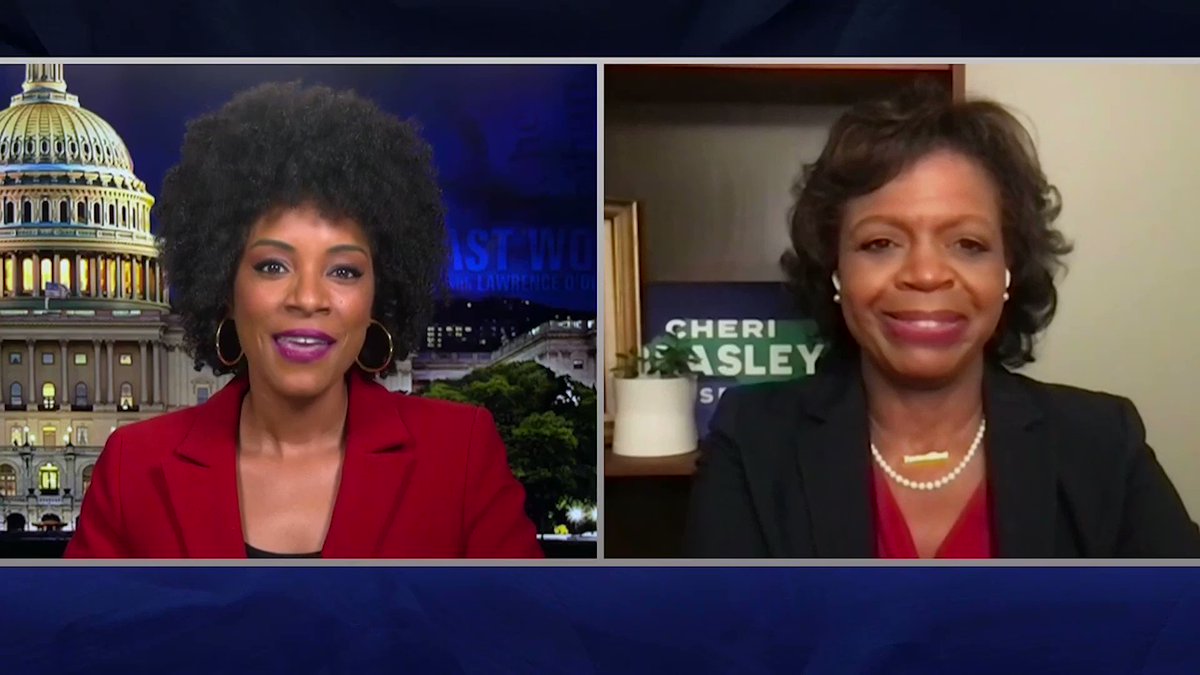 @KamalaHarris
The Inflation Reduction Act will lift up the condition and quality of life of the American people by addressing essential needs—lowering the cost of health care, prescription drugs, and everyday energy costs.
08 Aug, 2022 - 04:57 PM UTC

@ewarren
Our first real push against the climate crisis. Our first time opening the door for Medicare to negotiate lower prescription drug prices. Our first minimum tax on billion-dollar corporations’ profits. The American people voted for change, and Democrats are getting it done.
08 Aug, 2022 - 04:38 PM UTC

@jontester
In 2018, you sent me back to the Senate against all odds. Yesterday’s win to cut the debt, hold corporations accountable, lower prescription drug prices, combat climate change, and invest in American energy wouldn’t have been possible without your support. It’s an honor to serve.
08 Aug, 2022 - 01:11 PM UTC

@Morning_Joe
.@ChrisMurphyCT: "Republicans seem to be lost in terms of what they're actually for—It's very clear what they're against, and it's really popular stuff." https://t.co/6HT32h09wn 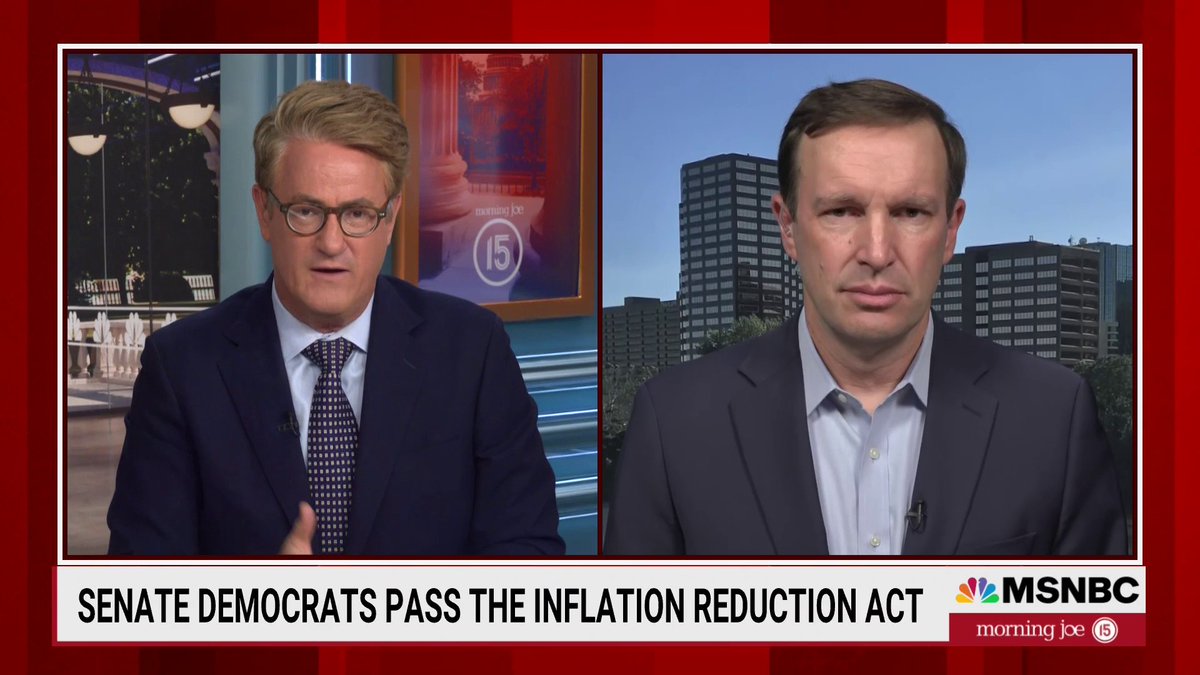 @DavidABergstein
-> "Democrats have long been bullish on their Senate candidates and their ability to create their own weather." -> "Money is a real problem for Republican campaigns." -> "The clearest recruitment failure from Republicans comes in New Hampshire." https://t.co/VzHZA50o7Q
08 Aug, 2022 - 01:37 AM UTC

@JeffMerkley
Every Senate Republican voted against allowing Medicare to negotiate drug prices and reduce costs for families. Luckily, they're not in the majority. But they could be if we don't get out the vote this coming election. So, vote blue in 2022!
08 Aug, 2022 - 12:05 AM UTC

@VP
The wealthiest corporations are finally going to pay their fair share under the Inflation Reduction Act.
07 Aug, 2022 - 11:05 PM UTC

@SenGillibrand
The #InflationReductionAct is the biggest climate change package that the Senate has ever passed. We're investing $60 billion in clean energy, creating 1.5 million new jobs, and reducing carbon emissions 40% by 2030.
07 Aug, 2022 - 09:03 PM UTC

@DavidABergstein
It’s one of the biggest cost-cutting, prescription-drug price-reducing, deficit busting, climate change tackling bills in history — brought to you by SENATE DEMOCRATS. Every Republican is voting against it
07 Aug, 2022 - 07:06 PM UTC

@DavidABergstein
Rick Scott gets grilled on flawed GOP Senate candidates, gets flustered and can't even answer. It's bru-tal. Book him every weekend, I say. 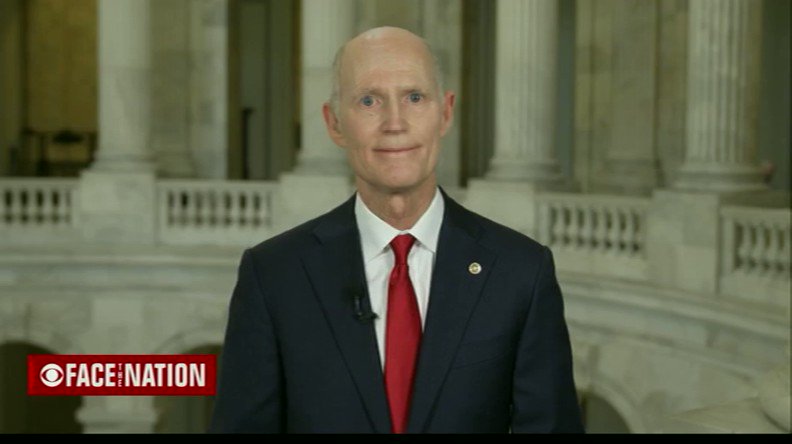 @AlexPadilla4CA
Under the Inflation Reduction Act, no small business or family earning less than $400,000 will see their taxes go up, and the legislation will lower the deficit significantly, going a long way towards easing inflation.
07 Aug, 2022 - 04:10 AM UTC

@AlexPadilla4CA
Voters in NC have an opportunity to help expand our Democratic majority. @CheriBeasleyNC will give us a critical vote in the Senate to protect reproductive freedoms, healthcare, voting rights and more. Chip in to support her campaign if you can! https://t.co/flzftSFBn1
05 Aug, 2022 - 03:23 AM UTC

@JeffMerkley
We have a real opportunity to expand our Senate majority by electing these five Democrats running in competitive races: @ValDemings, @theOtherMandela, @JohnFetterman, @CheriBeasleyNC, and @TimRyan. We must get it done for our democracy!
05 Aug, 2022 - 02:22 AM UTC

@MurrayCampaign
Republicans had the chance to protect doctors who were doing their job. Instead, they turned their back on them. I’m going to keep fighting to ensure doctors providing legal reproductive care, like abortion, can’t be investigated or thrown in jail.
05 Aug, 2022 - 02:00 AM UTC

@Bob_Casey
While @TheOtherMandela is running on a platform focused on working families, Sen. Johnson is going after Social Security and Medicare—AFTER helping Republicans increase the deficit by $1.5 trillion in 2017 + giving tax cuts to the ultra-wealthy. https://t.co/MaSnxRmPTk
04 Aug, 2022 - 03:00 PM UTC

@CheriBeasleyNC
👀Do you have your yard sign yet? Let your neighbors know you’re on Team Beasley! https://t.co/Sq5LRmzCS5 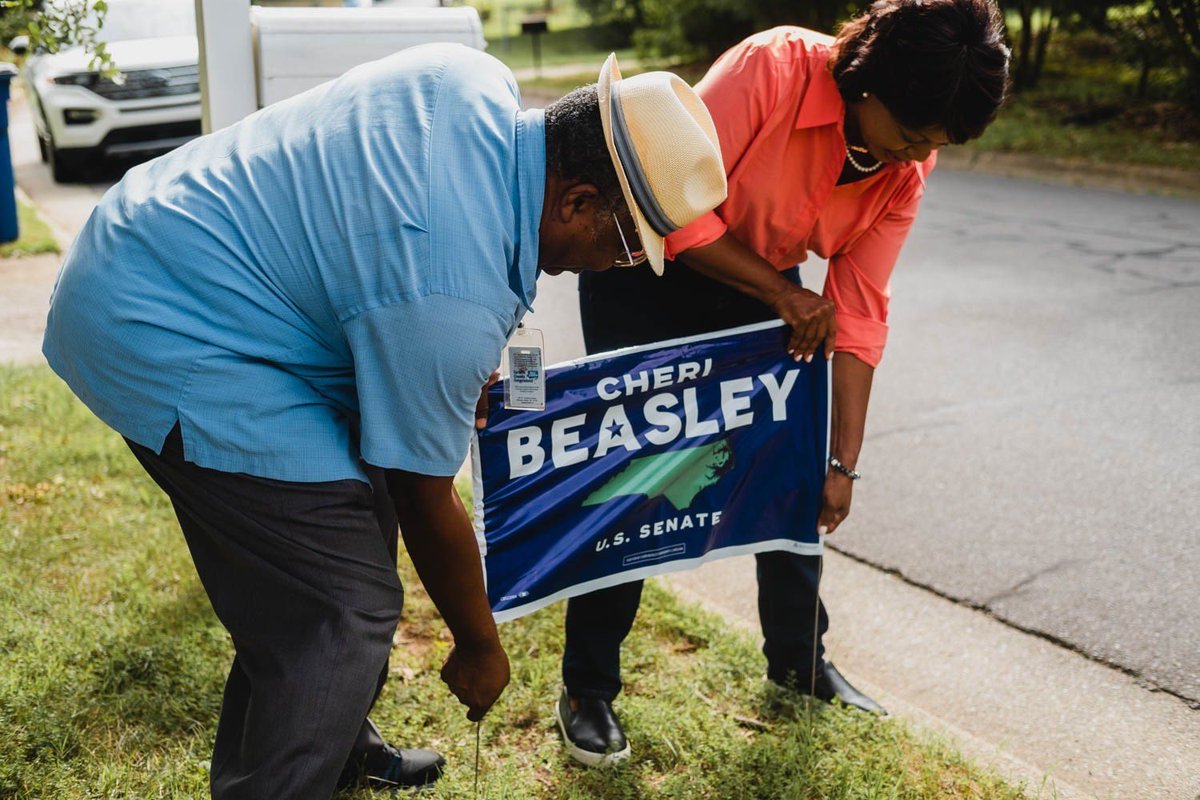 @ReverendWarnock
Last month, I introduced legislation to help veterans find stable housing and access job training to help them return to the workforce. Passing these bills is one of many ways we can thank them for their service.
04 Aug, 2022 - 12:05 AM UTC

@MurrayCampaign
Today I tried to pass straightforward legislation that would protect doctors providing LEGAL abortion care so they can do their jobs without the threat of being investigated or thrown in jail. And Republicans blocked it.
03 Aug, 2022 - 10:20 PM UTC
@dscc's