@govtrack
Keep in mind that leaving the party doesn't mean that he would vote any differently in the Senate. And if he plans to vote the same, this is a nothing-burger about making people feel better about a letter and a color, not about policy. https://t.co/V9ldl2JPxh
20 Oct, 2021 - 05:34 PM UTC

@govtrack
😤Was just about to tweet that we’d updated our misconduct database and now it’s out of date again. Meanwhile, here’s what’s next for Fortenberry’s committee assignments. https://t.co/tt5Ktsgzeo
19 Oct, 2021 - 10:05 PM UTC

@govtrack
Starting 10/1, the USPS will slow down delivery service. @CongressmanRaja and @MartinHeinrich have been worried about this all year which is why they introduced the DEJOY Act https://t.co/LJzZDJbi3s We tell you all about it in this #aBillaMinute.
19 Oct, 2021 - 08:56 PM UTC

@govtrack
'Its use in the Civil War primarily appears to have been featured in some of the heinous massacres of Black Union soldiers in the war.' 'It’s a vow to massacre their enemies.' https://t.co/jmrK5kMkYZ
18 Oct, 2021 - 06:20 PM UTC

@MZanona
GOP Rep. Jeff Fortenberry, who was recently indicted, has officially & temporarily resigned from his committee assignments. It was just processed on the House floor. Fortenberry served on House Appropriations, where he was ranking member of the Agriculture Subcommittee.
20 Oct, 2021 - 08:12 PM UTC

@CraigCaplan
51-50: Vice President Harris casts her ELEVENTH tie-breaking vote in her 10 months in office for the Senate to confirm Catherine Lhamon to be Assistant Education Secretary for Civil Rights. It's also her second vote in the Senate for today. https://t.co/Wlau9cdtjb 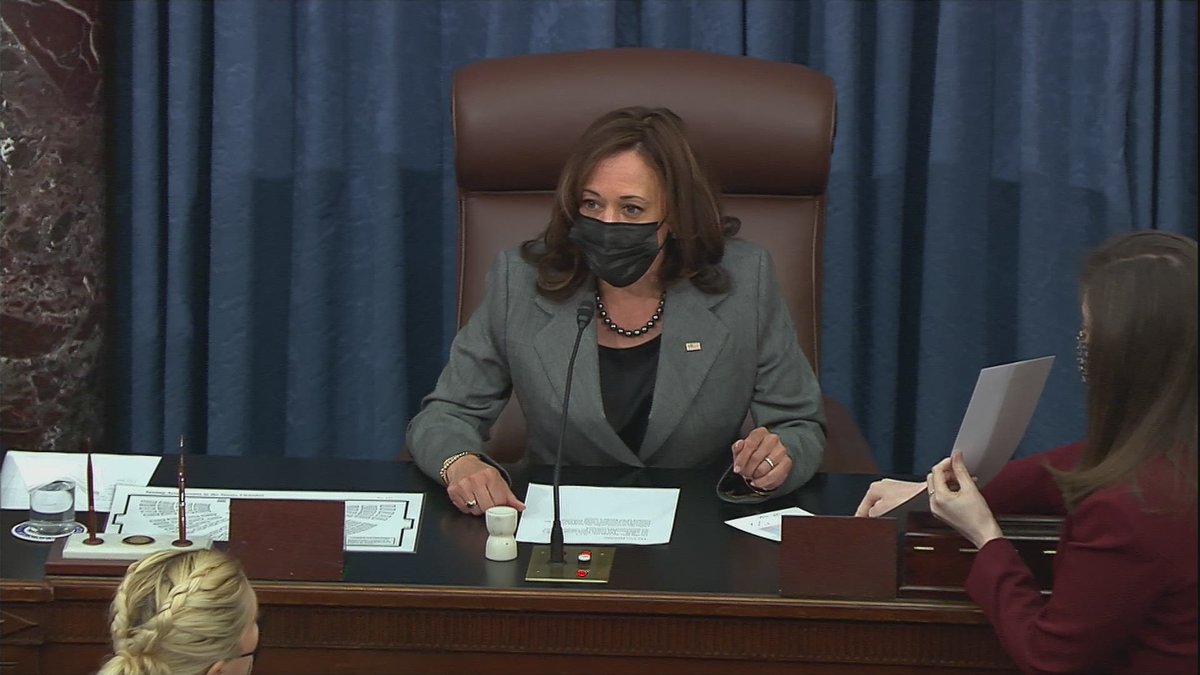 @ChadPergram
E) “I have the responsibilities of being the Majority Leader in this body without having a majority,” complained Knowland on the floor one day.
20 Oct, 2021 - 06:21 PM UTC

@CraigCaplan
51-50: Vice President Harris casts her TENTH tie-breaking vote in her 10 months in office to advance the nomination of Catherine Lhamon to be Assistant Education Secretary for Civil Rights. https://t.co/Wlau9cdtjb 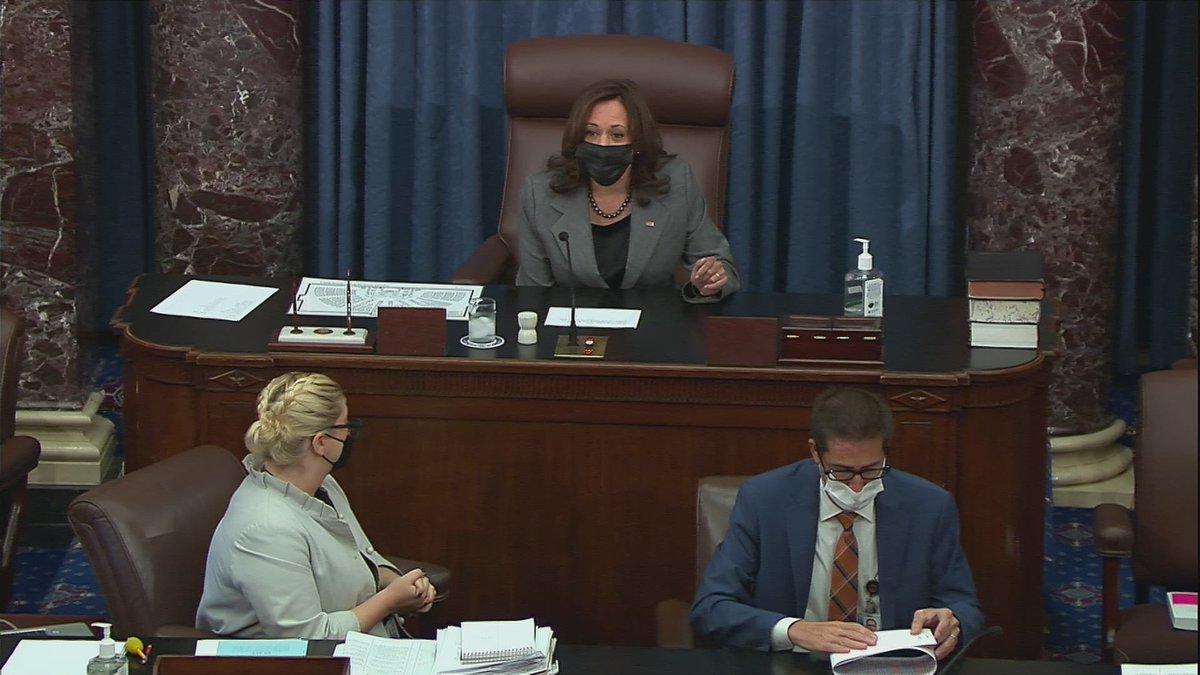 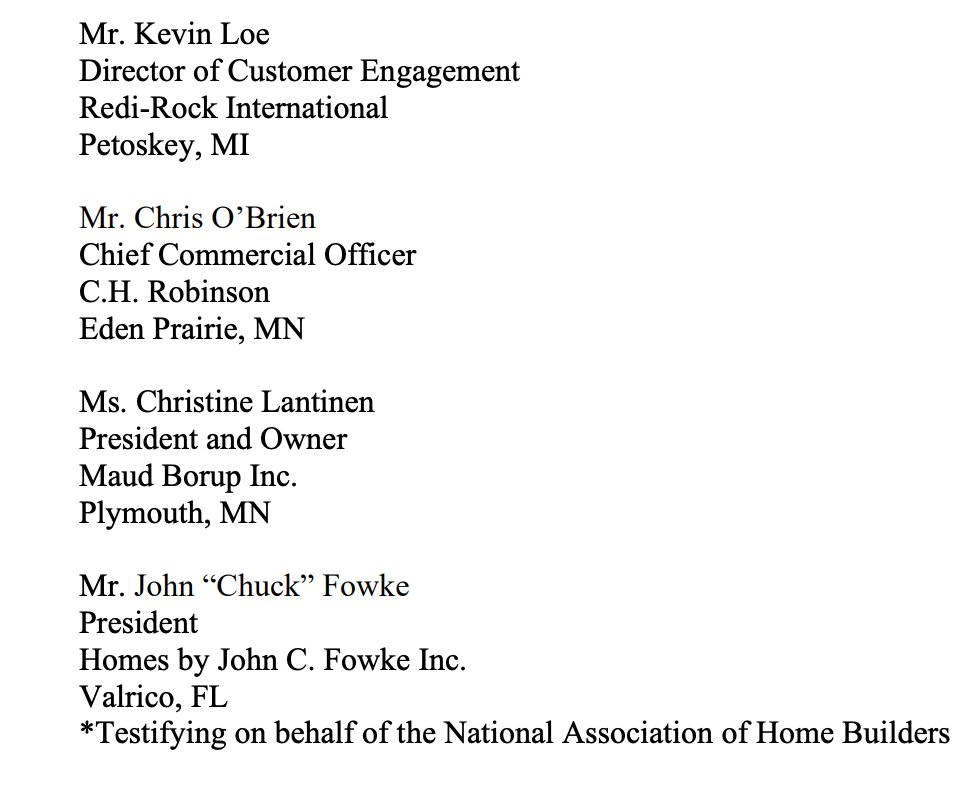 @CraigCaplan
Librarian of Congress Carla Hayden, U.S. Copyright Office Director Shira Perlmutter and other officials testify before the Senate Rules and Administration Committee on efforts to modernize the Library of Congress. https://t.co/XClMlWASyK @cspan.org

@lachlan
Hoooo boy. DOJ says they enlisted the cooperation of a Fortenberry associate, who informed him he'd likely received illegal foreign straw donations. Later, Fortenberry allegedly told the FBI he had no knowledge of any such scheme https://t.co/yMgzSBh2Xn
19 Oct, 2021 - 09:17 PM UTC

@ChadPergram
GOP NE Rep Jeff Fortenberry announces he expects he will be indicted for not telling the truth to the FBI. Says he will fight the charges: https://t.co/sSHNtij8lO
19 Oct, 2021 - 01:37 PM UTC

@DavidMarkDC
Rep. David Price (D-N.C.) is retiring. He authored the "Stand By Your Ad" provision in the 2002 McCain-Feingold campaign finance law. Instantly recognizable to even casual political observers. "I'm Candidate X, and I approve this message." https://t.co/81gghZAGCw
18 Oct, 2021 - 03:19 PM UTC

@kirk_bado
If you received a $1700 taxidermy from Madison Cawthorn I'm begging you to contact me. DM and Signal are open https://t.co/jd84OVxC5d

@CraigCaplan
166 Democrats and Republicans of the 425 total House members who voted on the debt limit increase bill voted by proxy, according to the House clerk's office. https://t.co/NyD5wsjHiz https://t.co/78BCNsmWjV
13 Oct, 2021 - 11:47 AM UTC
@govtrack's