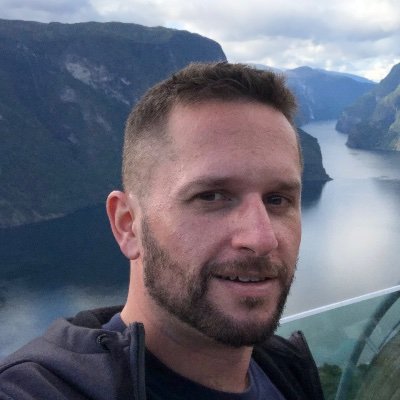 @jbarro
Love this, and it gets at why I'm for Garcia -- people talk about "running the government like a business" but what NYC needs is for government to run like a government. We need agencies to execute-- kids in school, cops following the rules, trash off sidewalks etc. https://t.co/rpZ8VCietM
17 Jun, 2021 - 01:26 PM UTC

@jbarro
I dunno, doesn’t this make the dots significantly less hawkish than they seem? The rate forecast went up because the GDP and inflation forecasts went up. If the heat doesn’t materialize, neither should the rate hikes. 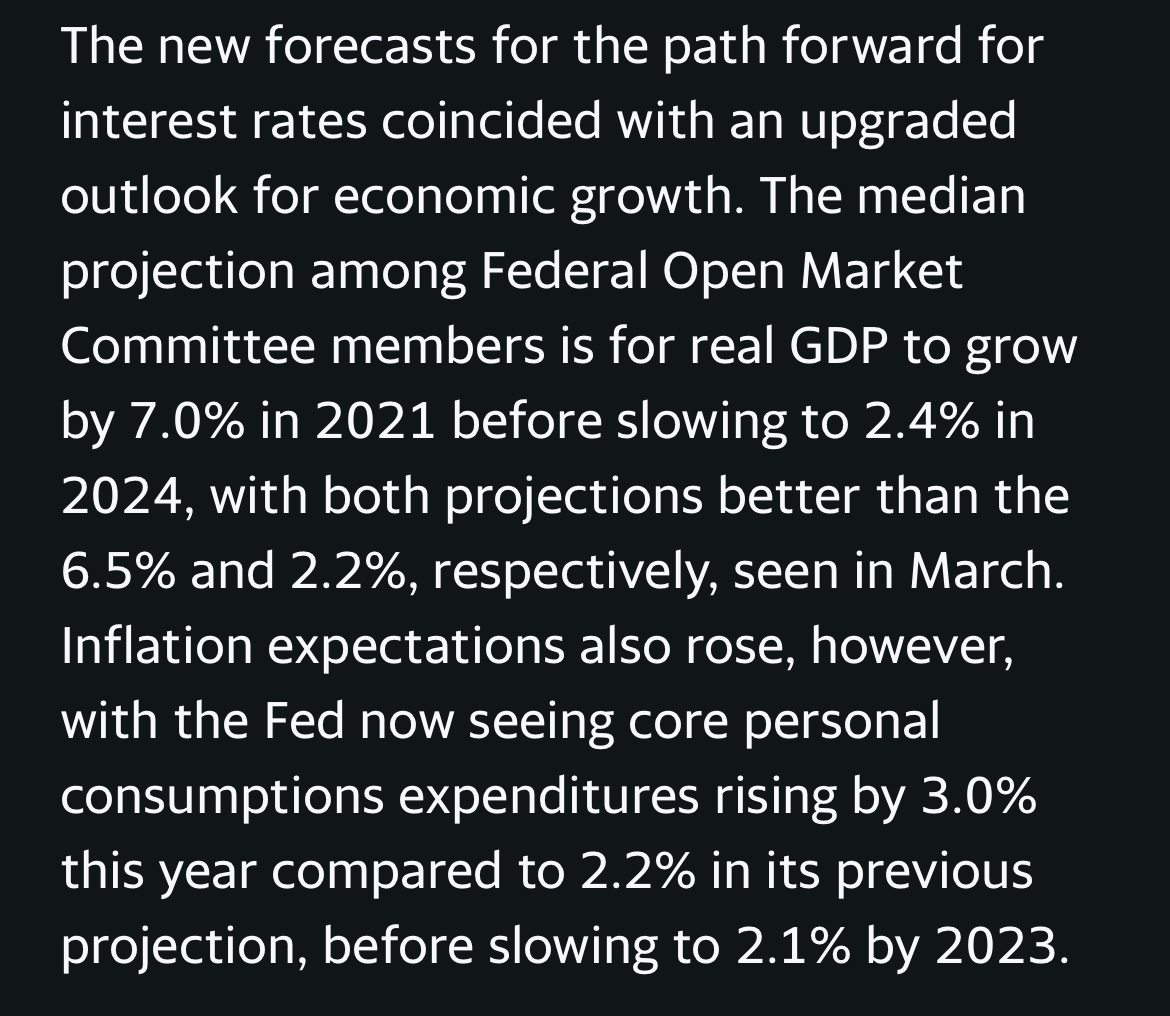 @jbarro
Joe Manchin was WV Secretary of State so I guess it makes sense he would have a lot of granular opinions about voting procedure https://t.co/x8vzeXh9he
16 Jun, 2021 - 06:02 PM UTC

@jbarro
My take on the big, fascinating NYT investigation on working at Amazon: The combination of the company's massive growth and the tight labor market is making its "churn-and-burn" labor model increasingly untenable. They need to be a nicer place to work. https://t.co/qBfLsQAc3r
16 Jun, 2021 - 02:01 PM UTC

@jbarro
This whole essay is kind of stupid, but especially this. If nobody wants to own bonds anymore, then how are yields so low? It’s not like the Fed owns all the bonds. If the calamity Cohan sees coming is inevitable, long yields should be spiking already. https://t.co/2xwl01AYjH 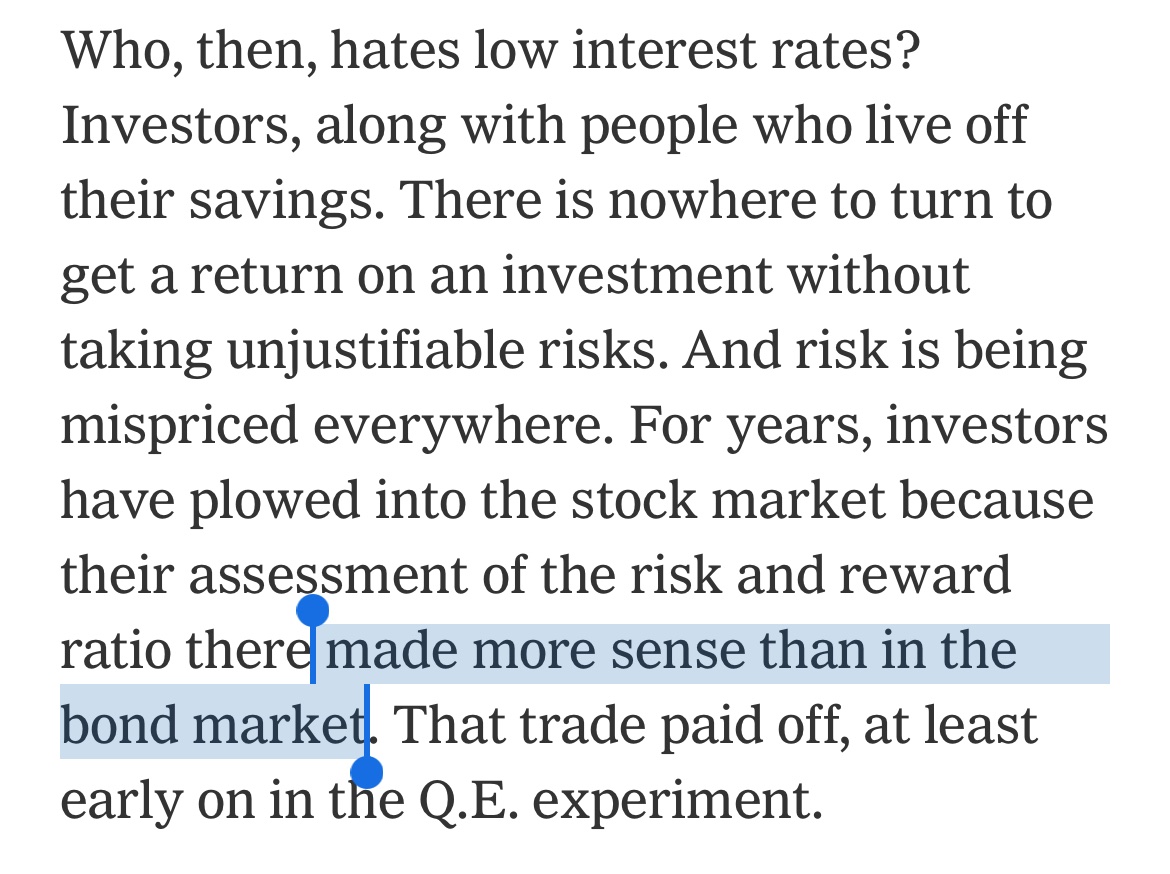 @jbarro
I’m confused by this story’s conceit that Wiley is one of two candidates especially connecting with black voters. As it notes far down, Marist gives her 11% of the black vote, worse than she does with whites or Hispanics. Adams has 43% of black voters. https://t.co/0XoAZguYJu
16 Jun, 2021 - 01:25 AM UTC

@jbarro
I don’t think @rortybomb or @JWMason1 were ever in denial of this, but one good thing about Trump being out of office is we can have a frank talk about how and why the economy was doing quite well for ordinary people in 2019. https://t.co/VJXXQau7jq 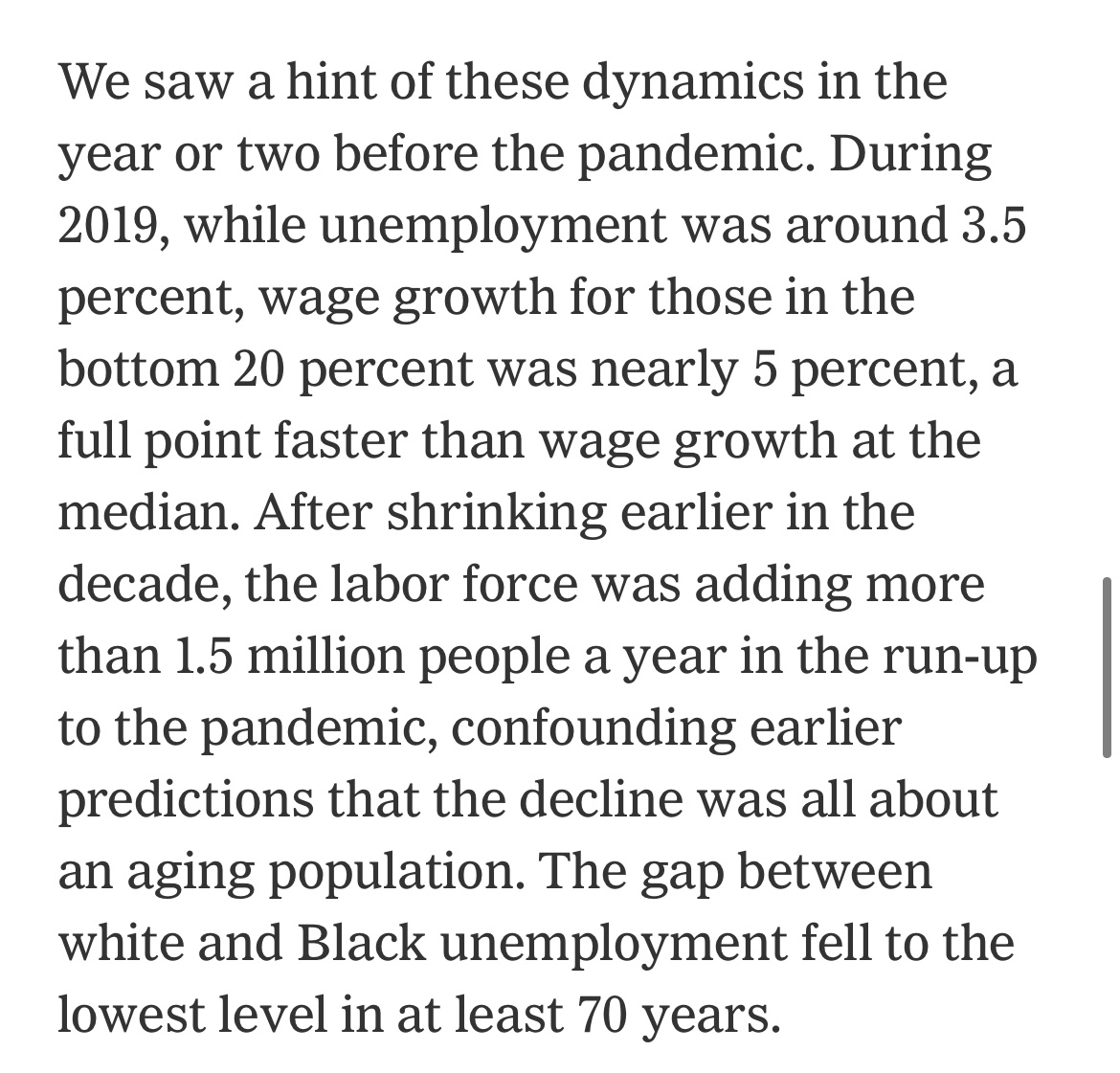 @jbarro
It's not even good PR. The case for a hot labor market requires pointing out that modest consumer price increases are a price worth paying, not pretending wages don't flow into prices. https://t.co/Q1vYIwkhlb
15 Jun, 2021 - 09:04 PM UTC

@mattyglesias
It is not as fun to yell about as history curriculum choices but the stakes in the phonics debate seem a lot a higher. https://t.co/ryysvtHvQj
16 Jun, 2021 - 10:16 PM UTC

August Déjerine-Klumpke
@AugustaKlumpke
@jbarro It did not use to be like that. I miss @EmilyYoffe. She was damn good at the advice thing.
16 Jun, 2021 - 08:21 PM UTC

@ebruenig
@jbarro like the receding tide reveals slow crabs still burrowing, the fading pandemic has revealed people with pre-existing untreated anxiety disorders who've enjoyed way too much affirmation of their total inability to cope with any risk or unpredictability whatsoever in life
16 Jun, 2021 - 07:44 PM UTC

Claudia INVEST IN PEOPLE Sahm
@Claudia_Sahm
I think Fed overdid upward revisions to inflation some but reasonable people can disagree. what they **do** matters most and they’re on track to support a recovery for all!!
16 Jun, 2021 - 06:44 PM UTC

@KYWeise
Fascinating take on our story, echoing what some Amazon insiders fear: that Amazon's high turnover is not sustainable. "However well this model worked in the past," @jbarro aruges, "the company is now too large to use it." https://t.co/VVW5Fphjka
16 Jun, 2021 - 06:01 PM UTC

@janecoaston
I read Texas' purportedly "anti-CRT" bill and boy I don't see how this could go in an unexpected direction https://t.co/LCE5mXB14q

@mattyglesias
The parallel universe in which Mike Pompeo thinks he has a shot at the 2024 nomination is a rare source of pure comedy in contemporary politics.
16 Jun, 2021 - 01:40 PM UTC

@bendreyfuss
It is possible for out of touch media elites to recognize Joe Biden’s deep political support without becoming in touch media hoi polloi. @jbarro & I sat in a bar in Neiman Marcus in the spring of 2019 and agreed Biden would win & the media would miss it https://t.co/m2vCS1QDsx
15 Jun, 2021 - 07:19 PM UTC

@mattyglesias
I like to think Republicans are recognizing that the refundable CTC does not feature the perverse incentive structure of the AFDC phaseout and that cash support for parents is pro-family and vastly superior to directing subsidy specifically at center-based child care. https://t.co/6poEipG0tz
15 Jun, 2021 - 05:47 PM UTC