@JeffHorwitz
Hey everybody, I'm posting a matrix of colored boxes to Twitter, along with a fraction, 38/17. Neither has any meaning.

@JeffHorwitz
I talked to @katieharbath regularly last year, and found her concerns about social media and elections to be both measured and scary as hell. One example: her argument that our habit in the US of protracted post-election ballot counting is reckless. https://t.co/cnxtr8W4MQ
08 Jan, 2022 - 05:23 PM UTC

@JeffHorwitz
It's also a great example of the incentive for people whose content gets removed to make a very big deal out of claiming everything is done for ideological reasons without evidence. I can imagine that was a frustrating component of the work. https://t.co/28c5JKjlmO
04 Jan, 2022 - 07:40 PM UTC

@JeffHorwitz
Well, Twitter isn’t going to top teaching me about a giant Swedish straw Yule goat that is the recurring target of arson and which just burned down again tonight. Good evening, all. https://t.co/LroWy5m9XI
17 Dec, 2021 - 05:58 AM UTC

@JeffHorwitz
Facebook generally isn’t arguing this is the metaverse or anything other than a VR videoconferencing service. But the branding does seem to get eaten up. https://t.co/wn2ll9KBZz
17 Dec, 2021 - 02:21 AM UTC

@JeffHorwitz
There've been quite a few really great @BusinessInsider stories recently. It's cool to see their investment in reporters pay off (in good stories at least). https://t.co/XcwvbIsImy
16 Dec, 2021 - 10:10 PM UTC

@JeffHorwitz
About underage users on Instagram — they can’t be reported without their birthdates. Worth reading the thread. https://t.co/5dKTObhWPC
10 Dec, 2021 - 09:36 PM UTC

@JeffHorwitz
Ted Cruz pushing on whether the company has moved forward with trying to get to other research regarding IG usage and mental health (beyond the material from Haugen, which the company called inconclusive) is interesting.
08 Dec, 2021 - 09:44 PM UTC

@JeffHorwitz
Whole thread's worth reading. The prospect that all future social media hearings will be accompanied by semi-anonymous, real-time commentary from data scientists, researchers and engineers who worked on this stuff at Meta and other platforms is an interesting one. https://t.co/E9peNdCOO6
08 Dec, 2021 - 09:36 PM UTC

@JeffHorwitz
This is a fair criticism, and the @KurtWagner8's story is awesome!Though XCheck had some, er, unique issues, the question of secret systems to protect the accounts of the powerful applies to every platform. And discussion based solely based on FB will be limited. https://t.co/3ek8dYTah1
08 Dec, 2021 - 09:15 PM UTC

@JeffHorwitz
So here’s the referenced interview in which Mosseri and Jojo Siena share an awkward “creator week” joke about how she started using social media at age 5 and was going pro at 9. The version of the video Mosseri shared on IG had this bit largely edited out.

@thewire_in
@kaulayush @onosmosis 1. Harassing journos: Tek Fog appears to have been used particularly effectively against women journalists active on social media whose work or posts run counter to the BJP's official narrative. How does this 'abuse' feature work? https://t.co/an063BvuCt
14 Jan, 2022 - 10:10 AM UTC

Katie Harbath
@katieharbath
Some news this Tuesday evening. I’m excited to add @IRIglobal to my portfolio of projects. Will still be keeping my fellowships with the Integrity Institute, Bipartisan Policy Center and Atlantic Council as well. https://t.co/CVQxgEWt45
12 Jan, 2022 - 01:36 AM UTC

@csstewart
Several days after @WSJ sought comment for the findings detailed in this article, TikTok said it would adjust its recommendation algorithm to avoid showing users too much of the same content. https://t.co/2XGxsUxMEQ https://t.co/rIYKOCwCdM
17 Dec, 2021 - 03:58 PM UTC

I don't have 10,000 followers
@spencersoper
A panicking Amazon delivery driver was ordered to keep working through tornado warnings or she'd lose her job, text messages show, highlighting a lack of training in the online retailer's disjointed delivery network where it's not clear who is the boss. https://t.co/wNXwmCy2N7 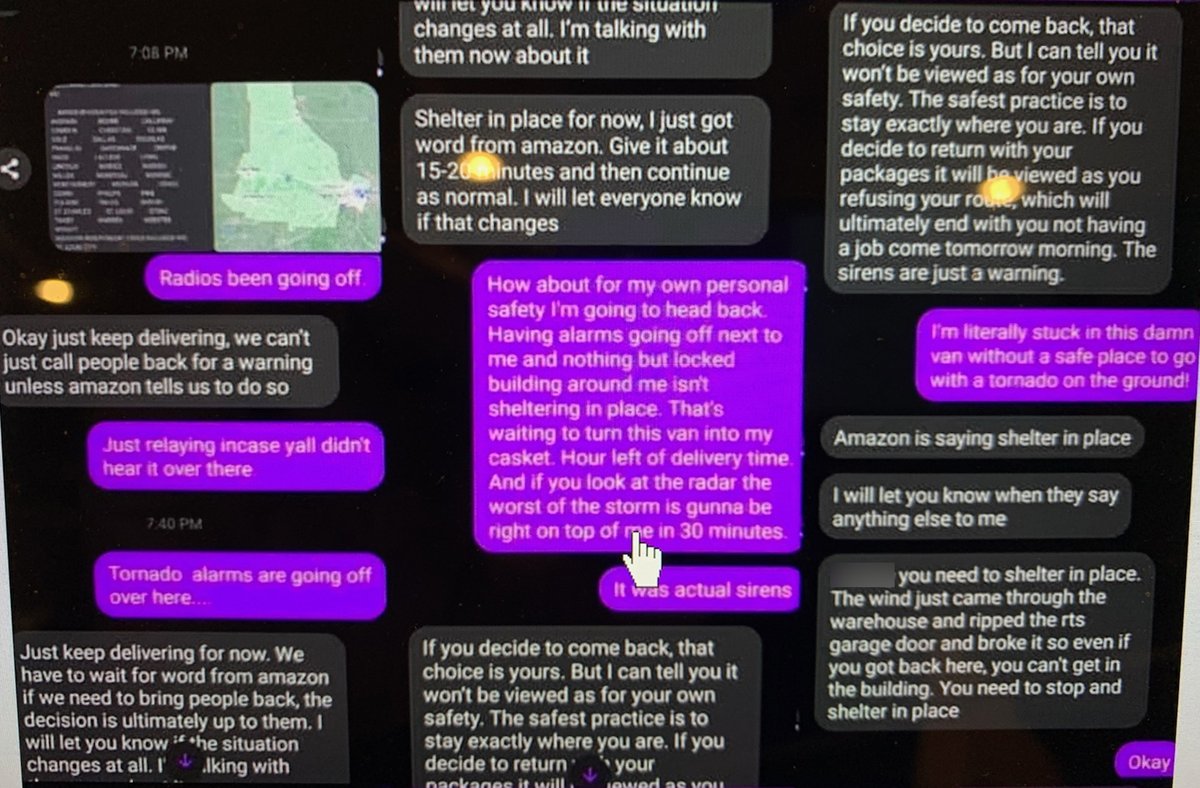 @birnbaum_e
SCOOP: The Internet Association, once Silicon Valley's most powerful trade group in Washington, will announce it is dissolving as soon as tomorrow, two sources familiar with the situation told me. More TK
15 Dec, 2021 - 01:45 AM UTC

Samidh
@samidh
7/ If you find yourself unsure whether a platform bears any responsibility, it is helpful to ask yourself three questions: Would this problem manifest just as badly... 1) Over just email? 2) In a chronological feed? 3) With a subscription-based business model?
13 Dec, 2021 - 05:33 PM UTC

@wongmjane
I discovered a personal data exposure in Forbes 30 Under 30 Directory while looking for my entry, including ~4000 emails and ~7000 birthdates of the honorees over the past 10 years I’ve alerted Forbes and it has now been resolved (can’t get any more on-brand than this :P)

@ryanjtracy
New bill from Coons, Portman and Klobuchar today would require Meta and others to provide data access to outside researchers. Via ⁦@JeffHorwitz⁩ https://t.co/k5GHeaFzfM
09 Dec, 2021 - 01:51 PM UTC

@georgia_wells
I'm hearing a lot of confusion about Mosseri's statement about teens who consider suicide. So, here's the slide. The second-to-last item: Among teens who reported suicidal thoughts, 13% of British users and 6% of American users traced the desire to kill themselves to Instagram 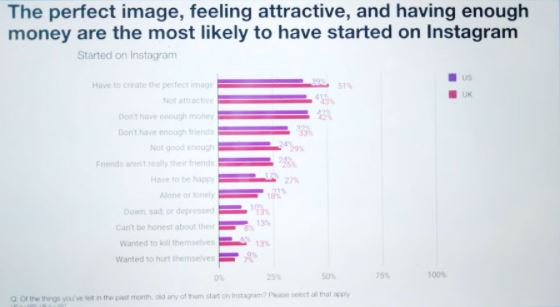 @RMac18
Watching Instagram head @mosseri reiterate in a Senate hearing that the co. has paused building an Instagram for kids. It was only announced internally last March and IG had no intent to announce it publicly at the time @CraigSilverman and I reported it. https://t.co/eeCBDQpUHK
08 Dec, 2021 - 08:19 PM UTC

Integrity Institute
@Integrity_Inst
The Adam Mosseri hearing is happening in the Senate right now. Our community is watching together in our internal slack. Here are some of our live reactions. 🧵
08 Dec, 2021 - 07:49 PM UTC

@b_fung
Instagram wants you to believe that the feature is really effective: more than 90% of those who turn on the reminders keep them on. But it's silent on whether it actually leads to people logging off, or what % of teens actually opt in. https://t.co/5v13h35yGo