@JeffPassan
This was fun. In part because it was nice to talk ball for a couple hours, but mainly because Kevin allowed me to bloviate about how the Excursion scene in Station Eleven was the best thing I've seen on TV in years. https://t.co/Iw8fw4BeE3
14 Jan, 2022 - 09:03 PM UTC

@JeffPassan
News at ESPN: The details of MLB's proposal today to the locked-out players -- and why pitchers and catchers reporting by mid-February gets less likely by the day. Free for everyone to read, the story with @JesseRogersESPN: https://t.co/hmjhMR2rWu
13 Jan, 2022 - 11:10 PM UTC

@JeffPassan
Baseball labor update: There is no deal. There never was going to be one today. MLB made a proposal. The reaction among the players was not positive. Few on either side expected it to be. The question is how soon the MLBPA counters. Spring training starting on time is in peril.
13 Jan, 2022 - 07:15 PM UTC

@JeffPassan
Hell yeah. Elated for Pete, thrilled for us. He’s already the best at what he does and will make our excellent college coverage that much better. https://t.co/8SbrR73sBk
13 Jan, 2022 - 03:27 PM UTC

@JeffPassan
Major League Baseball and the MLB Players Association plan to hold a bargaining session Thursday, sources tell ESPN. MLB is expected to make a core-economics proposal at the session, which would be the first between the sides since the league locked out the players on Dec. 2.
11 Jan, 2022 - 04:15 PM UTC

@JeffPassan
Here’s the news story at ESPN on former Mets GM Zack Scott’s acquittal on both DWI and a lesser charge. He was fired before the case was adjudicated. https://t.co/Sa5foMjvRK
06 Jan, 2022 - 06:27 PM UTC

@JeffPassan
ICYMI: Where the MLB labor situation stands, from earlier today. And here's the story in Spanish on @ESPNDeportes, as translated by my buddy @rafaelrojasc: https://t.co/hQXB1hXWXt https://t.co/DNlyjZUMZb
05 Jan, 2022 - 10:53 PM UTC 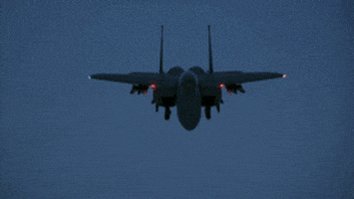 @JeffPassan
"What the f--- are we doing?" It's been more than 30 days since MLB's lockout started and the sides haven't had one substantive conversation. Spring training is fast approaching. At ESPN+, a look at how bad things are -- and a potential path to a deal: https://t.co/M4cgjfeLwp 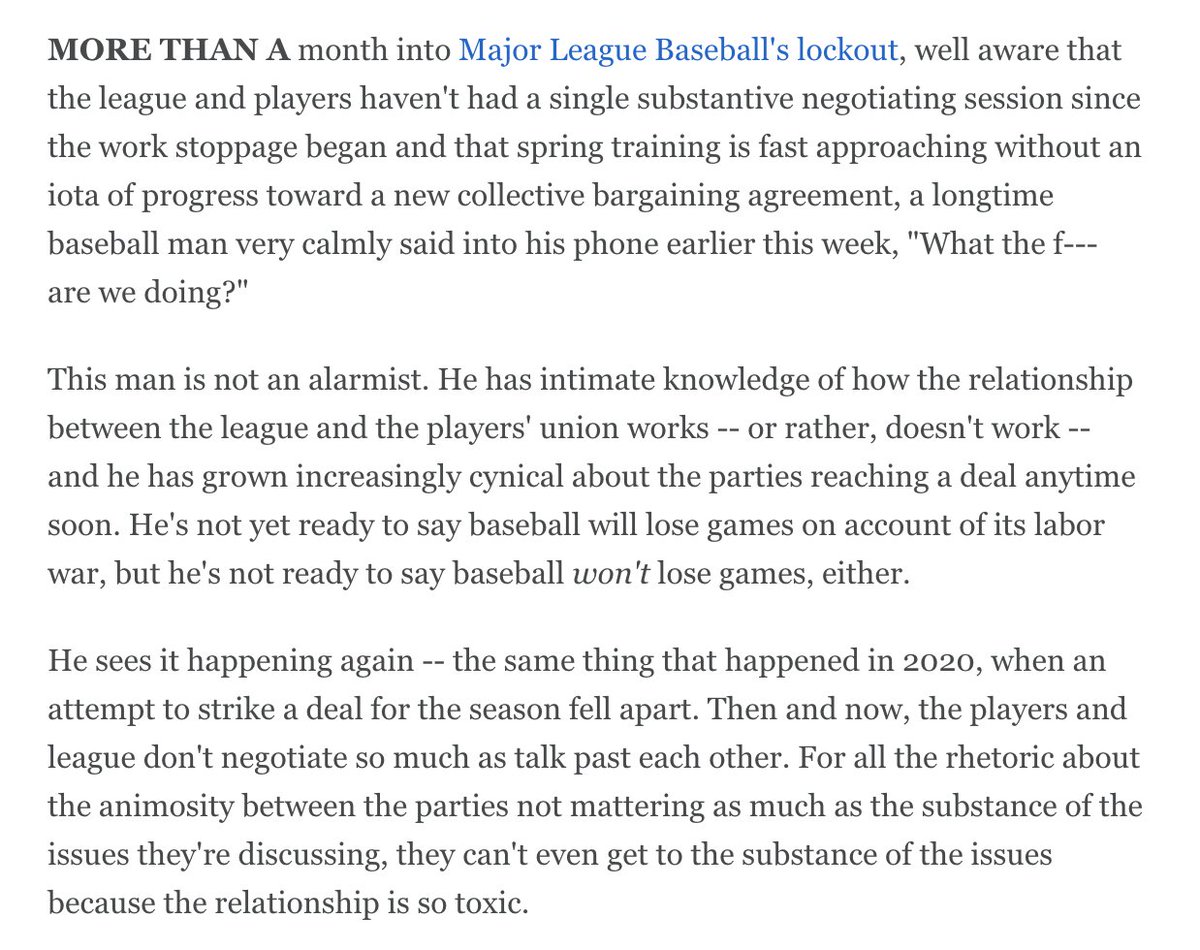 @JeffPassan
What Kansas City loses in Sam Mellinger’s words it will gain in the many great things he’s bound to do with the Royals. Excellence in his new job requires humanity and empathy, and Sam’s cup runneth over with both. https://t.co/f6R77uHEDV
14 Dec, 2021 - 02:03 PM UTC

J.P. Long
@SoxNotes
Beloved Portland Sea Dogs executive Charlie Eshbach is hoping someone can help his son, Scott, who has been diagnosed with liver failure and is in need of a transplant. If you’re between the ages of 18-60 with type O/O+/O- blood, please consider donating: https://t.co/J3eo9EJIul
12 Jan, 2022 - 08:38 PM UTC

@JesseRogersESPN
NEWS at ESPN: 3-time World Series champion Jon Lester is retiring. I spoke with him and others in his orbit. Dustin Pedroia: “Anytime he had the ball in a big game, you were going in for an 80-minute massage. You were in good hands.” Story here: https://t.co/4gQlF56G6g
12 Jan, 2022 - 12:09 PM UTC

@Buster_ESPN
Justin Verlander’s two-year, $50 million agreement for '22-'23 with Houston has been given formal approval by Major League Baseball, even at a time when the owners have locked out the players in the on-going labor battle. MLB and the union have worked through the final details.
13 Dec, 2021 - 08:44 PM UTC

@Ken_Rosenthal
My tribute to Tim Kurkjian, winner of the 2022 BBWAA Career Excellence Award - and someone who became my hero even as he destroyed me on the Orioles’ beat for three years. Unlocked and free for all to read. https://t.co/WTLUbbZs52
07 Dec, 2021 - 05:25 PM UTC 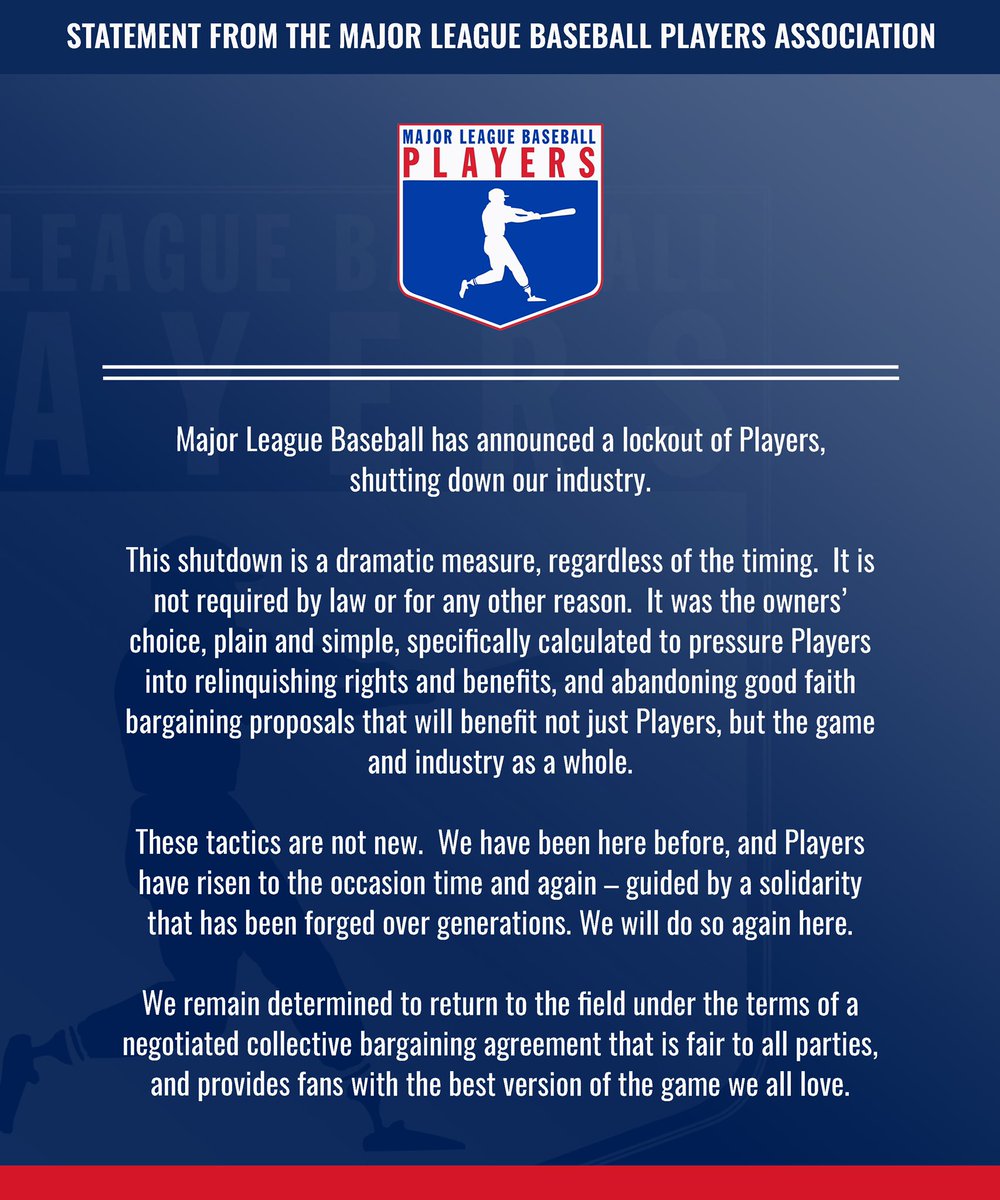 @MLB
Read a letter from the Commissioner: https://t.co/P4gRGSlfsu 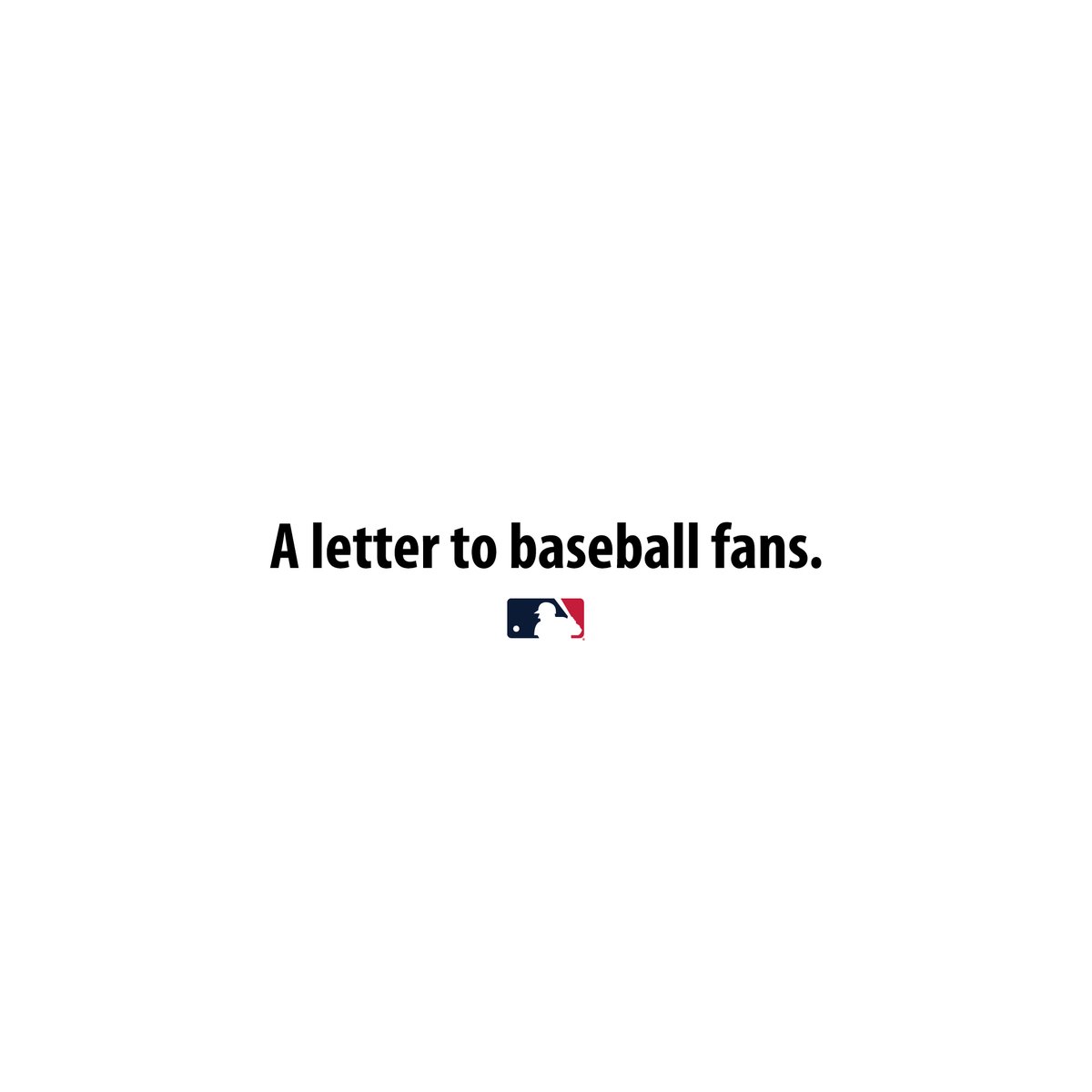 @joonlee
Max Scherzer — who’s heavily involved in the MLBPA — on the CBA negotiations: “Hearing the tone in negotiations, the lockout seems like that’s a very likely scenario, let’s say that."
01 Dec, 2021 - 06:18 PM UTC

@PabloTorre
New #ESPNDaily: Explaining everything you need to know about tonight’s impending MLB lockout — and how it’s shaped this week of sticker-shocked free agency — with the one and only @JeffPassan. Who taped this while high on Diet Mountain Dew ⚾️🎧 https://t.co/VvaNWXZDyz 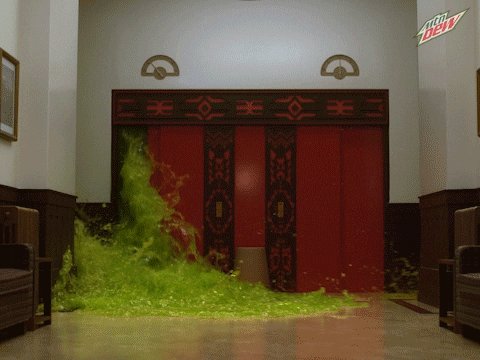 @JesseRogersESPN
The Cubs are closing in on a 1 yr deal with Clint Frazier, source tells ESPN. Was released by the Yankees recently.
30 Nov, 2021 - 08:49 PM UTC

@Baxter
“If the commissioner comes in and investigates to see what the f--- is going on in Phoenix, [he] would be appalled.”   Based on interviews w/ 70+ current & former employees throughout his 17-year tenure as owner, my story on Robert Sarver’s Phoenix Suns: https://t.co/PMvMyBdr2N
04 Nov, 2021 - 04:00 PM UTC
@jeffpassan's