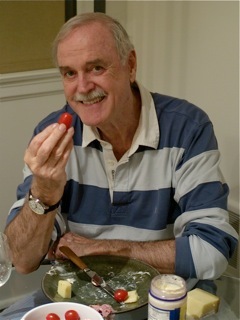 @JohnCleese
Let’s hear it for the delightful MRS.RICHARDS! Remembering Joan Sanderson on her birthday with one of her best known scenes from #FawltyTowers. #comedy 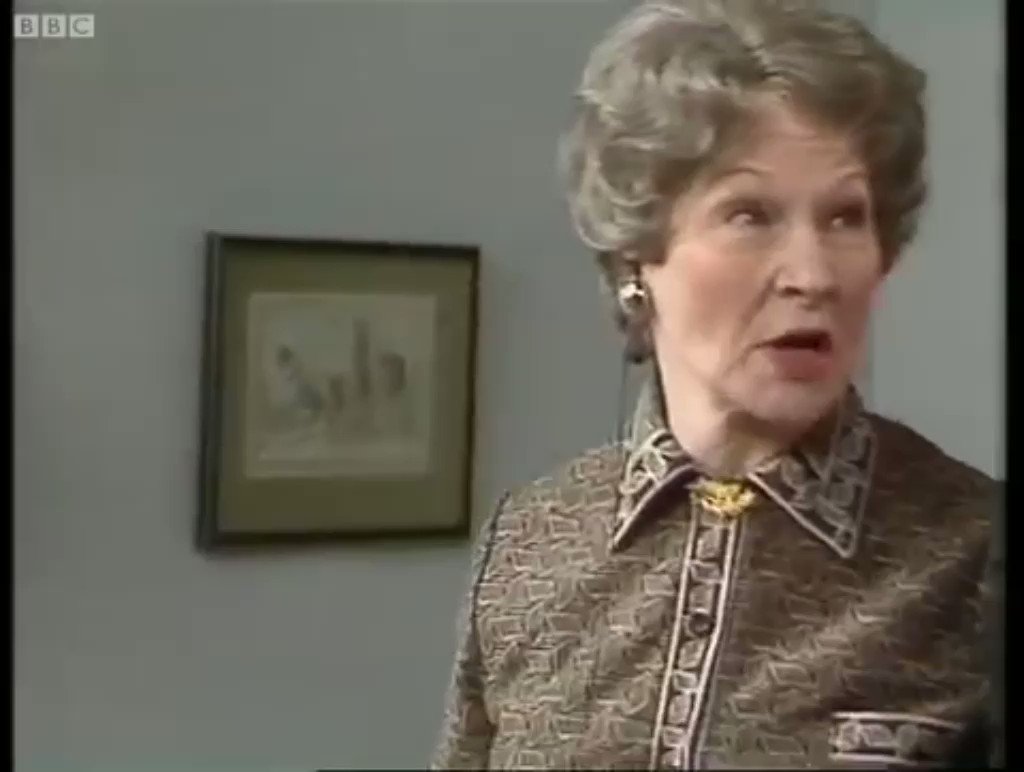 @JohnCleese
Do you believe that in this country people are free to speak? From How To Irritate People with Graham Chapman #comedy #FreedomOfSpeech 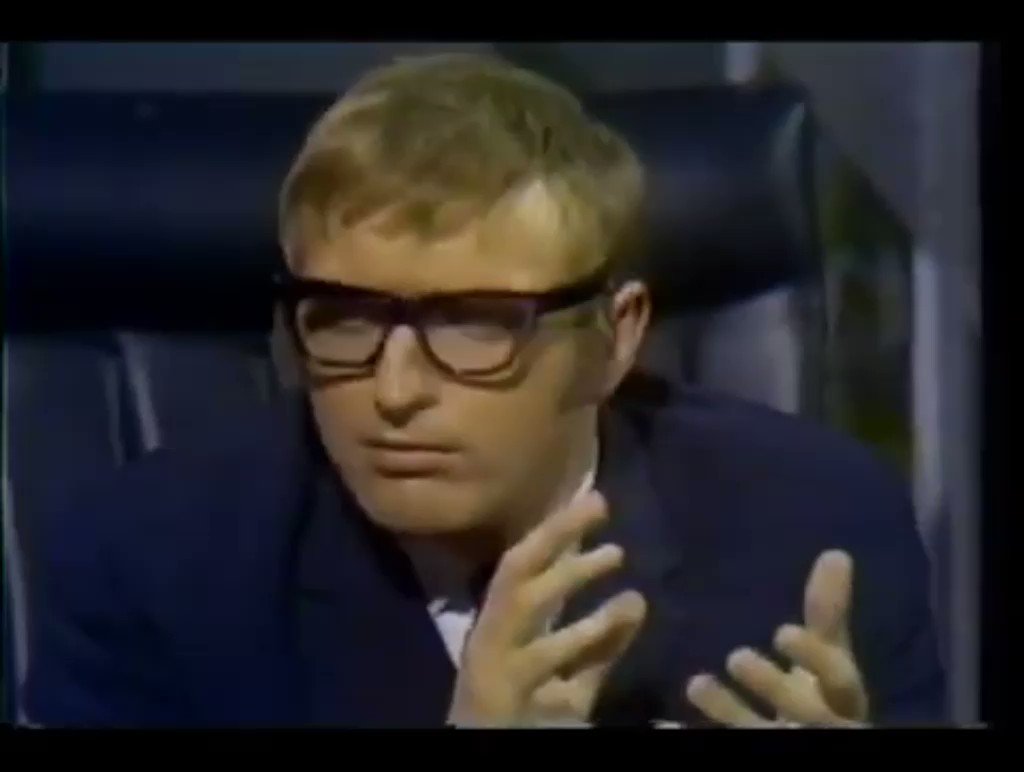 @JohnCleese
That depends on what we call 'woke', of course The latest poll shows that 58% of British people don't know what it is If it's used as a synonym for kindness, then no-one disagrees with it If it's used to close people's minds to ideas that they don't agree with, probably not https://t.co/9Kxum83Nep
22 Nov, 2021 - 11:49 AM UTC

@JohnCleese
For example, if Cognitive Behavioural Therapists, who are generally successful at helping young people with depression and anxiety, tells us that their principles differ strongly from woke ideas...then we should examine that with great curiosity
22 Nov, 2021 - 11:37 AM UTC

@JohnCleese
I read that a Head Teacher will tell us that 'it is unforgivable for the older generation to close its mind to new ideas' As an 82 year-old, I think we should examine new ideas, and then decide whether they are good ones, or not' As described in my little book 'Creativity'
22 Nov, 2021 - 11:32 AM UTC

@JohnCleese
Agreed. But our gangsters have better manners than the Republican ones https://t.co/jp1RALefPV
21 Nov, 2021 - 08:54 AM UTC

@JohnCleese
The greatest problem for White Supremacists is that you have to be a tiny bit intelligent to realise that you're not very intelligent Just a tiny, tiny bit....
21 Nov, 2021 - 08:51 AM UTC

@JohnCleese
READ ALL ABOUT IT TODAY !! But not in the Daily Mail, which considers an anodyne story about a charity more important than these blatant attacks on the British Constitution
19 Nov, 2021 - 10:02 AM UTC

@JohnCleese
..DESPITE the fact that the official committee supervising the appointment described Dacre as 'inappropriate' for the position And DESPITE the fact that Dacre lied to the Leveson Commission, an offence punishable by prison So Boris now wants him in charge of ethical matters
19 Nov, 2021 - 09:44 AM UTC

@JohnCleese
Boris had a dreadful week So...the Daily Mail editor who has been criticising his sleaze and corruption is replaced by the MoS editor who is a big Boris fan Another Tory stitch-up Then Boris puts forward Paul Dacre as head of Ofcom, the body supervising media ethics, DESPITE
19 Nov, 2021 - 09:37 AM UTC

@JohnCleese
"Are you using 'yes' here in the affirmative sense?" 🧐 Philosophy on stage with Jonathan Miller 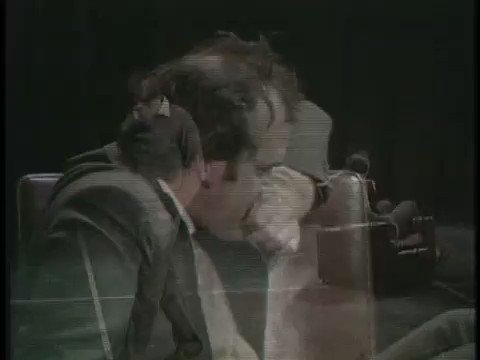 Liam Carey
@Ukphoenix187
@JohnCleese Seriously though you wouldn't believe how many of my good friends have offd themselves, it's actually a pandemic in itself that barely gets addressed properly
22 Nov, 2021 - 11:39 AM UTC

Cool Cat
@mooproxy
@JohnCleese As with all things, consider the ideas on their merit alone. Not from who is spouting them.
22 Nov, 2021 - 11:38 AM UTC 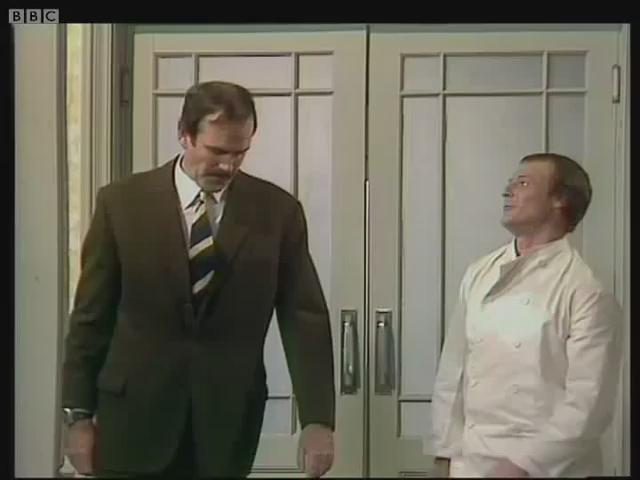 Sebastian Sloan
@Computer_Socks
@JohnCleese I think most reasonable people would be disgusted if this really happened. But since Bill was never there it is total bs
14 Nov, 2021 - 02:12 PM UTC JS
@bulimamba
@CurdVonnegut @JohnCleese He's just pointing out what woke comedy would be like. Unfunny. When pretty much everything is hate speech to them it's impossible to tell jokes.
13 Nov, 2021 - 09:32 AM UTC

Adrian John
@TheAdrianJohn
@JohnCleese Spot on John. Monty Python would never have got on the air had the Cambridge Wokers been lurking around. They are the ghosts of Mary Whitehouse who with an army of nuns attempted to get "The Life of Brian" banned! It was one of the greatest comedy films ever!
10 Nov, 2021 - 11:22 PM UTC

Abu Gunther
@ed_ruthazer
@JohnCleese Andrew Graham Dixon did a fairly lousy impersonation of an anti-intellectual autocrat, trying to make a point about the dangerous quest for cultural purity. The Cambridge Union on the other hand appears to have perfected it and demonstrated the point flawlessly. Bravo?
10 Nov, 2021 - 01:11 PM UTC

@peterjukes
'Cheat Out to Help Out!' (Great headline, Ed) The scandals for this Government come as thick and fast as the effluent discharged into our seas and rivers. https://t.co/S3vcBFKXKx
04 Nov, 2021 - 05:58 PM UTC

@peterjukes
I know some of my followers will find this hard to stomach: but kudos to honourable Conservative members and supporters who lobbied their MPs in disgust over the Paterson affair. There is yet some hope to reverse this tide of corruption
04 Nov, 2021 - 03:34 PM UTC
@johncleese's