@melissakchan
The Youth Symphony Orchestra of Ukraine at Berlin’s Konzerthaus, with Oksana Lyniv conducting. A teen musician from Kharkiv had his home blown up by Russia — just one story. The encore was a beautiful rendition from violinist Andrii Murza of the 🇺🇦 national anthem. Slava Ukraini! 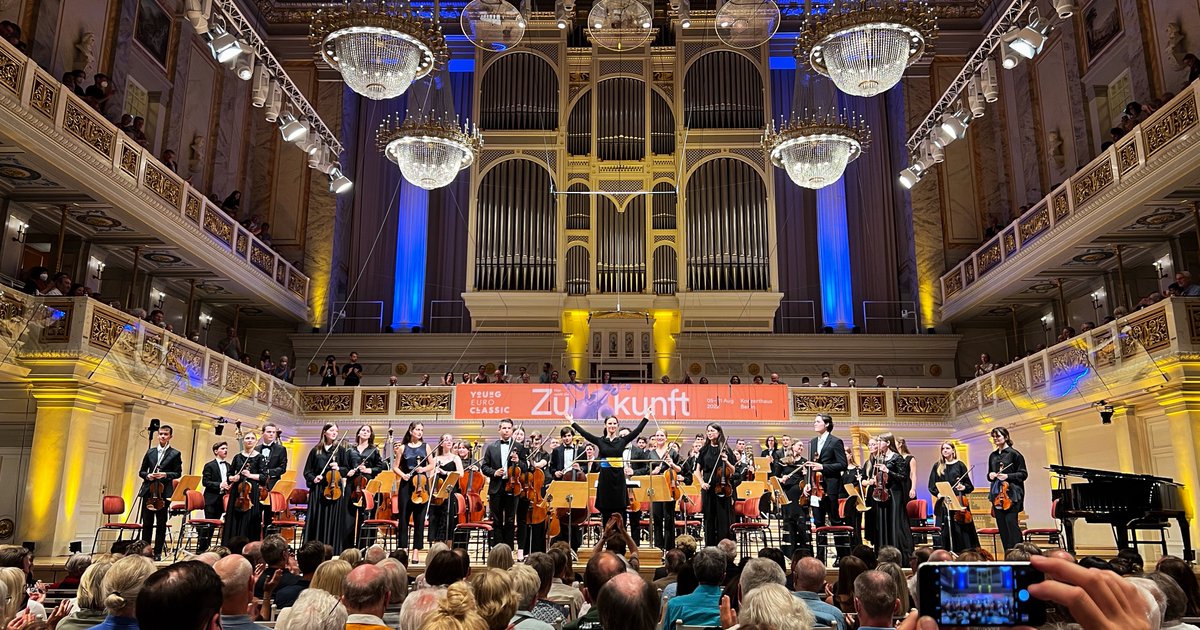 @melissakchan
Using leaked government documents of camp protocols and the testimony of escaped Uyghur refugees, artists Mukaddas Mijit (who is Uyghur) and Jessica Batke launched "Everybody is Gone" in Berlin — where attendees are immersed in a "re-education" experience. https://t.co/GVQXLTTaFW
09 Aug, 2022 - 10:01 AM UTC

@melissakchan
Pink Floyd = Little Pink? The Wall = The Great Firewall of Chinese Propaganda? It’s true most countries do not have diplomatic relations with Taiwan. It’s also true that that’s absolutely not the sole criteria that defines a state, as any high school textbook would tell you.
07 Aug, 2022 - 09:32 AM UTC 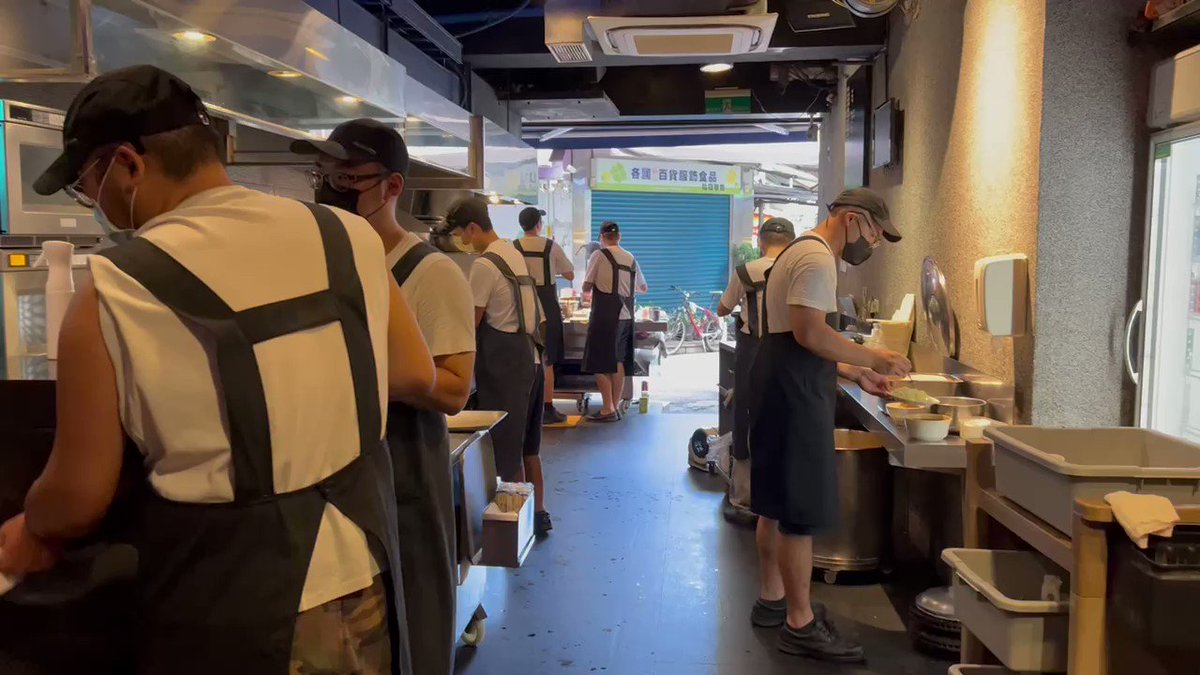 @melissakchan
After China I ended up briefly in Israel / Palestine scratching the surface of that complexity. Here’s the thing if you feel intimidated by such issues: At heart, it’s about one group of people who want to be left alone to live their lives, and another who won’t let them. #Taiwan
06 Aug, 2022 - 04:21 PM UTC

@melissakchan
🎙 Great @CFR_org podcast discussion with @BonnieGlaser here — recorded just before Pelosi's trip — but it holds up and Bonnie pretty much called how it would go and how Beijing might respond: https://t.co/c5tpejxIlg
06 Aug, 2022 - 10:38 AM UTC

@melissakchan
I understand the need to show Taiwan as a place where normal life continues, so here is my contribution from the other day — attending a Taichung Brothers baseball game. It’s now my banner pic! ⚾️🇹🇼🇺🇸 Play ball!

@melissakchan
“You are so biased against China,” someone said to me the other day. Okay. The subjugation of Tibetans, the destruction of Uyghur life, messing with my hometown (Hong Kong) — if that is “bias,” I’m glad to live my life as a human who cares about humans and not as a sociopath?
05 Aug, 2022 - 06:09 AM UTC

@melissakchan
A stunningly filmed @VICENews report from @laurelchor and team on cobalt mining in the DRC — and the China connection. Also some serious language flex from Laurel as she interviews in fluent French and Cantonese! https://t.co/XkobdrCgKJ
04 Aug, 2022 - 07:46 PM UTC

@melissakchan
Noticing Chinese propaganda and disinformation accounts on Twitter are trying to convince us this all has to do with anti-Asian racism. Which I'm sure is very confusing to the 23 million Taiwanese who are Asian and being threatened.
04 Aug, 2022 - 11:45 AM UTC

@melissakchan
Some hesitate to call it a crisis — but it's not a nothingburger, either. Warning commercial aircraft away constitutes a de facto no fly zone and Taiwanese officials themselves say it's essentially a "sea and air blockade." Latest from @StuartKLau: https://t.co/ylFDWcqjMB
04 Aug, 2022 - 10:50 AM UTC

@melissakchan
Taiwanese technologist and ex-legislator @augama on the CHIPS Act: "The federal subsidies are relatively small. The truth is money alone isn’t enough. There needs to be a comprehensive strategy that... encompasses immigration policy, STEM education..." https://t.co/LBmt8FLj7v 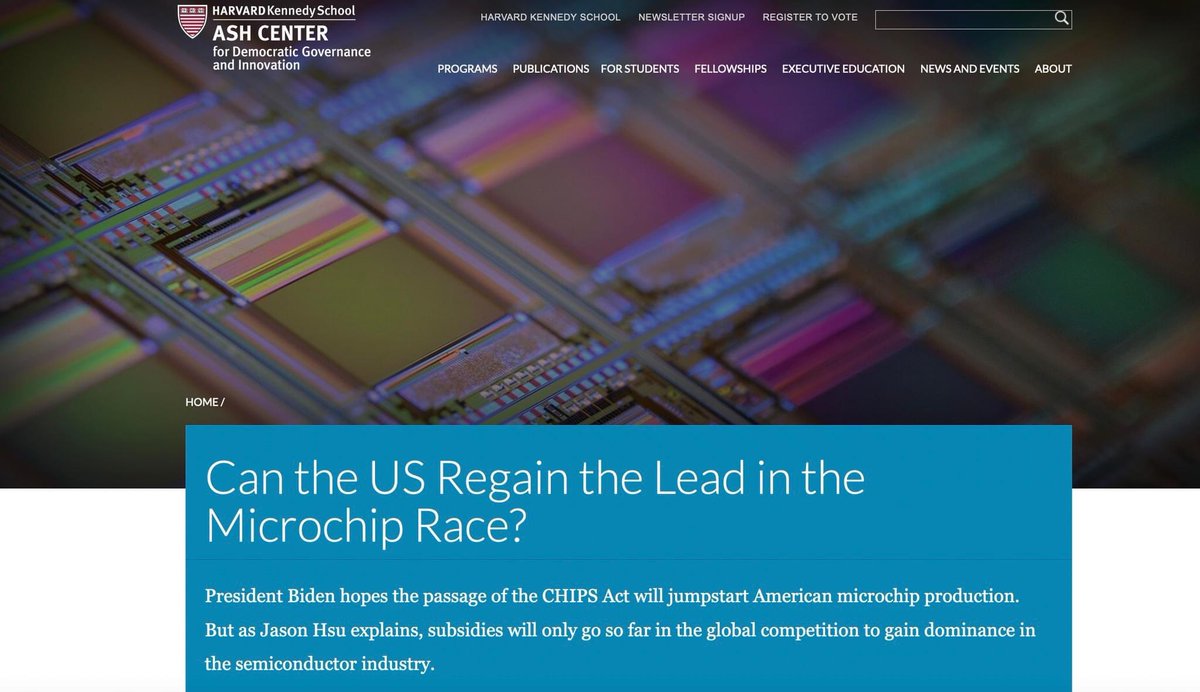 @melissakchan
"We spend massively on weapons and get too little for it," writes @matthewstoller. "From the end of the Cold War to the early 2000s, the number of prime contractors shrank from over 100 to 5... Wall Street is destroying the defense base." https://t.co/JZpLHDKLyF
04 Aug, 2022 - 08:27 AM UTC

@melissakchan
Wow. This tweet sent a lot of pro-China accounts with small follower counts and bland profile pics into overdrive with attacks. @twittersecurity — it's like I'm a honeypot for disinformation accounts! Get it?! HONEYPOT!?!! 🍯😂🤣 https://t.co/NCvuJjnIGt
04 Aug, 2022 - 07:17 AM UTC

@melissakchan
🇹🇼 I found the Ministry of Winnie Affairs! Although I’d like to call it the 外交Pooh! 😆 Brought to you by the Taiwanese comedy group EyeCTV — take a look 👀 at the seal at the bottom, and what they replaced with the usual stars… 😮🫣 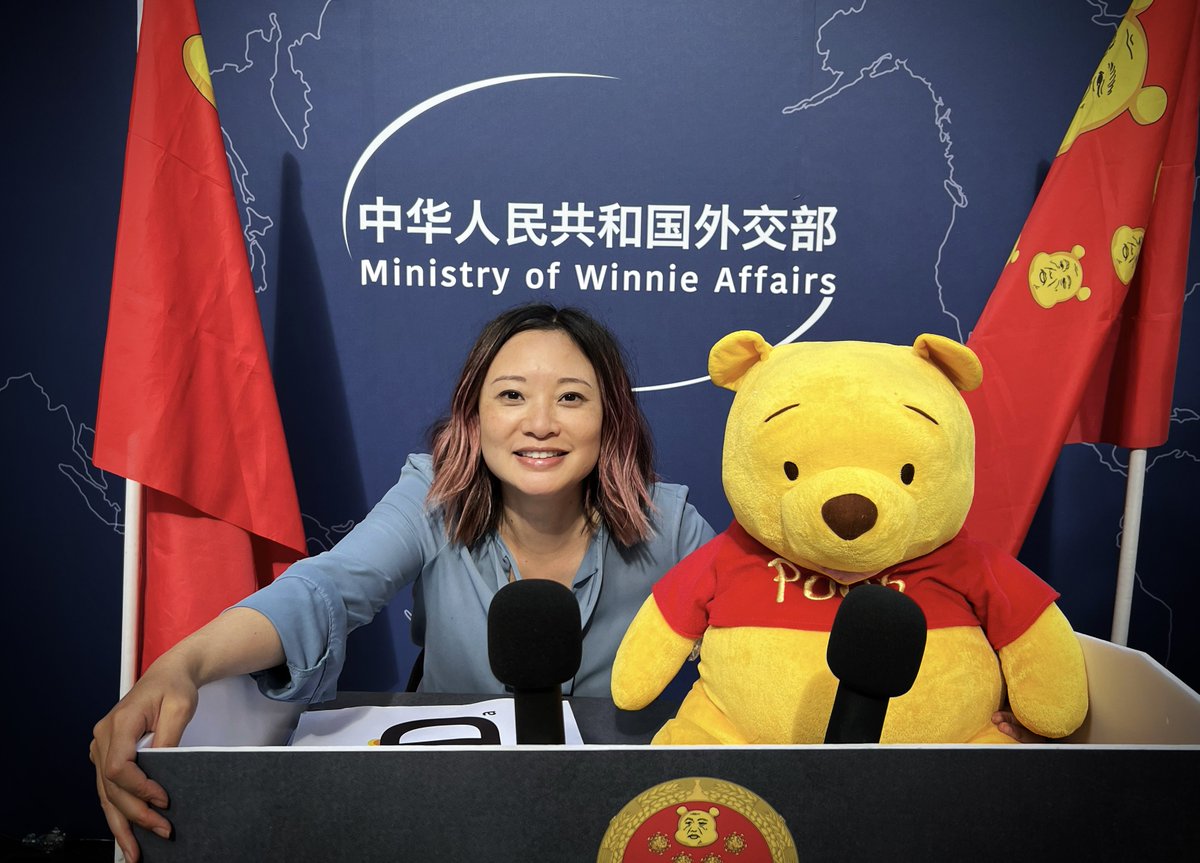 @melissakchan
Seeing an increase in pro-China accounts attacking me on social in last 24. Since I limit my replies, some are whining I’m preventing “freedom of speech.” 😆 Yo! Freedom of speech doesn’t mean freedom of reach. Marketplace of ideas — not my fault if no one wants your propaganda.
03 Aug, 2022 - 12:37 PM UTC

@melissakchan
So America... now that China's slapped economic sanctions / import bans on Taiwan in response to Pelosi's trip — will the US help Taiwan given these economic losses?
03 Aug, 2022 - 09:35 AM UTC

@melissakchan
Pelosi’s visit to Jingmei Human Rights Park is powerful because it shows Taiwan is a place capable of critically examining its authoritarian past. A sharp contrast to the People’s Republic of China where everything is always ever glorious.
03 Aug, 2022 - 08:20 AM UTC

@melissakchan
Pelosi: “They didn’t say anything when the men came.” A reference to the fact that in April, US senators Lindsey Graham, Bob Menendez, Richard Burr, Ben Sasse, Rob Portman, and Ronny Jackson visited Taiwan. 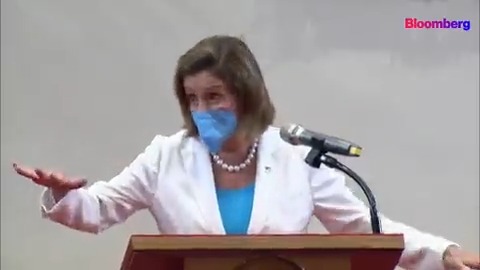 @melissakchan
I get the point those in Taiwan make about feeling a lot more lax v. everyone else. Living with giant China, one must become inured to threats. Similar to those in Seoul who hardly think of North Korea. It does not mean, however, the threat doesn't seriously exist.
03 Aug, 2022 - 03:04 AM UTC

@melissakchan
Pelosi is the first female US Speaker of the House and Tsai is Taiwan’s first female president. As these two women meet at one of the frontlines of the global fight for democracy against authoritarianism (this is a Tsai view of her foreign policy, not mine).
03 Aug, 2022 - 02:33 AM UTC

@melissakchan
"Africa will be the dominant reservoir of ambitious working age people in the world. This will particularly test people in the global north, including China, whose traditional elite notions of identity are deeply bound up in race," writes @hofrench: https://t.co/QrAYgYhkJJ
02 Aug, 2022 - 04:12 PM UTC

@melissakchan
🇹🇼🥃 While everyone's looking at Taiwan, lemme flag up @KavalanWhisky, a single malt that — in a blind tasting a few years ago — even beat out distilleries in Scotland. Yes this is random but some of you just spent hours tracking Pelosi's plane. At least this is news you can use.
02 Aug, 2022 - 03:46 PM UTC

@DmytroKuleba
Call with @JosepBorrellF. Ukraine and the EU are determined to ensure further functioning of the grain corridor to help the Middle East, Africa, and Asia. Cordinated positions on new sanctions on Russia, arms deliveries to Ukraine. Discussed the security situation in the Balkans.
11 Aug, 2022 - 06:32 PM UTC

@GalloVOA
Been in Taiwan for a week. Have yet to meet anyone here who would like to be reeducated by the Chinese Communist Party.
11 Aug, 2022 - 03:26 AM UTC

@morningmoneyben
If you’d asked me in the 1980s or 90s if I thought Donald Trump would come to completely dominate our news and psyches and reshape American political life as president and ex-president I’d have thought you were an absolutely insane person.
11 Aug, 2022 - 02:00 AM UTC

@nytimes
While a sore throat has always been a symptom of Covid, experts said that it is becoming more common, and sometimes more severe, with the BA.5 subvariant of Omicron. Here are ways to manage the pain. https://t.co/BE1r34tACw
10 Aug, 2022 - 11:40 PM UTC

Wen Lii 李問
@wen1949
Today I received the @DPPonline nomination for the 2022 Matsu Islands County Magistrate election. This is the first time for the DPP to nominate a CM candidate in Matsu, a county long dominated by the KMT. We are also nominating 9 local candidates, such as county councilors... 1/ https://t.co/O8uYzyCHZp
10 Aug, 2022 - 12:10 PM UTC

@MoNDefense
While PLA keeps up their harassment around Taiwan, service members of #ROCArmedForces stand on their ground 24/7 with their heads cool to defend our territory and sovereignty. We devote ourselves to a peaceful and stable Taiwan Strait that all share and enjoy. 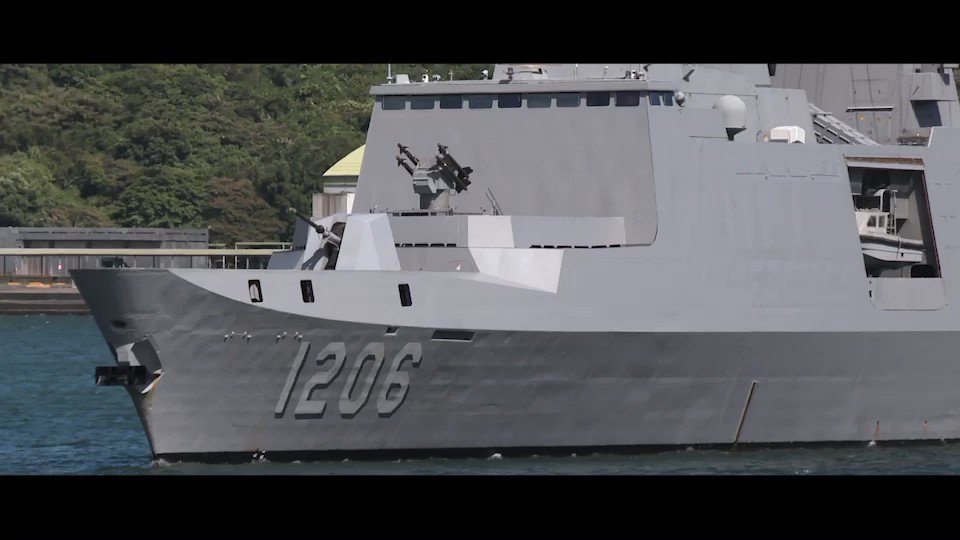 @VICENews
Motherboard has obtained court documents that show Facebook gave police a teenager’s private chats about her abortion. Cops then used those chats to seize her phone and computer. https://t.co/uDcDqJOcxn
09 Aug, 2022 - 08:15 PM UTC

@melissakchan
@jsrailton This rationale is the purview of people who live in and accept authoritarianism because of the presumption that top leaders should be above the law. This is not America. They can all live happily in China where an arrest of Xi Jinping would never happen.
09 Aug, 2022 - 04:14 PM UTC

@newlinesmag
NEW: An Iraqi actress is moving to sue The Economist for using a picture of hers to illustrate Arab “fat women.” The British paper adds body-shaming to the list of criticisms on its coverage of Arab affairs. @RashaAlAqeedi reports for @newlinesmag https://t.co/YEMYREZ9ei
09 Aug, 2022 - 10:24 AM UTC

@ZelenskyyUa
I'm grateful to the people of 🇺🇸 and @POTUS personally for allocating another unprecedented security aid package of $1 billion to🇺🇦. Every dollar of such aid is a step towards defeating the aggressor. We'll always remember leadership support of 🇺🇸 at a time when it's most needed!
08 Aug, 2022 - 05:50 PM UTC

David Austin Walsh
@DavidAstinWalsh
Not the most important point from the Trump/Hitler story, but John Kelly sure seems to believe in the myth of the clean Wehrmacht.
08 Aug, 2022 - 01:56 PM UTC

Michael “In A Move Likely To Anger China” Mazza
@mike_mazza
So we’ve all agreed to start referring to China as Greater Kentucky now given the prevalence of KFCs, yes? This is happening, right?
08 Aug, 2022 - 01:53 PM UTC

@peterbakernyt
@sbg1 @NewYorker "And lastly," Milley went on, "it is my deeply held belief that you’re ruining the international order, and causing significant damage to our country overseas, that was fought for so hard by the Greatest Generation that they instituted in 1945."
08 Aug, 2022 - 11:20 AM UTC

@marceldirsus
Yet another thing I got wrong about the invasion: I thought Germany would stop buying Russian gas as Ukrainian deaths mount. I figured there would be so much domestic and international pressure that Berlin wouldn't have any other choice. Didn't turn out that way.
08 Aug, 2022 - 10:51 AM UTC

@kuomintang
#HappyFathersDay in the #RepublicOfChina! Today we celebrate all fathers and thank them for the sacrifices they've made for us. A special shoutout goes out to all the fathers in uniform🪖 especially those who worked this past weekend to defend our nation🇹🇼. Thank you! #父親節快樂
08 Aug, 2022 - 10:37 AM UTC

@MairavZ
The US gave Israel carte Blanche to do as it pleases in Gaza, expectedly. Less expected but not surprising, normalized Arab countries like UAE and Morocco didn’t criticize Israel. Maybe most surprising is Raam, the Islamist Arab party in Israel, which shirked all responsibility.
08 Aug, 2022 - 07:58 AM UTC

Tingting Liu 劉亭廷
@tingtingliuTVBS
.@MoNDefense stressed that no PLA aircraft/vessel has entered Taiwan’s 12 nm of territorial waters, but didn’t answer whether any entered the 24 nm contiguous zone. They also refused to give a specific number on the closest distance off from the coastline where PLA’s detected.2/
08 Aug, 2022 - 07:57 AM UTC

@isaacstonefish
Can we stop saying that Xi Jinping really wants stability? We actually have little idea if he prefers stability or instability -- because we don't know which one will help him stay in power. That is part of what makes these times so dangerous.
08 Aug, 2022 - 01:58 AM UTC 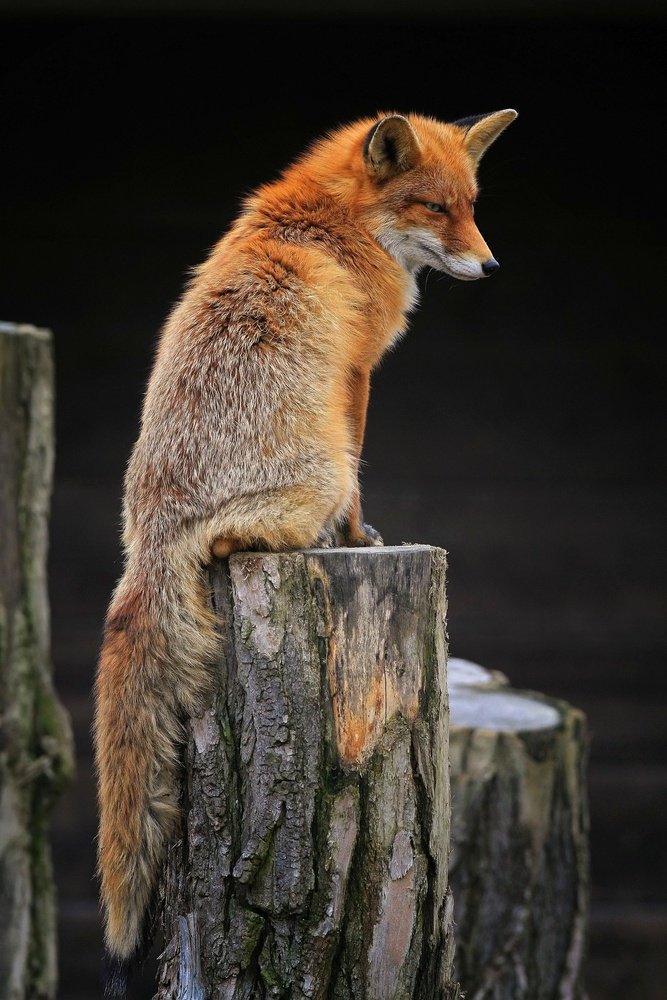 @larsonchristina
On Friday China’s foreign ministry issued a brief notice halting climate talks with US. “China’s announcement that it’s suspending talks on climate change is not surprising, but it definitely stings,” said @JoannaILewis. “I hope this is only a temporary pause."
06 Aug, 2022 - 02:43 PM UTC

Michael Cannings
@formosaphile
New disinformation push on Amazon? A torrent of new low quality "books" about Taiwan has appeared; a quick Google shows at least some of the content is plagiarised, and the names of the authors appear to be fake. I count 61 of these under one search term alone. 1/4 https://t.co/ICakkKlzgb
05 Aug, 2022 - 10:43 PM UTC