@MelissaReddy_
Asked Diogo Dalot why Man Utd were unable to replicate their pre-season off-the-ball work against Brighton. Detailed they struggled when missing the first press, aren't yet smart enough in stopping counters and Erik ten Hag addressed the team's dynamic at HT 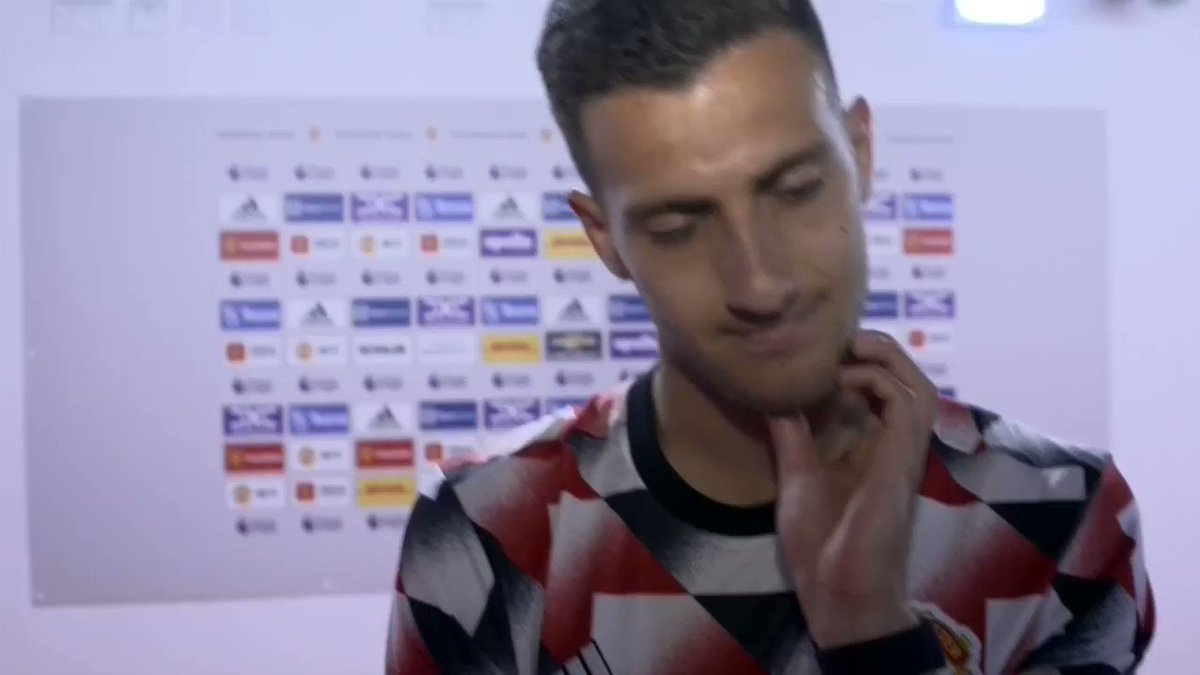 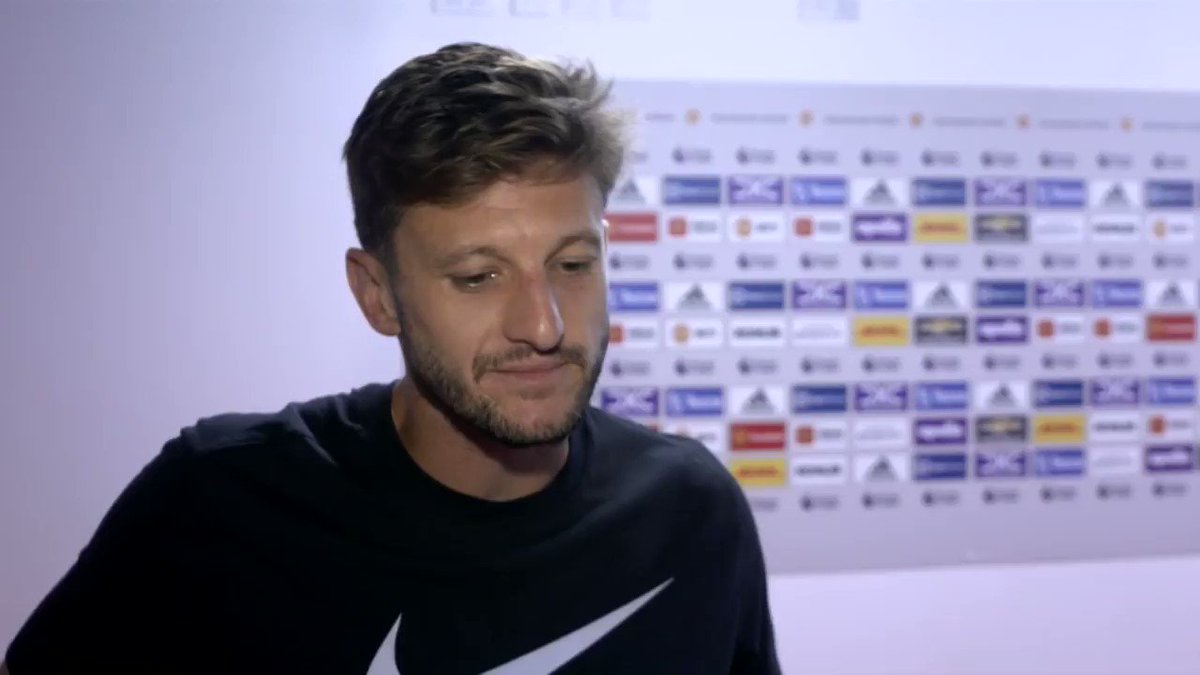 @MelissaReddy_
Sky Italy are reporting that Bologna have rejected Manchester United's bid - in the region of £7m - for Marko Arnautovic.
07 Aug, 2022 - 05:31 PM UTC

@MelissaReddy_
Offensive protection - not covering full-backs, large spaces between midfield and defence + within the backline, no structure when ball is lost - remains a major issue for Manchester United. They require more steel and badly need a progressive destroyer in the centre of the park
07 Aug, 2022 - 03:08 PM UTC

@MelissaReddy_
That goal, however scrappy, has completely enlivened the home crowd at Old Trafford and galvanised United's players. Graham Potter gesturing to his team to calm things down and regain control
07 Aug, 2022 - 02:33 PM UTC

@MelissaReddy_
I've analysed Crystal Palace-Arsenal and Fulham-Liverpool already this weekend. A new manager at a big (and underperforming) club is a major story. When did people start catching so many feelings about me simply doing my job? https://t.co/39i1CHCta6
07 Aug, 2022 - 02:23 PM UTC

@MelissaReddy_
Brighton's analysts still perplexed as to how they didn't get a penalty for Martinez's shove on Welbeck
07 Aug, 2022 - 02:18 PM UTC

@MelissaReddy_
Rinse and repeat. Pascal Gross with the goal after Brighton worked possession up from their own corner flag and Manchester United's players entirely passive - allowing them all the space and time. Either not reacting or being way too slow to do so.
07 Aug, 2022 - 01:44 PM UTC

@MelissaReddy_
Manchester United ceded possession too easily, got cut open with ease and were so passive without pressure against the ball. Smart, simple work from Leandro Trossard, Danny Welbeck and Pascal Gross.
07 Aug, 2022 - 01:35 PM UTC 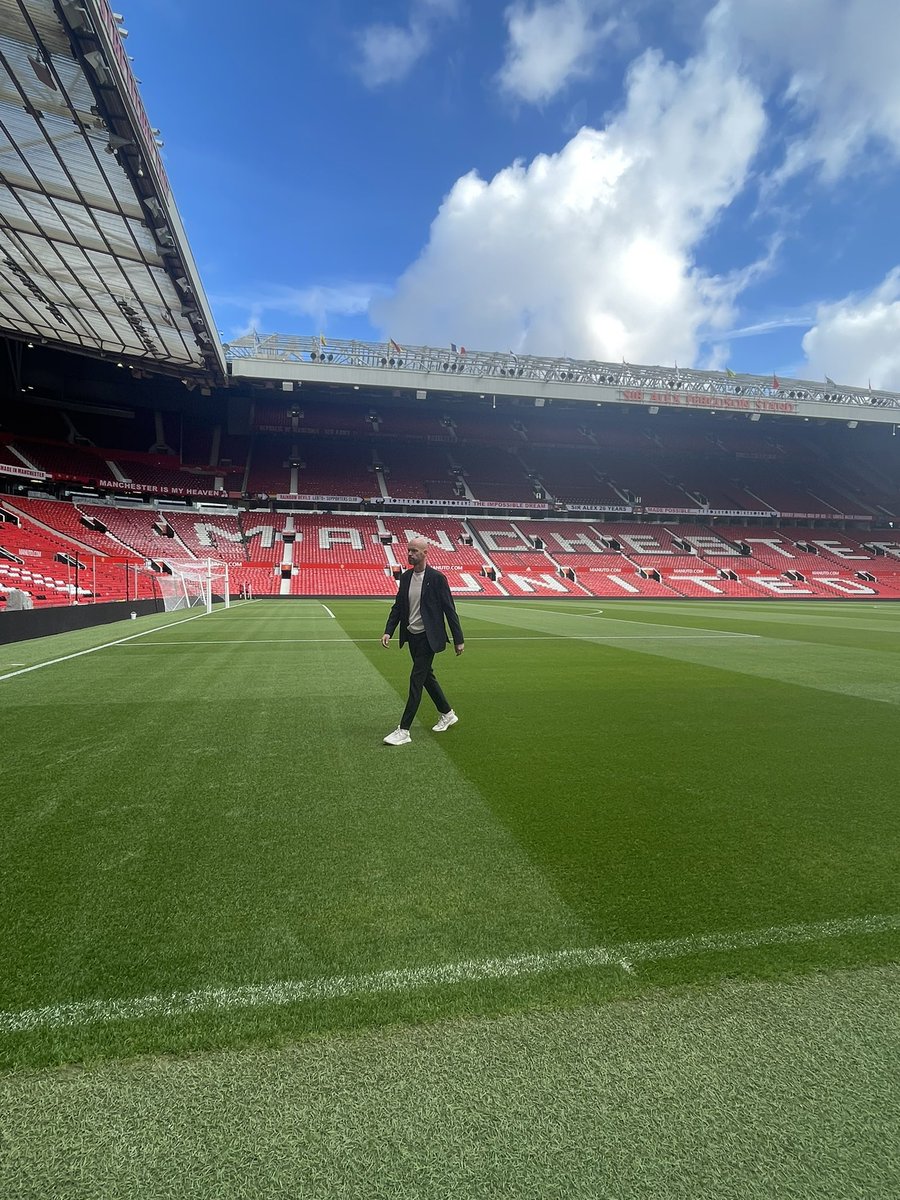 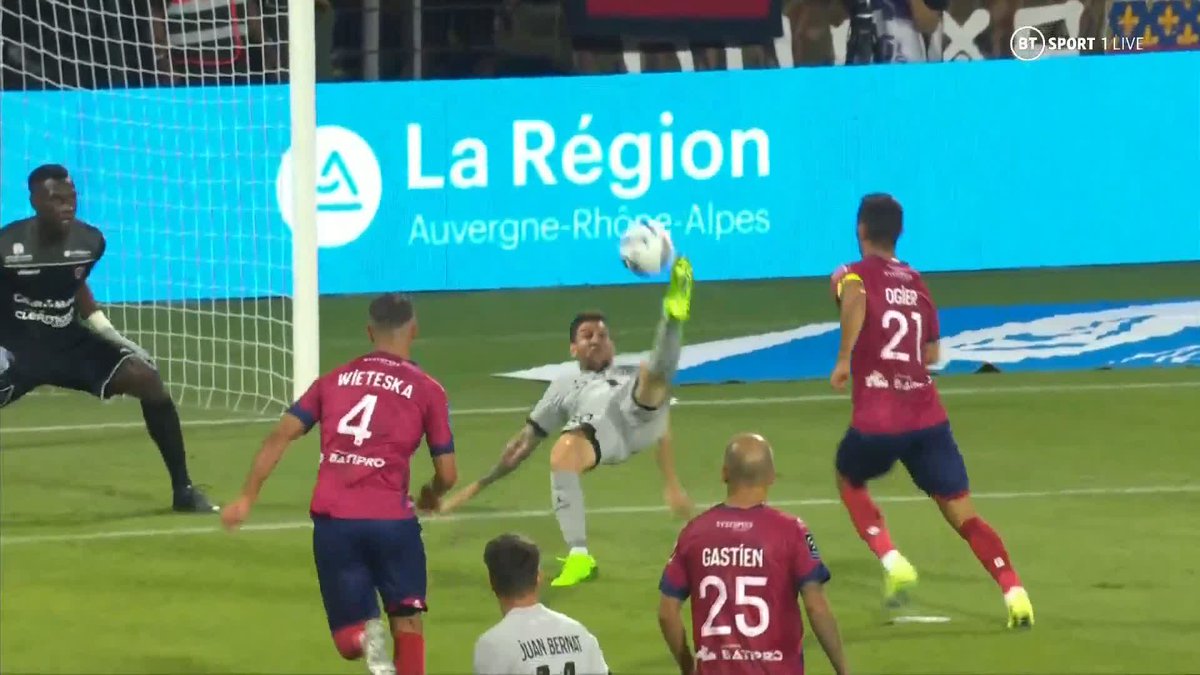 @MelissaReddy_
Jürgen Klopp: "We got a point from a really bad game from my side. The attitude wasn't right in the beginning. We didn't deserve more. The performance needs massive improvement. We did the opposite of what we wanted to do. The result wasn't about the referee."
06 Aug, 2022 - 01:50 PM UTC

@MelissaReddy_
Mohamed Salah extends his record for scoring in the opening game of a Premier League season: the only player to net on matchday one now six years in a row.
06 Aug, 2022 - 01:13 PM UTC

@MelissaReddy_
A supremely worked goal from Fulham - Aleksandar Mitrovic's relentless scoring streak continues - with the lead at half time no less than they deserve. Intense hosts have been heaps better than a stuttering, passive, sloppy Liverpool. João Palhinha has been excellent
06 Aug, 2022 - 12:22 PM UTC

@MelissaReddy_
Given the mega sums for defensive players, wondering what Joachim Andersen's valuation would be in the current climate. Incredible passing range, so strong in the duels, aerial authority... More passes & touches than any player tonight by some way, nine clearances, six tackles
05 Aug, 2022 - 09:40 PM UTC

@MelissaReddy_
Arsenal's electric start, meshed with their resistance when Crystal Palace pushed (hosts had more shots inside the box), and having the clinical edge will have pleased Arteta. His team have a lot more in them. Encouraging signs for Vieira despite the result and tough pre-season
05 Aug, 2022 - 09:00 PM UTC

@MelissaReddy_
Crystal Palace's reconfiguration of their squad - significantly reducing the average age, increasing the quality and technical profile to fuel a progressive approach - over the past two years has been quite remarkable.
05 Aug, 2022 - 08:29 PM UTC

@MelissaReddy_
Erik ten Hag joked: "We want Frenkie de Jong? I didn't know!" Added: "I can't speak about players under contract at other clubs." On transfers: "We are still searching to strengthen the squad.. You don't need any player, you need the right player."
05 Aug, 2022 - 12:52 PM UTC

@MelissaReddy_
Erik ten Hag not giving anything anyway regarding Cristiano Ronaldo's possible selection on Sunday. In general, he says: "I'm very happy with him, like I said we plan with him. He's a top striker... Ronaldo is working really good, tough and hard."
05 Aug, 2022 - 12:45 PM UTC

@MelissaReddy_
Erik ten Hag to Viaplay about Cristiano Ronaldo and others leaving Old Trafford early: "I certainly don’t condone this. This is unacceptable, for everyone. We are a team and you have to stay until the end."
03 Aug, 2022 - 10:54 AM UTC

@MelissaReddy_
He's been an assistant manager in Europe, manager in South Africa (2020-21 Coach of the Season) and turned down the national team job. Has his UEFA Pro License and has spent time learning from some top managers. Widely liked and respected. https://t.co/m17pyIYht1
30 Jul, 2022 - 08:55 PM UTC

@MelissaReddy_
Pep Guardiola on Erling Haaland: "It is good for him to see the reality in a new country and a new league but he was there and had the chances. He didn’t score - he has incredible quality and he will do it."
30 Jul, 2022 - 08:25 PM UTC

@MelissaReddy_
Manchester United confirm the appointment of Benni McCarthy as a first-team coach to specialise in drilling attacking plays and positioning. Having known him personally for pretty much all my life, it's hard to capture how massive this for him and just how much it'll mean. 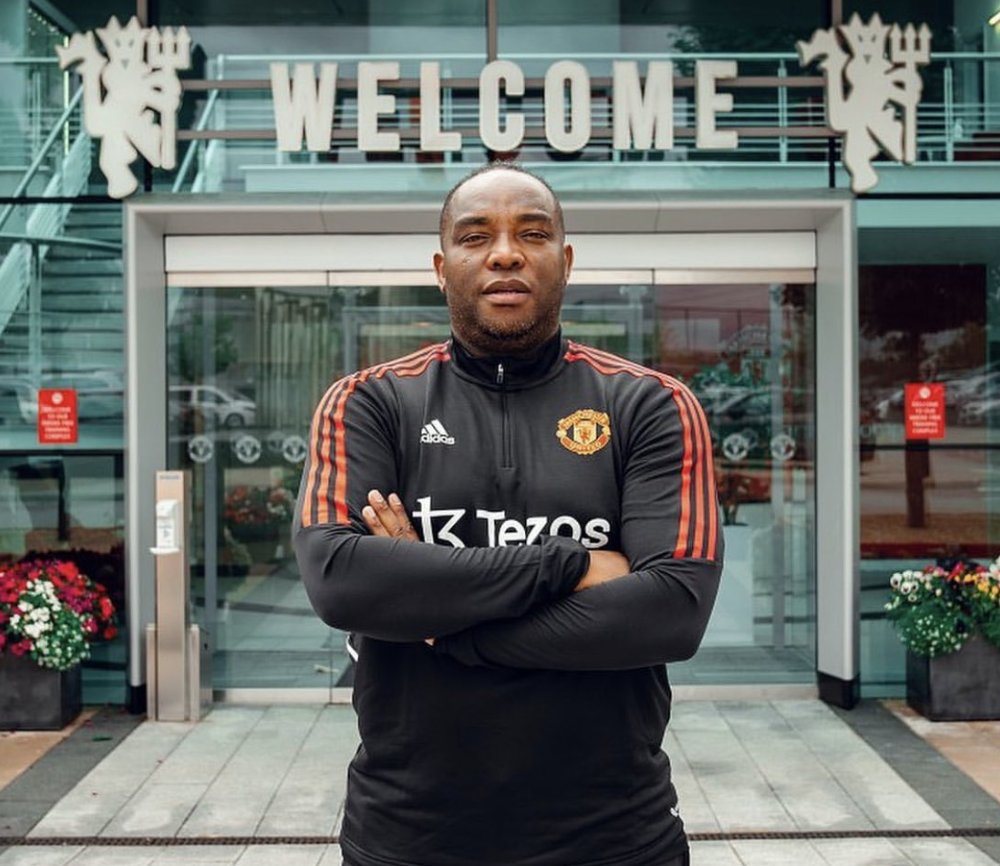 @MelissaReddy_
Bernardo Silva remains crucial to Manchester City. So smart and efficient in possession, tenacious without the ball. Wouldn't understand selling him this summer, especially in the context of the other big exits that were attuned to Pep Guardiola's demands.
30 Jul, 2022 - 06:05 PM UTC

@Millar_Colin
Incredible. Spanish radio claim Barcelona jointly set-up a holdings company to which it paid €150m of its own money to buy its own assets (to inflate value of sale). La Liga rejected it as not "new" money. Barça must now pay €37.5m tax on this payment. https://t.co/tCBQH64e3Z
08 Aug, 2022 - 08:13 AM UTC 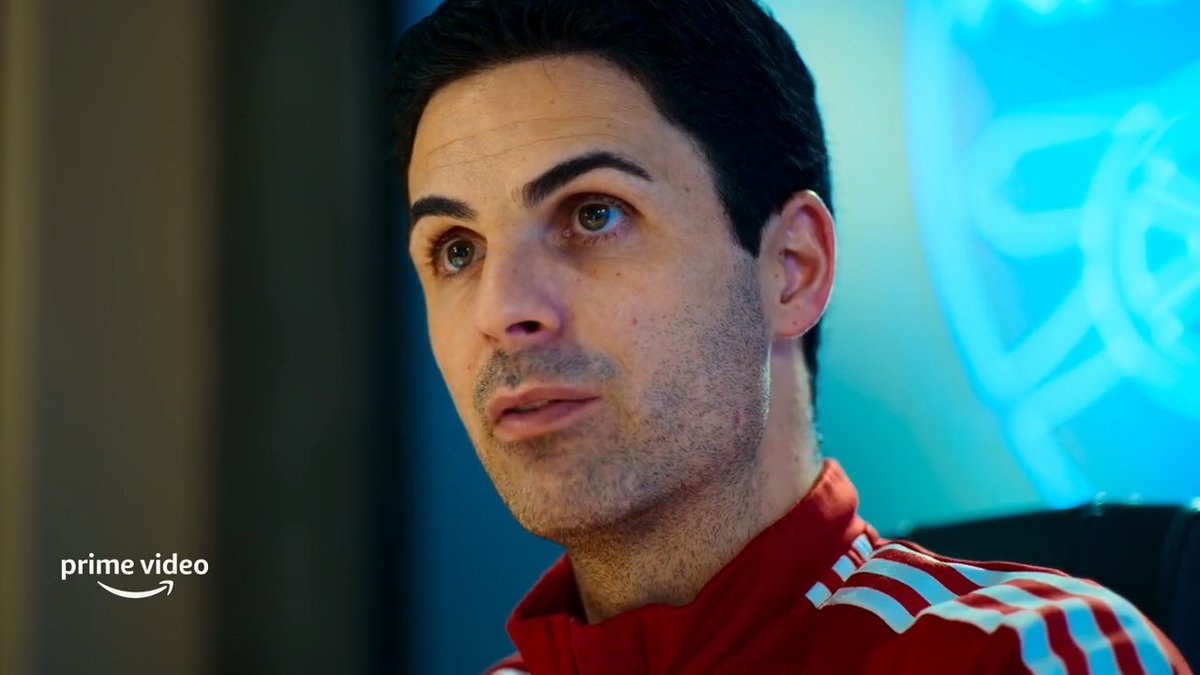 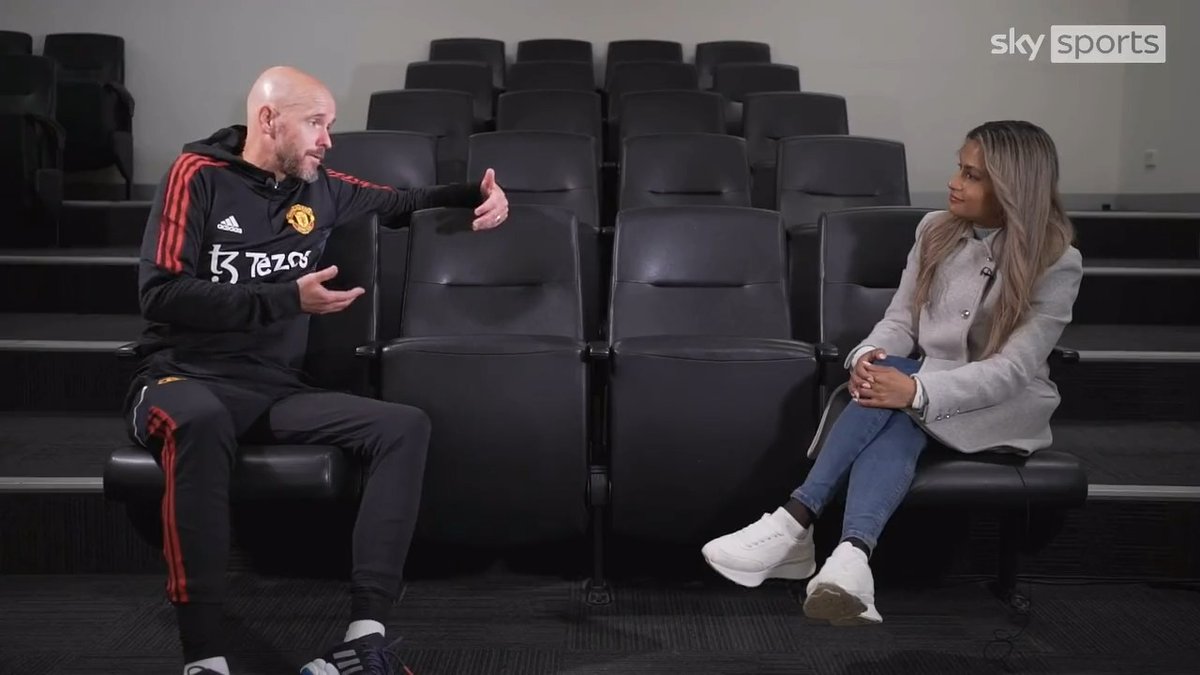 @JonnyGabriel
Instead of mocking people for finding out about Kate Bush and Metallica through Stranger Things we should teach them the proper way to discover new music: the FIFA soundtracks.
09 Jul, 2022 - 03:08 PM UTC 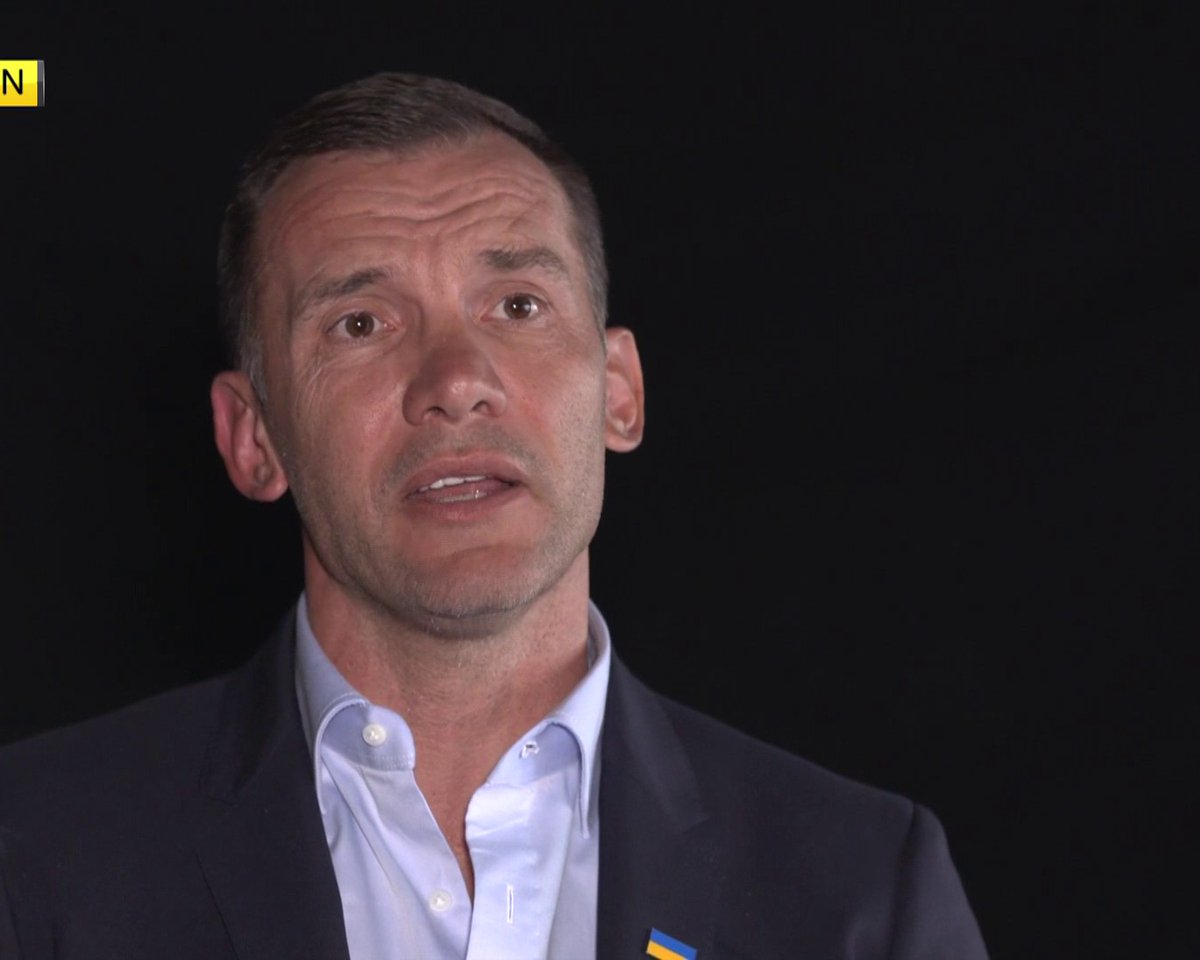 @KellyHogarth
The upcoming summer hol is faced with anguish and fear for many. Please help @fareshare reach those most in need with vital food support by volunteering for 3 hours at your local @tesco store. https://t.co/KxN08Mn9Kr @MelissaReddy_ and I are in. Are you? #EveryLittleHelps 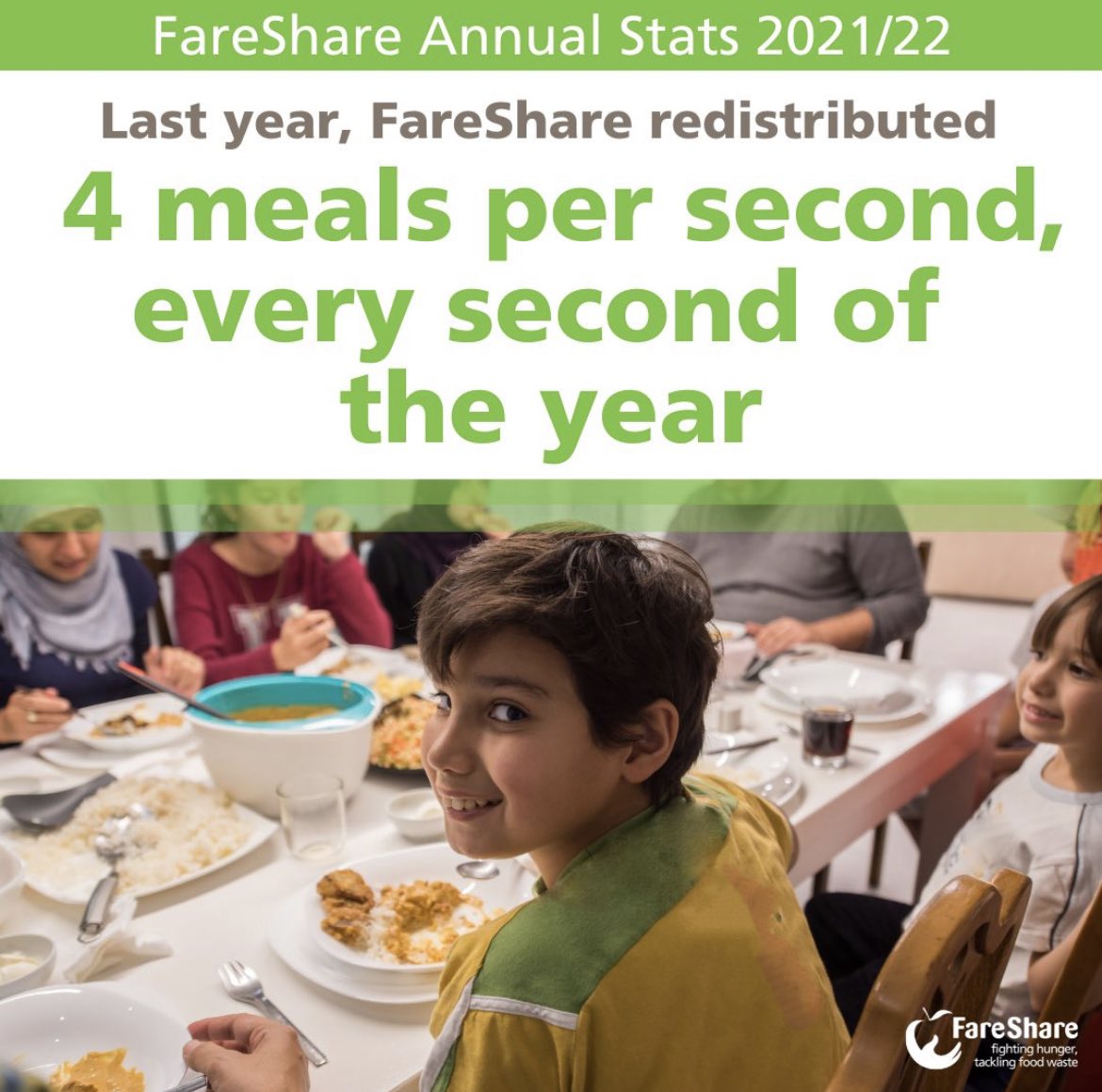 @RichJolly
Carlo Ancelotti's last two seasons have finished in a 5-0 defeat as Everton manager and winning the Champions League with Real Madrid.
28 May, 2022 - 09:44 PM UTC

@tariqpanja
Police here have tear-gassed fans outside Stade de France who have spent more than 90 minutes trying to enter. These are fans with tickets but because of a system failure have been unable to enter. Nasty scenes. 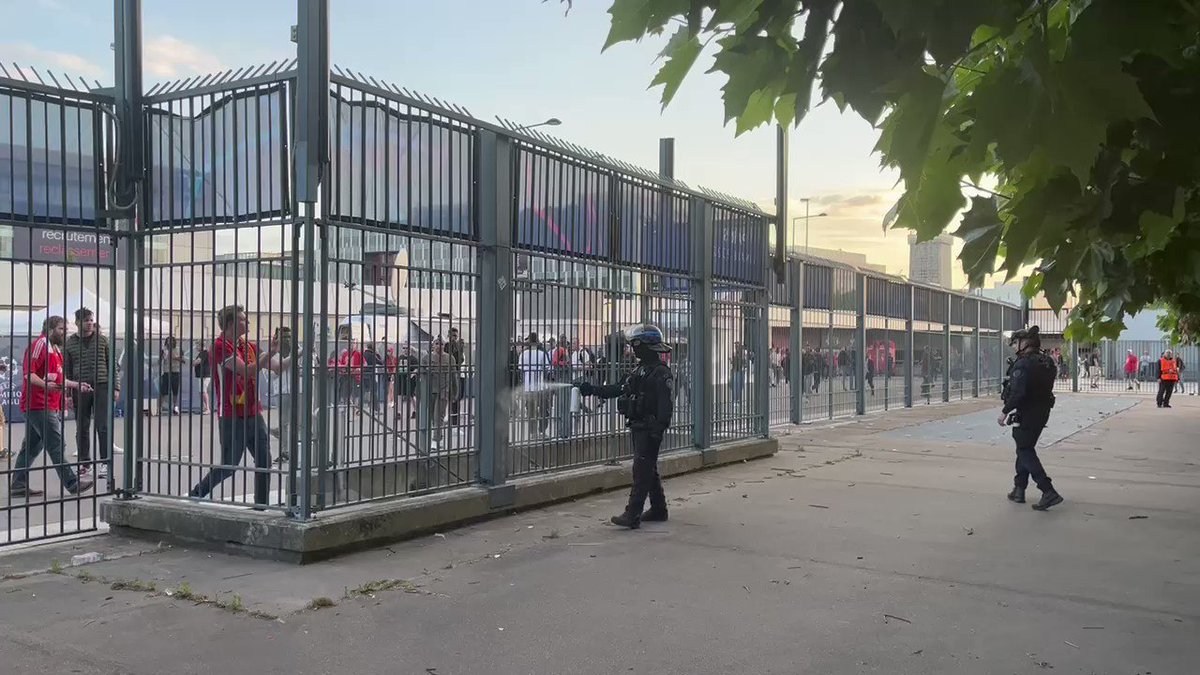 Jonathan Wilson
@jonawils
The announcement said it was due to the "late arrival" of fans. These problems have been building all afternoon - fans have been queuing for hours. This is already an attempt to blame fans for rank incompetence.
28 May, 2022 - 06:48 PM UTC

Kevin Hatchard 🎙⚽️
@kevinhatchard
Amazing how football can turn out. #UEL-winning coach Oliver Glasner had to stop playing after a brain haemorrhage, and was going to work for Salzburg’s management department before Ralf Rangnick helped him to go into coaching. He’s done excellent work with Wolfsburg & Frankfurt.
19 May, 2022 - 08:05 AM UTC

@ManCity
Manchester City can confirm that we have reached an agreement in principle with Borussia Dortmund for the transfer of striker Erling Haaland to the Club on 1st July 2022. The transfer remains subject to the Club finalising terms with the player.
10 May, 2022 - 02:30 PM UTC

@swp29
When your girl comes to watch one of your games 😂 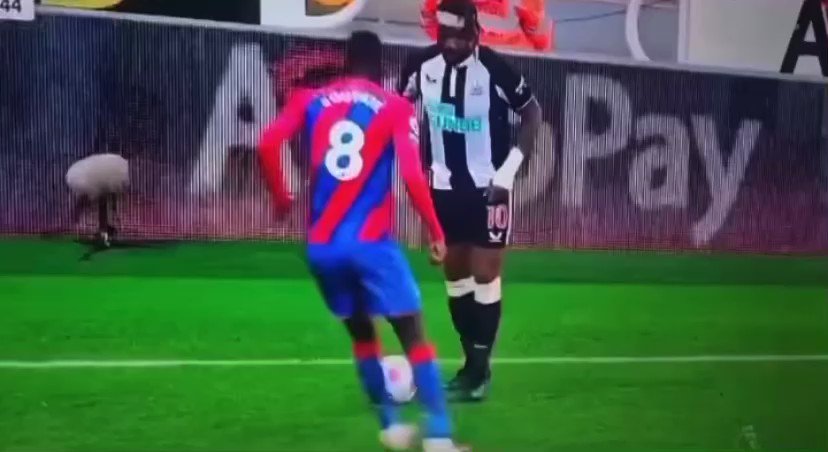 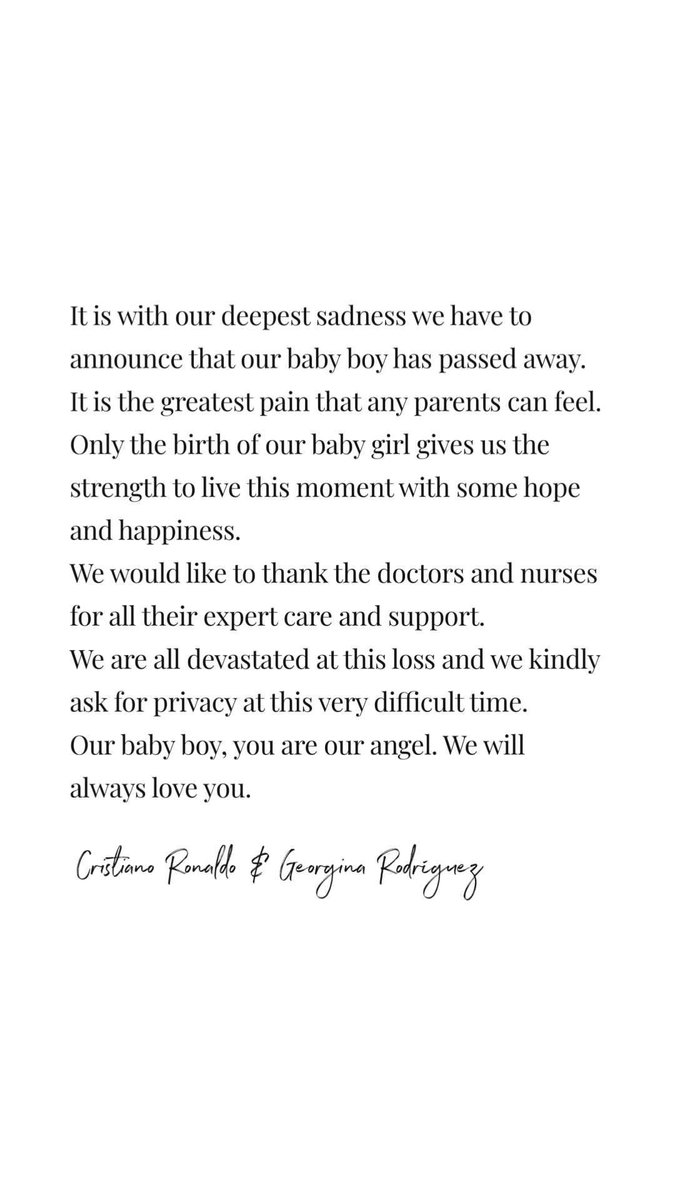 @tariqpanja
This feels like start of death spiral for club that was in relatively good shape until it was handed over to ALK who appear to have done nothing beyond using the club’s own money to finance their takeover. Now no Dyche and pile of debt that didn’t exist before. Fit and proper. https://t.co/OJ9fbjIPbr
15 Apr, 2022 - 09:44 AM UTC

@GNev2
My 32 Questions with Steven Gerrard is out now 👍🏼 Lets hope he doesn ‘t slap me 😂 Head to my YouTube channel The Overlap to watch the full video if you like ❤️ https://t.co/dFwmtuYgqK 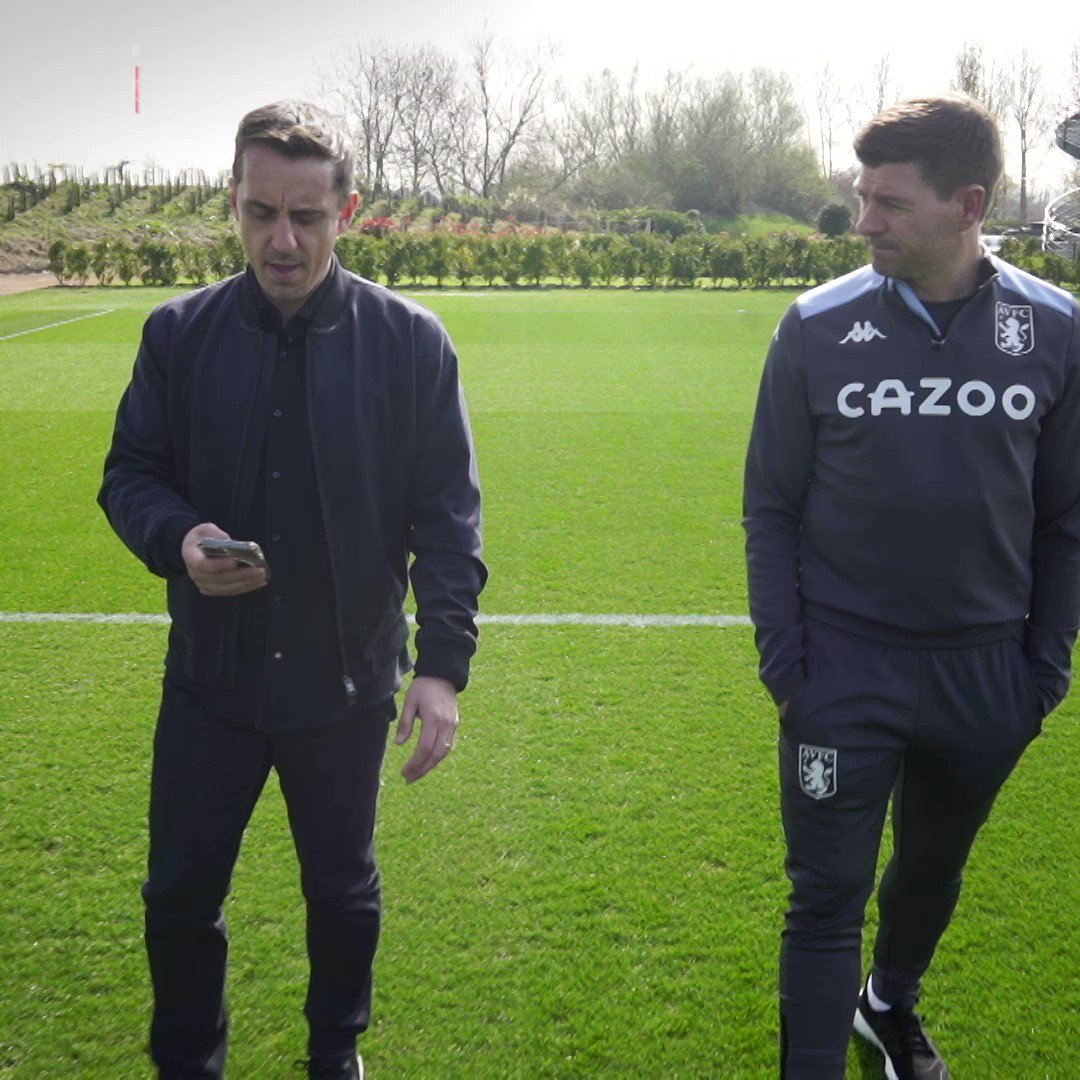 @SkySportsNews
"He makes the world of football a better place!" 🙌 Man City boss Pep Guardiola has been full of admiration for Liverpool boss Jurgen Klopp #SundaySpecial 🔵🔴 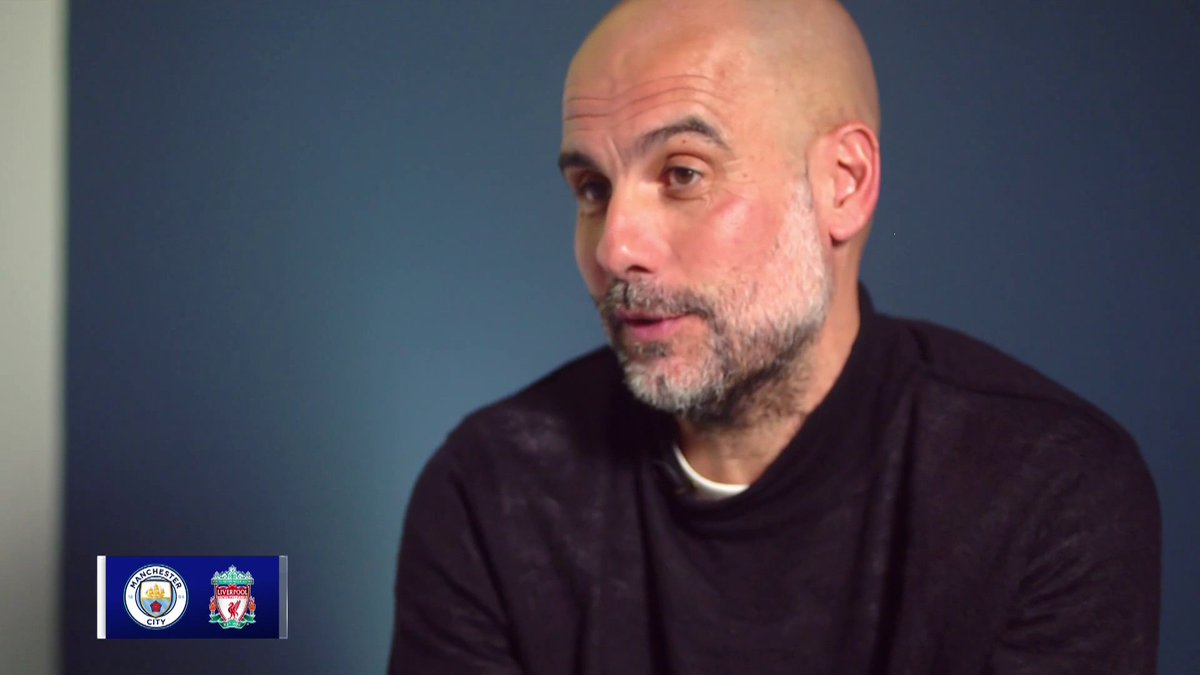 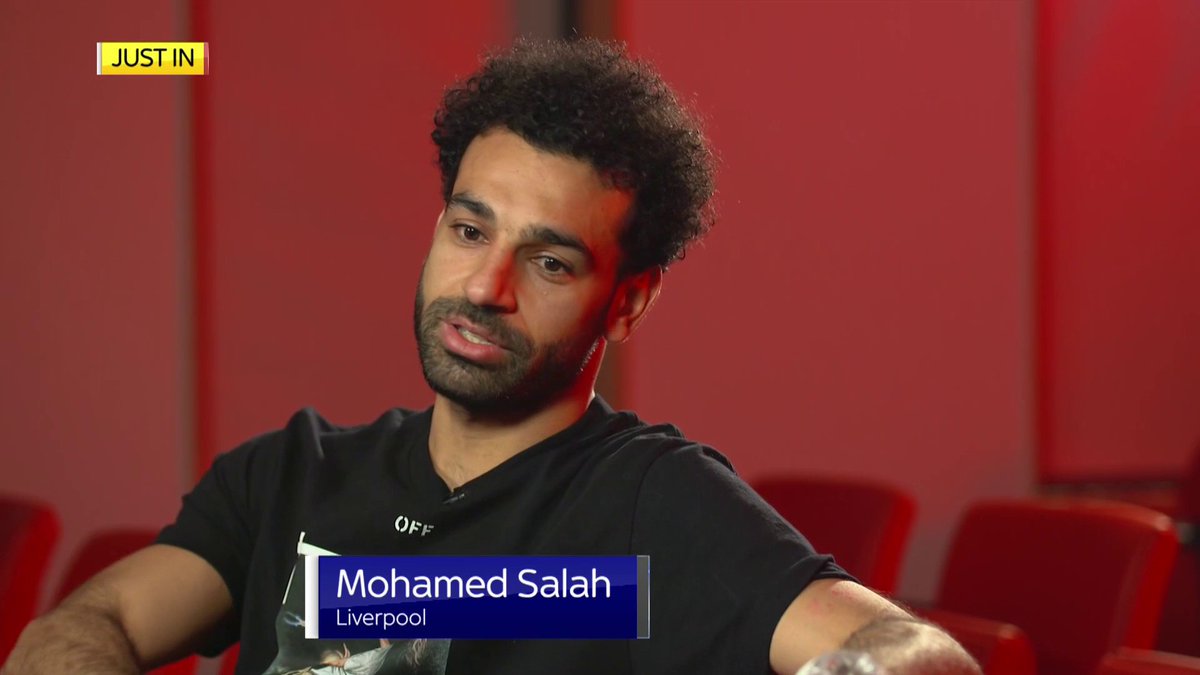