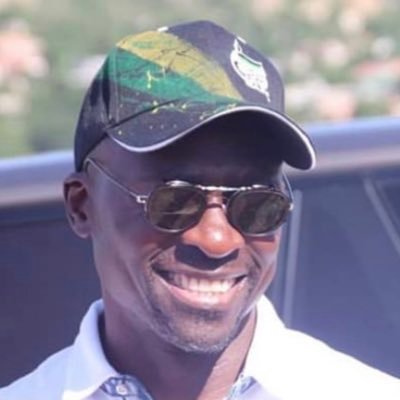 Malusi Gigaba
@mgigaba
The credibility of the judiciary was the cornerstone upon which the foundations of this hard-worn democracy were built. Today, it lies in ruins. All because two rogues see the State Capture Commission as a political/career advancement tool? They will not get away with it.
02 Mar, 2022 - 03:19 AM UTC

Malusi Gigaba
@mgigaba
RIP Makhado! We should’ve read the signs and listened more intently to your warnings. This day could’ve been avoided. May God bless you family and may the high heavens receive you beautiful soul graciously and grant you eternal rest! 🕯💔😭🙏🏾 https://t.co/XwIzQngBl8
23 Feb, 2022 - 03:24 PM UTC

Malusi Gigaba
@mgigaba
These are the people who brainwash Blacks into hurling hateful insults at other Blacks, often without any factual or justifiable basis whatsoever. United, they stand over us. https://t.co/qXrNmw49Rt
23 Feb, 2022 - 03:05 PM UTC

Malusi Gigaba
@mgigaba
They told you that I introduced the requirement for parents to produce unabridged birth certificates of their minor children when travelling with them in and out of the country. You believed them. https://t.co/Q6mXhooSti
23 Feb, 2022 - 12:55 PM UTC

Malusi Gigaba
@mgigaba
They told you that I approved the Oppenheimer application for a private international departures and arrivals terminal on 28 February 2016. You believed them. https://t.co/KGa9bBvaMo
23 Feb, 2022 - 12:40 PM UTC

Malusi Gigaba
@mgigaba
Do you, @Eusebius, and your fellow journalistitutes know that unsubstantiated allegations do not equal evidence? Do you know that being acquainted with someone you all have been programmed to hate with a passion is not a crime? https://t.co/pkknE1UEqc
06 Feb, 2022 - 04:23 PM UTC

Malusi Gigaba
@mgigaba
What President Cyril Ramaphosa said, REPEATEDLY, UNDER OATH, is that he is actually the one who asked Nxamalala to appoint Brian Molefe. Strangely, though, DCJ Raymond Zondo did not hear him. WHAT A FARCE!!! https://t.co/aF4ner4SoA
02 Feb, 2022 - 07:19 AM UTC

Malusi Gigaba
@mgigaba
3 years and R1 billion later, DCJ Raymond Zondo has found NO evidence to warrant a recommendation that I be charged with corruption. Instead of clearing me, he asks that I be investigated some more in the hope that this will kill me, politically. If only he and his handlers knew!
01 Feb, 2022 - 06:50 PM UTC

Velempini Ndlovu
@VelempiniN
Church needs R600 000 to buy Pastor a car, they call for a fundraising drive. Church member needs R250 000 for a kidney transplant, they call for prayers. That right there is what is wrong with modern religion.
08 Sep, 2021 - 04:11 AM UTC

Lirandzu Themba
@LirandzuThemba
[LATEST] Gauteng Provincial Commissioner has sanctioned an urgent departmental investigation to establish the circumstances surrounding the incident that allegedly happened on the streets in the CBD in Krugersdorp on Tuesday, 03 August 2021… https://t.co/r74i0tI6kP
05 Aug, 2021 - 09:41 AM UTC

JudgeJohnDeed
@vngalwana
SAns are hostage to mainstream media. If you accept, as you must, that humans make decisions & form opinion on basis of info,the credibility of that info determines quality of your decisions & opinion. You're not getting credible info from SA mainstream media on "state capture"
23 Jul, 2021 - 06:31 AM UTC

Izwe Lethu
@LandNoli
Moeletsi Mbeki: Just to put Zuma in jail by ConCourt, 45 SAns died & economy in tatters Why is it important to have Zuma in jail? Do lawyers think it's worth SA & region to pay for them to quote Western textbooks & tell us "We have obeyed the rule of law"? For me it isn't. https://t.co/QrhZB65flj
14 Jul, 2021 - 10:31 AM UTC

Mashomane 🇿🇦🇲🇼
@twieterazzi
Connecting some dots [A thread] In the 1980s a clique of mostly white lawyers belonged to the Legal Resource Centre which was funded by Ford Foundation, Carnegie and the Rockerfellers. The LRC was founded in 1979 and pursued public interest law.
10 Jul, 2021 - 03:58 PM UTC

Richard Spoor
@Richard_Spoor
Section 12.(1)(b) of the Constitution says: “Everyone has the right to freedom and security of the person, which includes the right not to be detained without trial.”
03 Jul, 2021 - 06:23 PM UTC

Richard Spoor
@Richard_Spoor
Fact of the matter is the ConCourt tried and convicted Zuma of the crime of civil contempt and sentenced him to 15 months imprisonment without giving him the benefit of a trial. That’s not right.
03 Jul, 2021 - 06:21 PM UTC

@MannyPacquiao
So sad to hear the passing of Lehlo Ledbawa! He was a true champion in and out of the ring and left behind an amazing legacy. RIP champ! 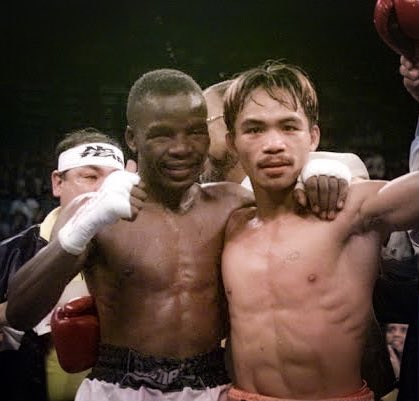