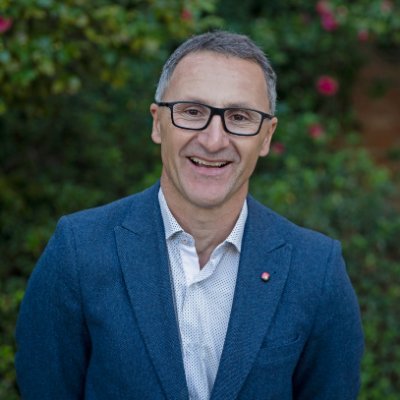 @RichardDiNatale
Tuned in last night to watch #addictedaustralia Terrific television and such an important conversation. A huge congrats to Turning Point for their outstanding work. I’m I’m proud of having worked there. https://t.co/FiPT8HXirt
18 Nov, 2020 - 12:16 AM UTC

@RichardDiNatale
My letter to the President of the Senate, formally resigning as a @Greens Senator for Victoria. https://t.co/2ufWl7lJVZ
26 Aug, 2020 - 03:51 AM UTC

@RichardDiNatale
Nothing our @greens movement does would be possible without our members and supporters. Thank you for everything. https://t.co/Dt9E3LxsrR
25 Aug, 2020 - 11:28 PM UTC

@RichardDiNatale
The Greens fully support this call – telehealth must continue well beyond September and should be made permanent. I moved a motion in June for telehealth to continue & wrote to the Minister for Health seeking confirmation that Australians will continue to have access. https://t.co/ExoiICsnmy
13 Aug, 2020 - 03:50 AM UTC

@RichardDiNatale
Terrible scenes of destruction in Beirut following the terrifying explosion overnight. Our thoughts are with Lebanon today, and all those in our Lebanese-Australian community. You can access DFAT's 24-hour consular emergency helpline on 1300 555 135
05 Aug, 2020 - 12:12 AM UTC

@RichardDiNatale
An elimination strategy for COVID-19 can provide our community and the economy certainty going forward. From @abcnews with @PatsKarvelas https://t.co/2284B3VuTt
20 Jul, 2020 - 07:57 AM UTC

@RichardDiNatale
Of course pregnancy warning labels on alcohol should be mandatory. Health Ministers must step up and make the right call on this this week. https://t.co/sS7SwkY0HJ
14 Jul, 2020 - 10:44 PM UTC

@RichardDiNatale
The little known Lombok treaty says that Australia shouldn’t interfere in Indonesia’s affairs, but human rights are not negotiable. It’s time to tear up the treaty and stand up for the West Papuan people. https://t.co/68GZ64zhkF
07 Jul, 2020 - 02:14 AM UTC

@RichardDiNatale
Congratulations @lidia__thorpe on being chosen as our newest @Greens Senator. Our parliament and our country will be a better place thanks to your strength, passion and conviction. #auspol https://t.co/vSSSlJh5Zo
20 Jun, 2020 - 03:09 AM UTC

@RichardDiNatale
Our motion called for the Government to make the telehealth MBS items permanent, with a full evaluation after 12 months, including of patient access, compliance, and continuity of care. https://t.co/7cMwyHBWyQ
18 Jun, 2020 - 07:40 AM UTC

@RichardDiNatale
Telehealth is a crucial reform of access to healthcare, and has been so effective during COVID-19. Today the Senate supported my motion calling on the government to make access to telehealth permanent instead of cutting patients off on 30 September. #auspol https://t.co/Jn26pktltD
18 Jun, 2020 - 07:38 AM UTC

@RichardDiNatale
Sending strength and solidarity to those protesting racism and systematic oppression in the US. While sending our support overseas, those of us in Australia must also reflect on the situation at home.
31 May, 2020 - 07:39 AM UTC

@TimRRead
Three months is still too long for many potential donors, so we urge Lifeblood to work now on combining the modern very sensitive tests for HIV and hepatitis with screening donors based on individual sexual risk, rather than the gender of their partner. #SpringSt #Auspol
15 Apr, 2020 - 01:51 AM UTC

@TimRRead
Gay men should soon be able to donate blood after waiting 3 months rather than 12 months since they last had sex. Red Cross Lifeblood have the go ahead from the TGA and I now encourage state and federal governments to approve this ASAP so it can happen. #SpringSt #auspol
15 Apr, 2020 - 01:50 AM UTC

@AdamBandt
✅ Establish a $6 billion Grid Transformation Fund to connect the grid to renewable energy zones, driving jobs and investment in the construction and manufacturing sector and unlocking energy investments being held back by bottlenecks in the grid.
26 Feb, 2020 - 01:47 AM UTC

@AdamBandt
A Green New Deal helps us deal with the immediate threat of a recession and starts to tackle the climate, jobs and inequality crises that our country faces. Here's three key elements of the Green New Deal the Prime Minister could act on today:
26 Feb, 2020 - 01:43 AM UTC

@AdamBandt
We’re heading towards a cliff and Morrison is refusing to grab the steering wheel. Wages flat, bushfires have hit the economy & coronavirus coming at us like a freight train. We are at risk of recession. We need a Green New Deal to keep the economy strong & tackle inequality.
26 Feb, 2020 - 01:23 AM UTC

@sarahinthesen8
Breaking!! Oil giant Equinor has scrapped plans to drill in South Australia’s gorgeous Great Australian Bight. This is a huge win for the community, the environment and SA’s tourism and fishing industries. Good for the planet & jobs. Congratulations to everyone who fought so hard
24 Feb, 2020 - 11:25 PM UTC

@theage
The environment has catapulted to the top of the list of Australians' biggest worries, leapfrogging cost of living, healthcare and the economy.https://t.co/sB3VOZSVxe
21 Jan, 2020 - 08:00 PM UTC

Richie Merzian
@RichieMerzian
What is the cost of climate inaction? What are the direct and indirect economic impacts? When does the 'senisble and balanced' climate action so treasured by the Prime Minister become ridiculous by comparison. Do we 'evolve' our response or take crisis response action? https://t.co/0BprW4ZIwt
14 Jan, 2020 - 04:45 AM UTC

Braden Ingram
@bradeningram
Air pollution is causing plenty of drama at Melbourne Park. 2014 semi-finalist Eugenie Bouchard is complaining of a sore chest and has just left the court with doctors. @9NewsMelb https://t.co/kL6LxuXVIF
14 Jan, 2020 - 04:23 AM UTC

@AdamBandt
Exactly. SmoKo’s latest spin about being ‘open’ to further action on climate is pure marketing. We don’t need more time to think, or finely calibrate, or consider options. We know what we need to do. We need to quit coal. Anything less, PM, is a death sentence. https://t.co/PB8UOgQVeN
12 Jan, 2020 - 10:51 PM UTC

@sarahinthesen8
It is estimated 25,000 koalas on Kangaroo Island have been killed in the fires. Thousands more injured and their habit has been destroyed. We need an urgent recovery plan properly funded to save wildlife and restore the environment before it’s lost forever. #AustraliaBurns https://t.co/2CEBlwb9wi
08 Jan, 2020 - 12:27 AM UTC