@TerryanneChebet
Here to celebrate young people owning their space in Leadership! Congratulations Linet Chepkorir aka toto! Is there any thread celebrating all young leaders no matter the party? 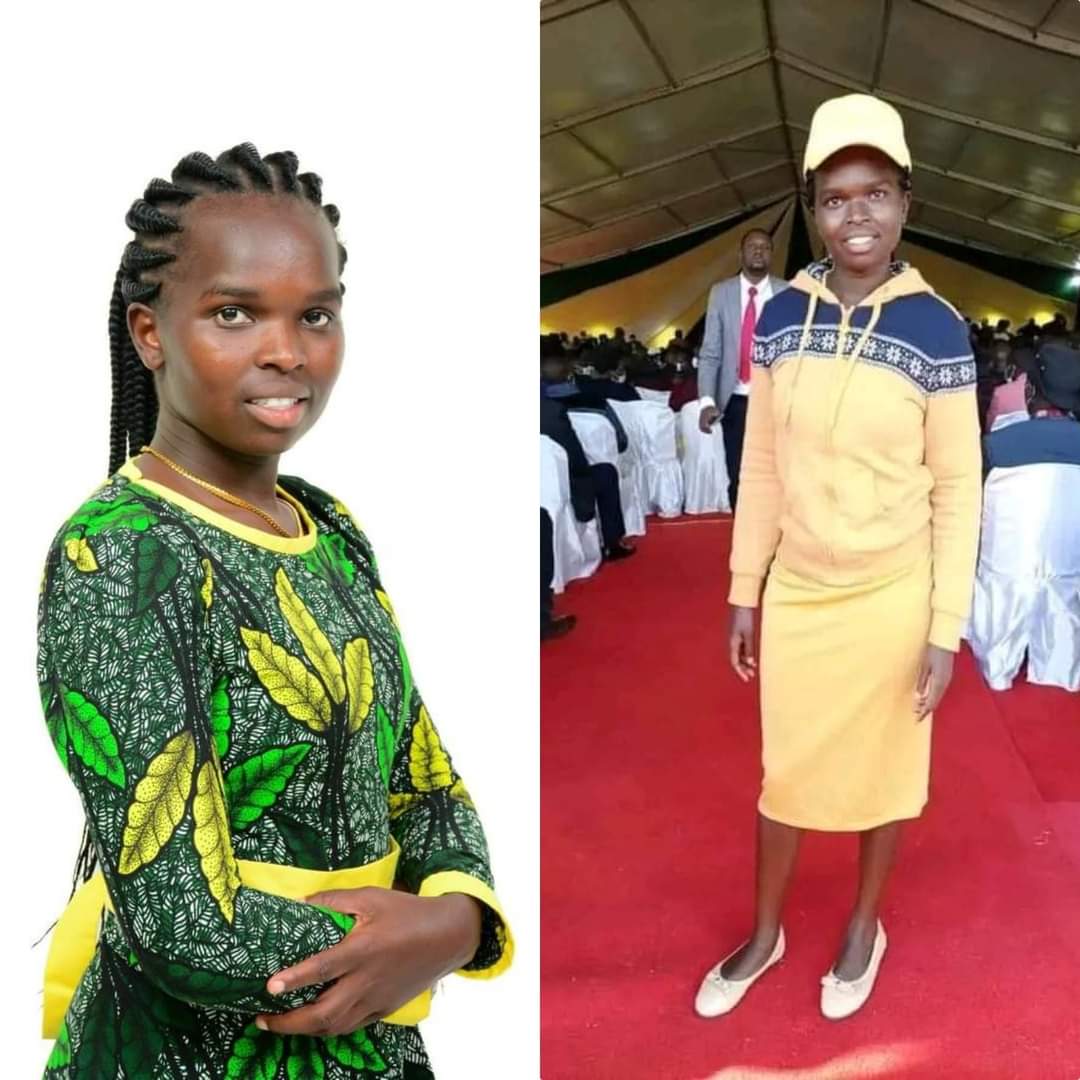 @TerryanneChebet
"If it signals that youth are abandoning political rituals of their parents & opting for more effective modes of engagement with governance. Elections need not be do-or-die affairs. A boring election may in fact be just the thing Kenya needs". @gathara https://t.co/zO0X5c4zV9
12 Aug, 2022 - 08:25 AM UTC

@TerryanneChebet
I'm sure the timing of your tweet will save you some real love from #KOT 🤣 though...this is the presidents hometown 🙃 https://t.co/lnZsMy33xZ 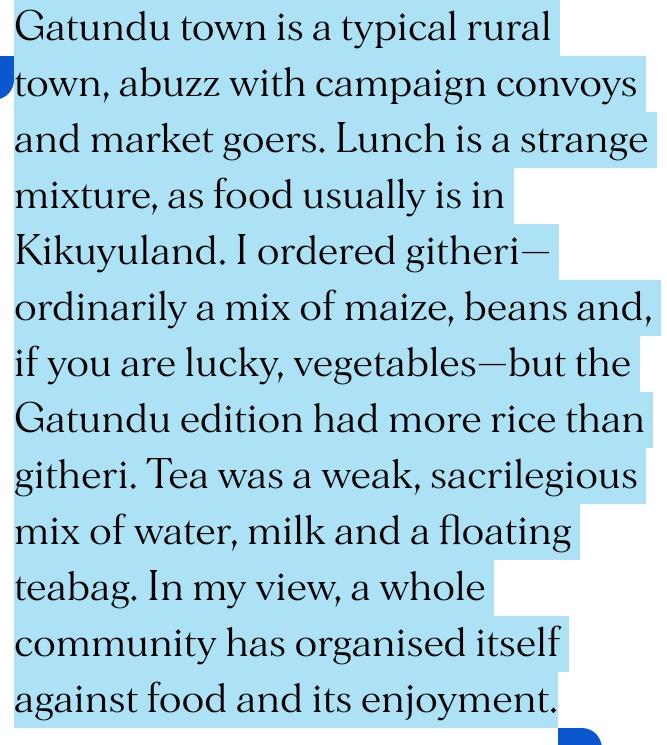 @TerryanneChebet
Philip Ogola: From a ‘slow learner’ to digital guru. @LeonLidigu Thanks for sharing this! So many people with learning disabilities experience the worst in the very schools that should be protecting and guiding them (and their parents) https://t.co/ffbPxsLF4X
07 Aug, 2022 - 07:01 AM UTC 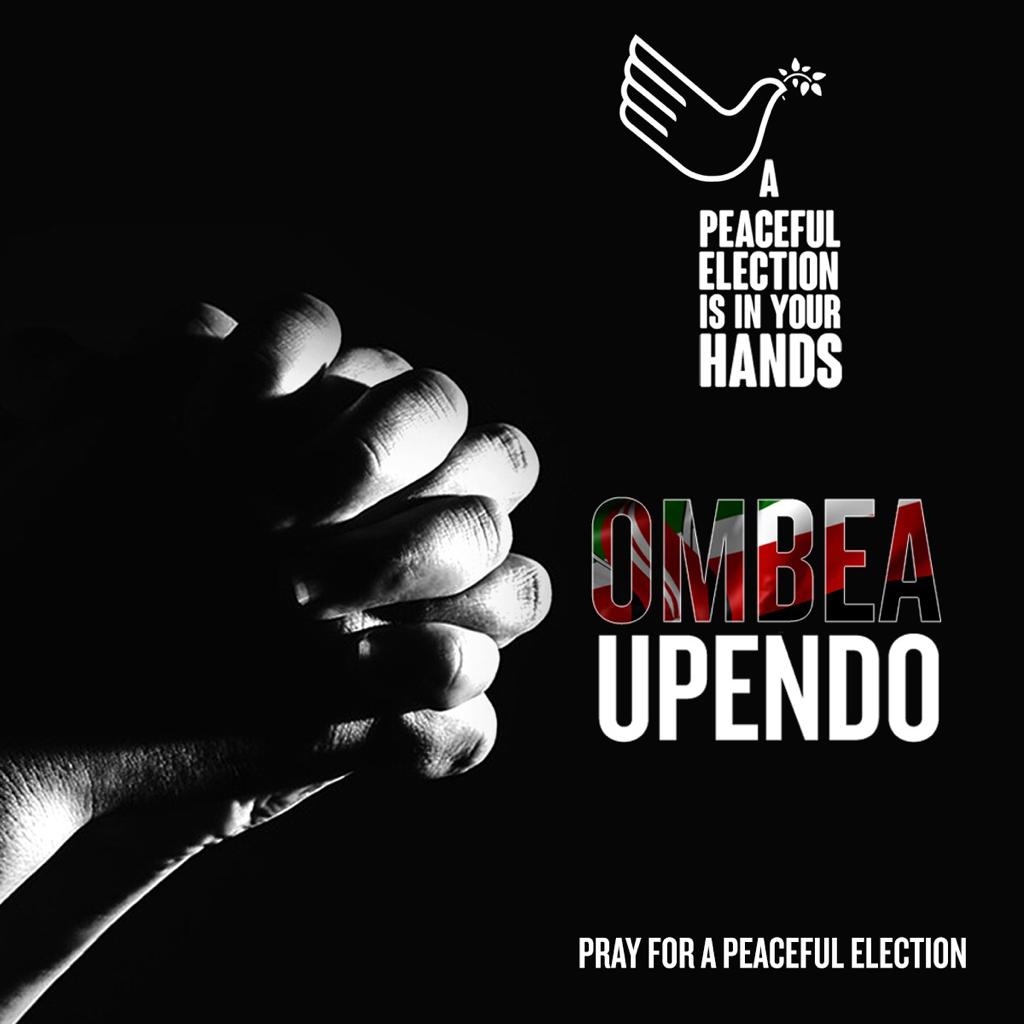 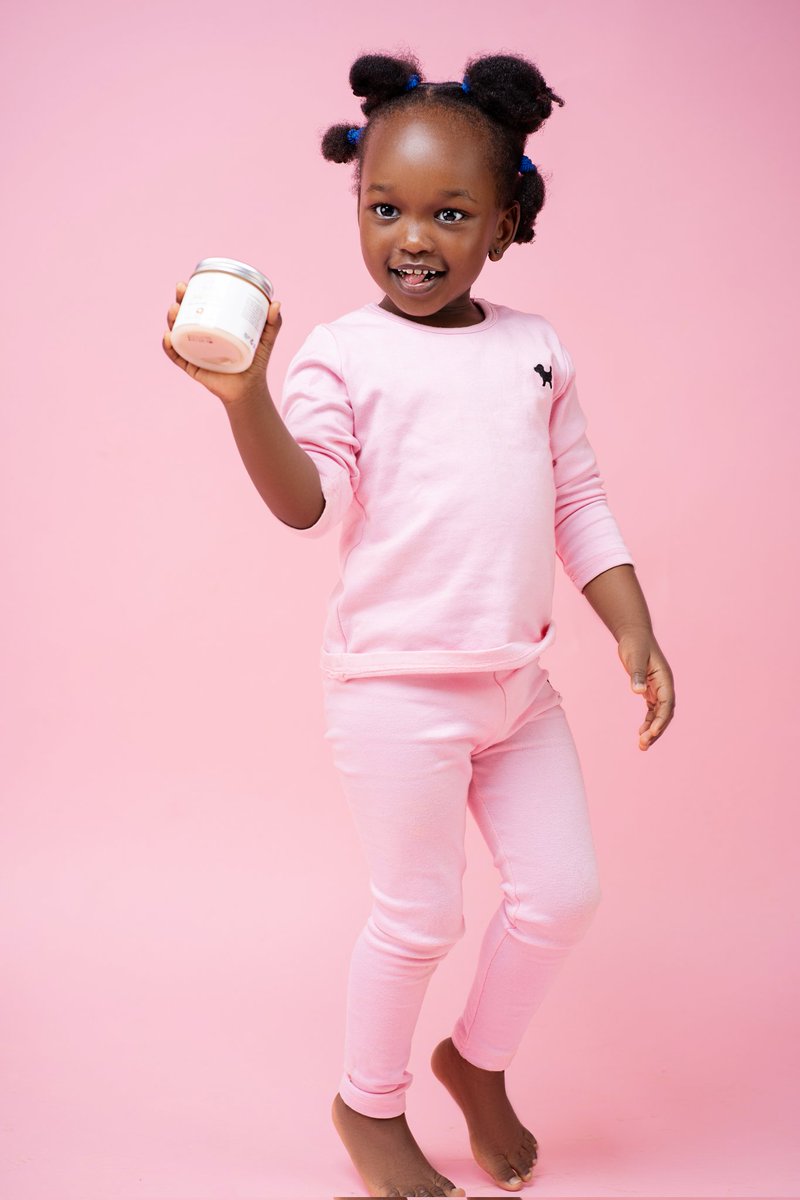 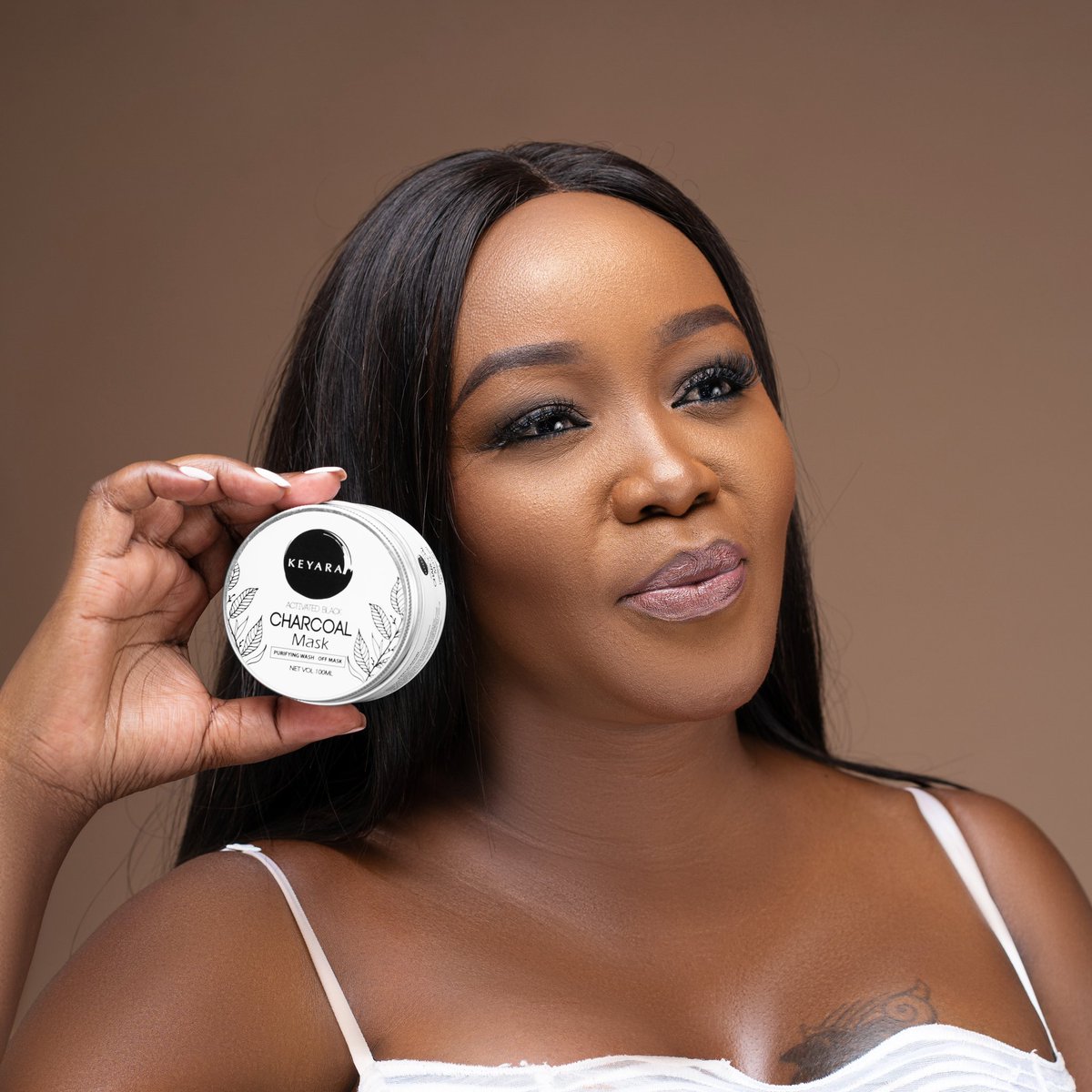 @TerryanneChebet
I'm here to ask you to buy this for yourself or family. It's only 1000 bob and you'll be supporting my small team and I BIGLY! Click the link below, place order and we'll deliver. RT if you like small businesses working hard to make a difference. Asante. https://t.co/puHiNP4EQ0 https://t.co/9iC3WrN8cI
04 Aug, 2022 - 09:22 AM UTC

@TerryanneChebet
Whoever is doing Creative Communications for Asmio needs a National Clap in Unison. Incredibly executed all the way!
04 Aug, 2022 - 08:53 AM UTC

@TerryanneChebet
Can't seem to get my IG working, tried to update the app yesterday and it went all white. Uninstalled, Restarted my phone countless times since yesterday, deleted cache, data etc.. any advise?
02 Aug, 2022 - 02:15 PM UTC

@TerryanneChebet
Had the pleasure of meeting @JaneMarriottUK together with other business leaders. I shared my vision for our community 'Africa's Leading Ladies' and learned much from my counterparts on supporting small businesses. If you'd like to join, click below! https://t.co/E3N1mXSjkx 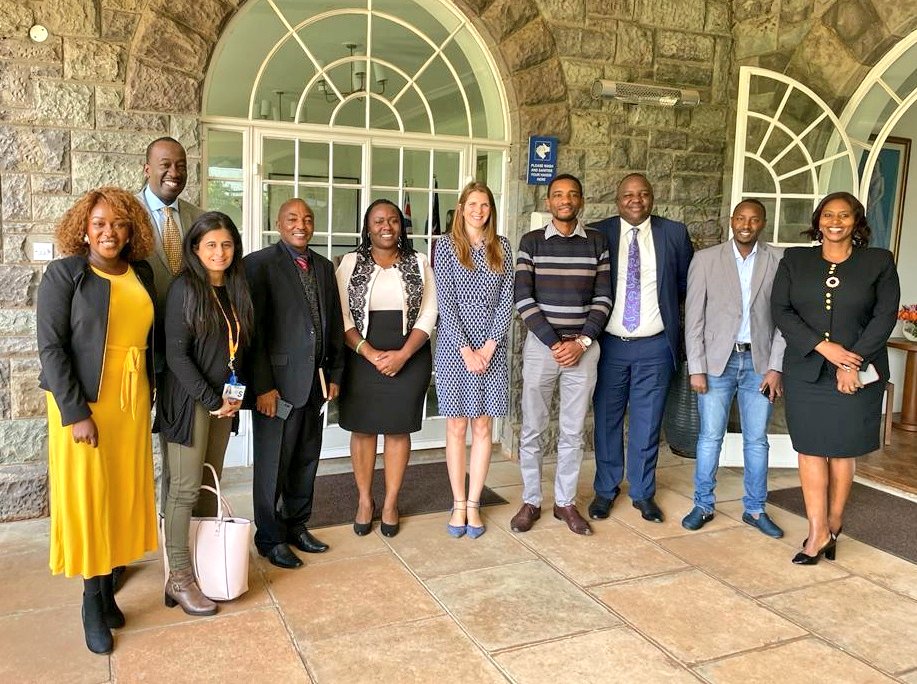 @TerryanneChebet
There is no such thing as society. There are individual men and women, and there are families.” – Margaret Thatcher In our common parlance, tribe in this quote replaces society. As we count down; remember we are individuals first, then families. Everything else is divisive ✌🏾
01 Aug, 2022 - 05:57 AM UTC

@TerryanneChebet
The experiences shared were really heart-breaking. We must remember that online gender violence is often an indicator of offline GBV. https://t.co/wsCdU7lalx
29 Jul, 2022 - 12:59 PM UTC

@OliverMathenge
Government has suspended Sh100 maize flour program as CS Munya says there is no money to support the subsidy. 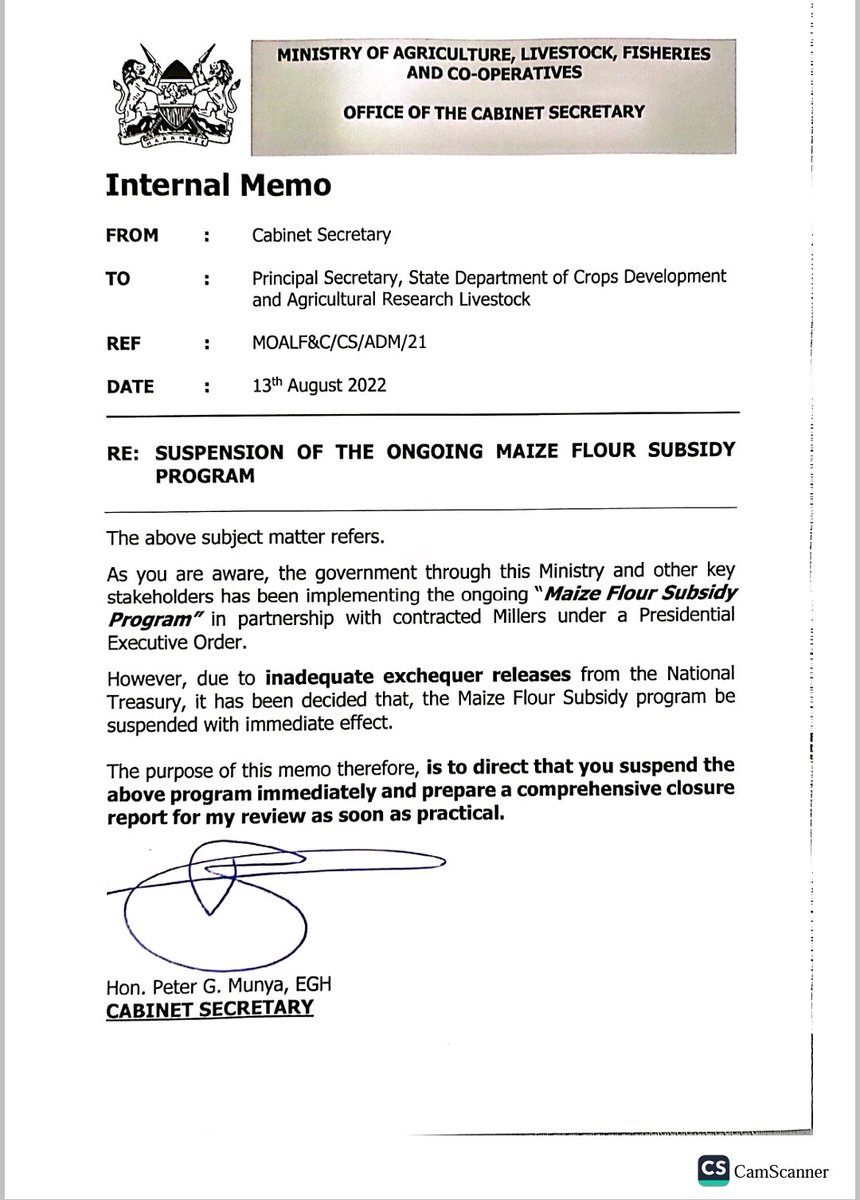 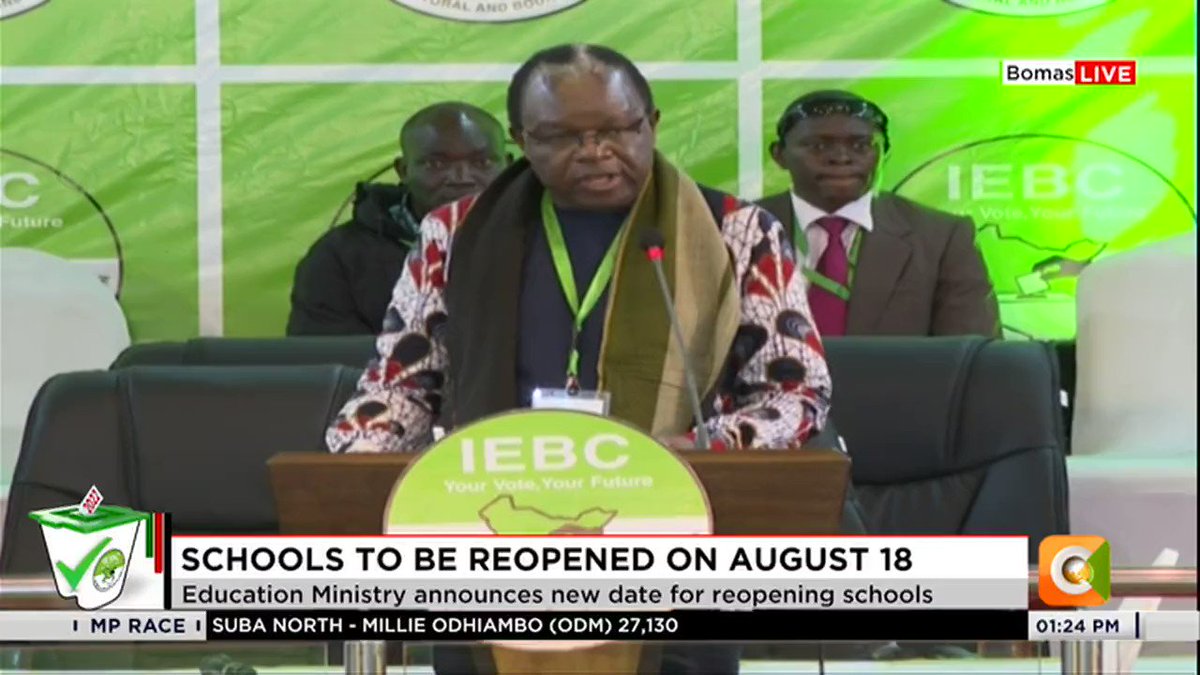 @OliverMathenge
CORRECTION: The Senate race is almost complete with only 11 seats yet to be declared. Here is how the Senate is shaping up for Ruto and Raila’s coalitions plus who is the Senator in each county. https://t.co/9W9Qjqzwvh 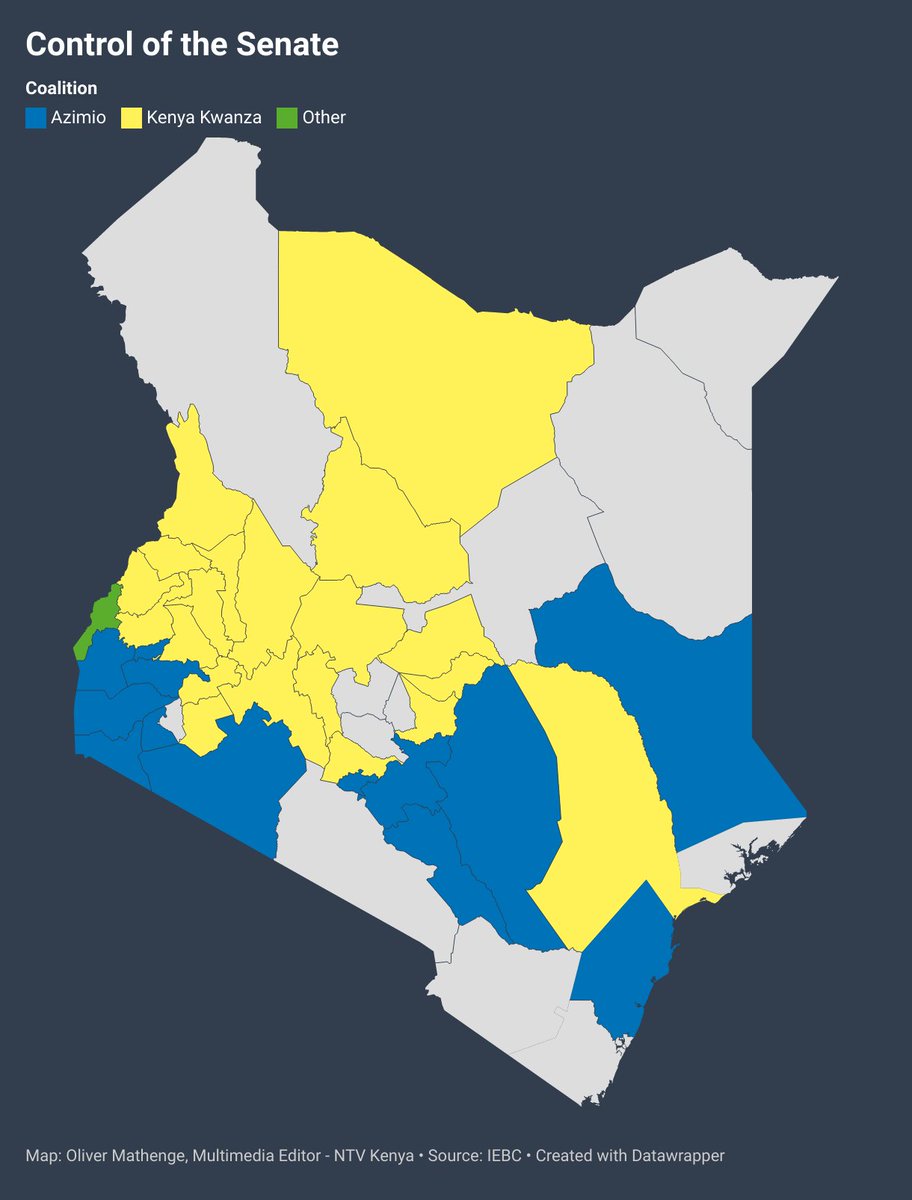 Association of Media Women in Kenya

@AMWIK
Even as we await the conclusion of #kenyaelections2022, we are encouraged by some of the confirmed results which show a high number of victorious women in various positions. Congratulations to them & thanks #Kenyans for believing in women leadership.👏🏾 #GE2022 #KenyaDecides2022 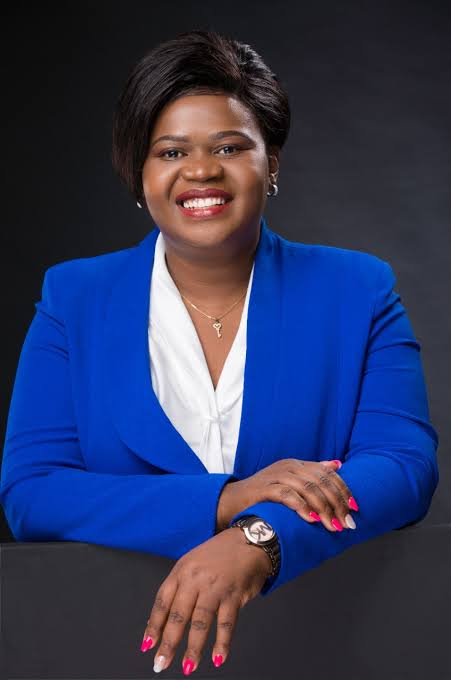 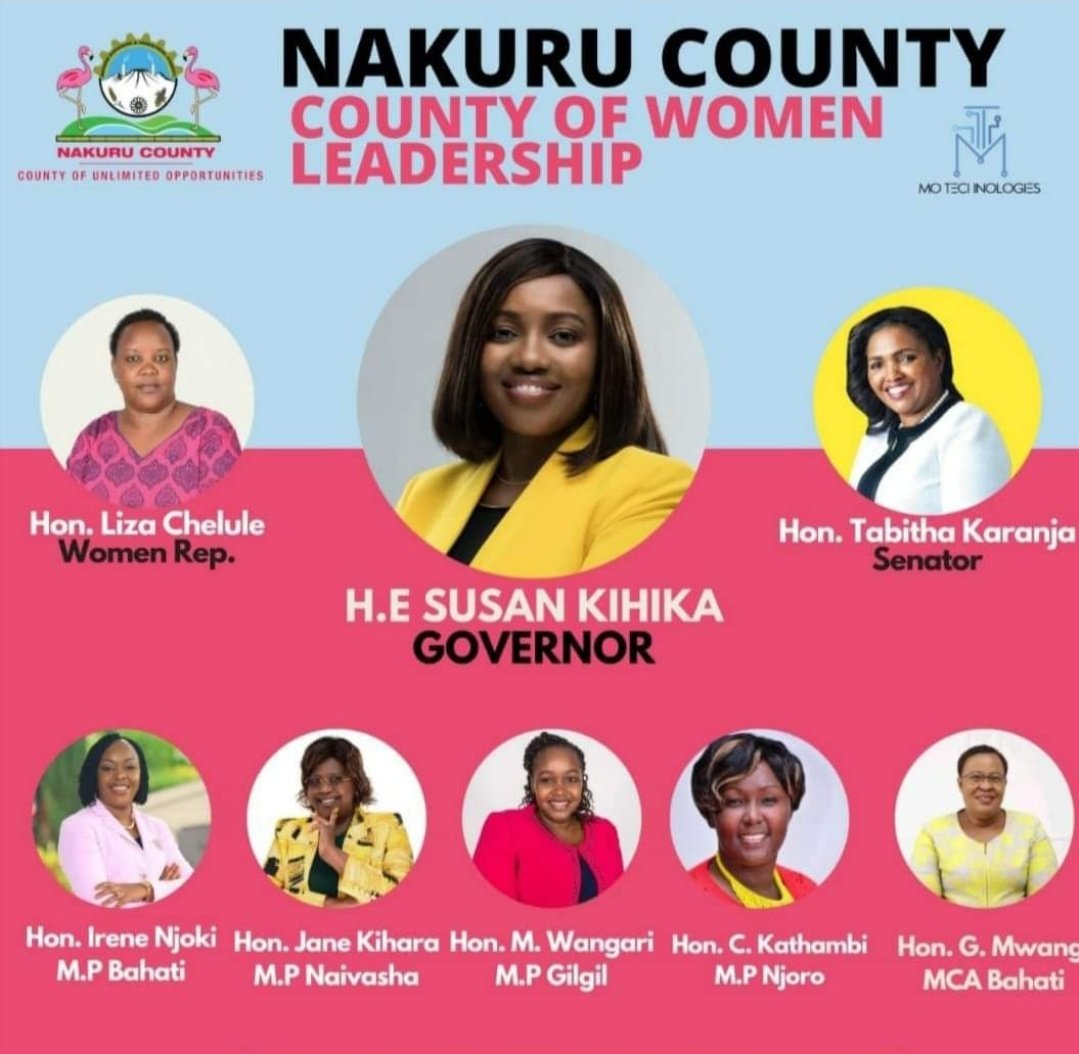 Tim Kipchumba
@TimKipchumba
Reality can be changed. We must never be limited by our sense of possibility and how our history can flow to the things we can change in our country. Everything is mutable, changeable, can be bent, can be reshaped and refashioned
12 Aug, 2022 - 09:01 AM UTC

@cobbo3
It’s Day 3 of #kenyaelections2022. The tedious final count is going on very publicly and noisily; there has been no blackout; no one has run away with the backup generator; Kenyans are busy abusing each other; the bloody internet is still up; and social isn’t blocked.
12 Aug, 2022 - 08:57 AM UTC

@Nanjala1
I've written in "Digital Democracy" about the triple bind that faces Kenyan media. The average journalist is underpaid and overworked and expected to absorb risk that the media house then profits from. There are newspapers that pay Ksh 150 per article, and you edit it yourself.
12 Aug, 2022 - 08:52 AM UTC

@FerdyOmondi
Chebukati has taken issue with party agents who are 'questioning' returning officers at Bomas and disrupting the presidential verification process. Threatens to kick them out of the national tallying centre if they don't stop.
12 Aug, 2022 - 08:50 AM UTC

@bonifacemwangi
Hey aspirant, whether you won or lost, please organize to have your campaign posters removed. Leave the walls and trees how your found them. Removing your posters especially if you lost is a painful process but it’s the right thing to do. Tweet&tag a politician to remove theirs. https://t.co/32f844sc1p
12 Aug, 2022 - 07:48 AM UTC

Tim Kipchumba
@TimKipchumba
Media as is in Kenya today is due for major changes to it Media must be about freedom of expression & not suppression of it. It must stand for higher values for the country Seeing the media loose legitimacy is ripe for massive disruption from policy & alternative fronts
12 Aug, 2022 - 03:49 AM UTC

Chemtai Mungo,MD,MPH
@ChemtaiMungo
I had the honor of giving a talk (virtually - after my visa was delayed) at the #UniversityofAntwerp #HPVPreventionBoard in July on strengthening #cervicalcancer prevention among women living with HIV in low-income countries. @Toget_HERHealth @GoFurther https://t.co/PDmJD5oCgD
11 Aug, 2022 - 12:02 AM UTC 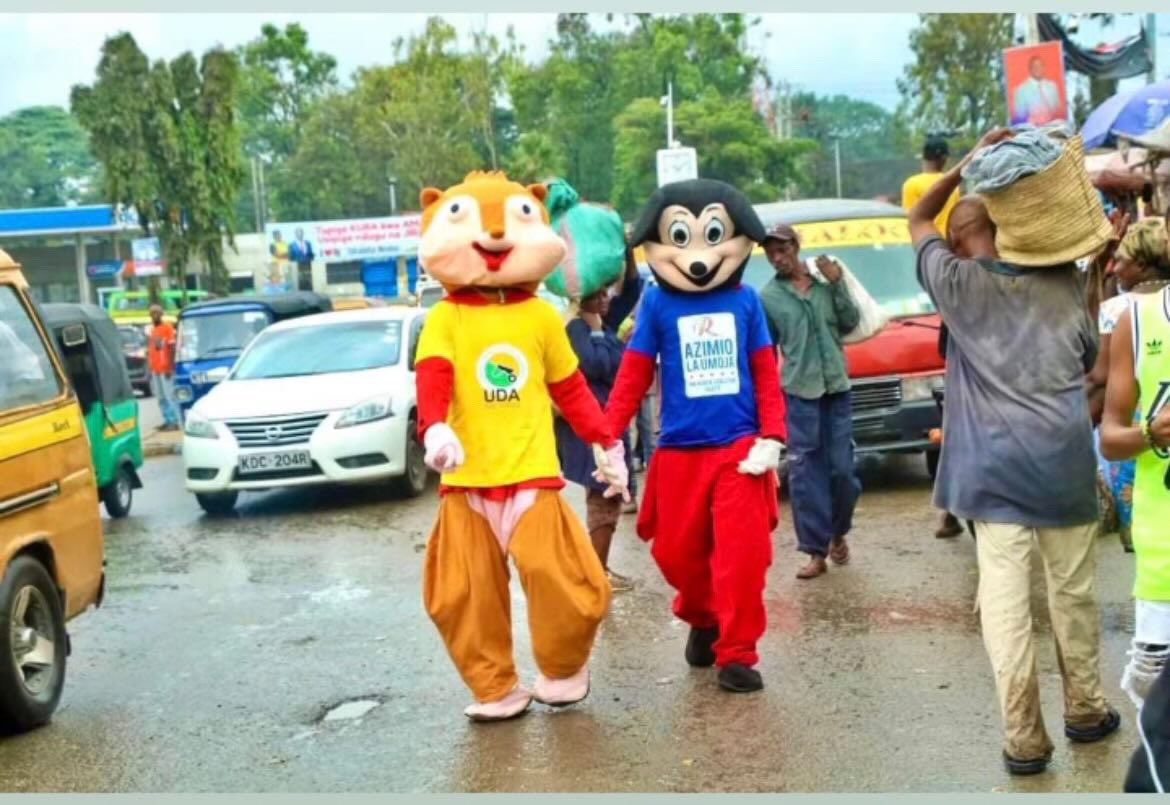 History In Pictures
@HistoryInPics
When alarm clocks were unreliable and expensive, a knocker-upper was a person whose primary job it was to wake people up. In the 1930s, Mary Smith in this image earned six pence a week by shooting dry peas out of a pea shooter at the windows of employees that weren’t waking. 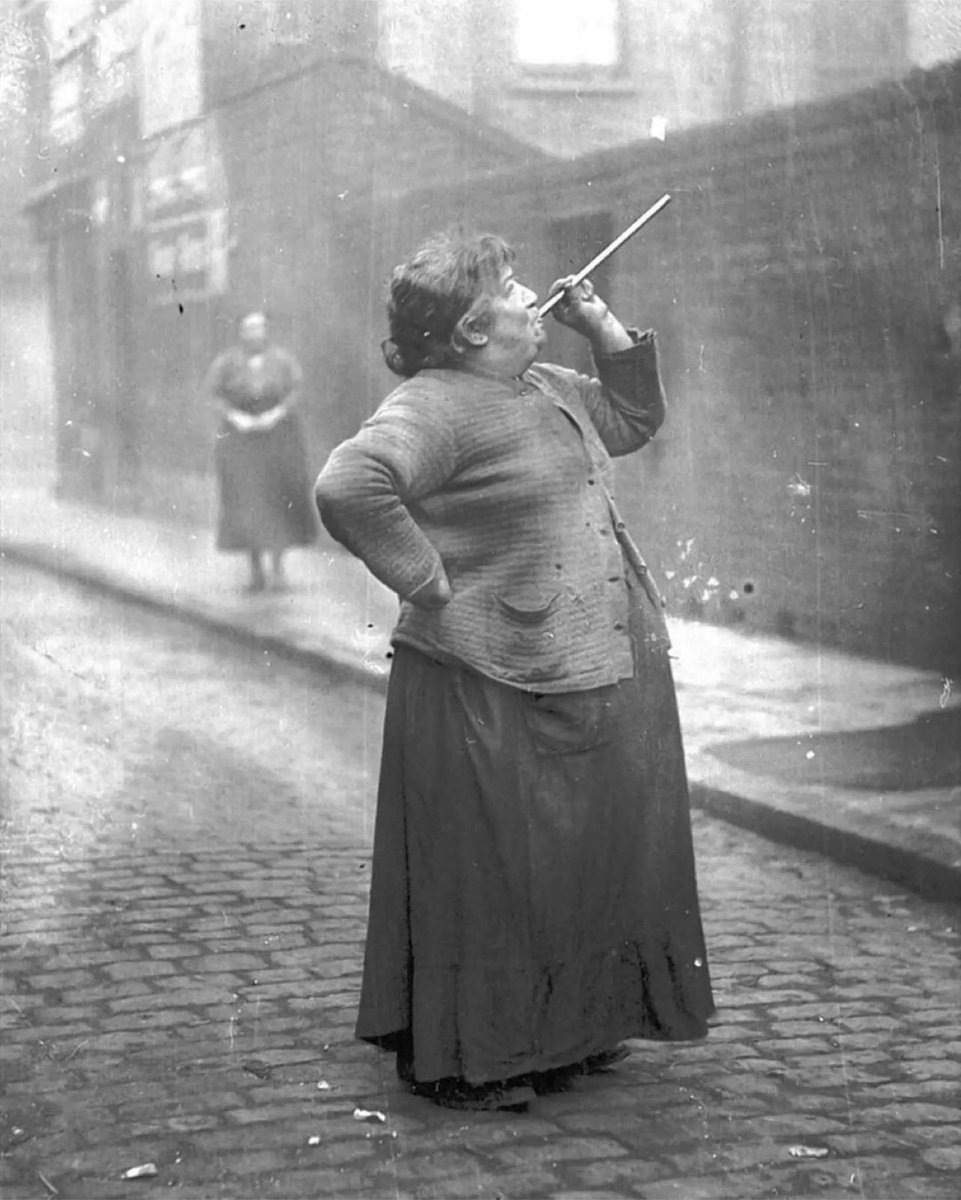 Irving Amukasa
@iamukasa
Kenyan devs are under reacting to the fact an Auditor told IEBC that there was a superuser called PostGres 😂😂😂😂😂😂😂
06 Aug, 2022 - 05:03 PM UTC

@AfUncensored
Our new piece, How to Alienate and Suppress Voters by @joy_kirigia looks into the different circumstances that make some voters miss out on exercising their right to vote, and the impact this has on the voters. 👉🏿 https://t.co/3VVfrQ4TES 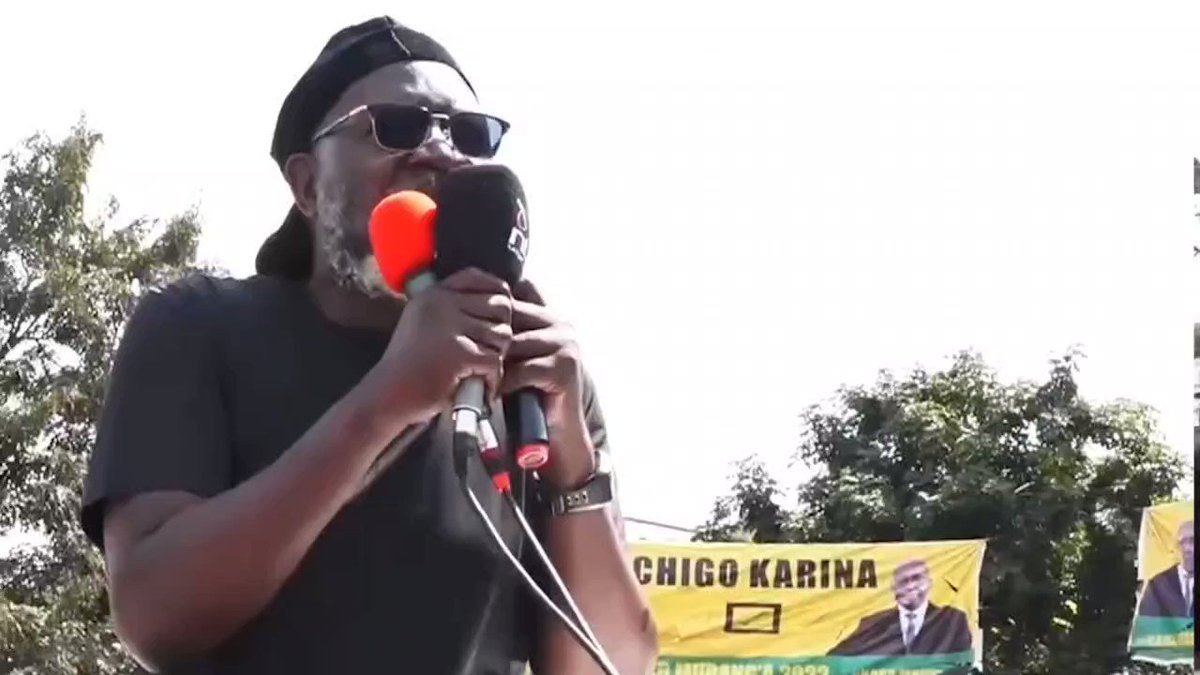 David Makali
@davidmakali1
The moderate attendance, enthusiasm and jaded speeches in today's final submissions @ Kasarani & Nyayo is evidence of fatigue with this campaigns as they wind up. Hopefully a winner will come through the first round. Another month or two for repeat or re-run would be punishing.
06 Aug, 2022 - 02:00 PM UTC

@TerryanneChebet
My first gig ever was hosting the morning news at Metro Fm. Way, waaaay way back in the day. I say gig because I was still interning and one of the producers who mentored us proposed my name to the head of Metro FM at the time that I was a likely candidate for Radio. 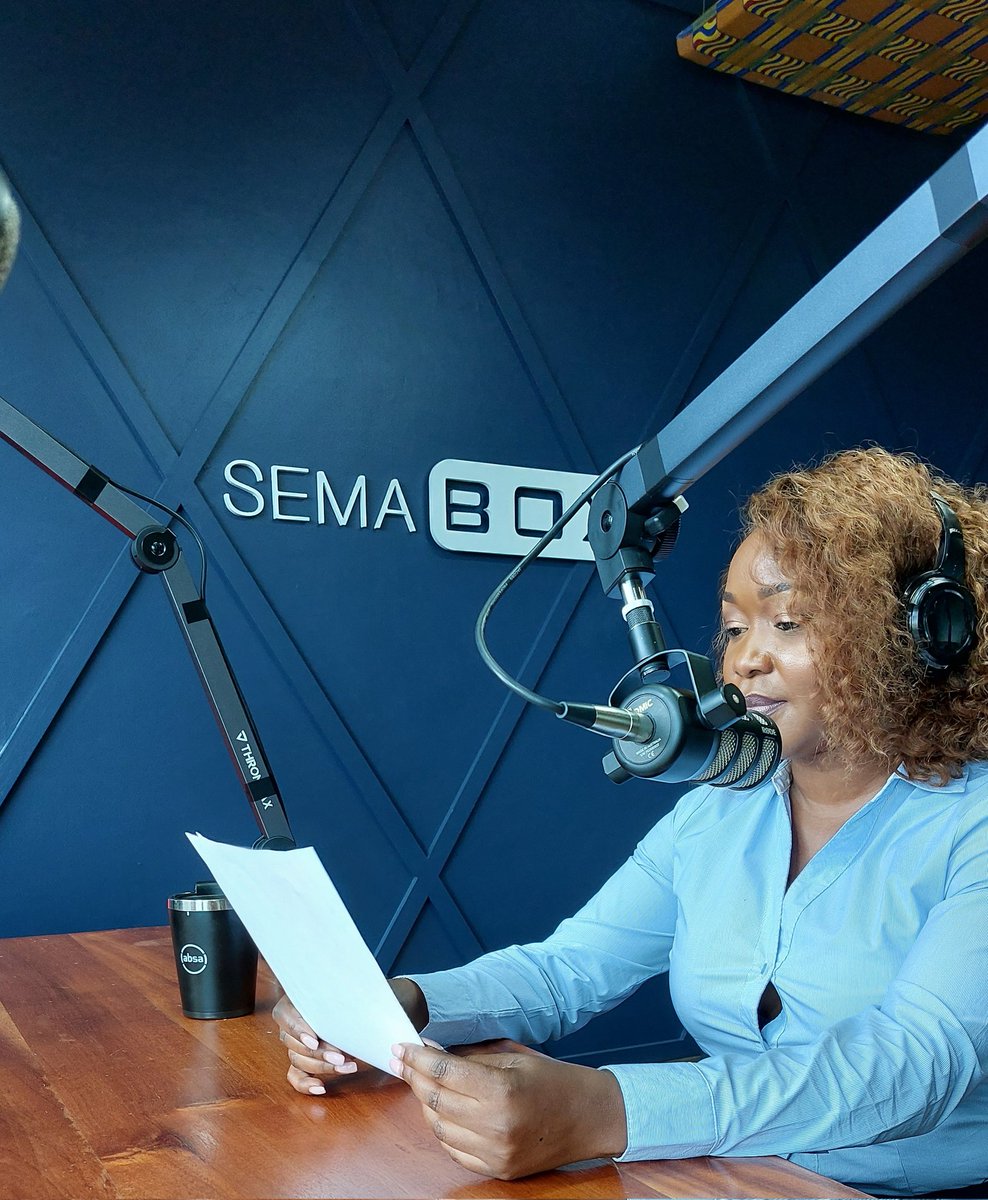