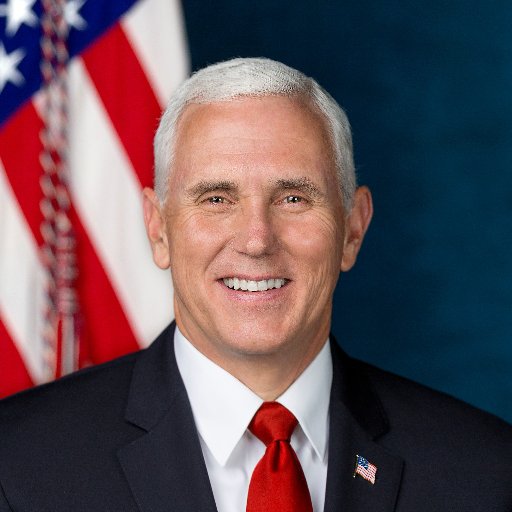 This is an archive of a Trump Administration account, maintained by the National Archives and Records Administration.
9,385 tweets
10,056,895 followers
19 favourites
1 tweets per day
2017 since
14 following
12,786 listed
Washington, D.C. location
https://www.trumplibrary.gov/ website
Follow @VP45 on Twitter

@VP45
Thank you for the privilege of serving as your Vice President these past four years, it has been the greatest honor of my life. On behalf of our Wonderful Second Lady, Karen Pence, and our entire Family, Thank You and God Bless America. 🇺🇸 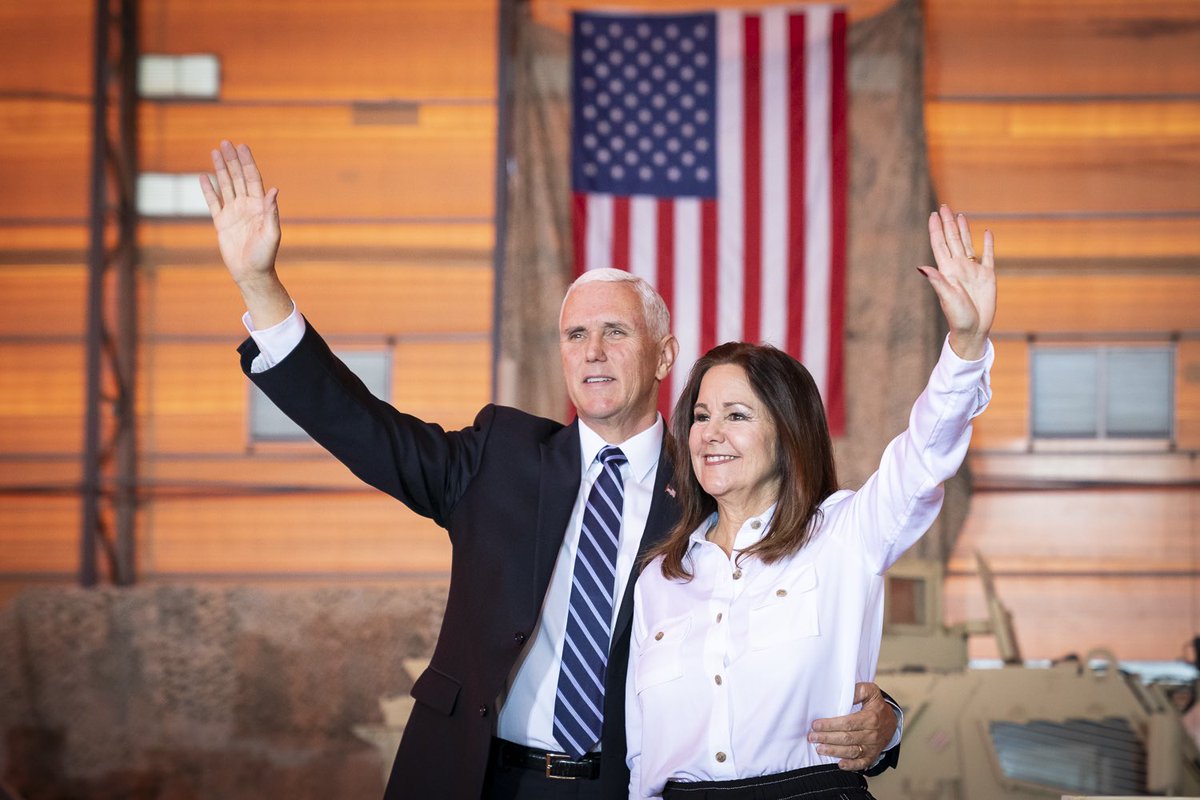 @VP45
Thank you for the privilege of serving as your Vice President these past four years, it has been the greatest honor of my life. On behalf of our Wonderful Second Lady, Karen Pence, and our entire Family, Thank You and God Bless America. 🇺🇸

Second Lady Karen Pence Archived
@SecondLady45
Thank you, America! It has been a great honor and privilege to serve as the Second Lady of the United States. Let’s keep in touch at @KarenPence. God Bless the USA! 🇺🇸 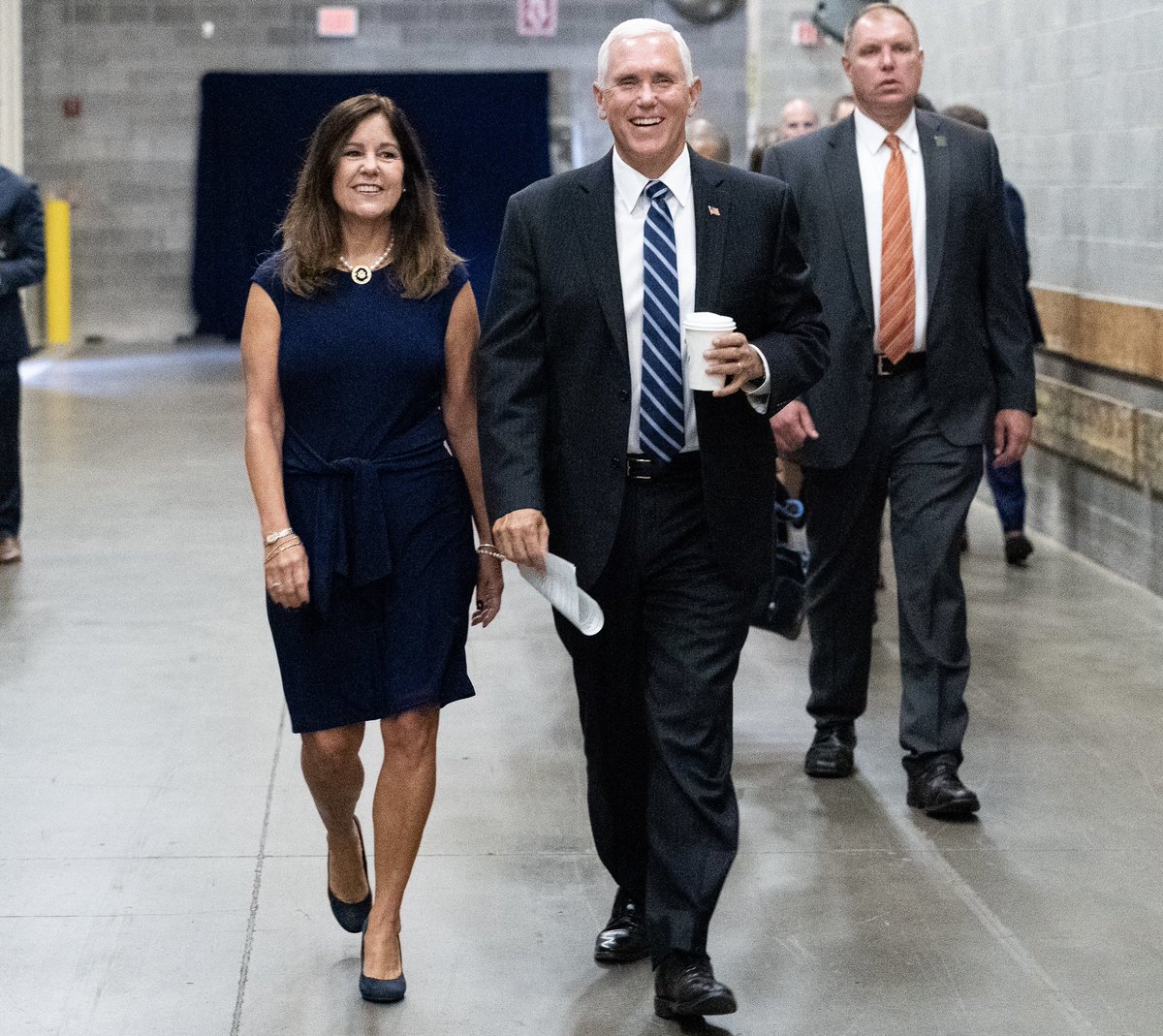 @Mike_Pence
Today we honor Dr. Martin Luther King Jr., a giant of the Civil Rights Movement who called on our Nation to live up to the highest ideals of our founding. We pay tribute to the incredible life & accomplishments of Dr. King & his memory will inspire us for generations to come.

@Mike_Pence
and emerge stronger and better than ever before. We will heal our Land, renew our strength, and the best days for the greatest Nation on earth are yet to come, for this one Nation, under God, indivisible, with liberty and justice for all.
18 Jan, 2021 - 01:35 AM UTC

@Mike_Pence
And looking out at all of you, and remembering the countless heroes we have met along the way these past four years, and the grace of Him who has ever guided the destiny of this Nation, I have faith that the day will come when we put these challenging times in the past...
18 Jan, 2021 - 01:35 AM UTC

@Mike_Pence
My fellow Americans, we’ve been through a lot this past year, but through it all, I have seen the strength and resilience of the American people shine forth. 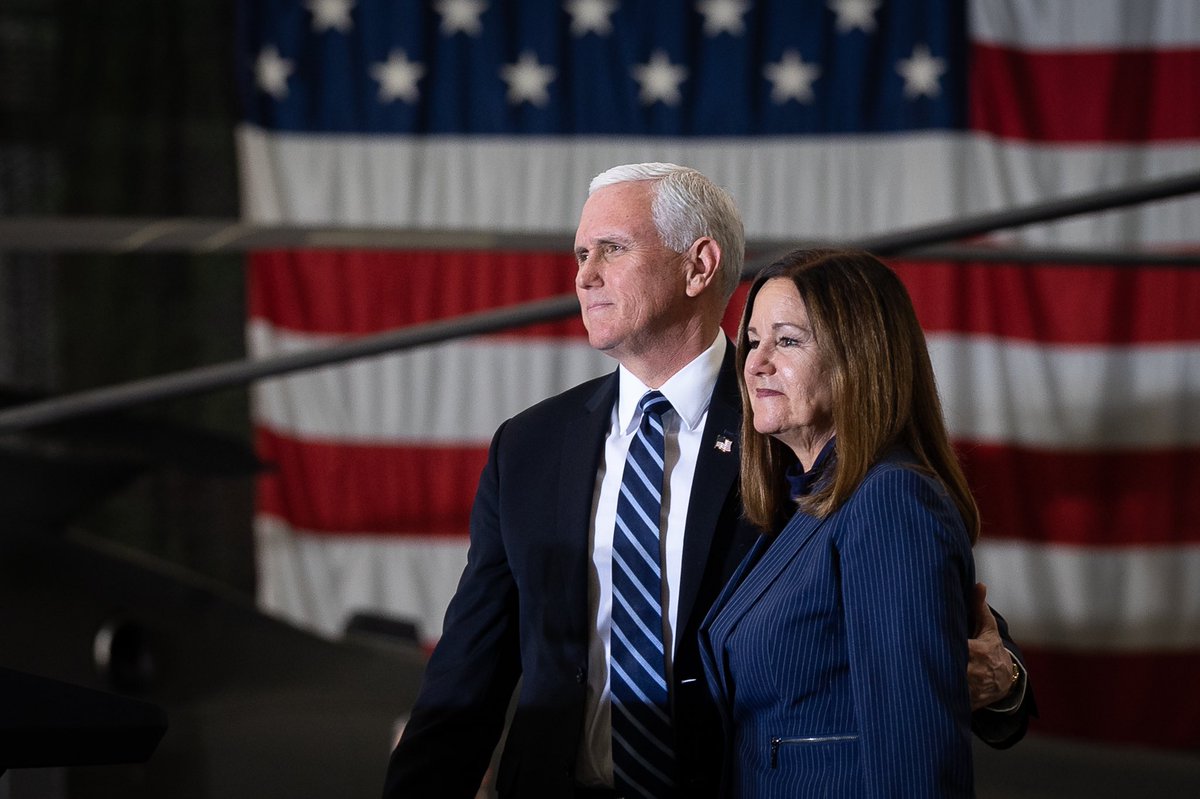 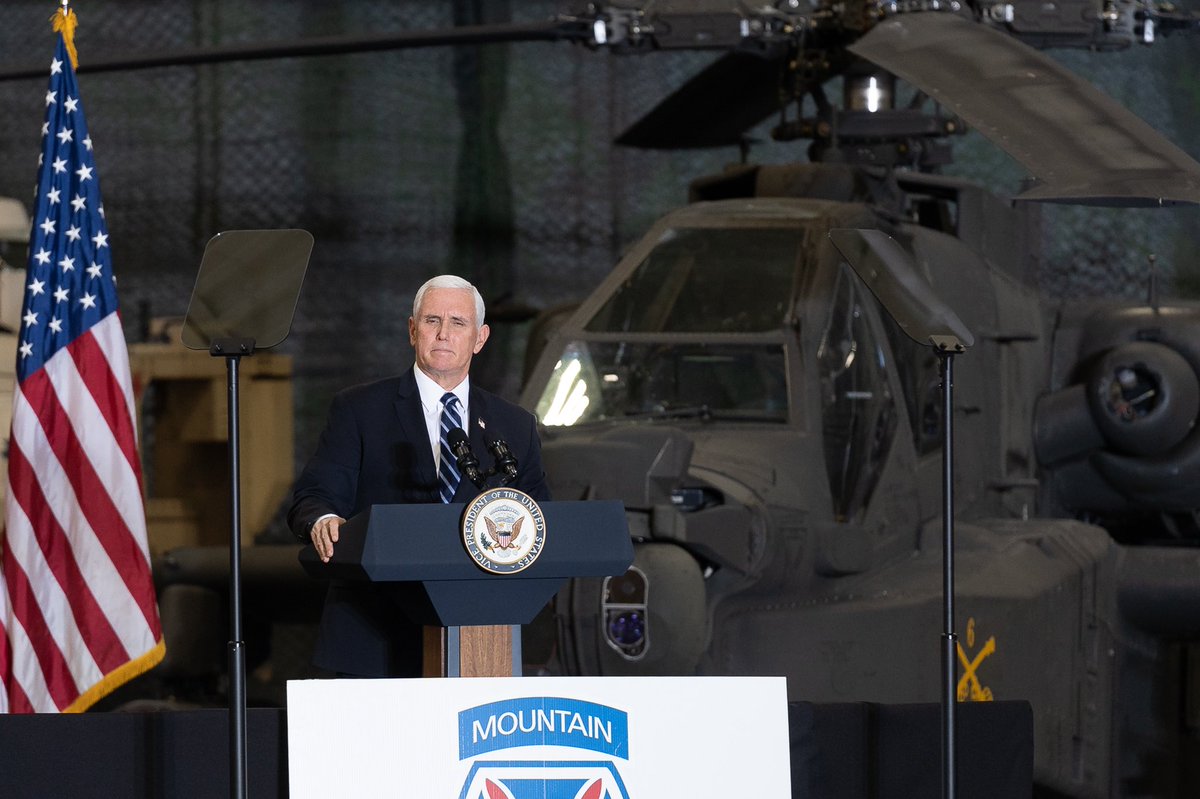 @Mike_Pence
From this very Fort, selfless patriots like you have been at the heart of the war on terror from the very beginning. And it’s because of you that we reached the 19th anniversary of that terrible day having had no major terrorist attack on American soil since.
18 Jan, 2021 - 01:29 AM UTC

@Mike_Pence
Since 9/11 the 10th Mountain has been the most deployed division of the US Army. 10th Mountain brigades have served a combined 46 deployments to Iraq & Afghanistan and one of the first conventional units to deploy to Afghanistan after 9/11 came from Fort Drum.
18 Jan, 2021 - 01:29 AM UTC

@Mike_Pence
Thank you to the men and women of the 10th Mountain Division at Fort Drum, you are the strength and the pride of the American people. America is the freest and strongest Nation in the history of the world and you secure that freedom and you are that strength. 🇺🇸 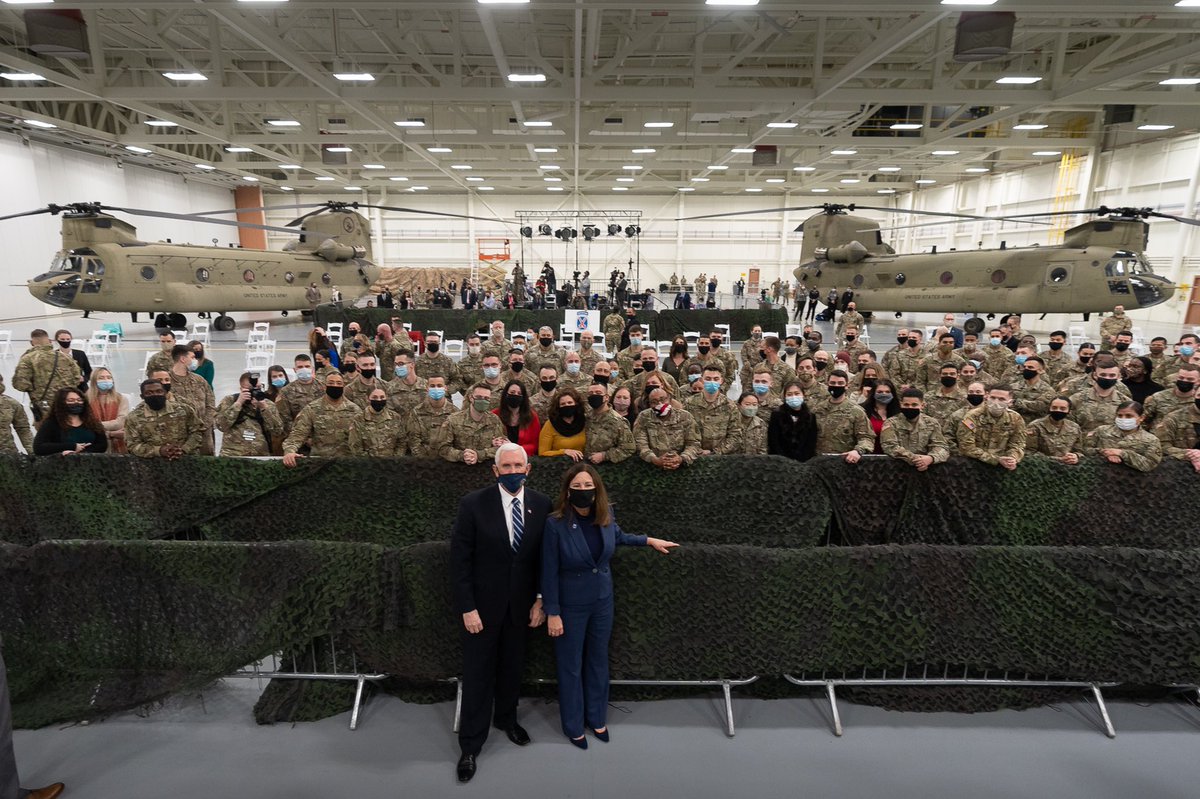 @Mike_Pence
Heading to New York with @SecondLady to visit our incredible men and women serving in uniform at Fort Drum! 🇺🇸 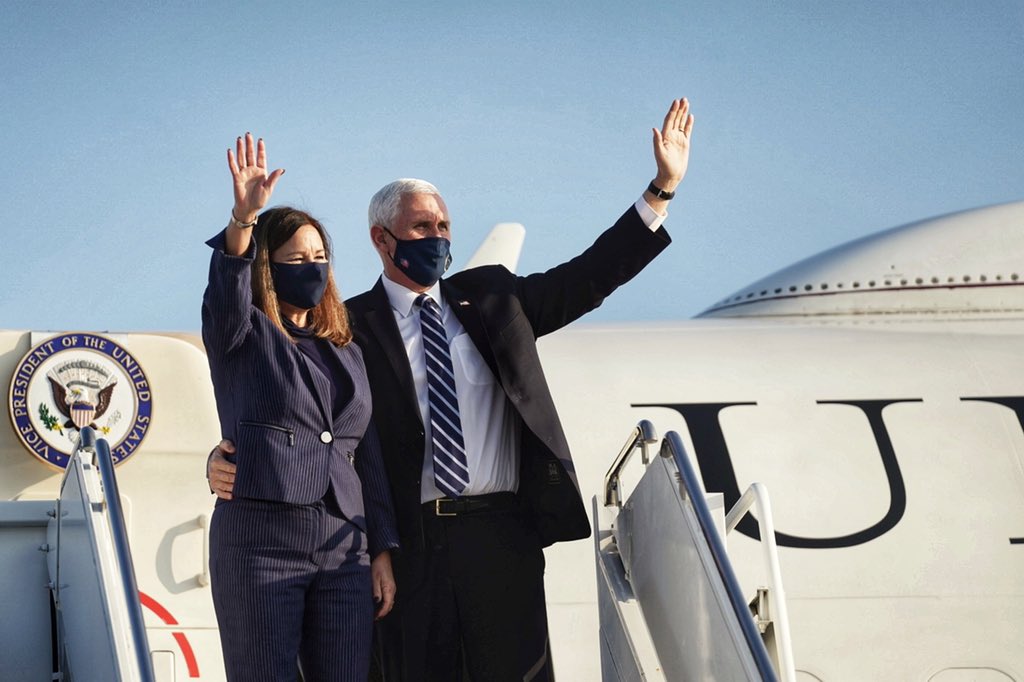 @Mike_Pence
Four years ago, we inherited a military that had been hollowed out by devastating budget cuts. Our troops hadn’t seen a significant pay raise in nearly 10 years, Iran was resurgent across the Middle East & ISIS controlled a land mass larger than Pennsylvania.
17 Jan, 2021 - 12:20 AM UTC

@Mike_Pence
After generations where America & our allies defended the freedom of navigation & the interest of freedom loving nations across the Asia Pacific, today, China is determined to expand Beijing’s influence across the region through military provocations & debt diplomacy.
17 Jan, 2021 - 12:19 AM UTC
@vp45's