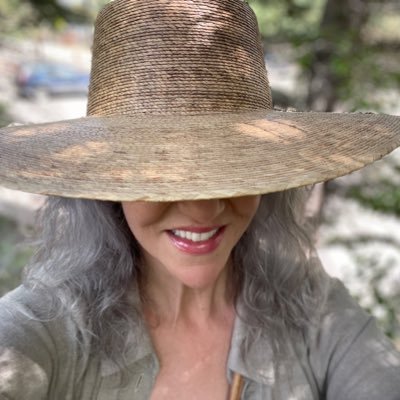 @xeni
Your weather, on LSD. Wait for it

@xeni
If anybody ever tells you drugs are the gateway to enlightenment just point them to Roger Waters
04 Oct, 2022 - 12:44 PM UTC

@xeni
Now all we need is Dennis Rodman inserting himself in the matter.

@xeni
This is significant and very not good

@xeni
Be willing to accept reality on its own terms, even when it reshuffles your world in uncomfortable ways. That’s what truth demands of us. The willingness to be a little uncomfortable. Things aren’t simple, and they’re rarely what they seem.
04 Oct, 2022 - 01:15 AM UTC

@xeni
I can remember seeing her perform this live on Soul Train. Saturday mornings were heaven for GenX kids. Patrice Rushen celebrated a birthday this week, she’s a legend and a genius.

@xeni
Markings prior to surgery. Pumpkin grown by one neighbor. A 6 year old girl who is another neighbor’s kid is the surgeon. Oh yes it’s on. #Halloween

@lorakolodny
San Francisco's newest restaurant Dogue provides fine dining for dogs- personally, the excess of this freaks me out. There’s a $75 tasting menu on the weekend. (You may yell at me now for yucking somebody’s yum.) https://t.co/5dlhDb41ge
05 Oct, 2022 - 01:43 PM UTC

@charlie_savage
There was apparently a docketing error and two still-sealed lists of potentially privileged FBI-seized MAL docs (A is gov docs & B is personal Trump docs) were briefly exposed; copy made its way to @ZoeTillman of Bloomberg who published them last night https://t.co/7YZl5M5mch
05 Oct, 2022 - 01:42 PM UTC 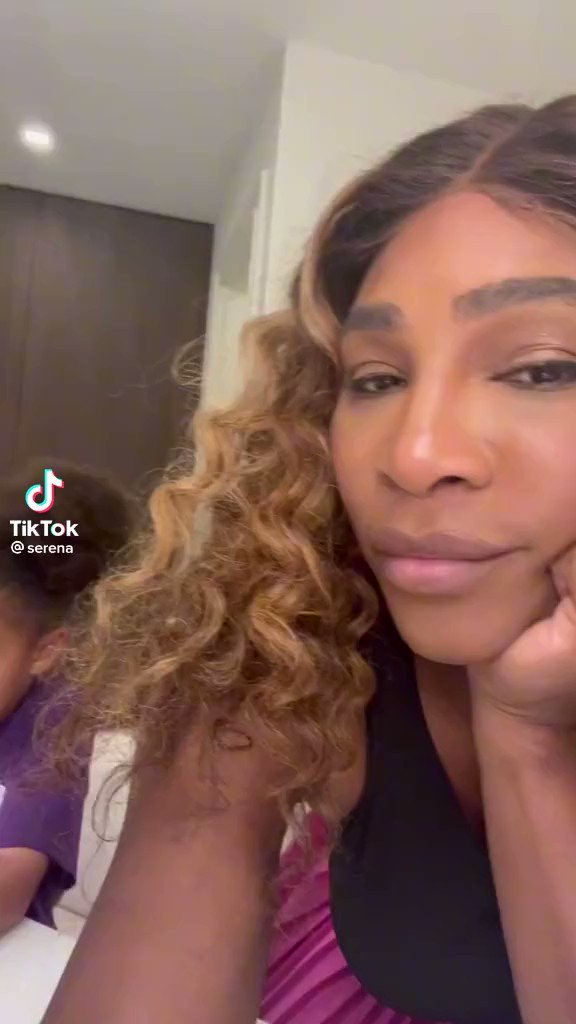 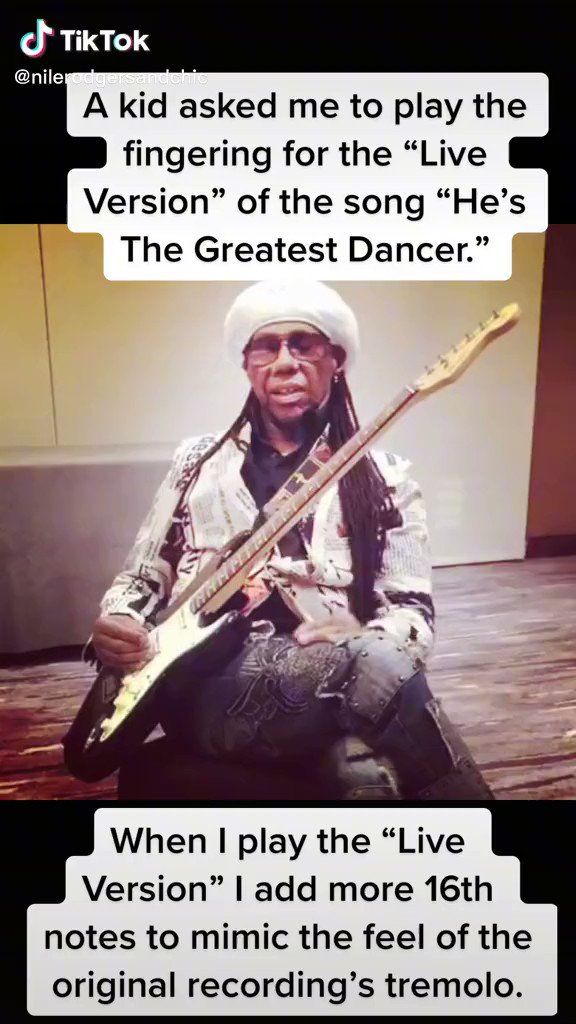 @carlquintanilla
“I think it’s time for a wholesale re-revaluation of the U.S. alliance with Saudi Arabia. .. I just don’t know what the point of the current alliance is, if we have to work so hard to get the Saudis to do the right thing.” ⁦#OOTT ⁦@_HadleyGamble⁩ https://t.co/UaKreDDJTF
05 Oct, 2022 - 11:06 AM UTC

The Times and The Sunday Times

@thetimes
Rod and Rachel Saunders were introduced to British viewers on BBC2 as world-renowned botanists who would trek the extra mile to find rare gladioli https://t.co/9fyZdbtKrq
05 Oct, 2022 - 07:16 AM UTC

@MichaelJStern1
When photoshop is used for good it is so much fun. 😆 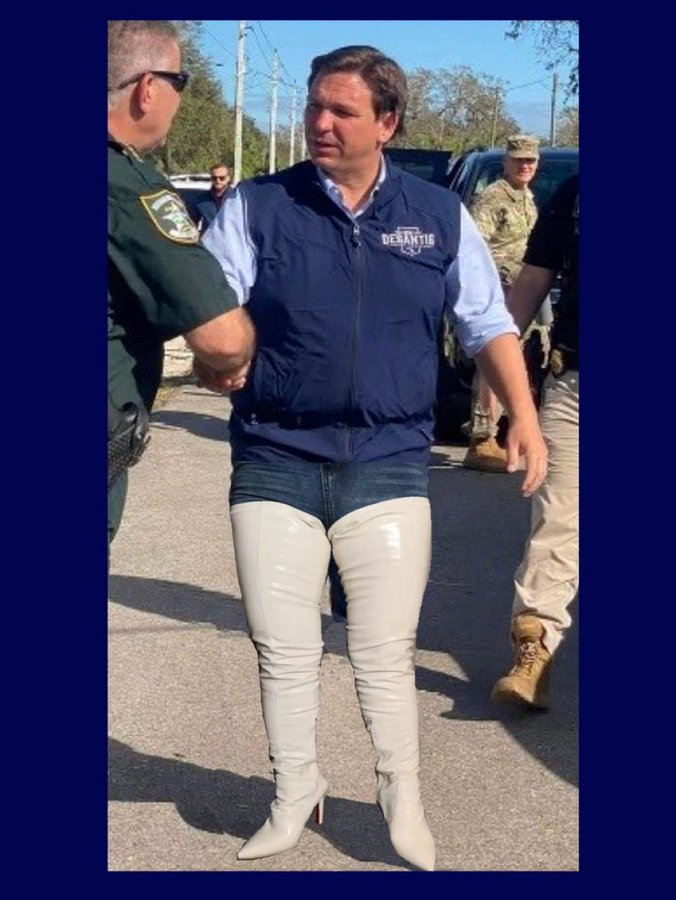 @NBCInvestigates
A drug mule managed to drive away from DEA agents after agreeing to cooperate with them following a 114-pound fentanyl bust. He’s now on the run. “This is a fiasco for the DEA,” one policing expert said. By @strickdc @stephgosk @richschapiro https://t.co/ibrhv9OIsP
04 Oct, 2022 - 09:01 PM UTC

@AaronKatersky
.@DEANEWYORKDiv and @snpnyc sound alarm over rainbow fentanyl after the first significant seizure in New York: 15,000 pills worth $300,000 in bright colors packed in a LEGO box meant to attract "young, naive buyers" 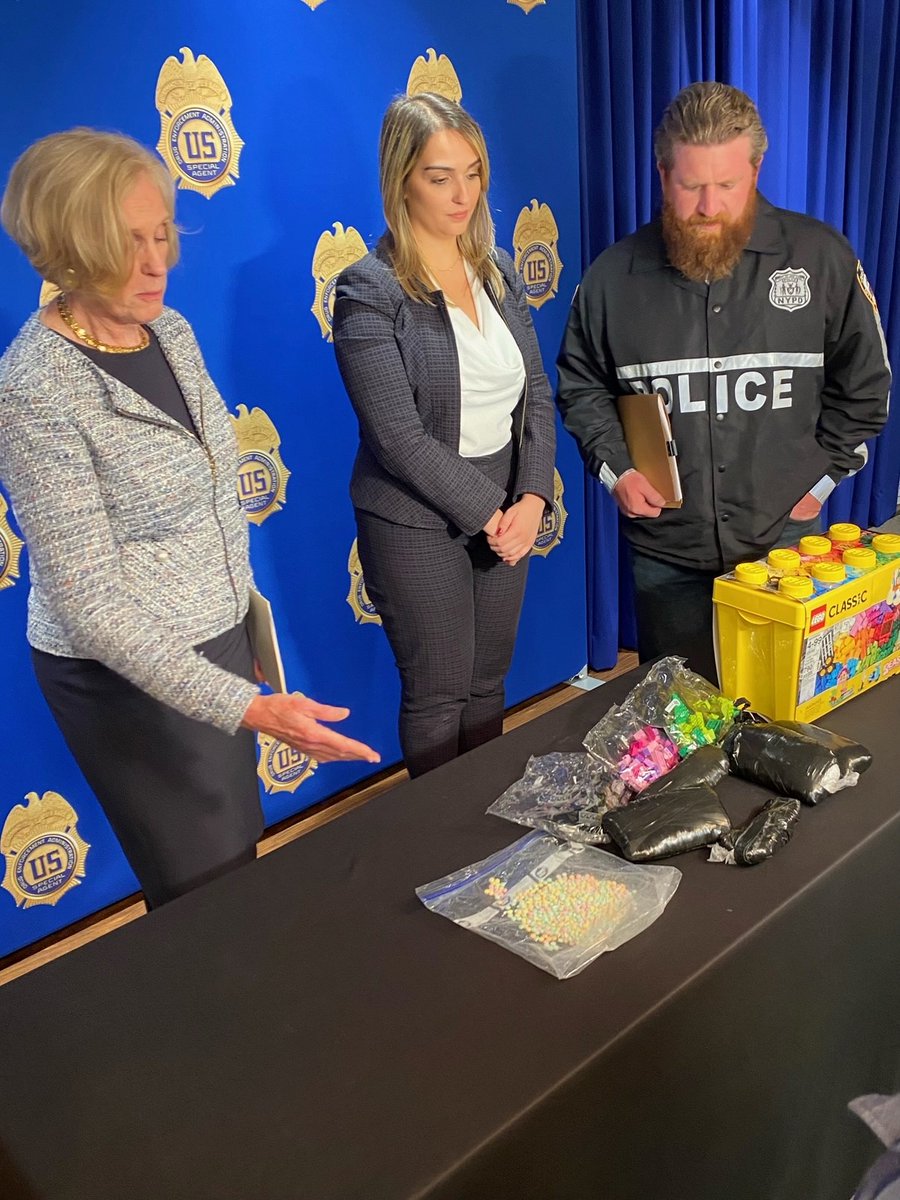 emptywheel
@emptywheel
Not seeing enough discussion about what Elmo thought would come out at trial that led him to offer to pay asking price to Twitter after all.
04 Oct, 2022 - 06:52 PM UTC

@oneunderscore__
For those of you asking: Yes, I do think this site can and will change pretty dramatically if Musk gets full control over it. No, there is no immediate replacement. If it gets done early enough, based on the people he's aligned with, yes, it could actually affect midterms.
04 Oct, 2022 - 05:02 PM UTC

@Tom_Winter
NEW: CNBC's @davidfaber reports that Elon Musk is, in a letter to Twitter, proposing to close the Twitter deal after all at $54.20 per share in return for Twitter dropping its lawsuit against Musk. The deal could close fairly quickly, Faber reports.
04 Oct, 2022 - 04:41 PM UTC

@Tom_Winter
NBC News: Jason Duhaime has been arrested by the FBI for allegedly making up a story that he was injured as a result of a bomb at Northeastern University several weeks ago and that the threatening note that was found on-scene was saved on a computer in his office, court docs say.
04 Oct, 2022 - 02:38 PM UTC

@AP
Loretta Lynn, the Kentucky coal miner’s daughter whose frank songs about life and love as a woman in Appalachia pulled her out of poverty and made her a pillar of country music, has died. She was 90. https://t.co/ATdwml7dpA
04 Oct, 2022 - 02:28 PM UTC

@CarlSchreck
Just gonna translate this headline from Russian paper Moskovsky Komsomolets straight: "A Russian soldier with the call sign 'Cannibal' appeals to those mobilized. 'Cannibal' complained that since [Sept.] 19, only 7 out of his 23 people remain, and that's why he needs people." 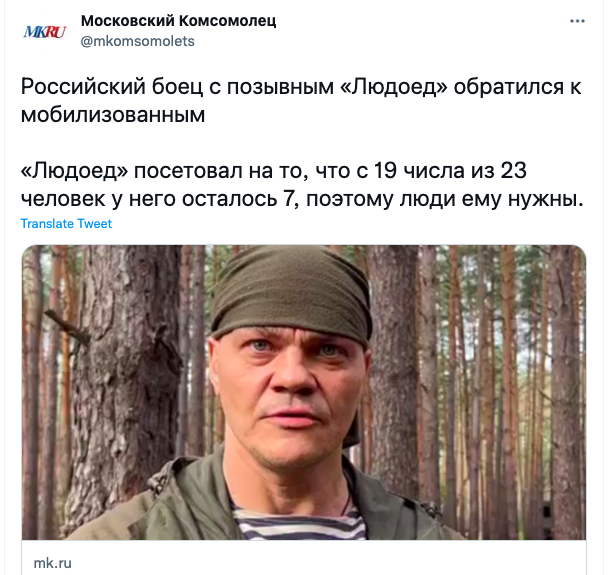 Nervana Mahmoud
@Nervana_1
I am still stunned by Elon’s reply: 🔺He thinks donating to Ukraine gives him the right to donate part of Ukraine to Russia 🔺He is telling brave @Kasparov63 who stood against Russian oppression that he did nothing other than tweeting. Deeply sad to read this @elonmusk https://t.co/uiIEsXJV6z https://t.co/c8UjjKANcJ
04 Oct, 2022 - 11:59 AM UTC 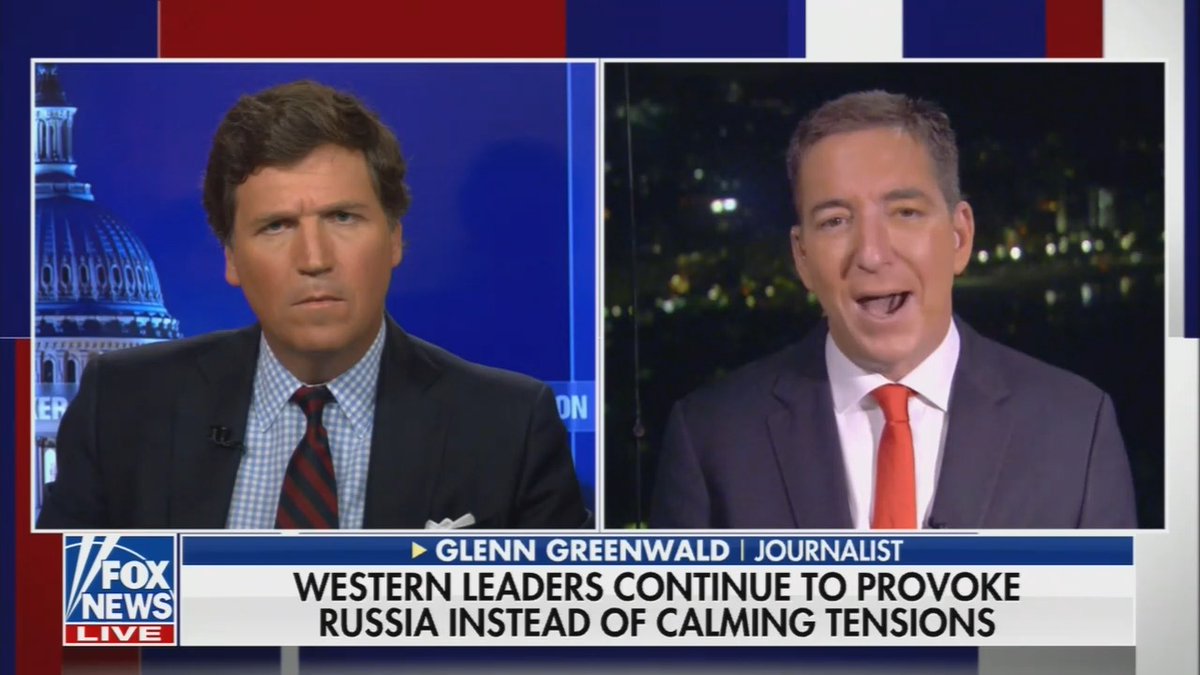